Phil and I went over to Partizan earlier today, a much anticipated event in our gaming calendar. We were not disappointed I'm happy to report! 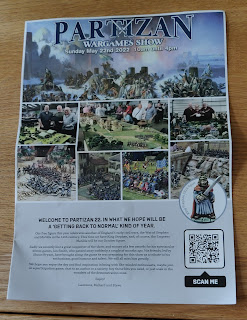 We arrived about 40 minutes after opening to find no queue and no free figure on entry. All gone already they said. No surprise as the show was literally rammed full of happy gamers relieving themselves of the contents of their war chests, or joining in with games, or just admiring the quality of the multitude of top notch display games! Here are a few shots from games which struck me particularly as epitomising the very best of our glorious hobby ~

Two pictures of an ACW game, not in 28mm scale! I particularly liked the burning town and the river gunboats.

An Elizabethan set to? I forgot to ask, oops!

Waterloo! A staple amongst Napoleonic Wargamers', featuring a splendid model of the chateau of Hougoumont.

Perhaps B Troop ain't coming back after all?

Dark Ages set to! Some splendid chaps on view there.

Two shots of the Perry Miniatures' Battle of Dorking game. Perhaps subtitled 'what to do when the French are late?'

Two shots of the Claymore Castings/Dave Imrie game. Lots of figures sculpted by Matt there! 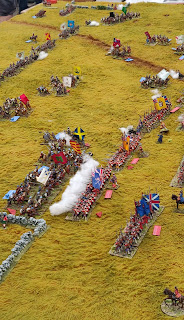 The Iron Brigade' s ACW game by Kevin & Peter! My personal favourite amongst the games, not that I'm biased you understand...😉 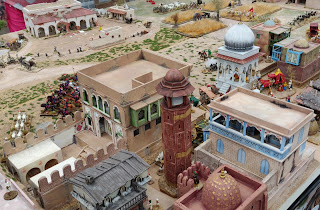 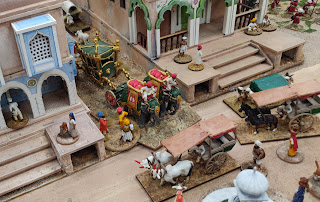 Some details from the Boondock Saints' Indian Mutiny game. I might have spent hours looking at all the little details here. 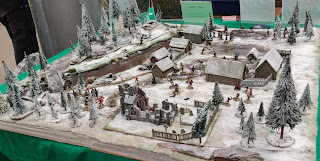 Cold enough for you? A splendid winter table here, one of the best I've ever seen. Quite made me shiver! 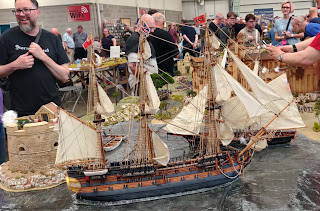 Shaun's memorial game for his friend Ian Smith, a super 40mm game. Loads of bespoke stuff on show, soon to be sold on I'm told. 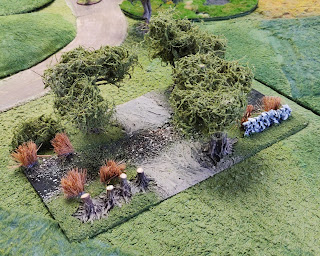 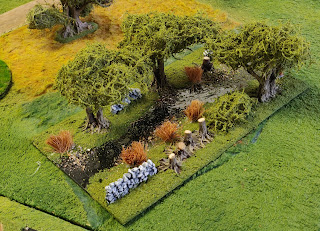 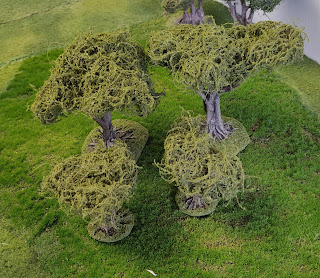 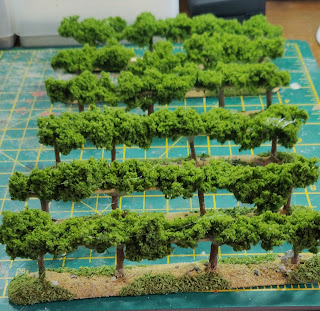 From The Last Valley, bespoke terrain for the discerning wargamer! 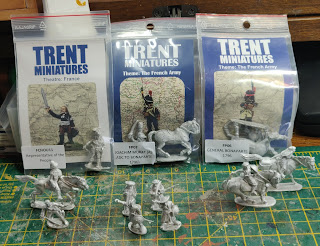 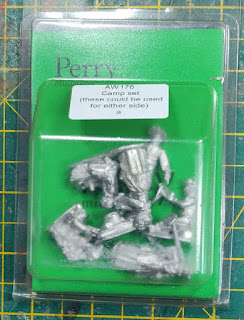 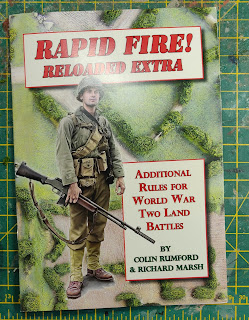 The second installment of Rapid Fire Reloaded, the new version of a hobby favourite. A kind gift from Colin Rumford. 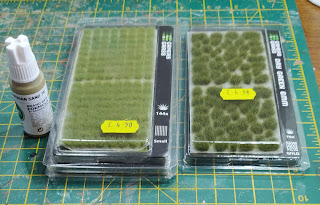 From Great Escape Games, paint for my 144 15mm Russian infantry and more tufts! 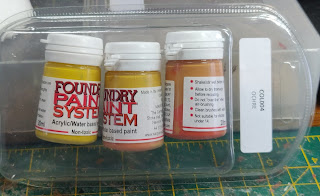 From Foundry, a paint triad, Ochre.

From Warbases, who else, a base for the second half of my 15mm German factory and the 40x50mm bases for my F&IW expansion project!
Amongst all the joy of attending what is now our 'local' show, a mere 2 hours away, I particularly enjoyed putting the hobby to rights with chums Aly Morrison, Colin Ashton, George Anderson, Kevin & Peter, Colin Jack, Dave O'Brien and many others! I even met Jon! {Obviously not too busy today?} My next show? The Other Partizan in October. It seems thebastardcovid is playing havoc with our hobby still.
Posted by David at 12:24