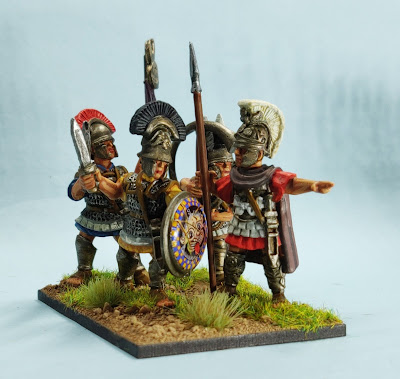 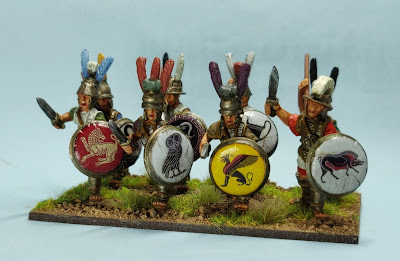 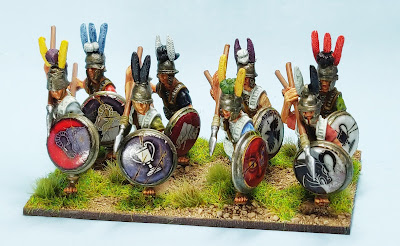 As I'm steadily working through the last 20 figures for my Punic Wars project, in the shape of a unit of Allied Italian infantry for the Carthaginian army, my mind has been focusing on what I should paint next. With that in view I sorted out the RUBs under my desk containing the Lead Pimple. There are enough units there to keep me entertained amidst all this ongoing pandemic malarky but I also fancied something new. Well, I'd guess as fellow wargamers you'd all understand that.

I must say at the outset though that I didn't really fancy two whole new armies, so I looked rather at what I might add to existing collections to give a different game. I looked at expanding the F&IW or adding a British Intervention Force to my ACW set up but in the end neither really gripped me. Now, as it happened I'd received a copy of The White Mughals by Dalrymple as part of a Christmas gift and that started me thinking about games set in India around 1800. It's immediately clear that numbers of irregulars and my Raja's Guard can be pressed into service from my Indian Mutiny collection, while some Canadian Militias from my War of 1812-15 collection can proxy for British and E.I.C. European battalions. 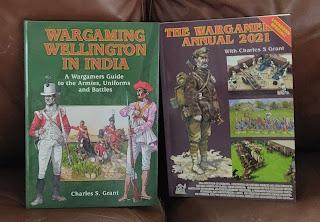 The Wargaming Wellington in India is an obvious beginner's choice and at first read through seems really useful in planning the additions I'll need. The Wargamers' Annual I always enjoy and this one has the added advantage of numerous pictures of a display game of the period!

So, having decided what I would work on during the coming months I also decided on a semi-imaginations approach. The games will be set in the fictional Indian state of Pendawar, which for the geographically challenged neighbours Rhanzlistan. I took the plunge then and ordered up some figures: guns for the army of Tippoo Bykha from AWM; Matchlock men, camel gunners and artillery crew for the guns, together with Bengal Horse Artillery and 9lb guns from Foundry; and lastly,  Bombay Sepoys and British infantry in round hats from Perry Miniatures. Together with the figures I've identified as already available in GHQ these will form the basis of the game. (The guns from AWM arrived yesterday! I call that exceptional service in the circumstances.)

Now I'll obviously have to add cavalry to both sides and some foot artillery for the E.I.C. army, but that must await funds later in the year. We'll see how it goes, shall we?

Email ThisBlogThis!Share to TwitterShare to FacebookShare to Pinterest
Labels: Projects 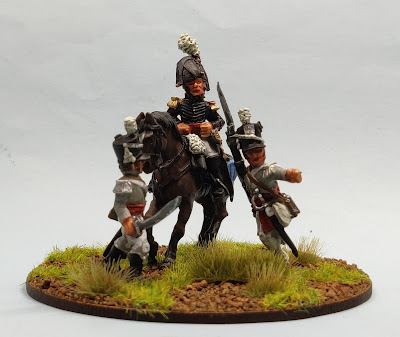 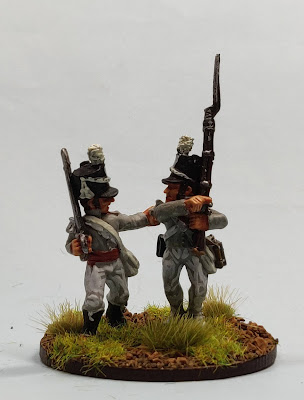 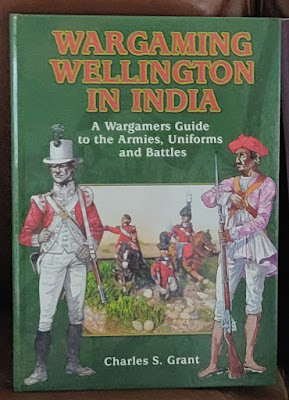 ...and the last of the Republican Roman army at last! These are more Aventine Miniatures from the bargain purchase from fellow gamer David. I had no suitable shield transfers from LBM in stock and frankly couldn't be bothered to order one set and pay £1 postage, so I just opted to paint the shields this one time. {No doubt in games to come that different look will infuriate me, but it will have to do!} I found a spare vexillum transfer though in the right colour so I did use that at least. Anyway, here they are, The Last Levy ~ 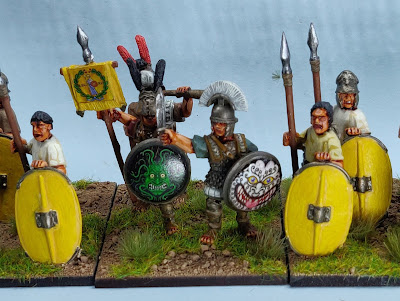 I'm just left now with a 20 figure Allied Italian infantry group equipped with long spears and Hoplons, for which latter item I have enough LBM shield transfers in hand. These will complete the Carthaginian army and with that the project. 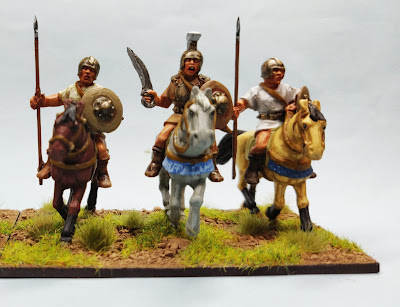 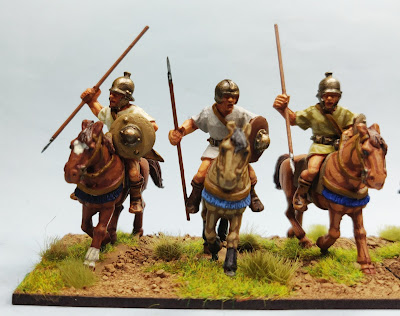 I know, I know; I said I'd take a break from bronze! And I did, honest! I completed the 28mm cabin I'd made from Warbases' bits and bobs. Truth is it's rather uninteresting to look at, just a cabin really, hence no dedicated post about it. See ~ 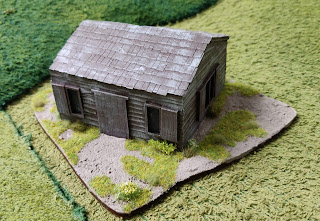 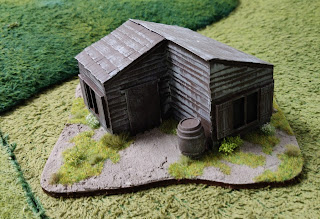 So, these 28mm Iberian heavy cavalry from Wargames Foundry figures were sitting on the painting desk, minding their own business, and I just thought they'd look better painted, so, here they are ~ 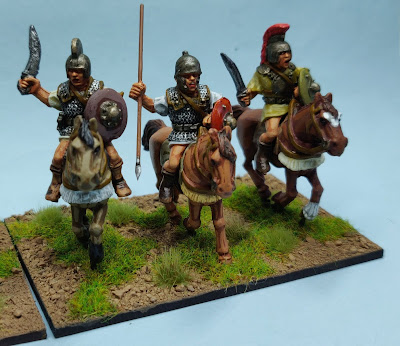 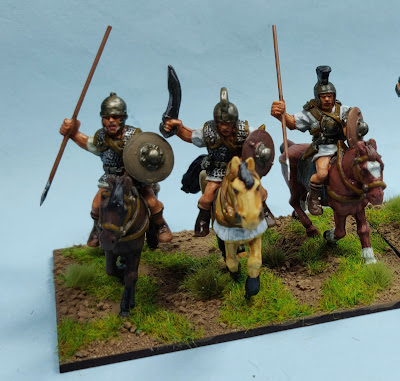 The sculpting is clear and easy to paint, an important issue for we aging wargamers I've found. The poses of horses and riders are not as lively as they could be perhaps, and a little more variety might have been preferred, but they do the job I think! No doubt you will have your opinion on these matters too!

I've a further six figures to paint as Light Cavalry, the sculpts lacking in mail or bronze body armour. That leaves two Aventine units to paint at some stage: the unit of Levy and a unit of Italian Allied infantry for the Carthaginian army. I need shield transfers from LBM for the former, but the latter have hoplon shields and I've enough LBM shield transfers in stock for those.