I made it back home yesterday from our trip to New Zealand after an epic 30 hours and 20 minutes of travelling! What better way to fight the bodily and mental effects of feeling awfully tired than to make a Blog post? Well, probably loads come to mind, starting with sleep, but this will have to do for now...
Before our trip, which was largely driven by Sue's desire to see the country, I think my knowledge of New Zealand was almost non existent; perhaps limited to a little about their cricketing exploits - I once saw them play England at cricket when I was a school boy {back in the day when we used to win games against minor cricketing powers, unlike recent efforts!} - and eating lamb for Sunday lunch! As to the history of the country? Well, almost nothing, so I have learned quite a lot in the past five weeks. I became particularly interested in the Maori culture as the trip developed, and having seen the excellent range of figures produced by Empress last year, I thought I'd post a few pictures from my trip for anyone who is tempted to dabble in one of the less well known of our Colonial C19th conflicts. Firstly, two dioramas from the New Zealand National Army Museum ~ 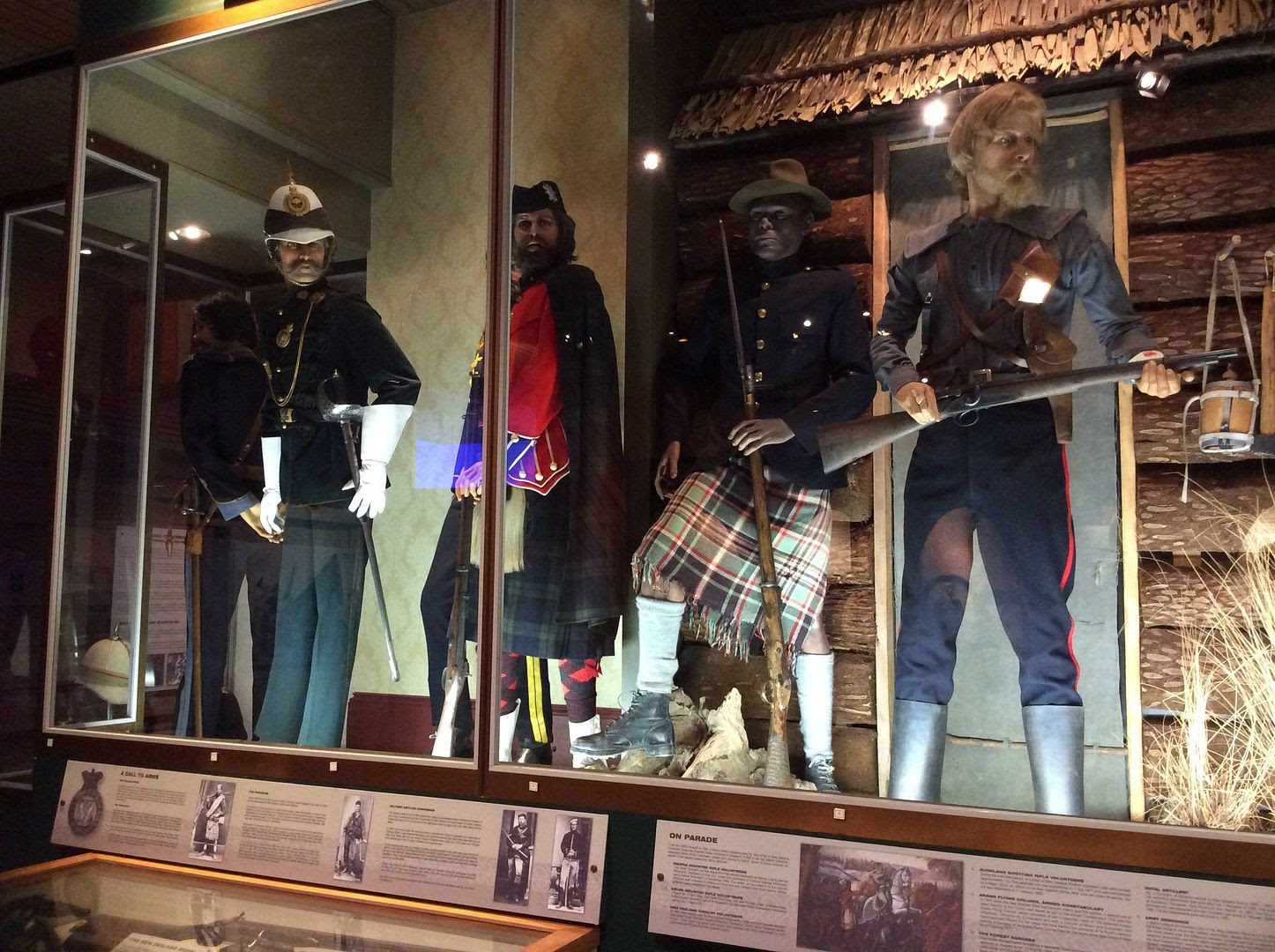 Some ideas of the buildings, fortifications and terrain from the North Island ~

Finally, one or two self conscious snaps to amuse the bored reader ~


The figures for the Maori Wars are out there with Empress and Eureka in 28mm, the latter having both Maori warriors and Colonial Militia, but you might be put off by the thoughts of scratch building the terrain. Fear not, its already out there in 3D Print format. To view the stunning whole in a game setting ~
https://arteis.wordpress.com/2015/03/11/worlds-first-3d-printed-maori-pa-completed/
There is heaps more inspirational stuff to see on the thread under the Maori Wars label too.
The source of the files ~
http://www.printablescenery.com/16-buildings
As to the war canoe; well I bought a dapper little wooden model one in a souvenir shop, so that's sorted!
I am very tempted to try this for small scale skirmish gaming you know... Meanwhile I'll paint some more Austrian infantry, but not today if you don't mind.