I have finished one figure to represent an officer in command of the Pendawar Presidency's Bodyguard for the CinC of the Army of the Pendawar Presidency. You may recall that they are AW Miniatures figures with the very large turbans worn by Native Horse of the period. This figure is a Trent Miniatures' Irish Yeomanry (without carbines) and makes a decent rendition of an officer for the unit with the addition of the tropical helmeted head Trent make. 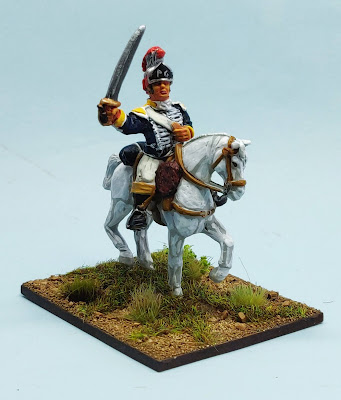 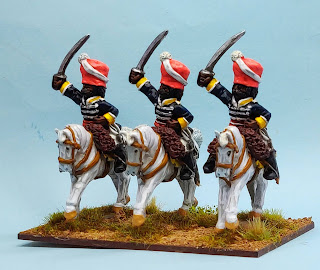