The latest addition to my ongoing Tales from Pendawar project comes in the form of the 4th Native Infantry Regiment. The figures are once again from Perry Miniatures, the flags by chum George Anderson, and the bases from Warbases, as ever. 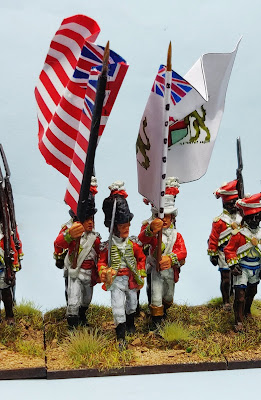 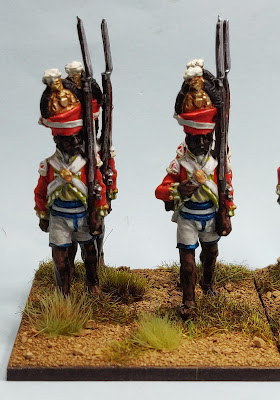 I painted the framed turban red rather than the blue of all the others to remind me of the fictional backstory I've developed for them ~ their predecessors, during the SYW conflict on the sub continent, carried an enemy battery at the point of the bayonet despite grave losses. As an acknowledgement of their martial achievement they were awarded the distinction of red rather than the customary blue colour. In truth I got the idea from the picture below ~ 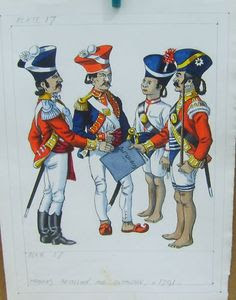 I'm turning next to the horse artillery for the Army of Pendawar in the form of two six pound brass guns and crew. The more knowledgeable amongst you will come to  recognise the figures as being from the Foundry Sikh Wars range, but we'll gloss over that slight time anomaly for now if you'll humour me.