An overlooked naval hero, serving in the American Revolutionary War, the French Revolutionary War and the Napoleonic Wars, as well as in the Swedish navy in the Swedish-Russian War, and now available from Wargames Illustrated in their Giants in Miniature range.
I picked up the figure at the recent Hammerhead wargames show, as my War of 1812-15 sailors and marines lacked a suitable command figure for their landing party. Here he is in close up and in action, as befits a hero ~ 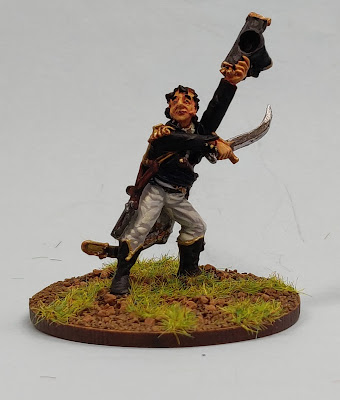 Dan has signed off my efforts as regards the photographs to accompany my War of 1812-15 article in Wargames Illustrated, whenever it may next appear of course, so I have been stood down and can revert to my status as keen amateur!
Posted by David at 06:24