I mentioned in an earlier post on my last ACW unit, the 10th Tennessee, that the figures had languished in the Lead Pimple for a couple of years or so. These good ol' boys shared their wait in the queue for their moment under the brush so I thought it only right to see that they were completed too. As ever they are Dixon Miniatures with flags by Flags of War and bases by Warbases. The base texture is the last of my old pot of Colour Party Basetex, the Dried Earth version. (I've had to buy a new pot, something I thought I'd not have cause to do, but just before the lock down came into force I'd received an order from Dixon Miniatures - a 20 figure Union regiment and an 8 figure Union cavalry regiment.) Anyway, back to the latest addition to muster in to my Rebs, the 3rd Louisiana ~ 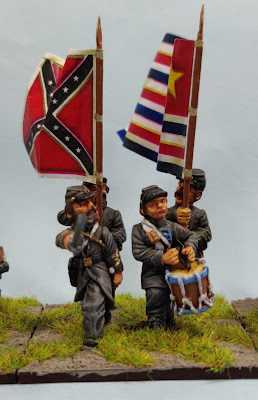 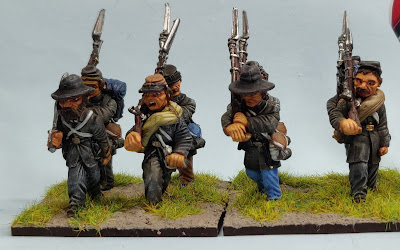 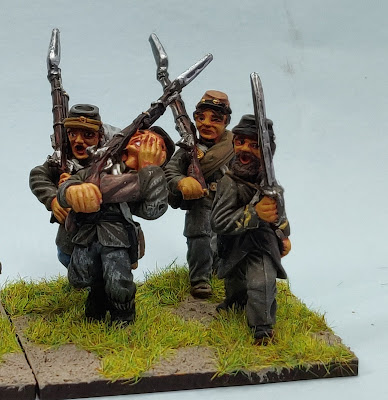 Continuing my ACW theme I picked up the Redoubt Enterprise's Confederate seated general set from Colonel Bill at Hammerhead, so I thought I'd tackle those next. I've added a few bits from stock to help create a point of interest. After those I have a set of Perry Miniatures Union personalities - Howard, Sickles and Sykes. I'll need other figures to accompany these and as Perry Miniatures are currently closed that will have to wait I'm afraid.
Posted by David at 07:22