Start As You Mean To Go On!

So 2016 is here and 2015 is a mere, if pleasant, memory. Let's hope the New Year will bring even more hobby enjoyment than the old one did for us all! I had intended to add these photos to my end of year review blog but Photobucket was in a non cooperative state and would n't permit linking to any photos, so here they are in the first post of the New Year!

The skirmish bases for the second Austrian Hungarian infantry regiment, although I've not painted the main regiment figures yet as I'm short of one or two standard bearers. As usual the figures are Trent Miniatures while the bases' detritus are from the excellent range by Irregular Miniatures ~

The first of my Austrian Hungarian infantry regiments for my Wars of the French Revolution project, IR33, complete with its two skirmish bases ~ 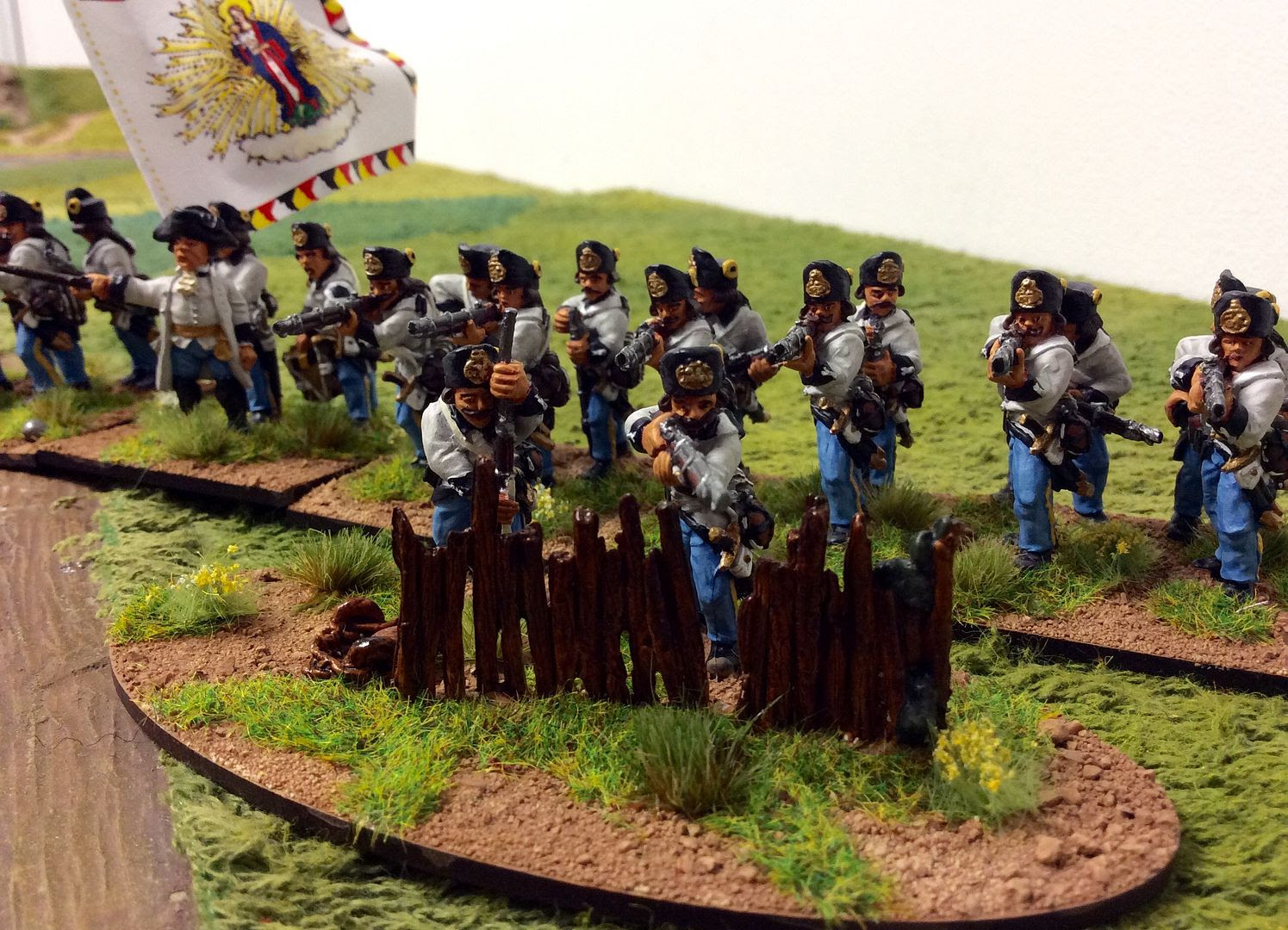 The opposite end of the line with the second skirmish base, canon balls are left over 'green stuff' for effect ~ 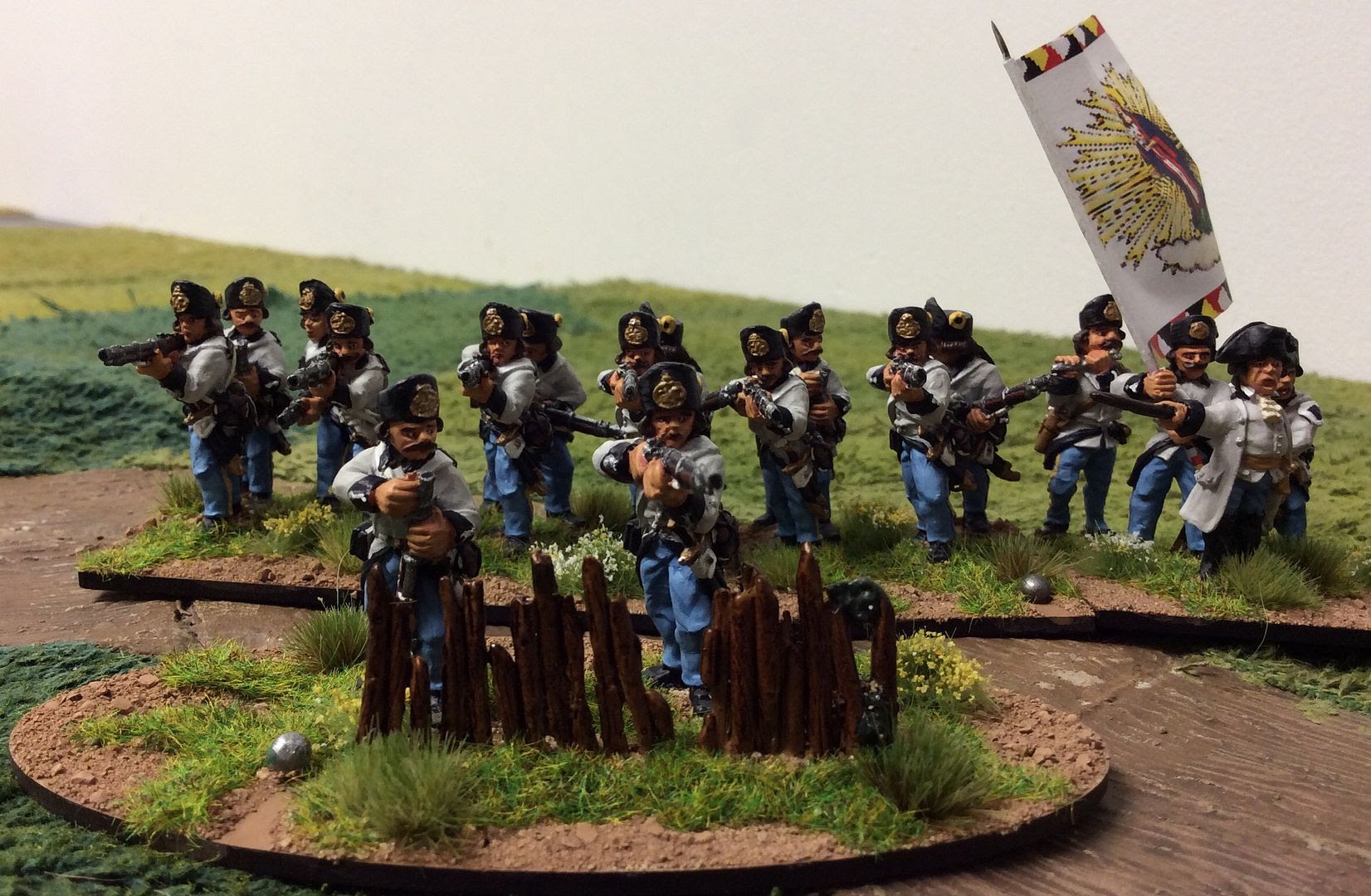 Some Late Roman skirmishers next by Foundry. As usual figures were mounted on large Impetus sized bases with shield designs added from the excellent LBM ranges ~ 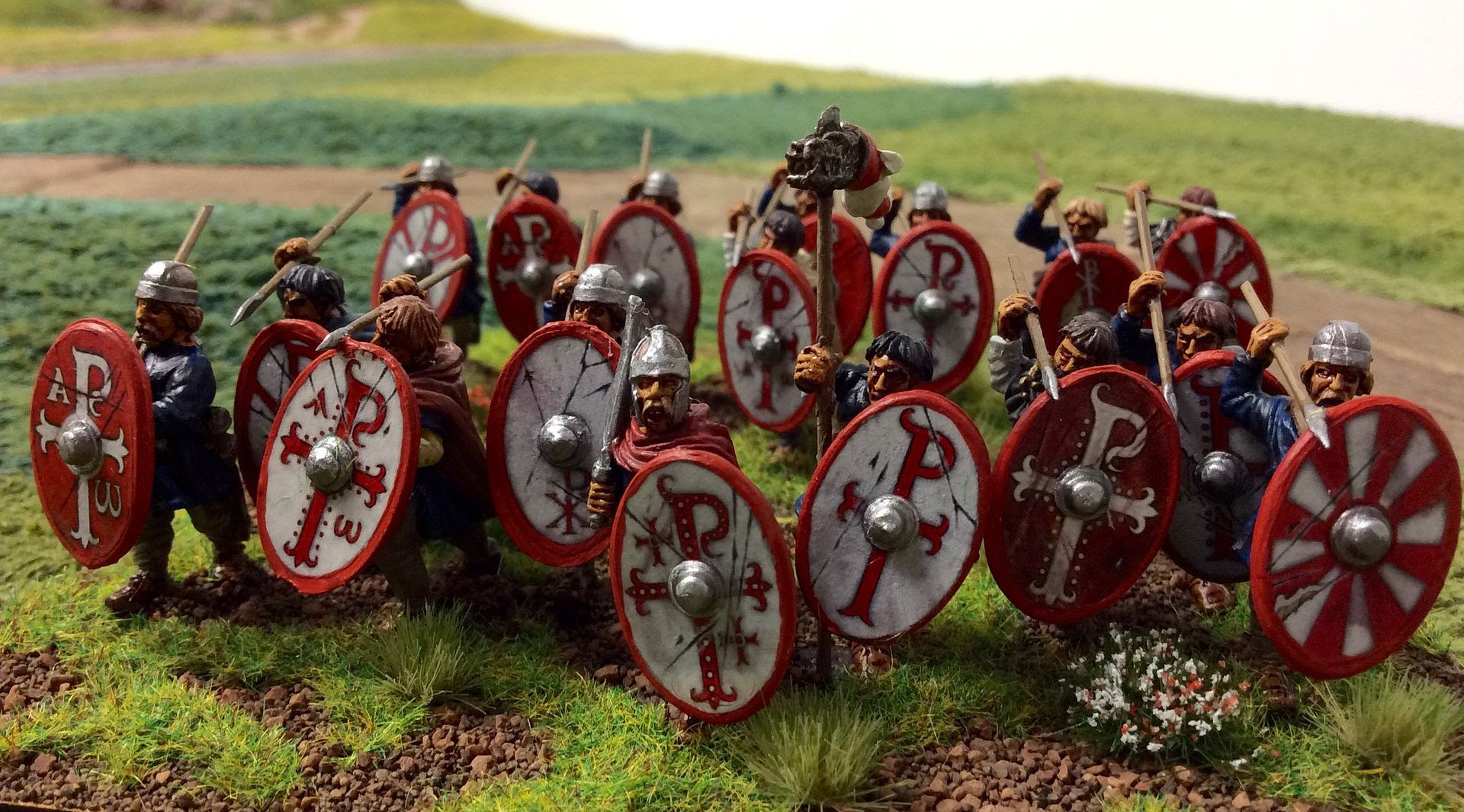 Two bases of Late Roman light cavalry, again by Foundry, mounted on MDF bases from Warbases {who else?}, and finished off with shield transfers from LBM again ~ 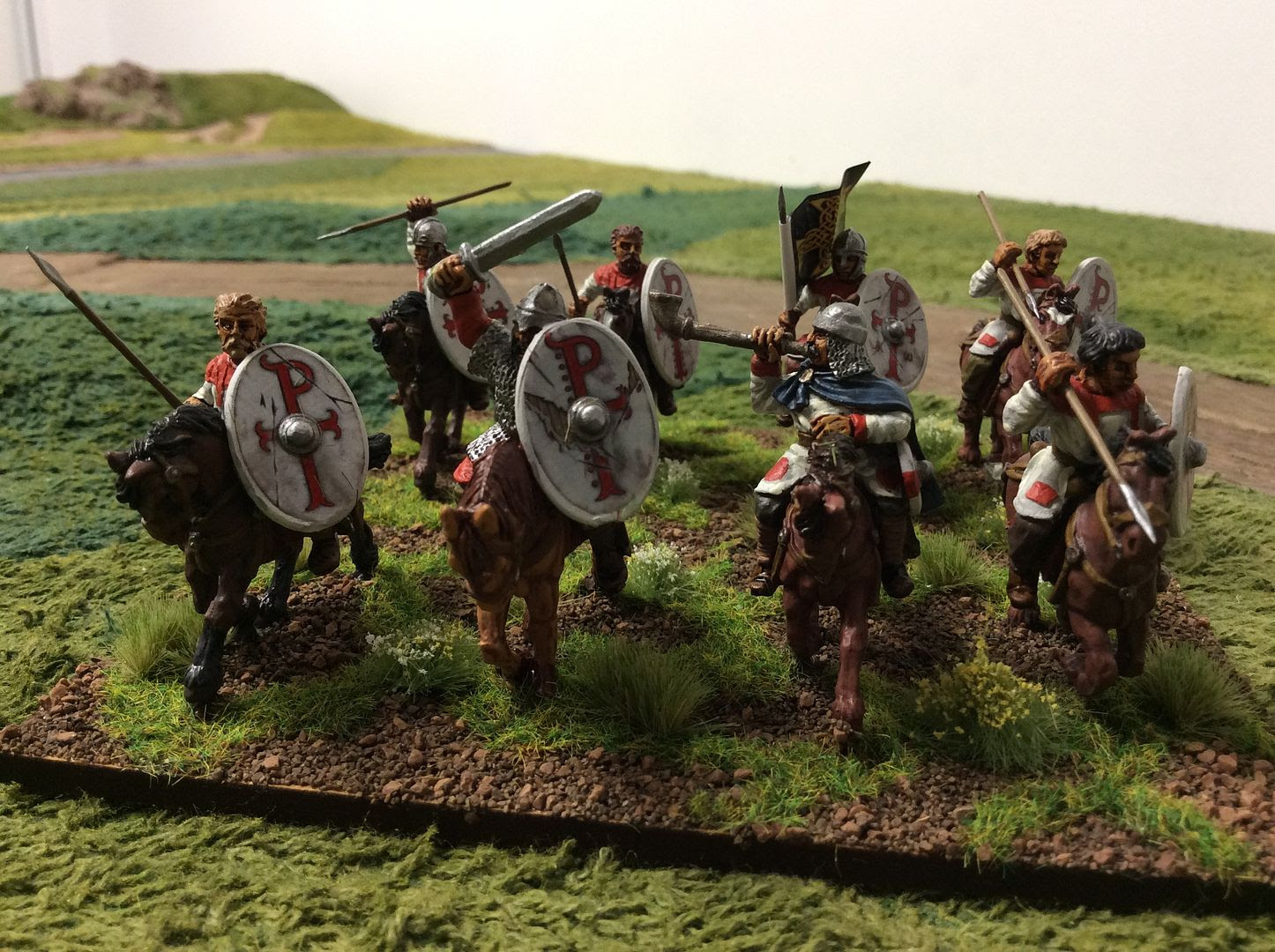 Finally the fourth 1914 BEF infantry regiment, which some of you may recall I painted as I misheard what Phil had said about his German half of our project! Great War Miniatures of course, picked up from Colonel Bill's at a show last year ~

My great uncle, Albert John 'Jack' Boot served throughout the Great War in the Coldstream Guards, I have his medals and cap badge in my collection of family war memorabilia now. He served mainly in the Trench Mortar section, so I shall have to add that to my force at some time, in the shape of the early war catapult version of course. 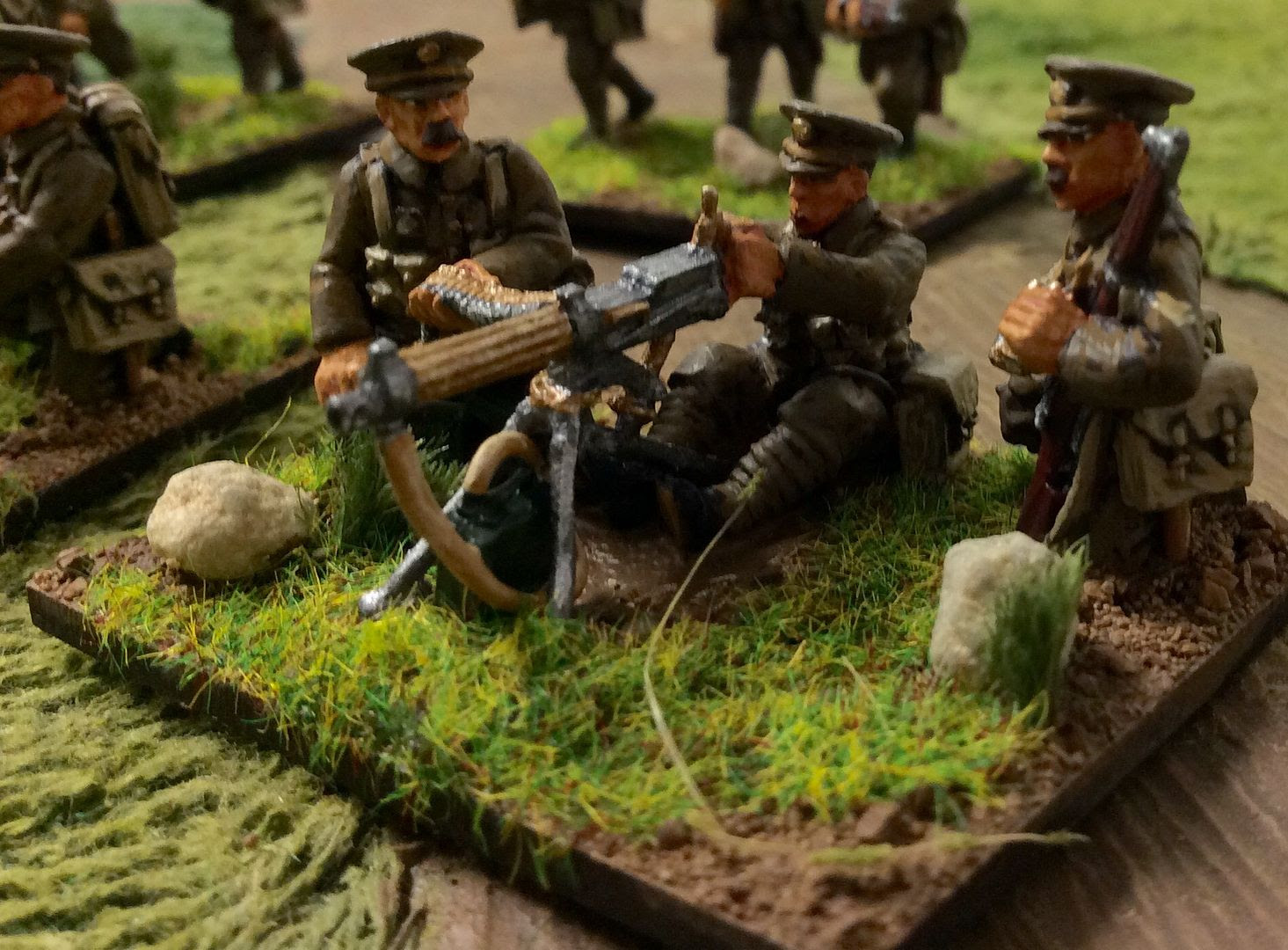 Funds really will be the issue with that latter wish list though. To start with, the pieces can hardly be called cheap by any measure, and besides that I need some other bits for the Wars of the French Revolution project as a priority: some more French Light Infantry for a start and then some limbers for the various artillery batteries in the collection. But first, pressing on with the figures already in the 'lead pimple' must be my aim in the early months of the year as I said in my last blog!
Posted by David at 02:06