I have been spending some time working on basing and titivating my old Conflix buildings into something more visually appealing on the tabletop than just plonking them down and getting on with the game. A friend of Jon's with access to laser cutting was kind enough to cut me some 3mm MDF bases at a very good price. I chose the sizes of base for each group of buildings by laying them out on a piece of A4 paper and fiddling around until I liked the look. It gives me two about 11" x 8" and one about 9" square. 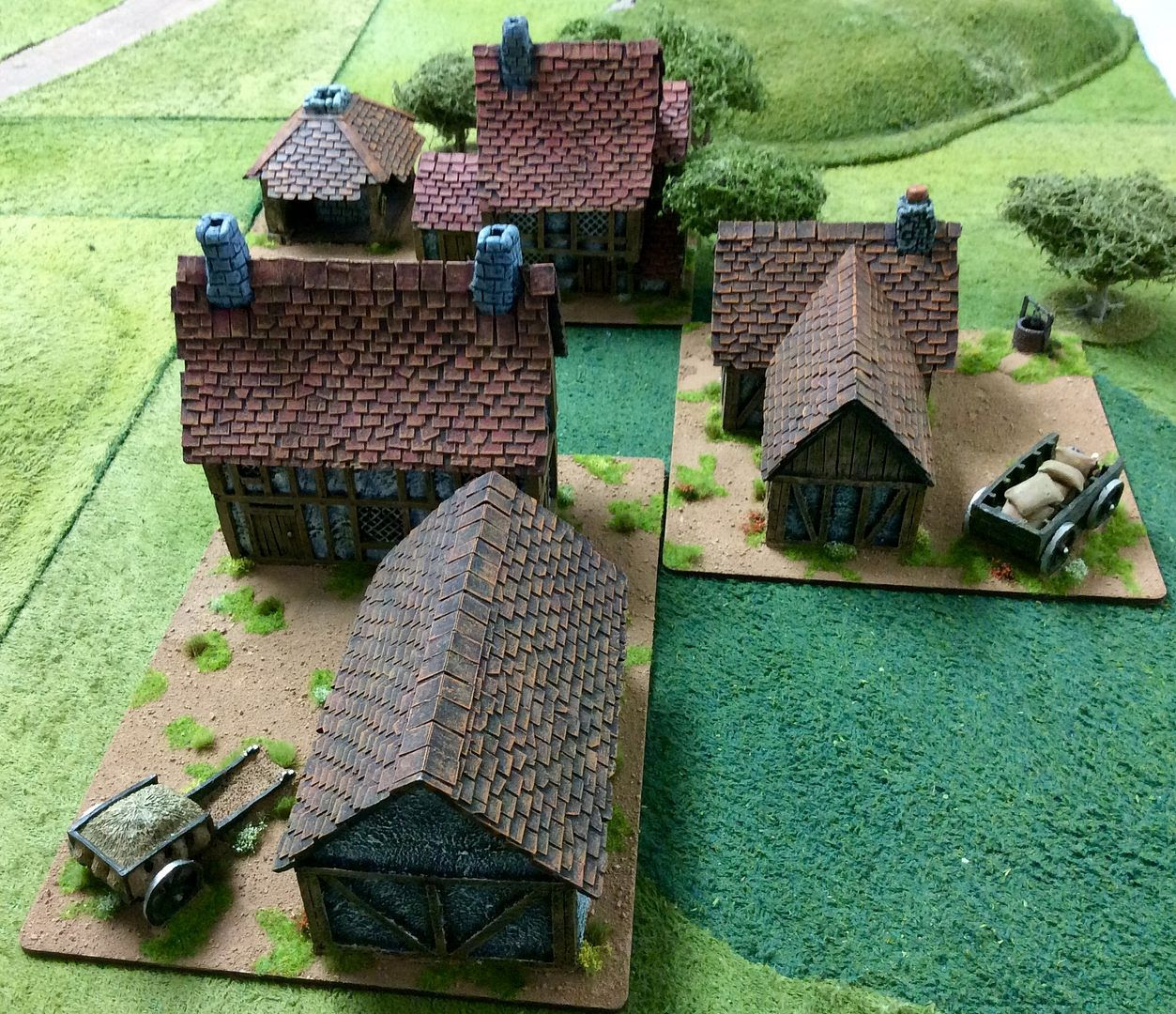 I textured the bases with my usual mixture of three sizes [fine,medium & coarse] of Woodlands Scenics railway ballast material, in pale buff, which I sprinkle generously over a coat of PVA. It dries in about an hour I find and then I wash the base all over with a wash of Country Maple, which dries darker than you think as you apply it! I find using the pale buff it takes the colour well and doesn't need drybrushing, if you get the density of the wash right!

Amongst my bits and pieces there is a set Conflix produced of two agricultural waggons and a well. I also had another well from an unknown manufacturer which I pressed into service. Now, the Conflix ones have very thick bases which means my chosen basing method fails to disguise the great step up, so I have diverted the eye with the use of static grass, grass tufts and flower clumps. It works well on the table I find in deceiving the eye, if not so well close up! 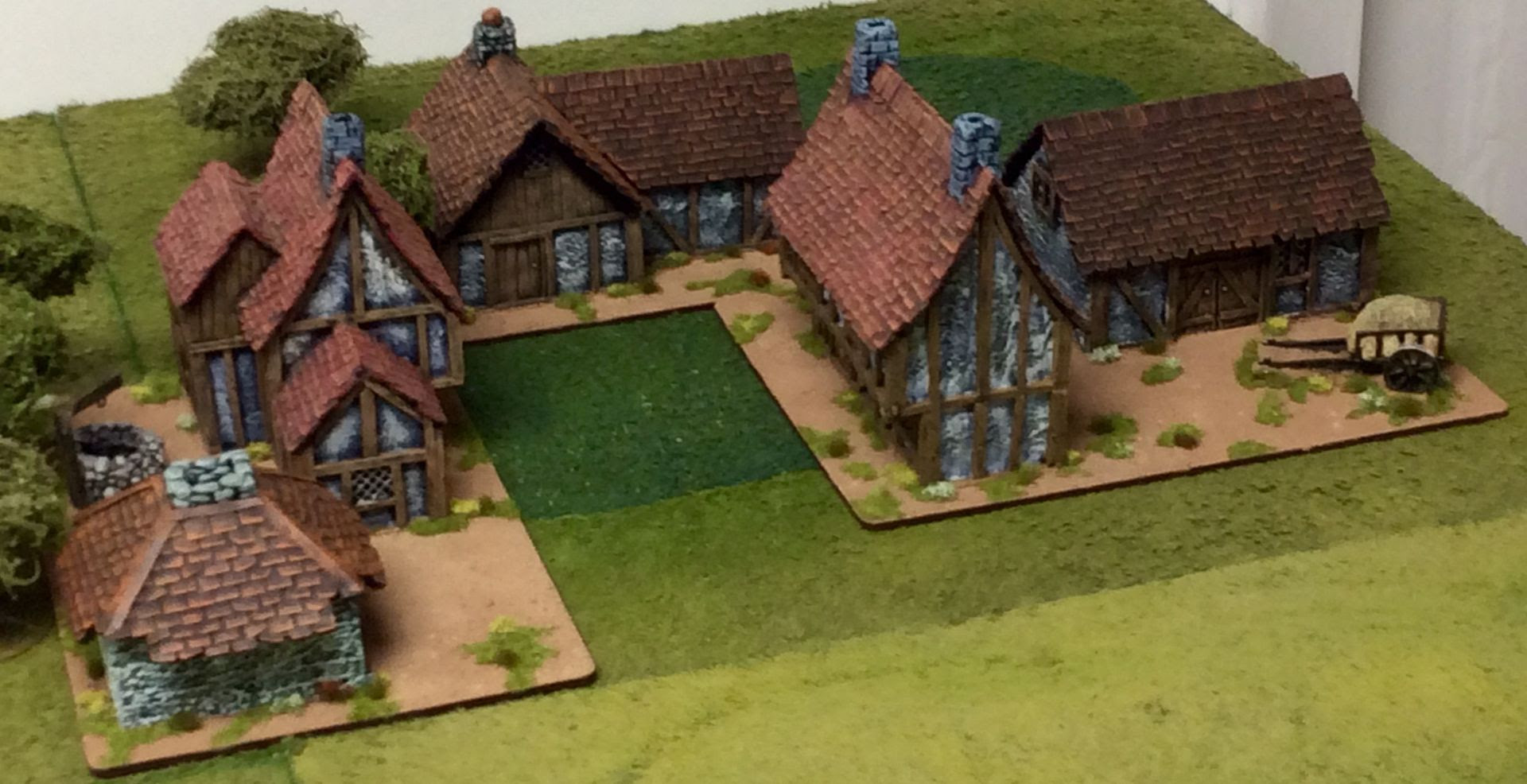 I hope the buildings can be used to represent farms, a village or even the outskirts of a town in our games from the C17th ECW to the 1940 Operation Zeelowe/Blandings games. With that in mind you'll have noticed the absence of walls, fences and the like which might tie them too closely to one time period. I will add some detritus from Irregular Miniatures in due course, but I won't catch up with them until later in the year. I also have a chicken coop and a dog kennel from Warbases which I will base up separately to add as appropriate.
I've not neglected figure painting this week and have finished four Hompesch Mounted Rifles from Trent Miniatures, sculpted by Matt of course, and have four more on the painting desk. I know they are slightly out of time and theatre for my 1793-95 project, but they will just have to do! 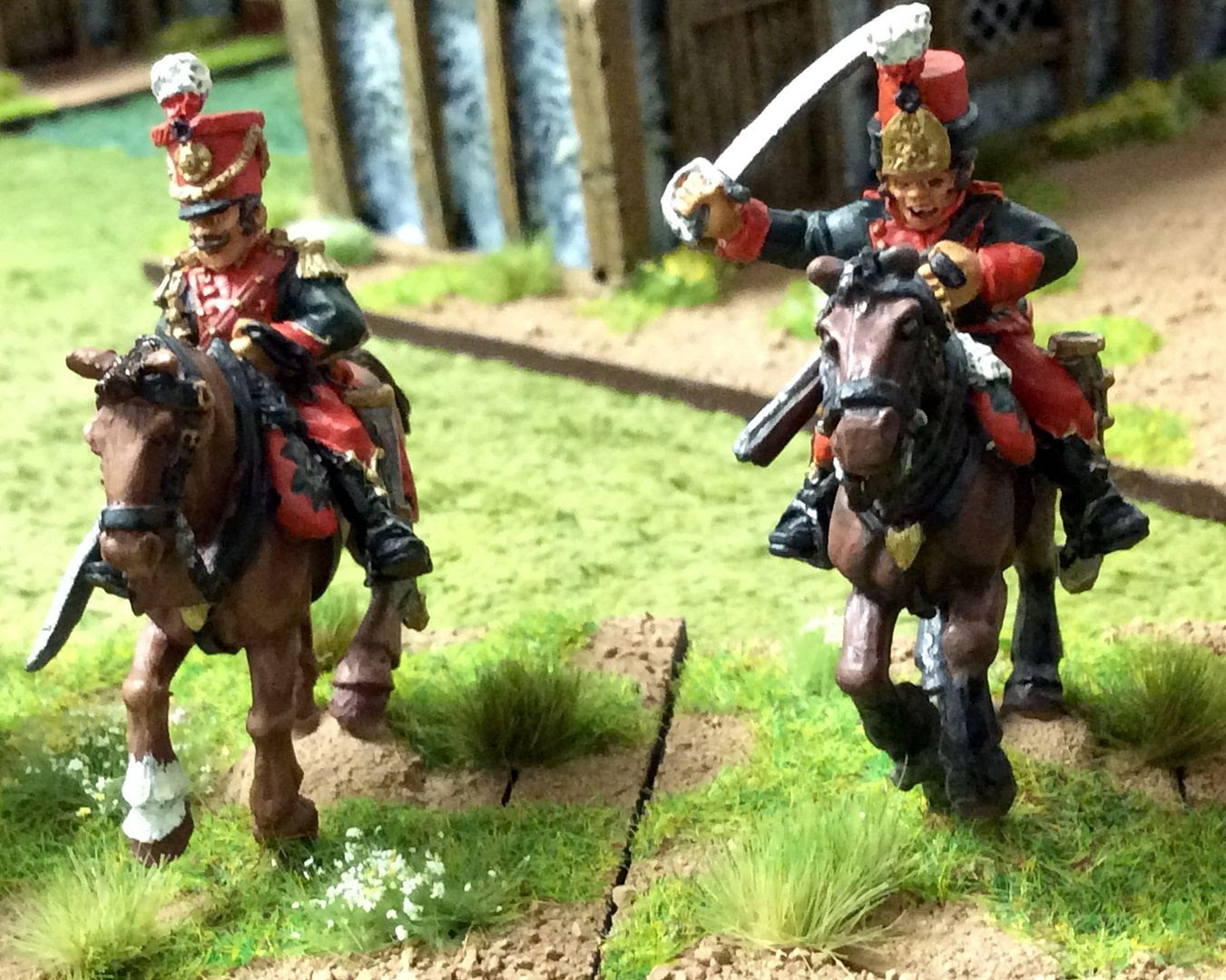 I found the figures quite straightforward to paint and I'm pleased with the overall look, although as the close up shows I'm not a top notch painter any more, if indeed I ever was! I'd like a small unit of Uhlans Brittanique if I can find some figures which will do. Any suggestions very welcome.
Well, house guests have arrived for Sunday lunch, so that's it for now. Toodle Pip!
Posted by David at 03:25