Will it be Lemons or Oranges?

Well, to borrow a sporting phrase, it is 'Half Time' in the year, or near enough as makes no difference! As a geriatric in waiting wargamer, although I've embraced the net in many ways, I still like to keep a paper and pen desk diary in which I record the bare statistics of my hobby activity for my own interest. Glancing at it recently I see I shall urgently need to buck up my gaming performance to reach even my usual modest level of success, though most other aspects of my hobby related activities are more than satisfactory given the circumstances.

Up until today I see I've played in 23 games, winning 7, drawing 5, but tasting defeat in 11! That's poor even by my modest standards! No doubt Phil, Jon and Paul have a different perspective on that though! Also well below prepandemic levels are visits to shows and shops, with only Hammerhead in March and Partizan in May featuring. With what seems the likely demise of WMMS from the show circuit it probably means that at a couple of hours away these, and The Other Partizan, are now my local big shows! How times have changed, as we old folk are wont to say! 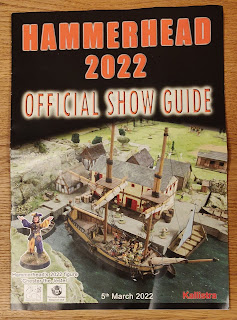 On the other hand I'm pleased to say things are much more positive. Paul has joined the select band of we GHQ Irregulars, to some extent helping to fill the Jon sized space now work has called him back and reduced our opportunities for games. Painting has also gone pretty well, with eye and hand issues at least no worse. As you'll know I've even tackled 15mm figures this year, after an hiatus longer than I care to contemplate, for my CWGH project! So, the diary records 371 figures have marched across my painting desk and mustered into GHQ for gaming. I'll take that in the circumstances. Purchases have also shown little sign of drying up with the help of the two shows of course, but also to the wonders of internet shopping! I've added to the Lead Pimple in the form of F&IW figures from Redoubt Enterprises and for the first time from Galloping Major; to the ACW collection in the form of new infantry regiments from Dixon Miniatures of course; and to the SYW collection from Foundry's Casting Room Miniatures side business for more French figures. Also of course I've added to the new fangled Plastic Pimple in the form of 15mm kits and 3D prints of vehicles and aircraft for the CWGH project (see previous Blog post).

It seems I'm well stocked in the face of the second half of the year and the seemingly inevitable seasonal lockdown now the Vid is on the rise again! Who knows, perhaps that will prove a false prophecy, but I'm far from confident! Perhaps the following cartoon might give you a clue as to my thinking...? 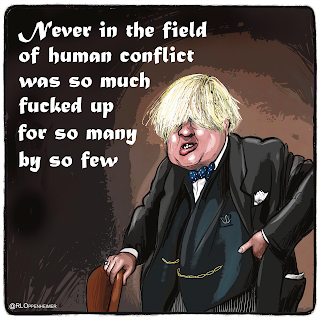 It would seem prudent therefore given the circumstances to at least contemplate a new project to sit alongside all this, and indeed I am well advanced in the preliminary planning stages. 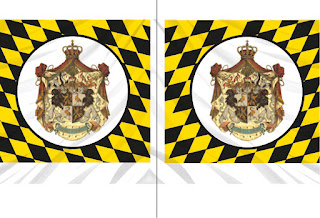 More as and when of course is all I can say for now...