Another Reb infantry regiment musters into service in GHQ in the form of the 18th Georgia infantry, another regiment which also served at one point in Hood's famed Texas Brigade.

The figures of course are by Dixon Miniatures, the flags from both GMB Designs and Flags of War, and the bases as ever from Warbases. 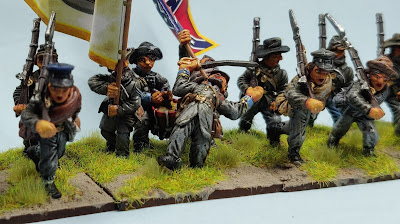 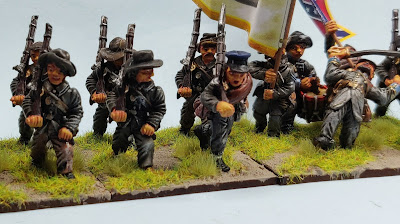 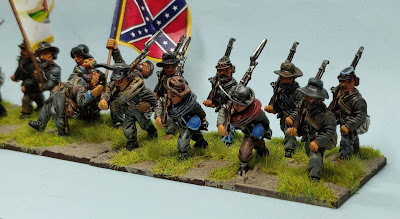 I've just half a dozen or so ACW figures left in the Lead Pimple now. I'm adding some command figures to my deployed limbers bases to boost the look on the table, as I recently did for their Union counterparts, an a couple of dismounted cavalry troopers to pad out one of my cavalry regiments. With those the ACW will be rested while my attention turns to some SYW additions for my French army.