More Hessians for my AWI games

Despite the best efforts of hand and eye to thwart my painting intentions I have been steadily working my way through a new Hessian unit for our AWI games here in GHQ. The figures are the venerable Front Rank ranges, a mixture of codes from their AWI Hessians and SYW Prussians. No doubt that would trouble some, but not me. The flags are from Flags of War and the bases as usual from Warbases ~ 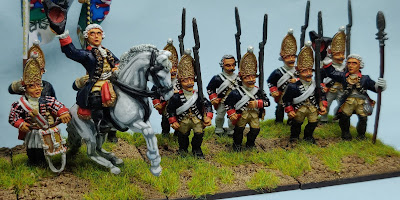 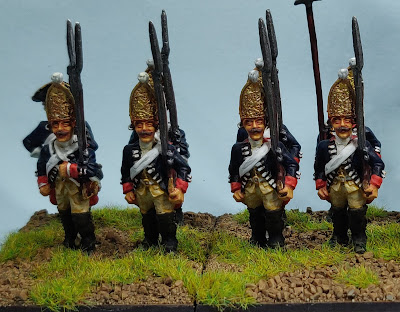 They are meant to represent the Grenadier Regiment von Rall, although both the figure coat design and the painting are compromises on my part. They will also be doubling up along with their fellow AWI Hessians in future SYW games as I need more figures to fight my bloated French army. I also added a single mounted officer to act as an ADC in Black Powder games ~ 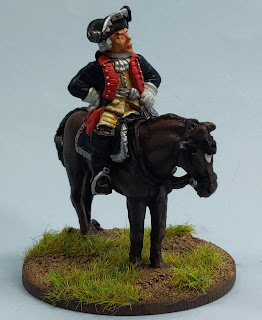 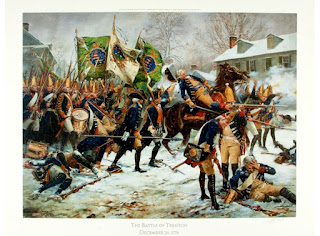 A depiction of the Regiment in action at the Battle of Trenton which I found while browsing for examples as sources for painting the figures. Not a print I own sadly, but one I would really like on the wall in GHQ. 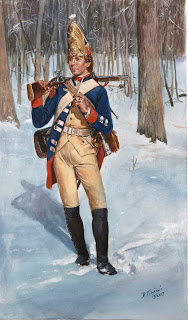 The study of an individual Grenadier highlights both where the figure itself and my painting of them deviate from their probable contemporary appearance. I’ll leave you to work out the differences, if you are that way inclined that is. They will do for me!
Now that these are out of the way I’ve some Highland Infantry Grenadiers for our F&IW games. They are by Redoubt Enterprises, picked up last year from Colonel Bill’s. I hope to finish the figures off before the end of the month if possible.