Volunteers of Ireland for the AWI

As I mentioned previously I’ve been working on another infantry unit for my AWI expansion project, in this case the Volunteers of Ireland. The figures are by Perry Miniatures and the flags are by Flags of War. For painting ease they are fixed with PVA to 60mm hexagonal bases from Warbases. I had to do a partial repaint after I’d finished two bases worth of the figures when I realised I’d painted the shirts and neck stock red in error! Age and eyesight issues I’m afraid.
The unit is four bases strong, making it a Regular sized unit in our Black Powder games. This is a historical accident on my part, with the original forces being built up from the Front Rank Army Starter boxes. Our forces have Regular sized units of three or four bases, Large sized with five or six, and Small sized with two. For the interested a gun battery is represented by one model gun and three or four crew, usually. Anyway, enough wittering on, here they are for your perusal ~ 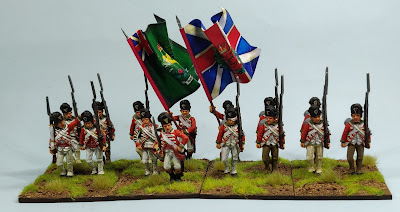 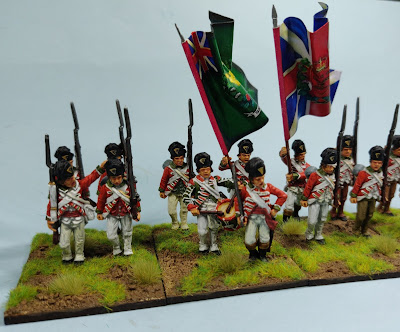 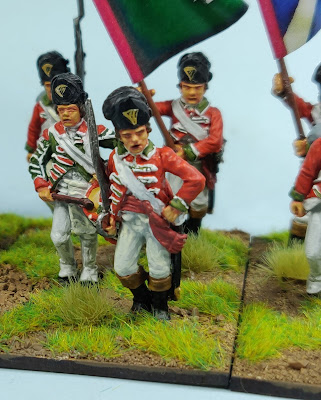 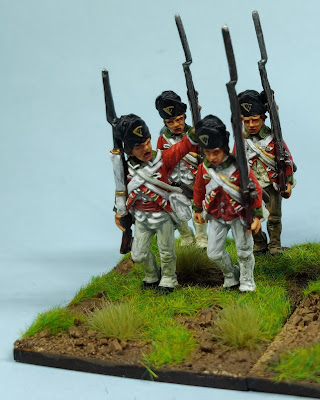 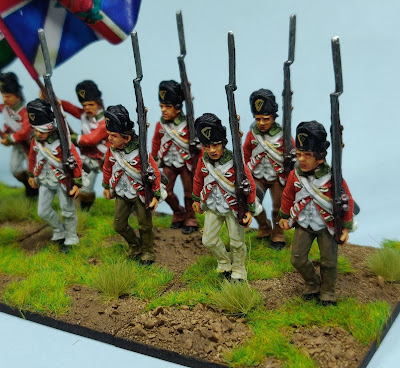 Next up in the expansion project are two mounted British command figures in cut down coats. After those are added to the done pile it’s a mounted American officerofollowed by a unit in a mix of hunting shirts and uniform coats. These are a mix of  Perry Miniatures and older Wargames Foundry figures, also sculpted by the Perry's.
Posted by David at 01:16