Officers of the 45th Foot

The spare mounted General from the Foundry British AWI High Command pack and another spare Officer figure from one of their British Command packs meant I could muster in an other Command stand for the British force in our games. I’ve painted them both in the colours of the 45th Foot, later the Nottinghamshire Regiment - after all, that’s where the figures are from in reality - and also because earlier they were Robinson’s Foot during the SYW! 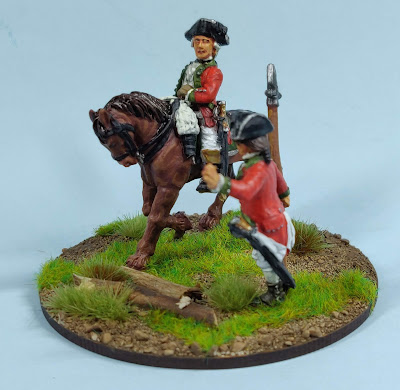 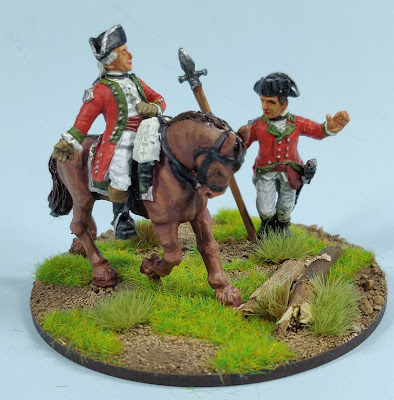 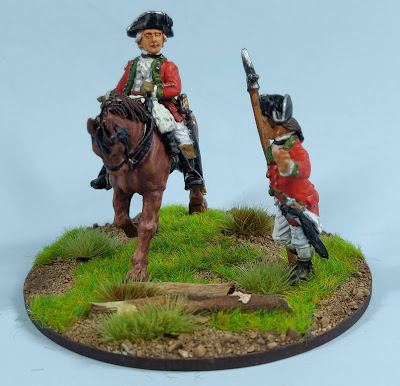 For the very sharp eyed who will have noticed, I don’t yet have the 45th in my British AWI collection, but they are in the painting queue! After the next Loyalist regiment there is a further Continental regiment to paint before I get to them, but I hope they will muster in sometime in late May at my current rate of progress. We’ll have to see how it goes...
Posted by David at 03:41