When I wake early some mornings I like to use the quiet time for hobby related activity. I do find though that on occasions the old eyes are not up to figure painting, so the Palazzo project (and associated other Italian Wars buildings) are a suitable alternative subject to occupy the time usefully. So, I’ve managed to progress the Palazzo project a little in that I have painted the base colours on the walls and pantile roofs: Crafters’ Acrylic Golden Brown for the walls and Foundry Madder Red Shade for the pantiles (& for the large windows on the tall tower) ~ 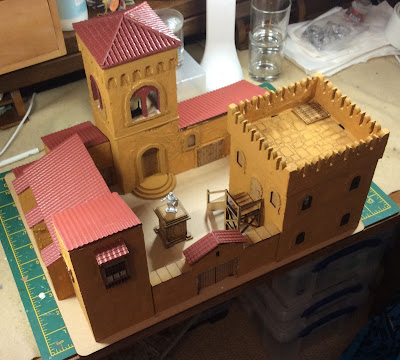 In addition to the Palazzo I’ve got two other buildings in progress for the Italian Wars project: one large and imposing building made from Warbases’ Modular Buildings range, enhanced by a Supreme Littleness Designs’ Ornamental Window; the second made from the central section of the Charlie Foxtrot tall Italian tower, with the spare resin roof Colin kindly sold me, serving as a stand alone defensive tower. I’ve got as far as texturing the walls on both of these buildings and adding the Wills pantile sheeting where needed but need a new pot of Golden Brown before I can start painting them ~ 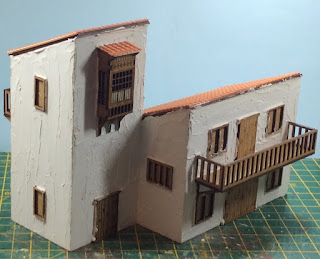 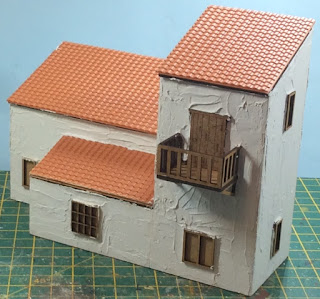 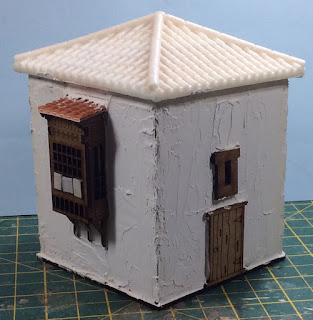 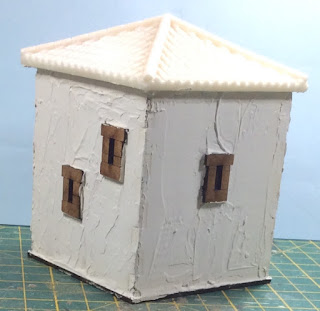 I’m aiming for a decent wargames table standard with these, to match the four already completed. Frankly I know both my limitations as a modeller and in respect of the time I’m prepared to spend on such projects, so I cut my coat according to my cloth so as to speak and am generally content with the process and the end product.
Posted by David at 20:48