Not an AAR report, sorry if that disappointed anyone,but rather an update on progress so far. I've completed two vehicles: a Soviet BMP-2 and a Chieftain MBT ~ 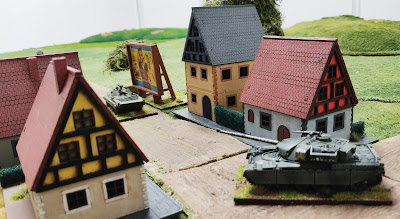 A closer look at each of the vehicles to appreciate Phil's handiwork in painting both. I'm just responsible for the basing work and adding the transfers. Oh, and the buildings and such of course. The vehicles are the plastic kits from Battlefront's Team Yankee range. The Chieftain MBT first ~ 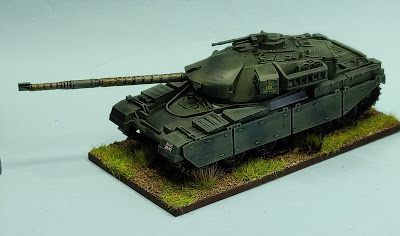 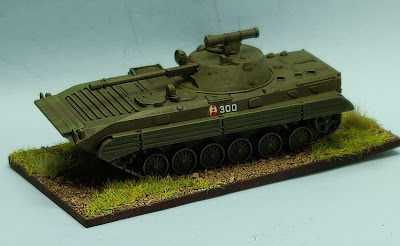 I hope to have more to show on the building side in due course. I took delivery of another package from LaserCraftArt recently, including bases for the office block and the modern shops which can be seen added to Bikelheim in the picture below ~ 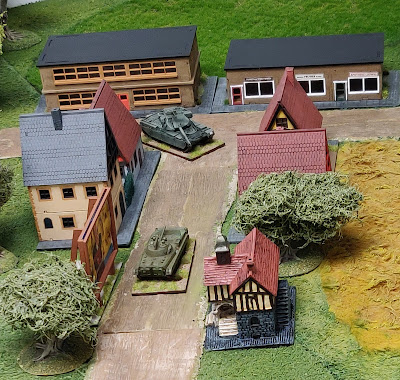 There were also bases for the terraced houses and another terraced house to complete that part of the layout, along with another small German house to join my barn in a small farm setting. More on this front as and when...