...in Pendawar? And why not you may well ask? An imaginary regiment in an imaginary Presidency of the E.I.C. in NW India seems entirely appropriate, to me at least. Of course I had intended these chaps to be the 38th, the South Staffordshire regiment, but when I saw that Flags of War had issued the South Essex's colours, well, I just thought it was inevitable that they should be deployed to India. The decision was perhaps inspired by memories of reading Cornwell's Sharpe's Tiger on reflection. 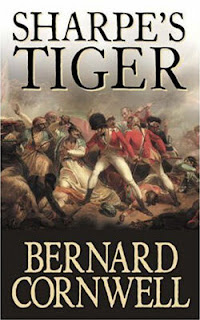 The figures are from Perry Miniatures' Napoleonic range, the British in Egypt elements. I chose to paint the other ranks' toppers black, giving the white tropical service version to officers only, as a way of distinguishing the regulars of His Majesty's foot from those European battalions raised by the E.I.C. Of course I know the colours provided for the South Essex post date my notional time period in Pendawar, but I can live with that. Button counters and lace fanatics best look away now! The bases as ever are from Warbases of course: excellent product, first class service, and all round decent folk!

I'm finding figures by Perry Miniatures increasingly difficult to paint, a combination of my eye and hand issues, which I do apologize for banging on about, and what I consider to be their vague sculpting style, allied with casting issues, in respect of muskets particularly. I doubt they are even aware of my ramblings, but these figures are far from my favourites. 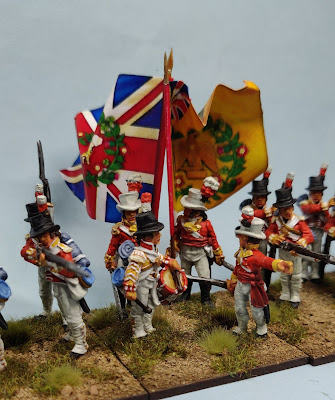 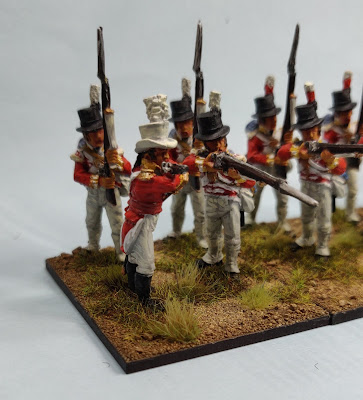 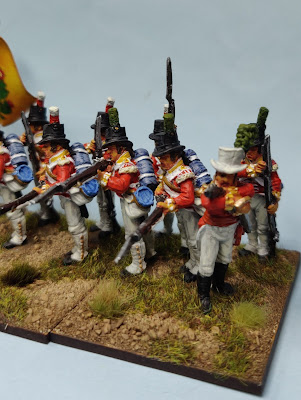 To complete the 1st Brigade of the E.I.C.'s Army of Pendawar I have two Sepoy battalions, one of which is the 1st regiment, the Pendawar Grenadiers. The army boasts one cavalry brigade on completion: a small contingent of British Light Dragoons; equally small, the volunteers of the Pendawar Light Dragoons; and lastly two contingents of Sepoy cavalry. Looking over at Typoo Bhyka's forces there remain only a cavalry unit and the European Voluntaires de Bykli. Given a following wind I'd like to have these finished and deployed for action in GHQ by the end of July, hand, eye, circumstances and the like permitting of course.