I completed the four figures representing the Grenadier companies on the last day of February, which meant I had managed to exceed my target of two figures a day by about a dozen pieces. With them the 3rd Pendawar Native Infantry are complete and will join the Second Brigade with their colleagues from the 2nd Pendawar Native Infantry. The facings I chose were orange, to complement the yellow of the 2nd. Here they are drawn up in line ~ 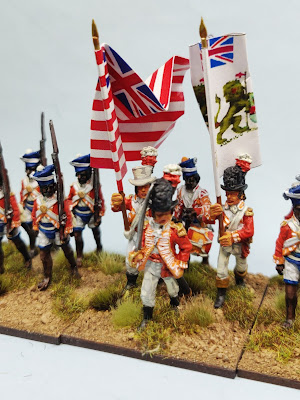 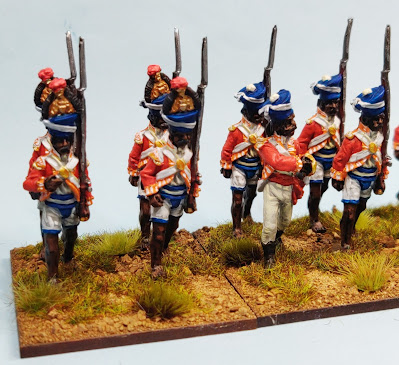 The third battalion of the Brigade will be a European battalion, the Pendawar Fusiliers, using the Perry Miniatures British in Egypt figures wearing the top hat and in marching pose. Their facings will likely be white, but I may change my mind along the way.

With the NI finished I decided to paint the two foot artillery guns and crew. I've completed the first of the two bases which will comprise the battery and hopefully the second will be finished this week. Then it will be the Pendawar Fusiliers as I said to complete the Brigade.