The third infantry battalion to join the Army of the Pendawar Presidency is the European battalion, the Pendawar Fusiliers. The figures are from Perry Miniatures of course, as are the MDF bases from Warbases. The flags were made for me to my specifications by good chum George Anderson. These complete what will be the army's second brigade of infantry, supported by No1 Battery of the E.I.C. Foot Artillery. The Brigade is commanded by Colonel Crump, a doughty servant of the Company over many years ~ 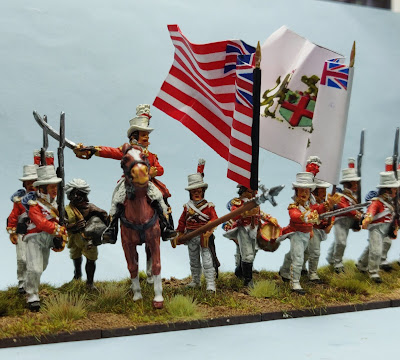 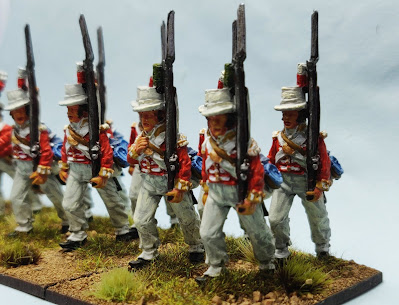 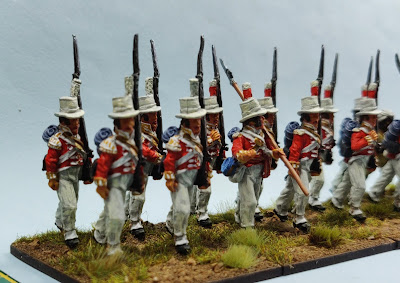 I plan to switch now to painting some artillery and infantry for Typoo Bhyka's army which I hope will provide some light painting relief after the discipline of all the uniforms. Well, I can but hope...! In the meantime here's the whole Brigade laid out on the table in GHQ ~