Making the most of the muse and utilising other spare figures I have produced a Command stand for my Brigade of Guards in the British SYW collection. They are Foundry figures of course, not to everyone’s taste, but just right in my opinion ~ 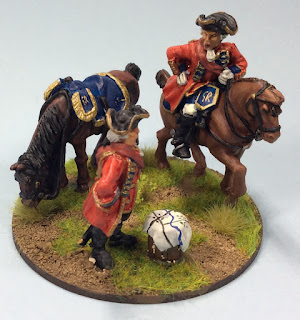 I really wish Foundry could see their way to expanding their SYW range. A pack of officers, NCOs and casualties would help bring the regimented lines to life, rather as the rank and file character pack can. 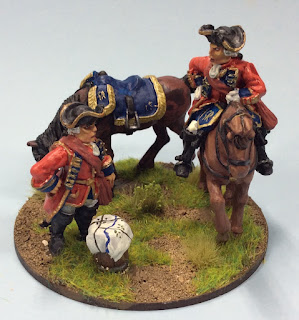 Meanwhile, it's back to the Royal Deux-Ponts on the painting desk! Two bases completed now and a third base of four figures at the highlighting stage. As I might tell myself, “Arise, take up your brush and paint!”