...but is it oranges or lemons on the plate? As we are moving beyond the longest day of the year and towards the end of June, it seemed like a good idea to reflect on how things had gone here in GHQ since I rashly outlined my hopes and plans hobbywise at the beginning of the year. Well, the obvious answer is very much not as I hoped! There have been no games played in GHQ since mid March. Up until then we had played a dozen games and I was gearing up for the first of a series of North American set games from the F&IW, via the AWI, the War Of 1812-15, and finally the ACW. That would have left me with a campaign series of ACW games from July onwards, borrowing ideas from Longstreet, the event cards from Bull Run to Gettysburg, and Black Powder. Obviously, with all the Corona virus malarkey, that all went tits up!

I just don't get solo games. I enjoy the face to face nature of social wargamingl, not social distancing! I have had one game laid out in GHQ though, a War of 1812-15 extravaganza. Dan was due to take photos to accompany an article I'd written for WI but obviously lockdown put the mockers on that. With online tuition I took the photos myself over three days and if you saw the weekly Bitesize WI you will have seen the end product in issue 3. If you missed it the article is in the July issue as WI returns to its print format. 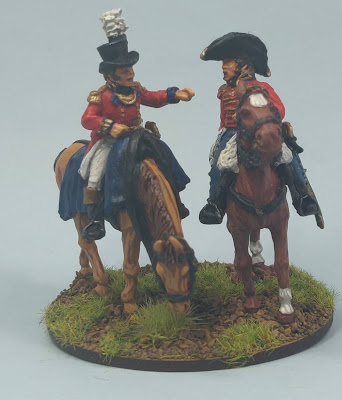 Although I eschewed gaming I did continue painting, although my monthly totals remained around 50 figures each month. I did a little terrain building, converting two 15mm barns by Warbases into 28mm cabins for North American games, also featured in Bitesize WI. Finally, and probably in a mad moment of optimism, I embarked on a new project in 28mm, the Punic Wars! (As an aside, the 15mm Cold War Gone Hot is available if anyone fancies taking it off my hands. It's a complete game still all in its original boxes and includes Seven Days to the Rhine rules and cards.) 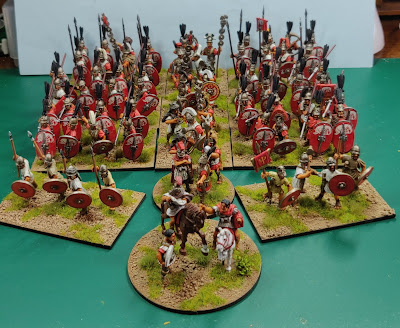 I'm not sure if there is any virtue right now in looking forward to the 'Second Half', after all as a Walsall supporter of 56 years you get inured to disappointment after getting your hopes up. As I'm in the 'more at risk' age group I reluctantly expect it will be a while before Phil, Jon and I meet up for a game or two. I'll press on with my Punic Wars project in the meantime. I've an order in with Aventine Miniatures for some Allied Legion figures to supplement a purchase from Colonel Bill's and with A&A Miniatures for some Carthaginian war elephants and Nubian light infantry. I was hopeful of poping to Foundry for some Spanish infantry and cavalry and a look at the Celt options, but it doesn't seem as if their factory shop is reopening yet. It's a bugger this coronavirus malarkey and no mistake! Keep safe, and sane!
Posted by David at 09:47