Having sorted out the matter of ADCs for the War of 1812-15 armies I turned my attention next to the matter of a Command stand specifically for Scott's Brigade in the US army. I've several figures in the appropriate uniform left over so I selected an officer and a junior NCO to accompany the remaining mounted US general. As with the vast bulk of the collection they are all the venerable Foundry figures sculpted by Aly Morrison ~ 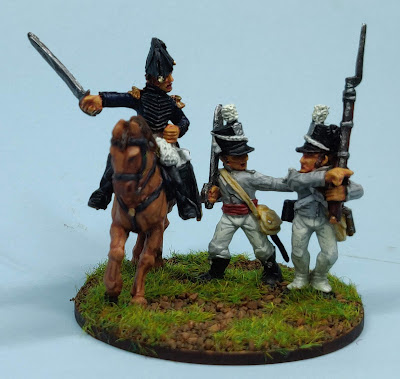 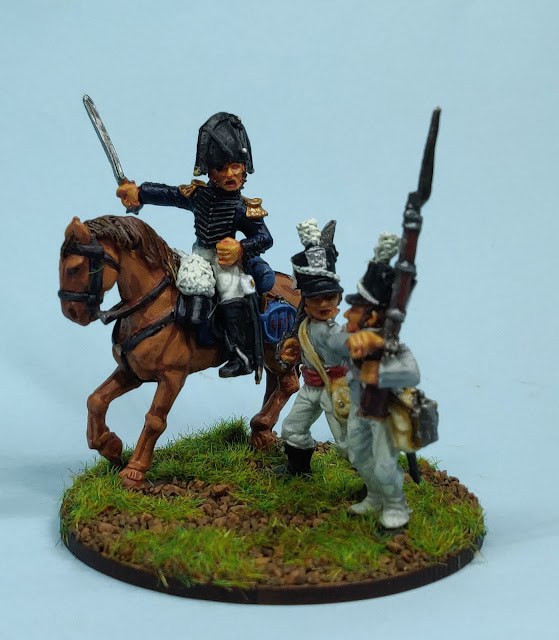 I've several other figures in the summer uniform still left, so I expect to render them as some additional small skirmish stands, just for the look of the game you understand. I mount 2 or 3 appropriate figures on a 30mm round MDF base and they are ready to fulfil their role. In the meantime I've started on a unit of Perry Miniatures AWI Militia for our AWI games.
Posted by David at 06:21