The last of the SYW expansion project, at least for now, is the other Scottish regiment in French service, the Royal Ecossais. Again they feature the Foundry/Casting Room Miniatures range. As with the Ogilvys, I've had to compromise somewhat on the coat, as it has neither collar nor lace, but I'm happy with the end look. Here they are, as is usual, lead by their mounted Colonel ~ 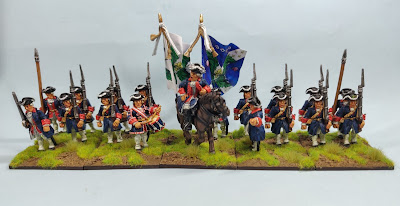 Again, a few closer shots, if only to show how not to do it! I've painted so many of this marching fusilier that I think I might be able to do it in my sleep ~ 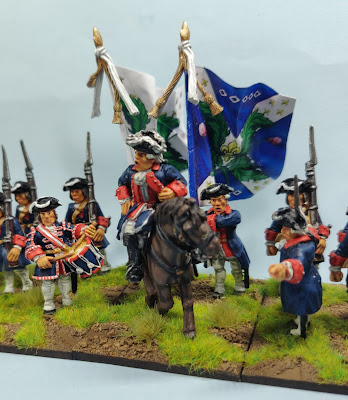 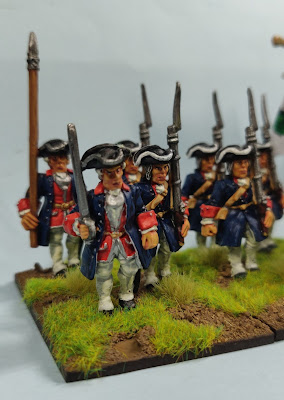 One thing I have noticed though is that the more I do, the more fine detail in the sculpting I see which I missed before. Age and eyes issue I'm afraid, so be kind. As I mentioned in an earlier post, I'd ordered more flags from GMB Designs: for the French two more infantry regiments and one for the British, though I have no figures for any of them as yet! I plan two SYW games here in GHQ next week, so you will see the whole collection in action quite soon.
Posted by David at 02:22