Two For The Price Of One

It was a tad chilly in GHQ this Monday as temperatures struggled above freezing after the weekend’s snowstorms. Phil and I decided on two small games, one either side of a hot lunch provided by Sue. In the morning we played a Late Roman game, using our adaptations of Neil Thomas’s Ancient and Medieval rules, and in the afternoon a Norman’s v Saxons game using our first attempt at modifications of the rules for this period.
I only took one picture of the morning game for some reason. The table at the end of the game, with Pompus Maximus having once more beaten off the usurper Baldinus ~ In the afternoon session, fortified by a fine burger with blue cheese provided kindly by Sue, we had a first run through with our adaptation of Neil Thomas’s rules for the Conquest period. Phil took command of the Normans and I took the Saxons ~ 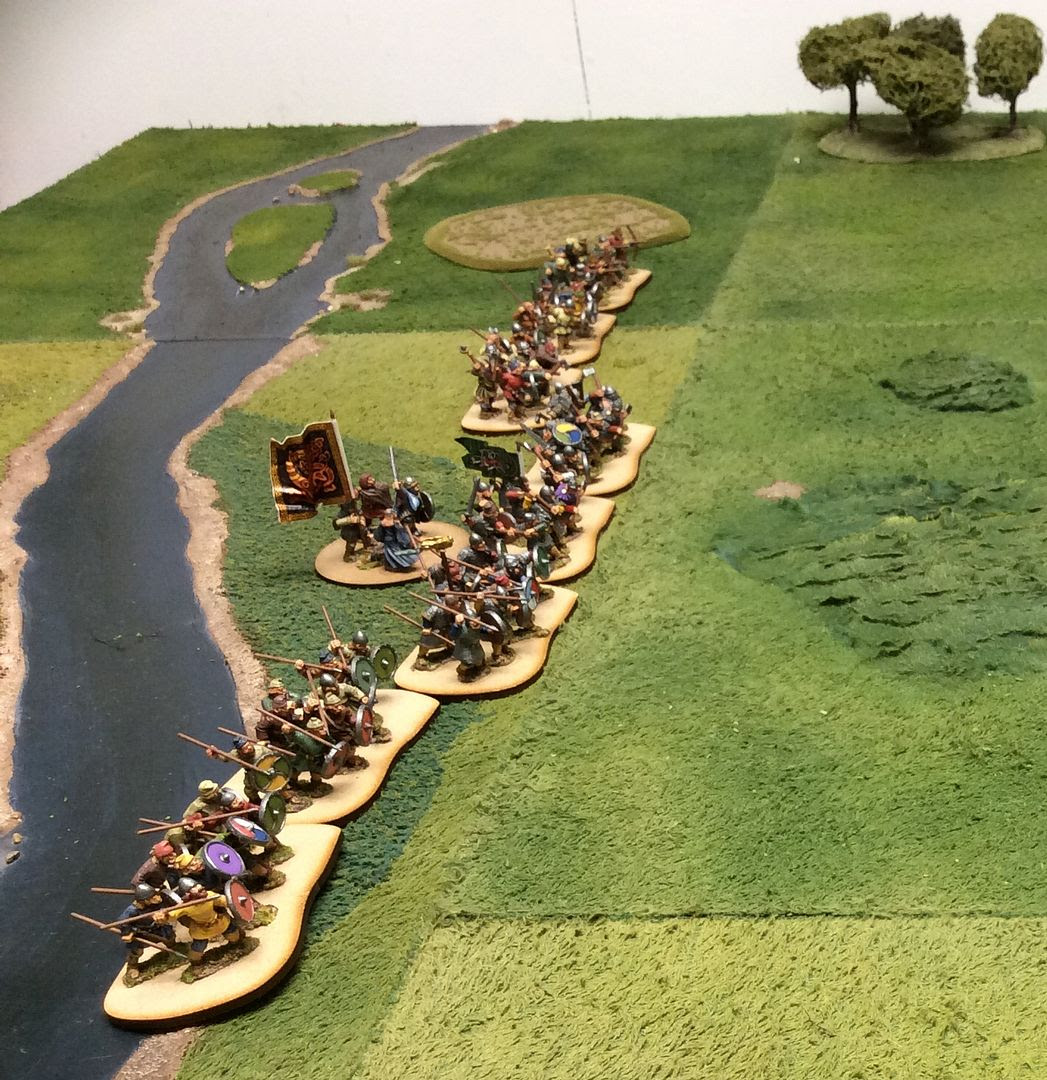 The game swung first one way and then the other, with the Saxon line being bent right back on their left while on their right a feint charge and flight led to one unit of the General Fyrd being drawn off out of the line ~ The Norman crossbows proved particularly galling for the Saxon Huscarls, goading them into breaking their line and charging the crossbowmen. Once Combat was joined in earnest the Norman knights had a hard time of it against the Saxon Fyrd, while the Norman heavy infantry made heavy going against their opponents. When time ran out both armies were near exhaustion with no clear indication of which one might have been able to win, so we shook hands on a hard fought and bloody draw ~

I really enjoyed both of these smallish games today and feel the rules are shaping up nicely for the sort of games we play in this period. I hope you will excuse the bare MDF bases by the way, but I’ve not got around to texturing them as yet. Before anyone asks, each base is a unit, as in Impetus, with 4 Combat and firing dice at full strength, reducing by one dice for each 4 casualties caused.