...after a fashion! My mind is on other much more important family things at the moment, so, even though Sue is again working at the University all week, I find that I've actually painted very little really. I did manage though to take advantage of the better weather last week to finally spray paint the undercoat on all of the buildings and bits I bought earlier in the year from Hovels to make up a representative 'town' for my Wars of the French Revolution project {although it could be used in Bolt Action WWII games or even in our occasional 1914 games I suppose} to which I've added some gravestones and a memorial from Ainsty which I picked up at Carronade. I've laid out what I think will be the final layout of the town on my table in GHQ to give me an idea about painting the individual pieces. The 'town' will be mounted on four seperate but interlocking pieces of 2mm MDF to allow for some 'modelling' effects to sit the buildings more effectively into the terrain. I'd be interested to hear what folk think of the layout, so please chip in without fear or prejudice ~ 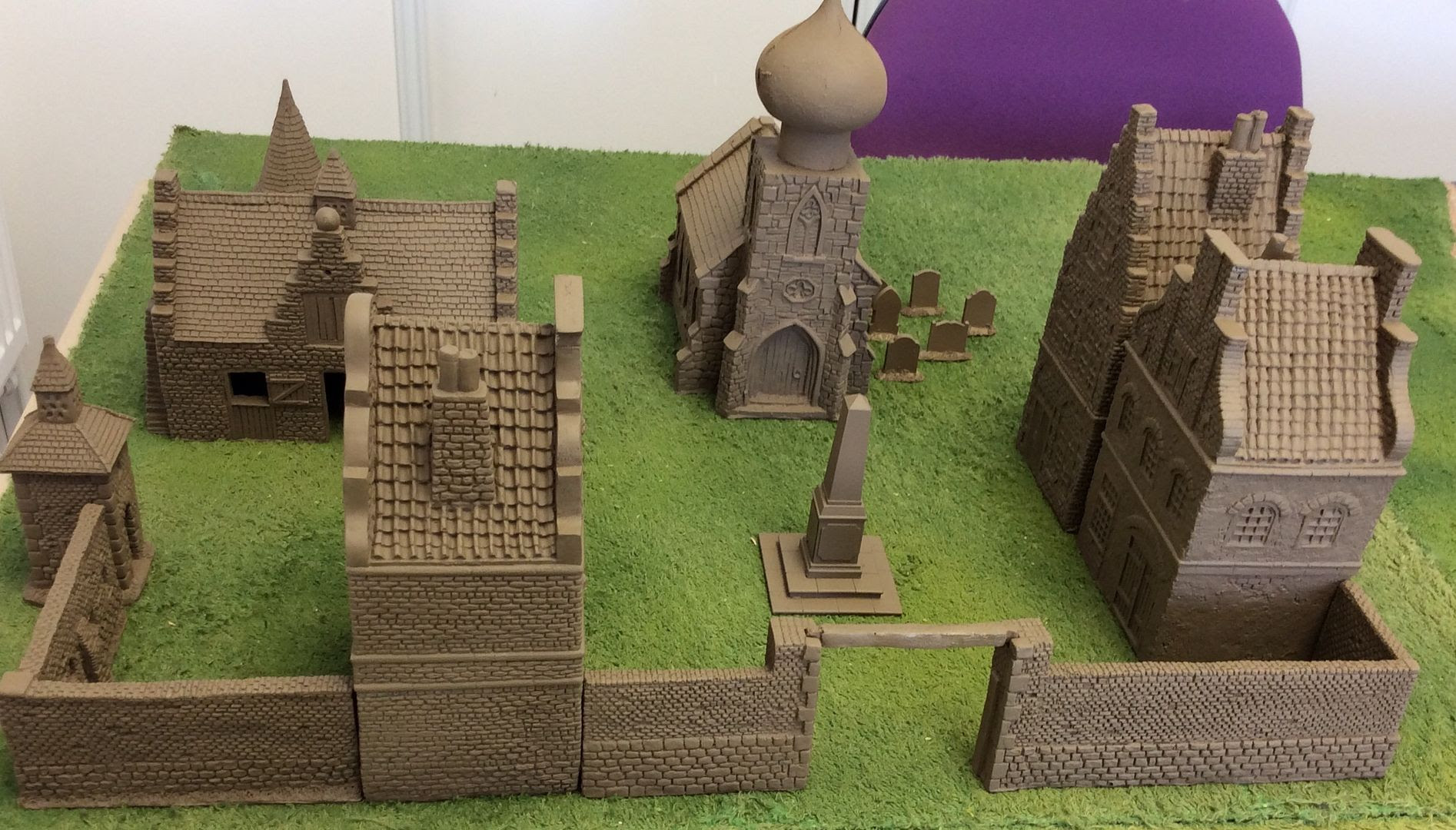 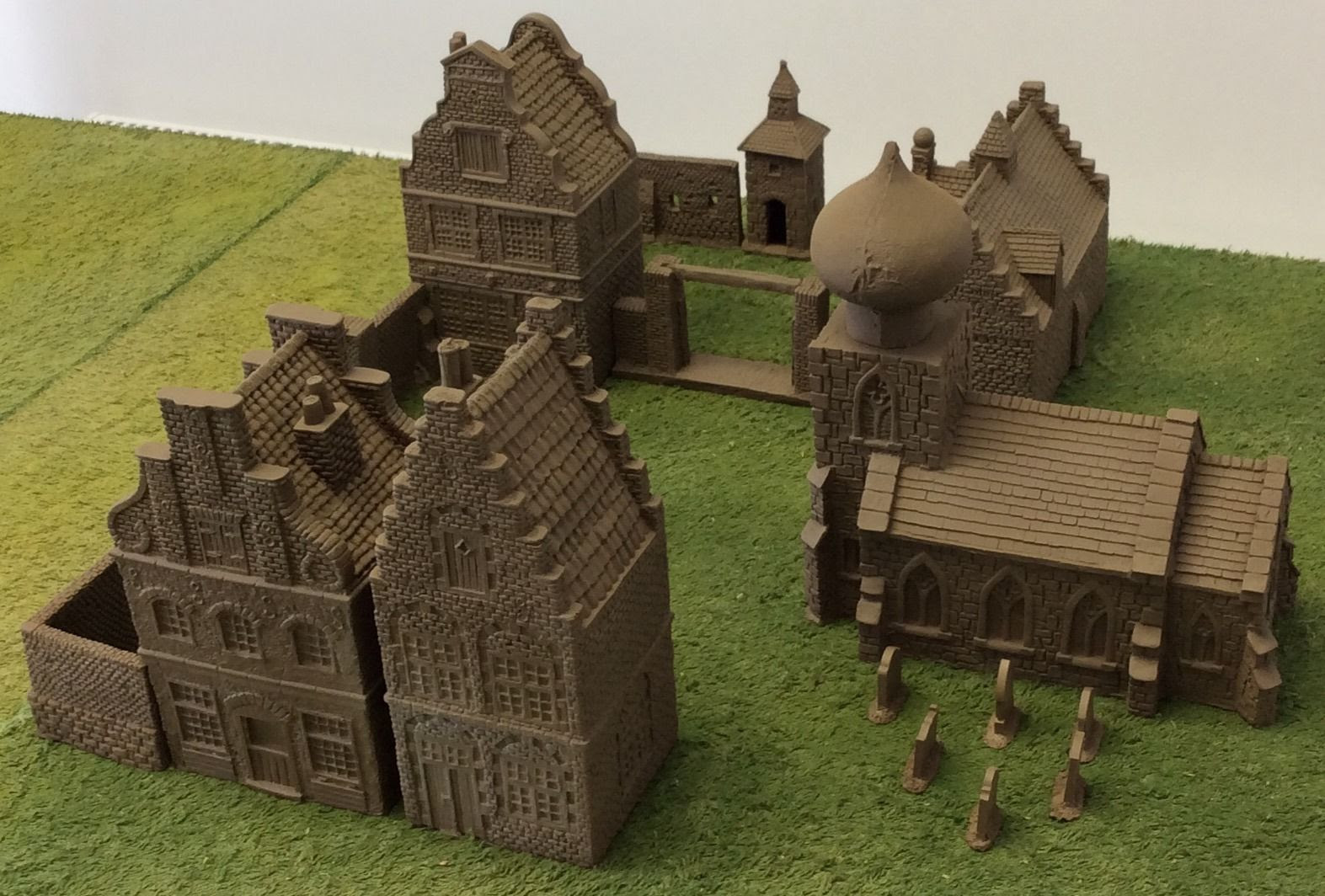 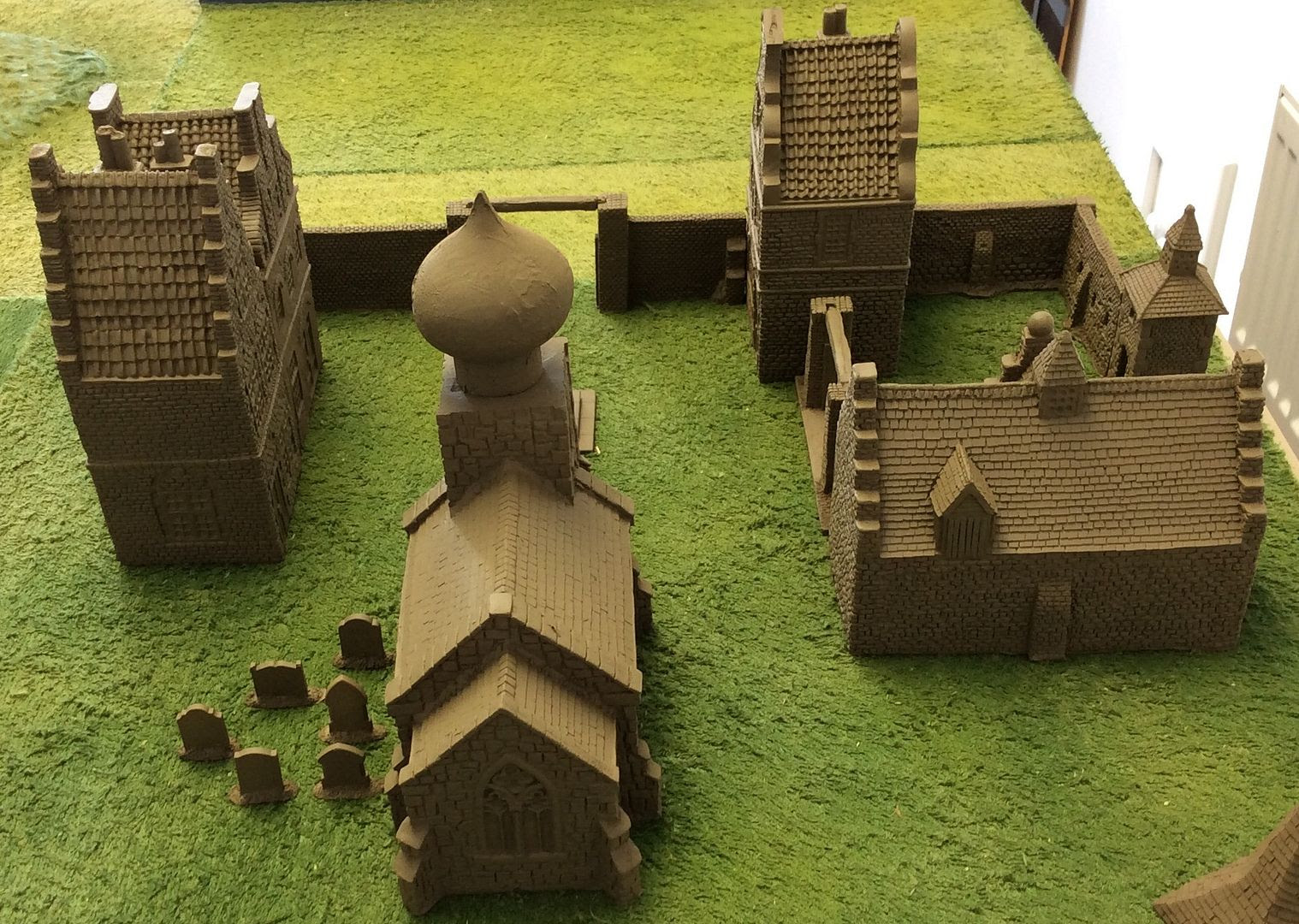 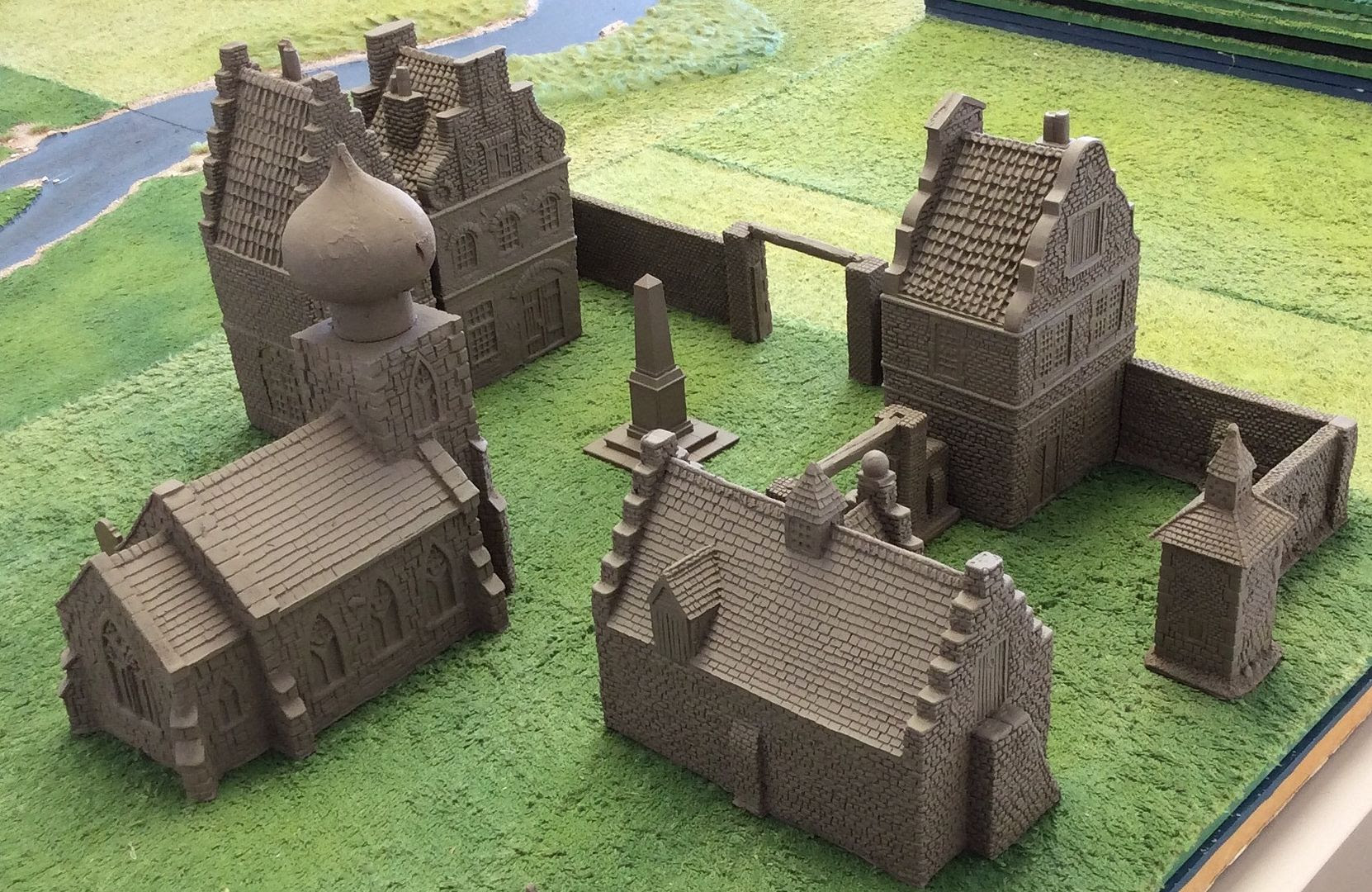 The dome I bought from Coritani, also at Carronade, to give an option in the 'look' of the church in the town.It will need a base making to sit it correctly on the tower but that not withstanding, I hope that the four views have given an idea of what the town might look like in the round on the table. Anyhow, any comments, even brutally honest ones, can help at this stage of the project! Moving on from 'Planning' to 'Progress', of a sort, some more additions to the VBCW/Blandings/Operation Zeelowe games in the shape of a Militia Anti Tank Rifle team and a few more general Militia figures. I've also finished the first two of a ten man unit of Workers' Militia, but they will have to wait until the unit is completed to be on view here  ~ 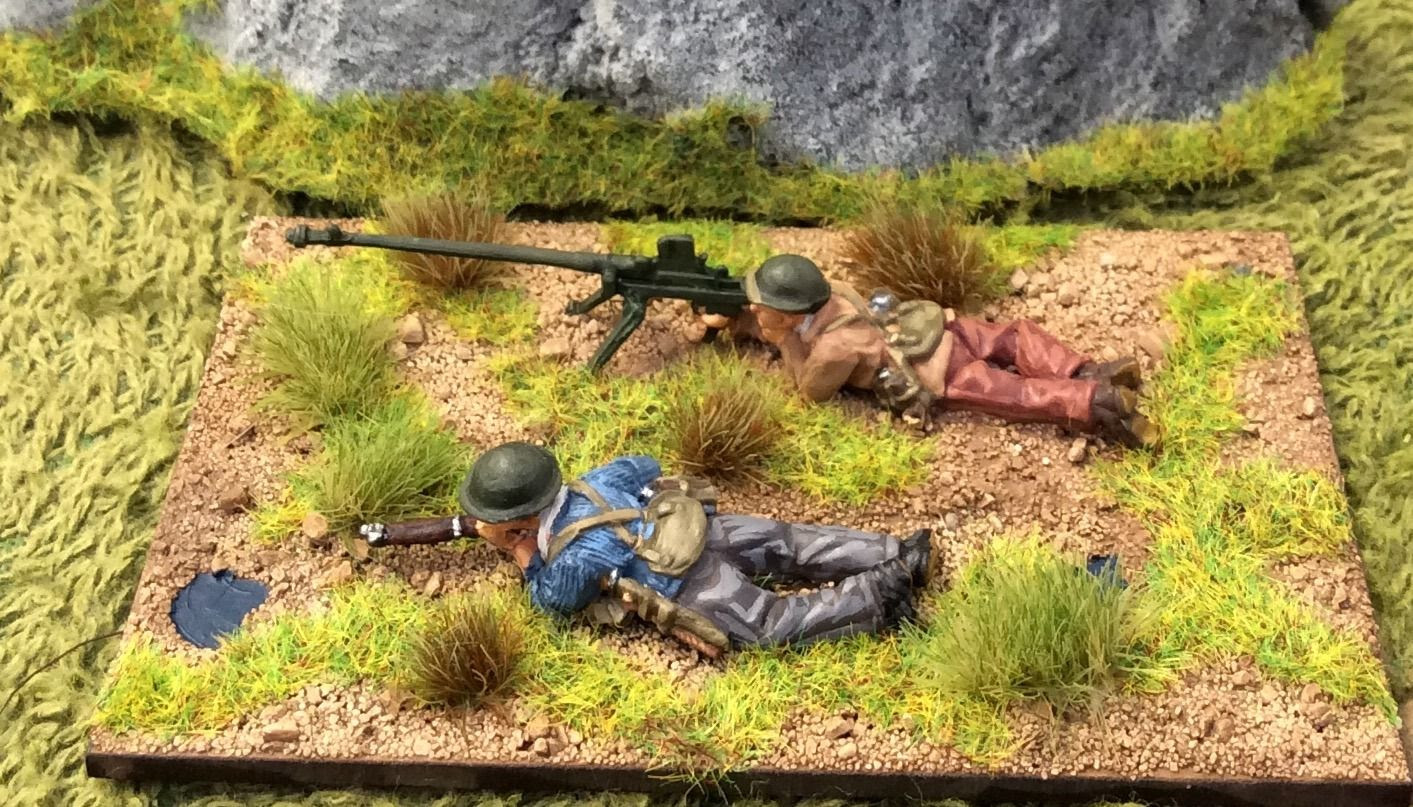 Well, that brings me to my final point: these figures, formerly from Musketeer but now from Footsore Miniatures, used to be really crisp castings with zero flash, vent runs and the like. These latest ones under the new banner were all covered in flash and even solid blocks of metal from ill fitting moulds. I would not mention this sort of thing lightly, but to go from perfection to these poorer specimens merits comment.
Posted by David at 07:57