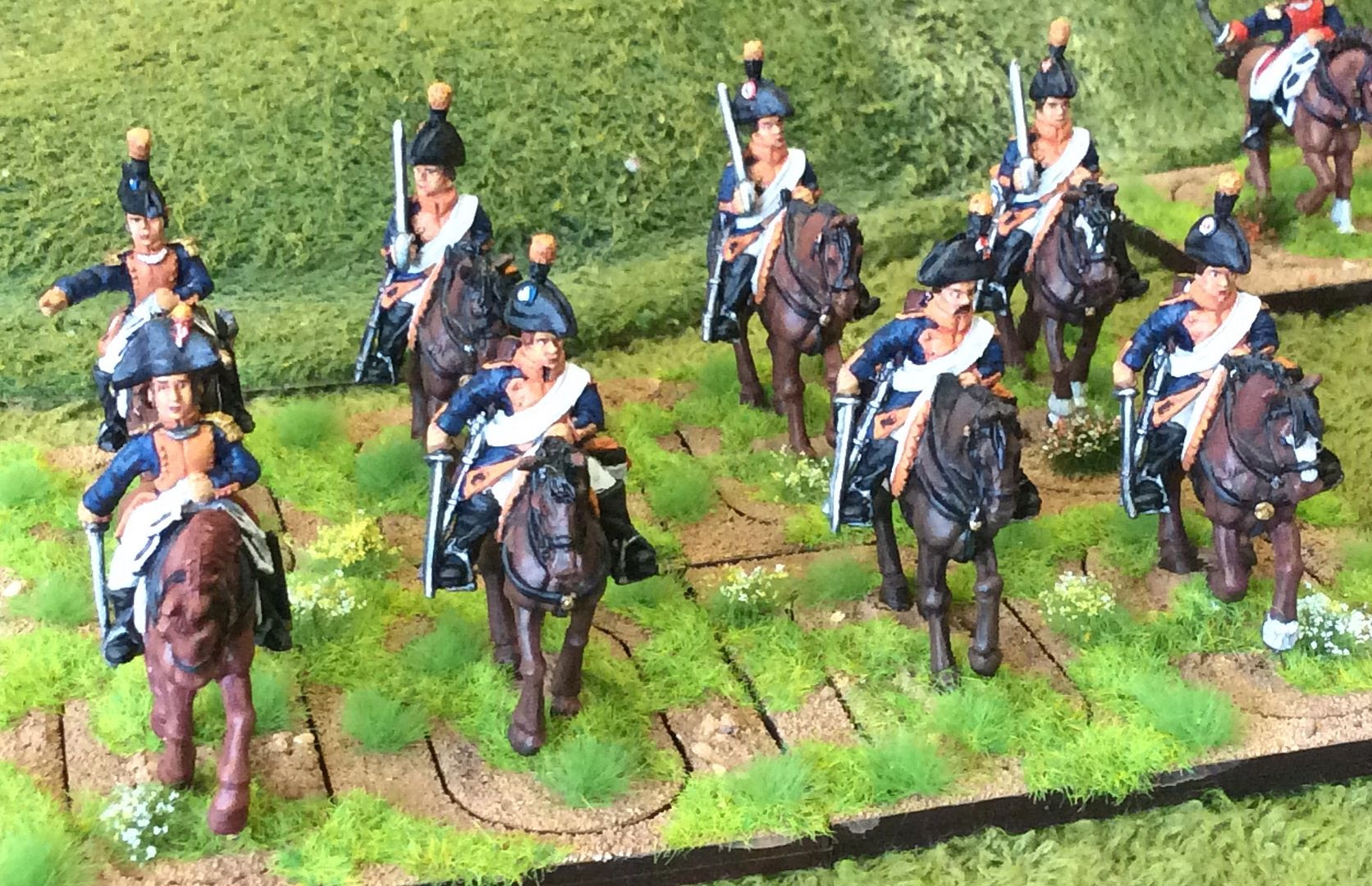 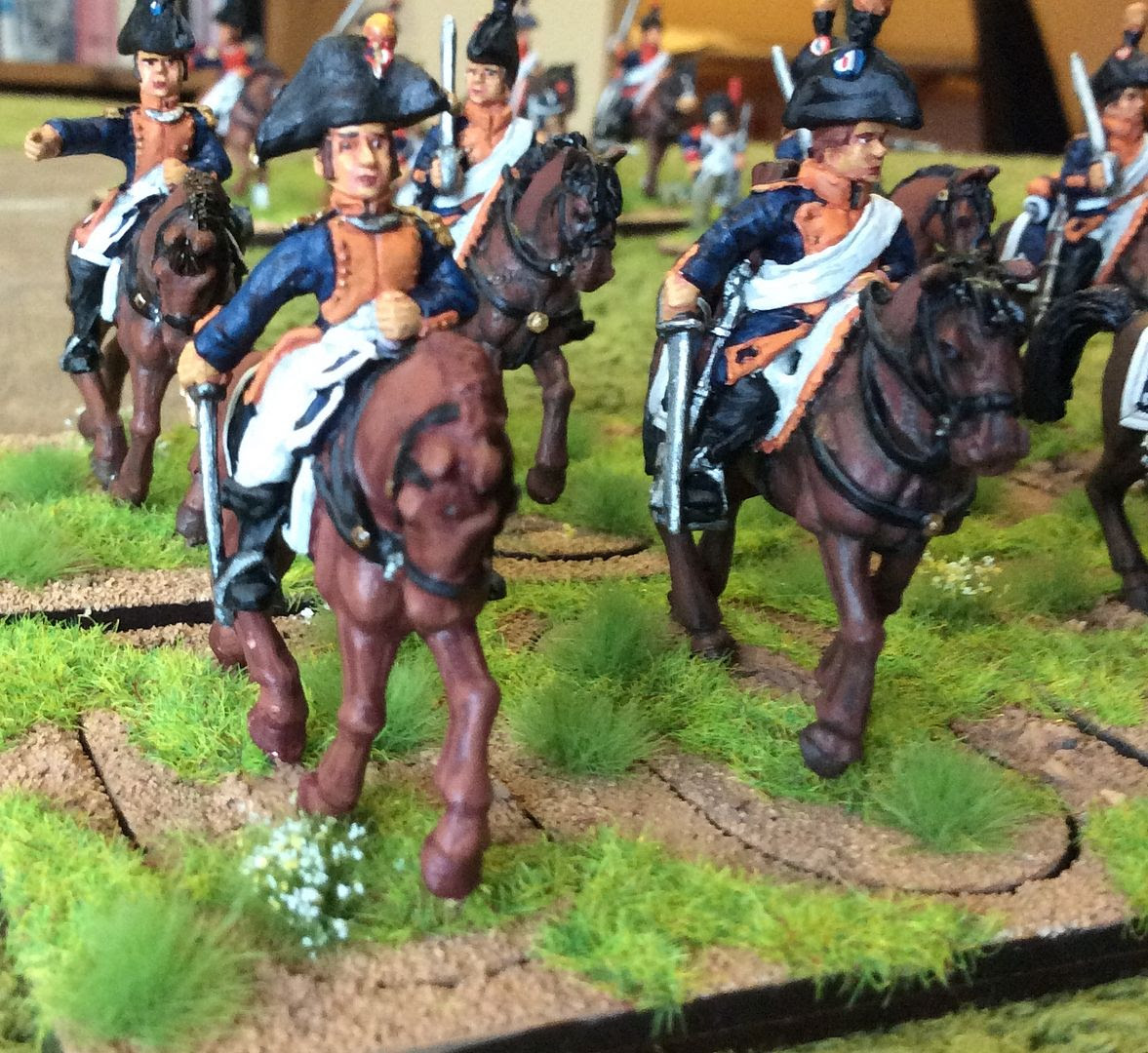 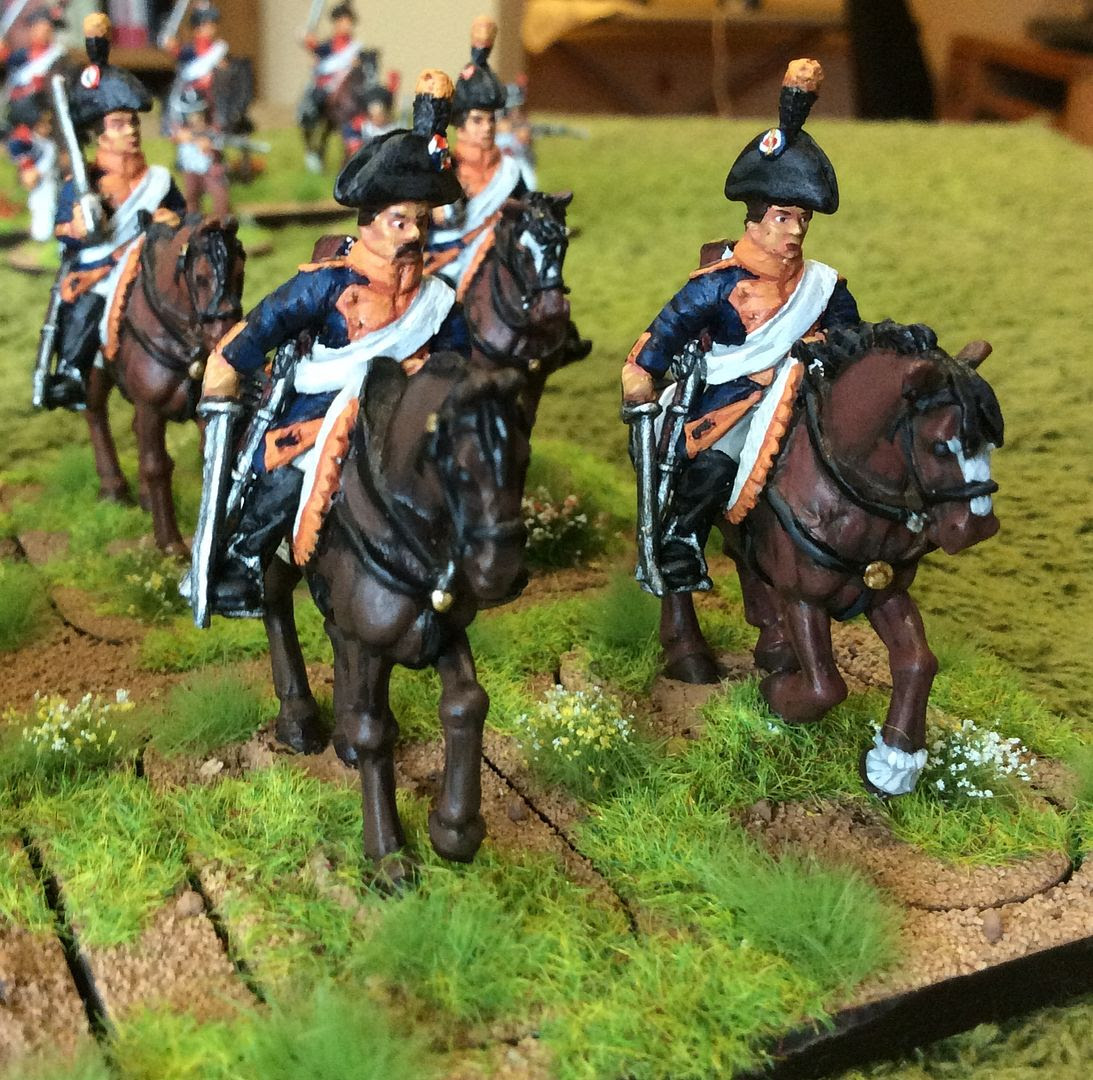 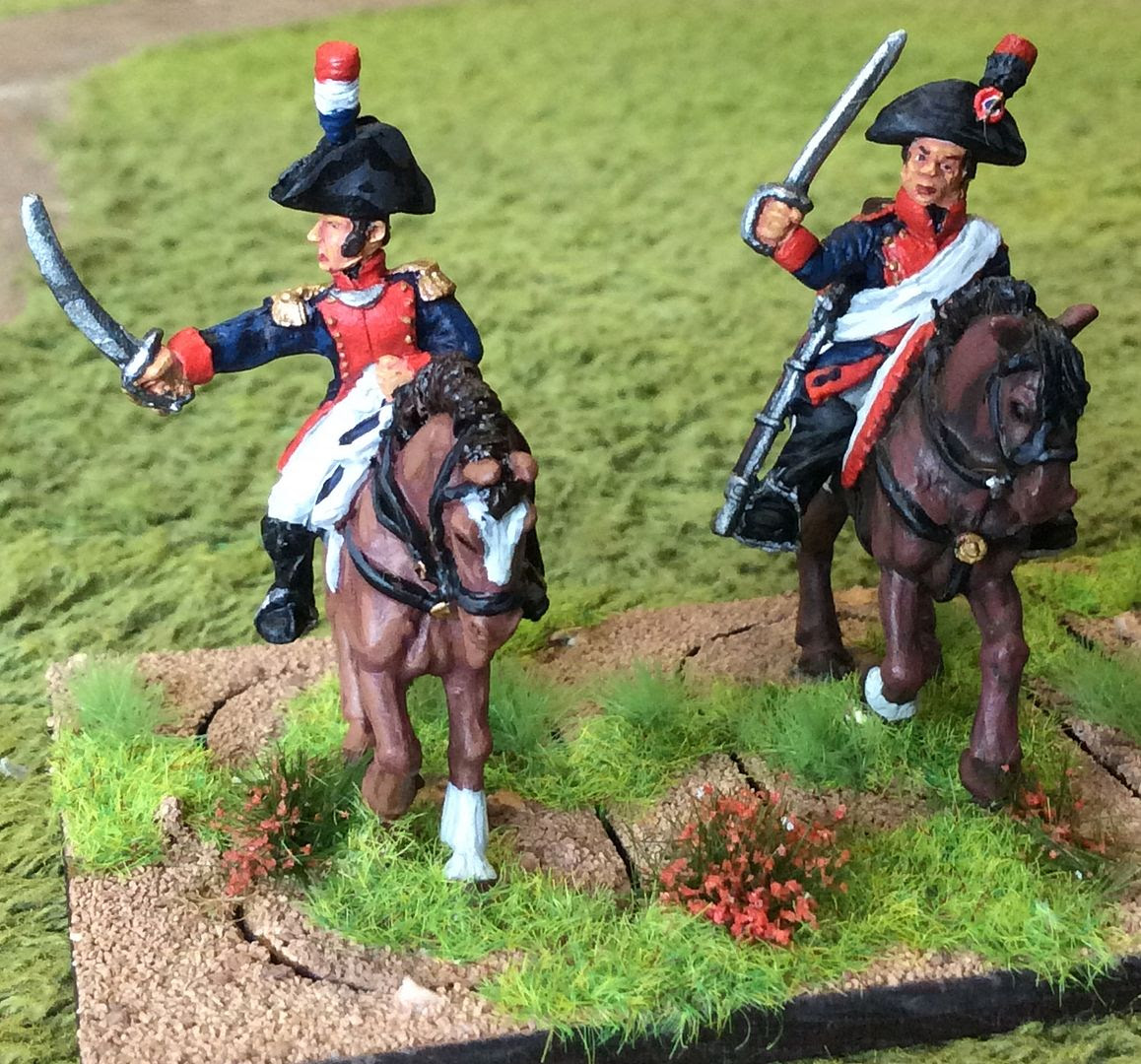 The four spare Trent Miniatures Elite Company figures, two firing and two loading, which I've based separately to use as skirmish figures. I've enough Battalions for the french to enable me to group the Elite Companies together into a composite battalion to boost the French options in a game. Next up in the painting queue will be some Front Rank early British Dragoons, which I think I will paint up as the Life Guards. I hope to get to these later in November as I'm trying to finish some stuff for Rhanzlistan as Wargames Illustrated  are coming to GHQ at the end of the month to photograph our collections to accompany an article I've written for them about our project.
Posted by David at 03:39