...or, "To be sure, Sor, those Frenchies really are coming!" A first outing for my Wars of the French Revolution collection and Jon's first try at Maurice. A small imaginary encounter battle set in western Ireland between General Le Blanc's Armée des Marais Ouest and General Wythering-Fyre of the Irish station.  The objective is the strategic crossroads you can see on the left in the first picture. But first, some scenes of the rural idyll that was Ballykillmoore ~

The right flank of the British force enters Ballykillmoore to deny the French the strategic crossroads. However, French cavalry can be seen ominously advancing in the distance ~

On the British left the French Infantry with artillery support does not daunt the gallant and impetuous (aka suicidal) British cavalry "Stirrups Up men!"~ 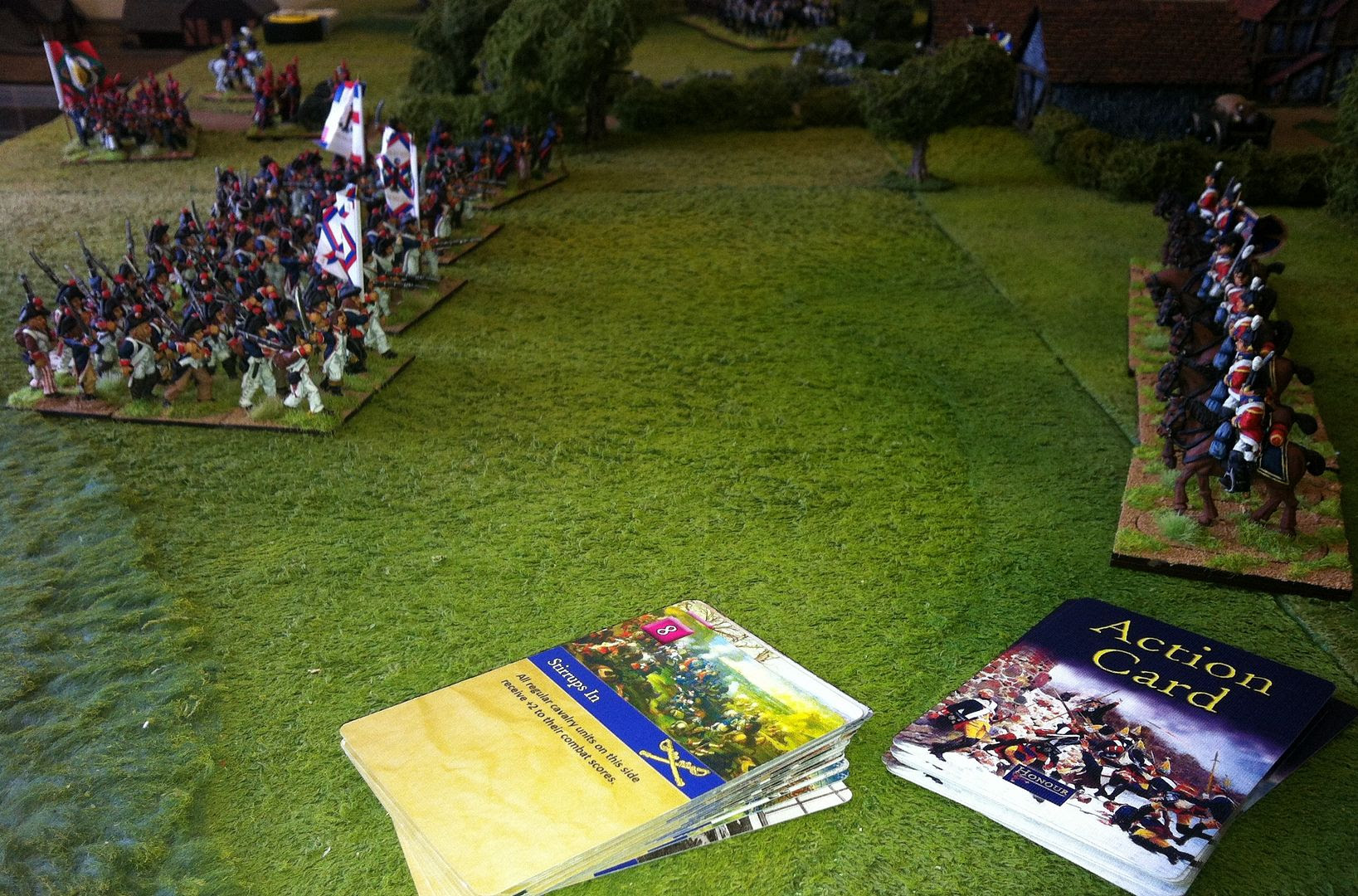 With his right flank threatened by the French cavalry, and with only a small force of Light Dragoons as support, discretion proves the better part of valour and General Wythering-Fyre orders the 8th and 12th Regiments to enter the safety of Ballykillmoore ~ 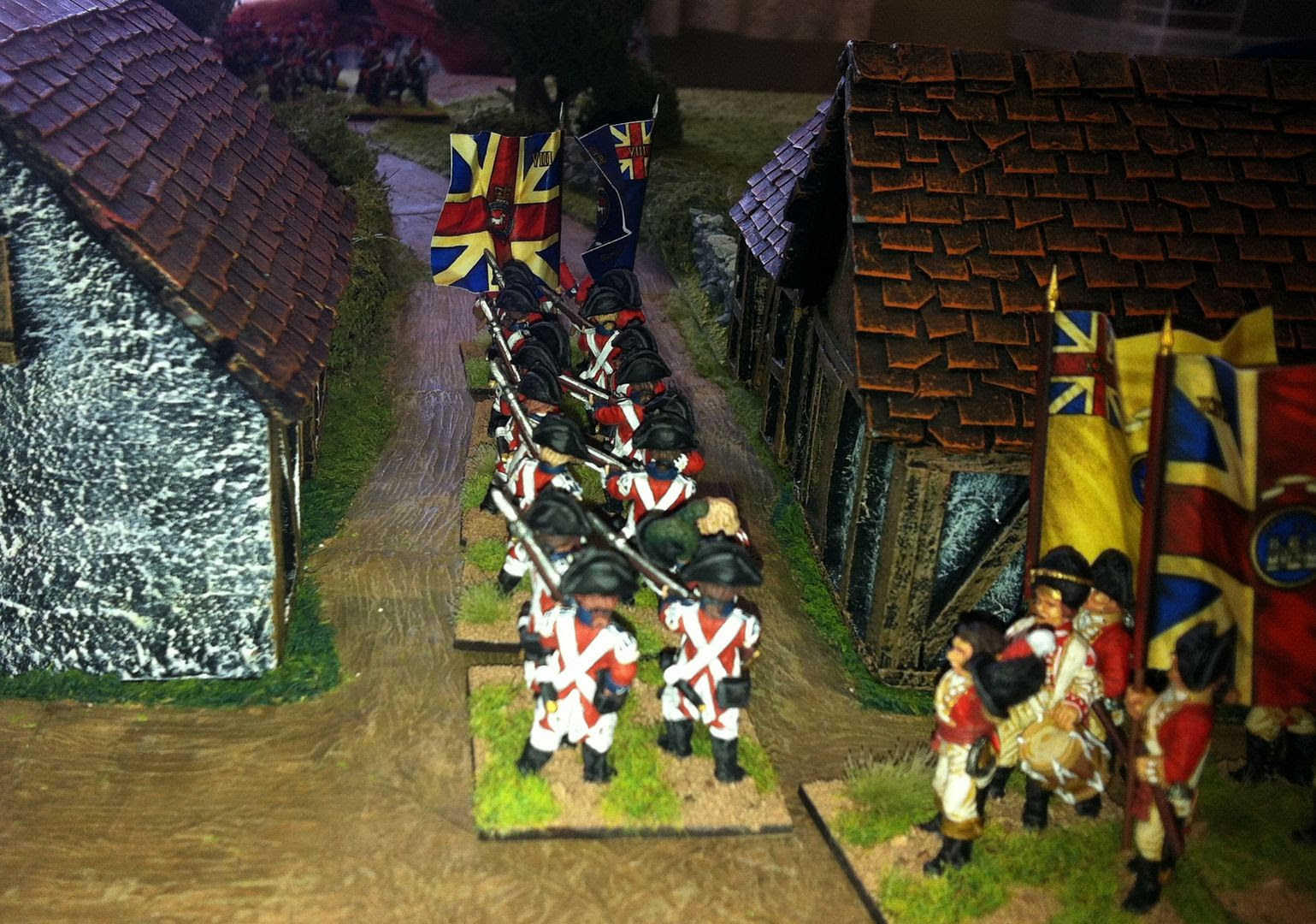 Meanwhile, over on the British left, their cavalry's gallant charge is shattered by the French conscripts! 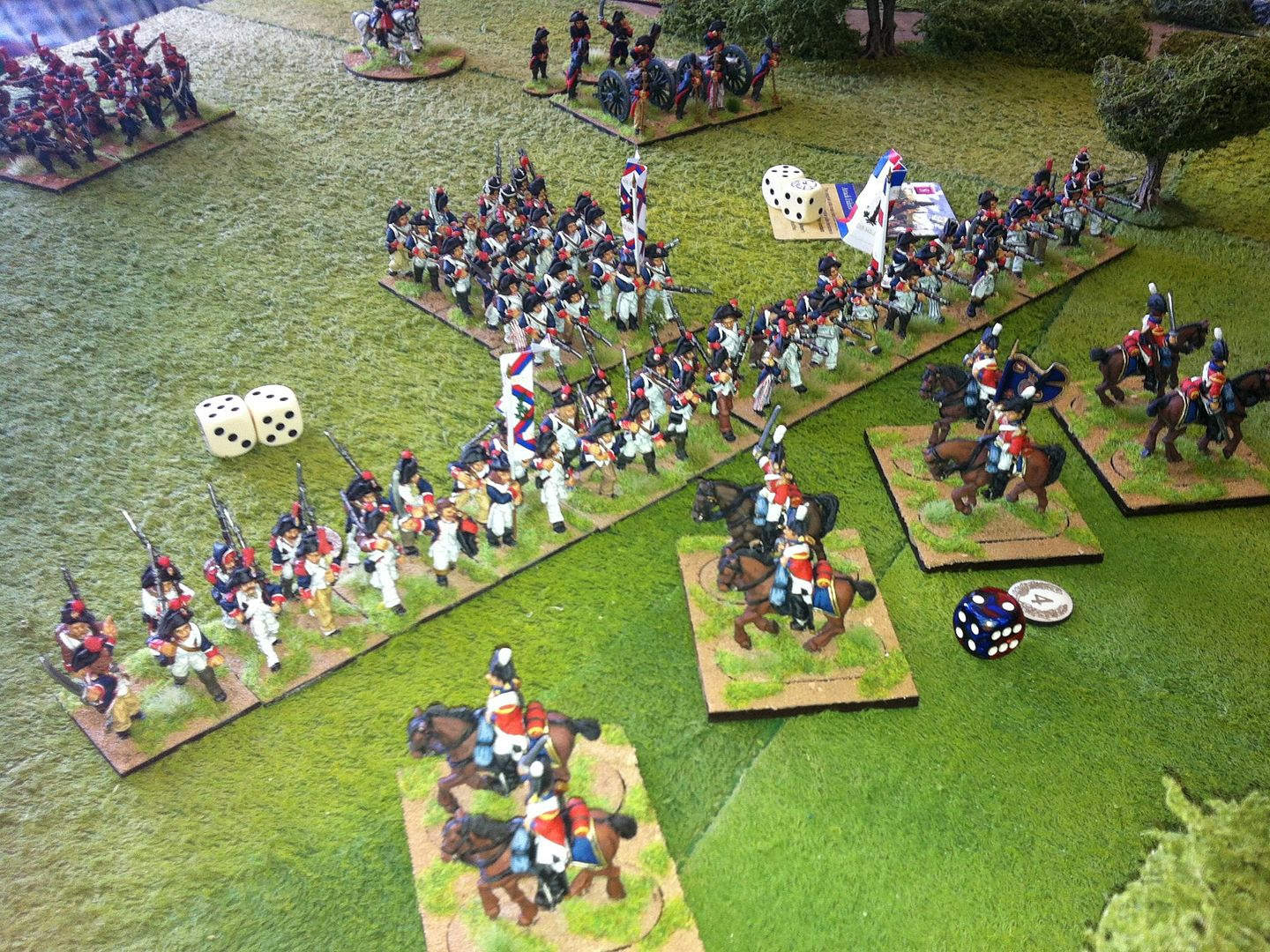 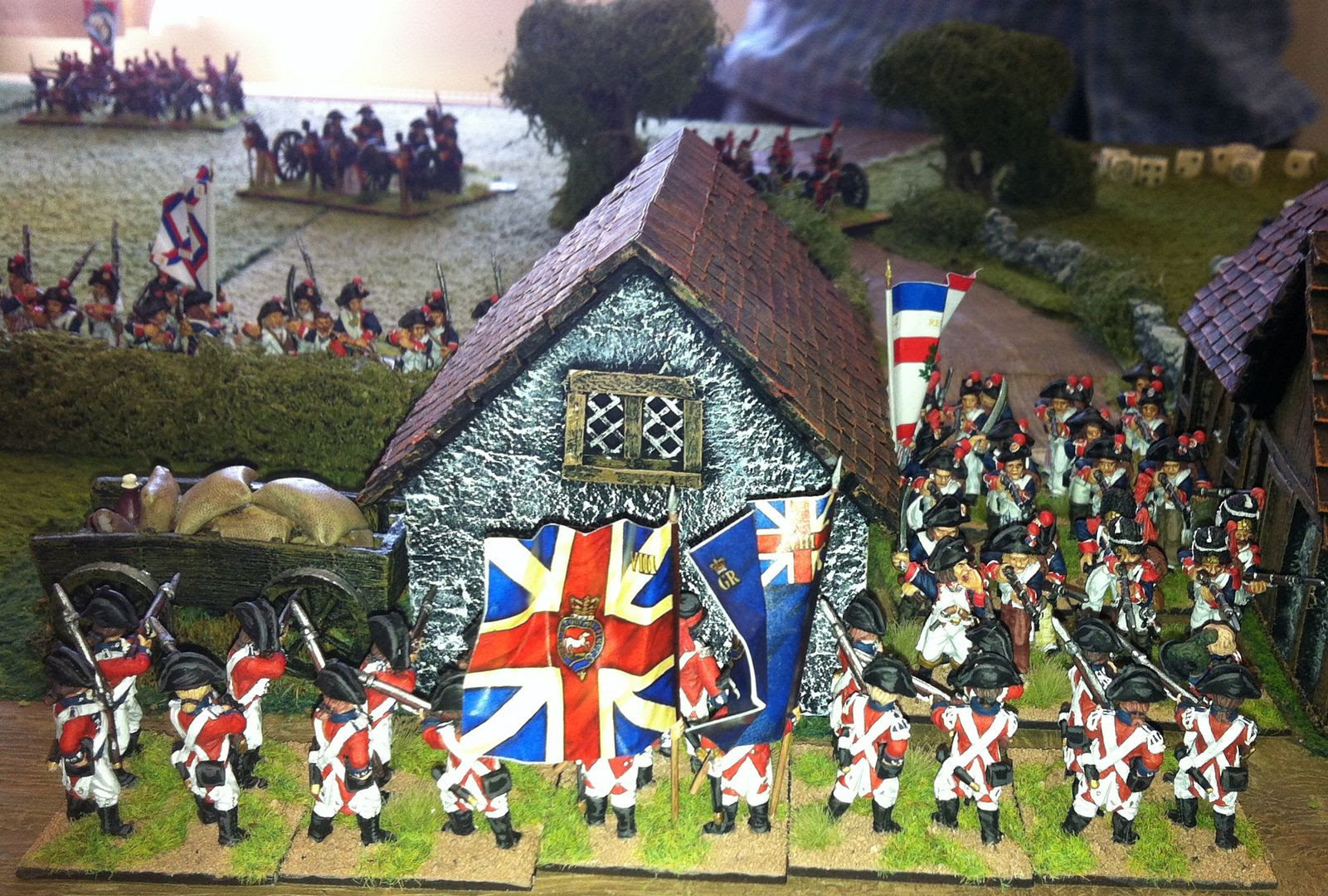 Back on the British left, the French infantry are taking Disruption points from repeated Bombard Actions by the Royal Artillery, but continue coming on in their old way ~ 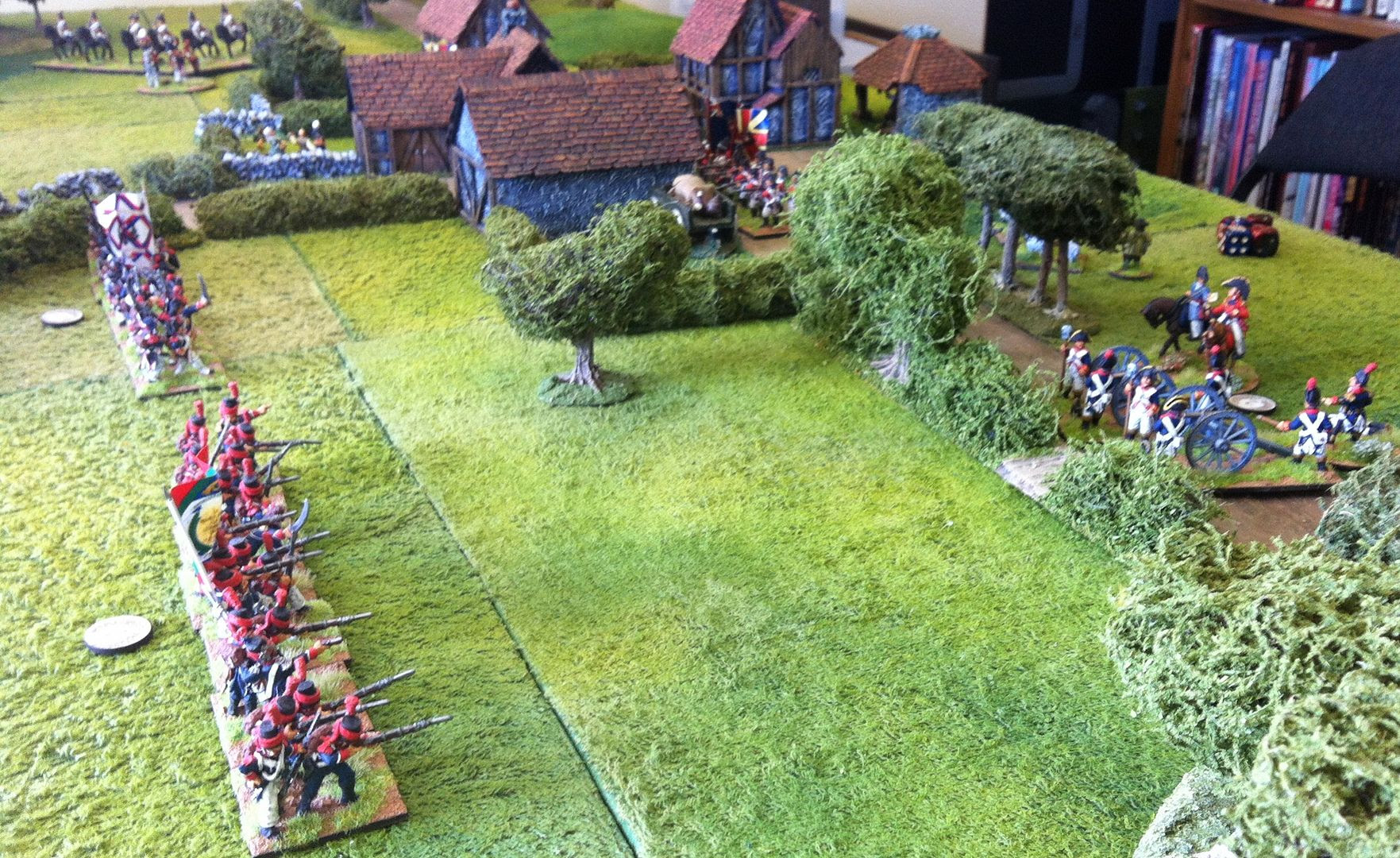 Despite their gallant, and at times foolhardy, performance, General Wythering-Fyre's lads are finally broken by their old enemy lead by Le Blanc! The French are in Ballykillmoore! ~ 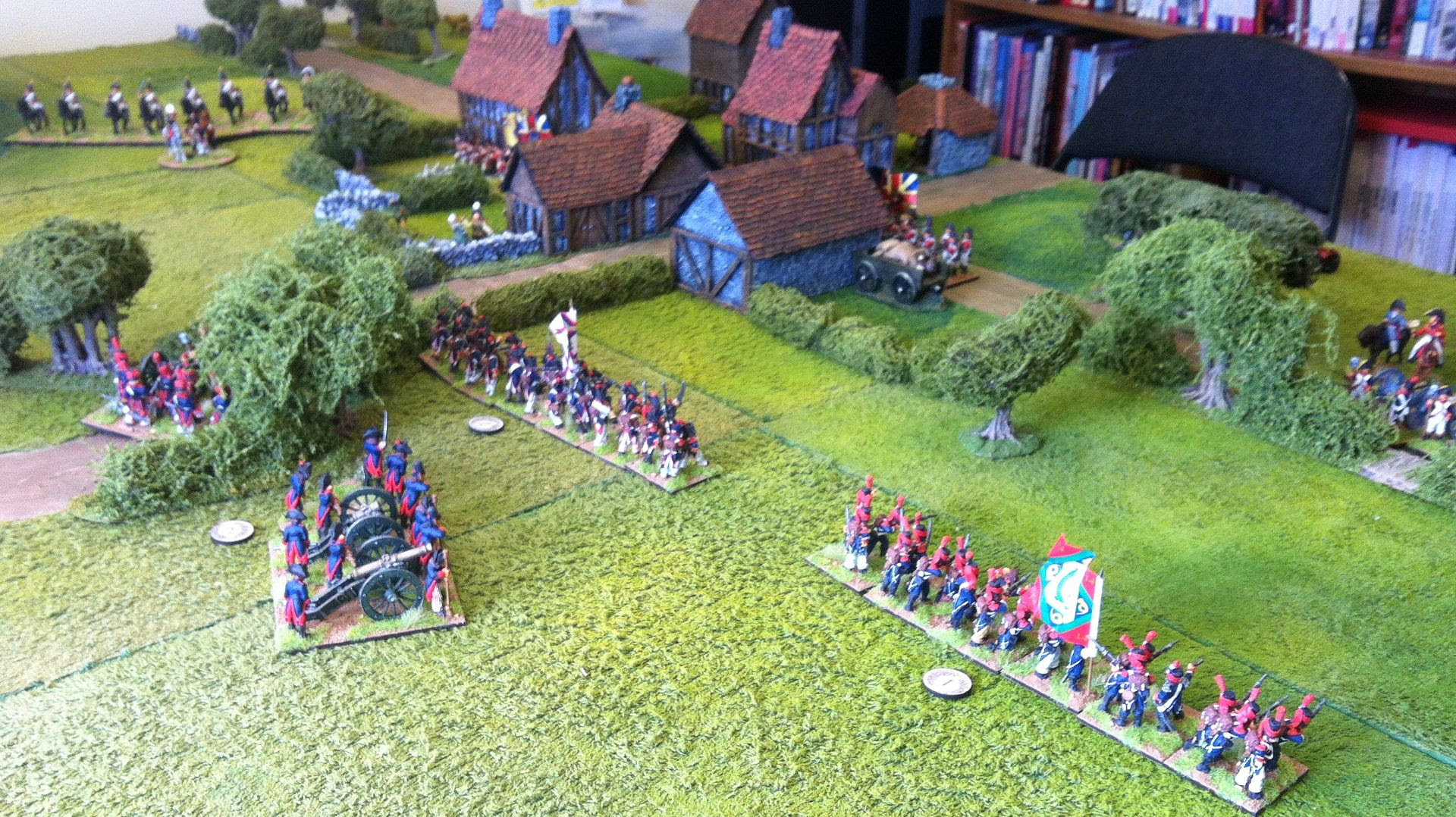 Our game lasted three and a half hours and was keenly contested throughout. At times a paucity of Action Cards hindered us both and both sides suffered from sharply declining Army Morale on occasions as a result of judicious enemy use of Event Cards. In the end I ran out of units and could not deny the French the game objective of the crossroads. A good advert for the Maurice system as both of us were thoroughly engrossed in the contest. Jon is keen to try again, so I think there may be a rematch next month sometime.
Posted by David at 15:05