Phil and I recently returned to our Bolt Action WWII games set in the fictional world of Blandings Castle, created by the writer P G Wodehouse. Our setting, for any who've not wandered this way before, is 1940 post Operation Zeelowe/Sealion and sees various rag tag British forces engaging with German forces advancing on the area of Bridgnorth in Shropshire, where Wodehouse set Blandings Castle and its inhabitants. Without more ado ~ 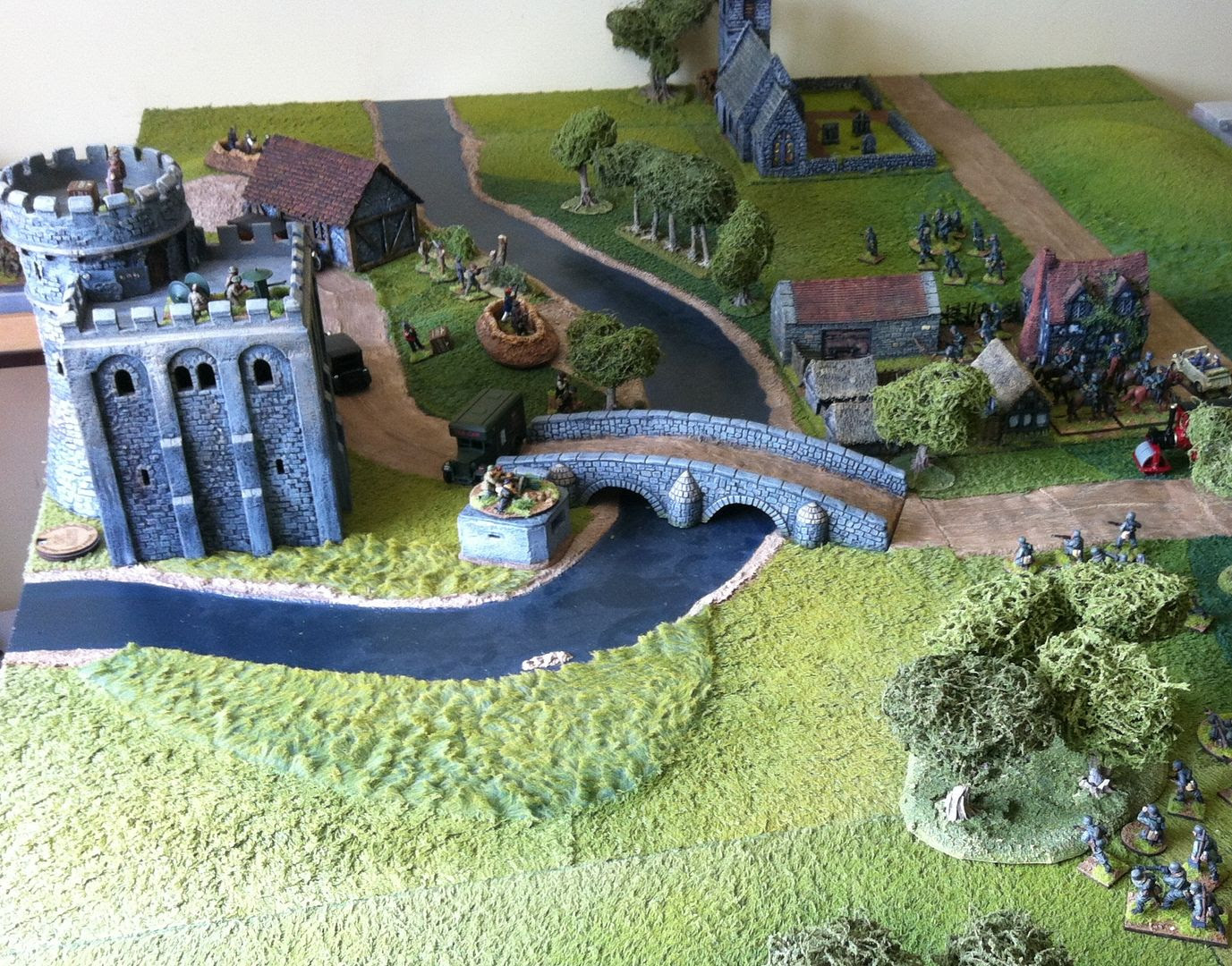 The general layout of the game: the Germans advance from the right hand edge as you are looking at the table. The Market Blandings LDV and an ad hoc group of family, staff and guests are manning a perimeter defending the castle. 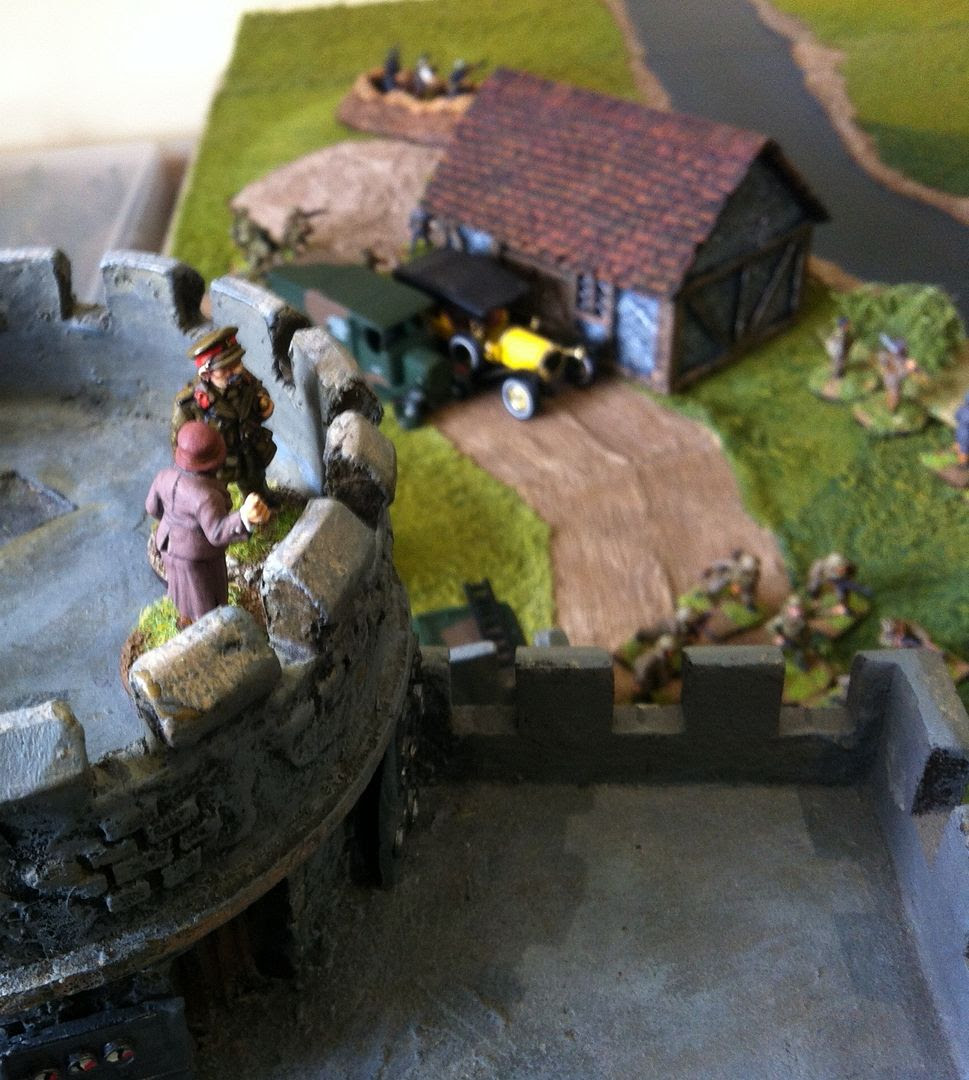 Lord Emsworth and his formidable sister Constance oversee the dispositions of the defenders of Blandings. 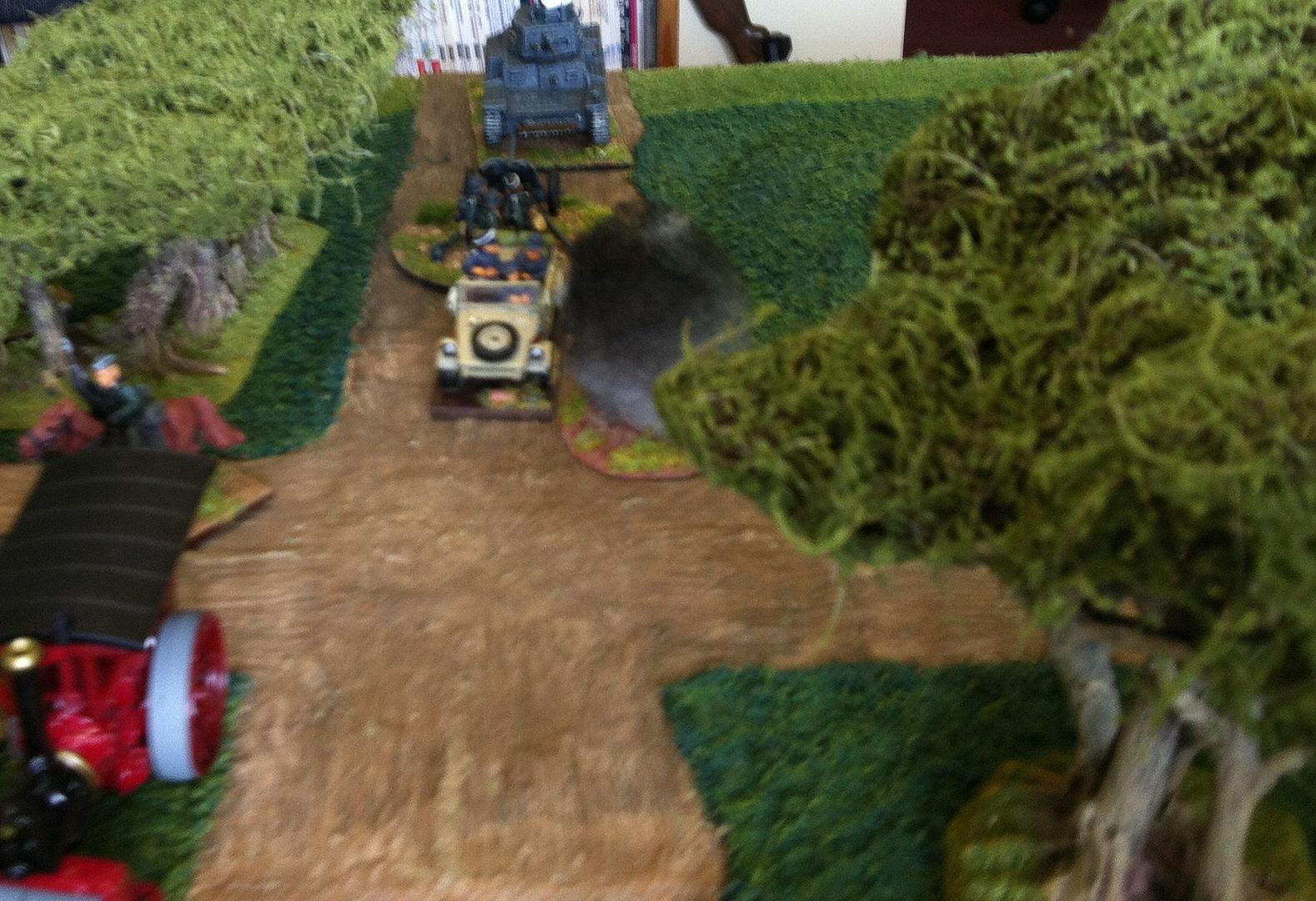 The Germans advance down the road to seize the crossroads. The Pak 30 never got into action, but more, sadly, of the Panzer later... The local LDV have a Smith gun on the tower. In the whole game they score precisely 'NO HITS'! 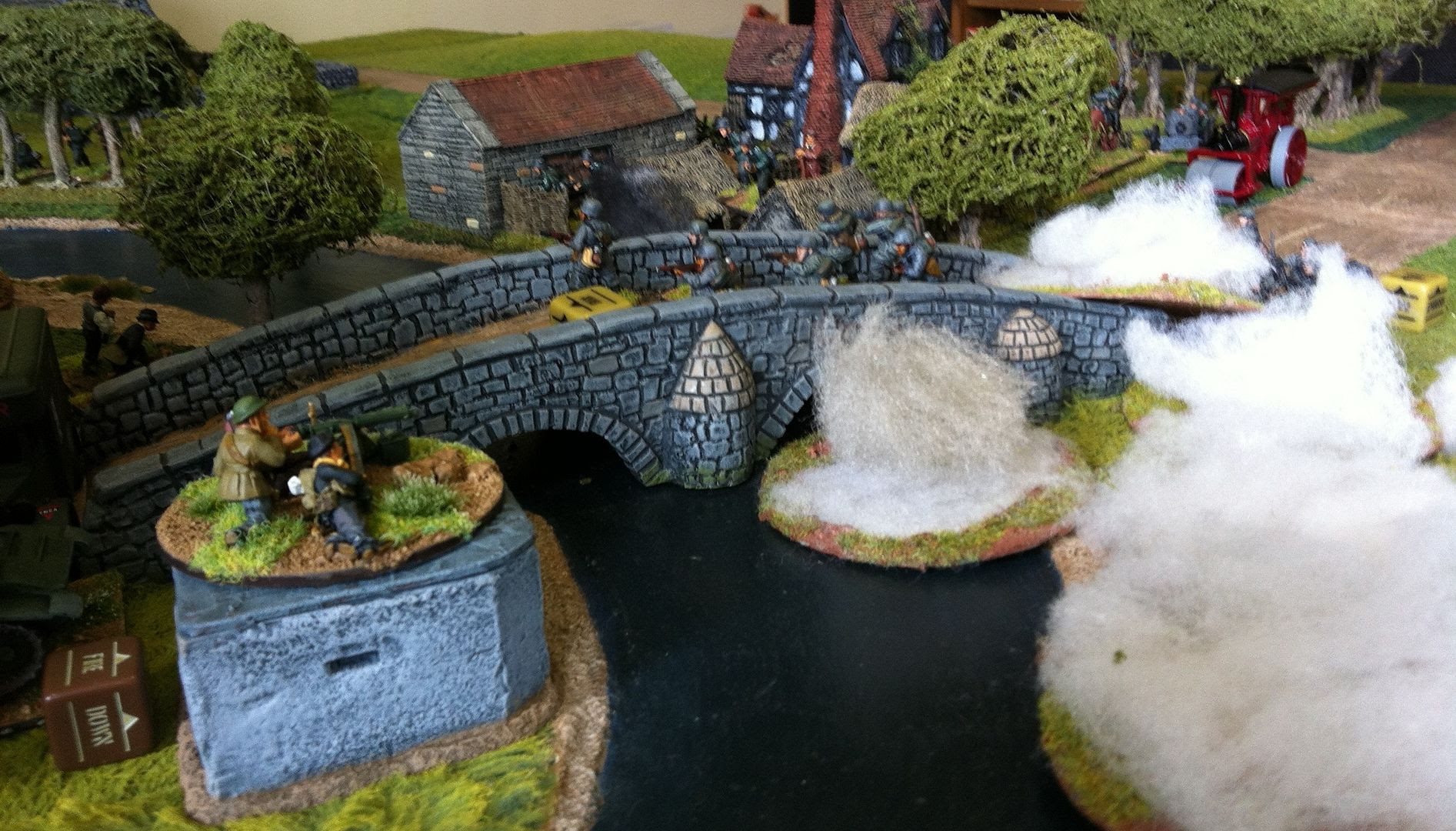 Using the covering effect of smoke rounds, the German paratroopers get a squad onto the bridge. Although they do not breech the defences, they draw fire and that allows... 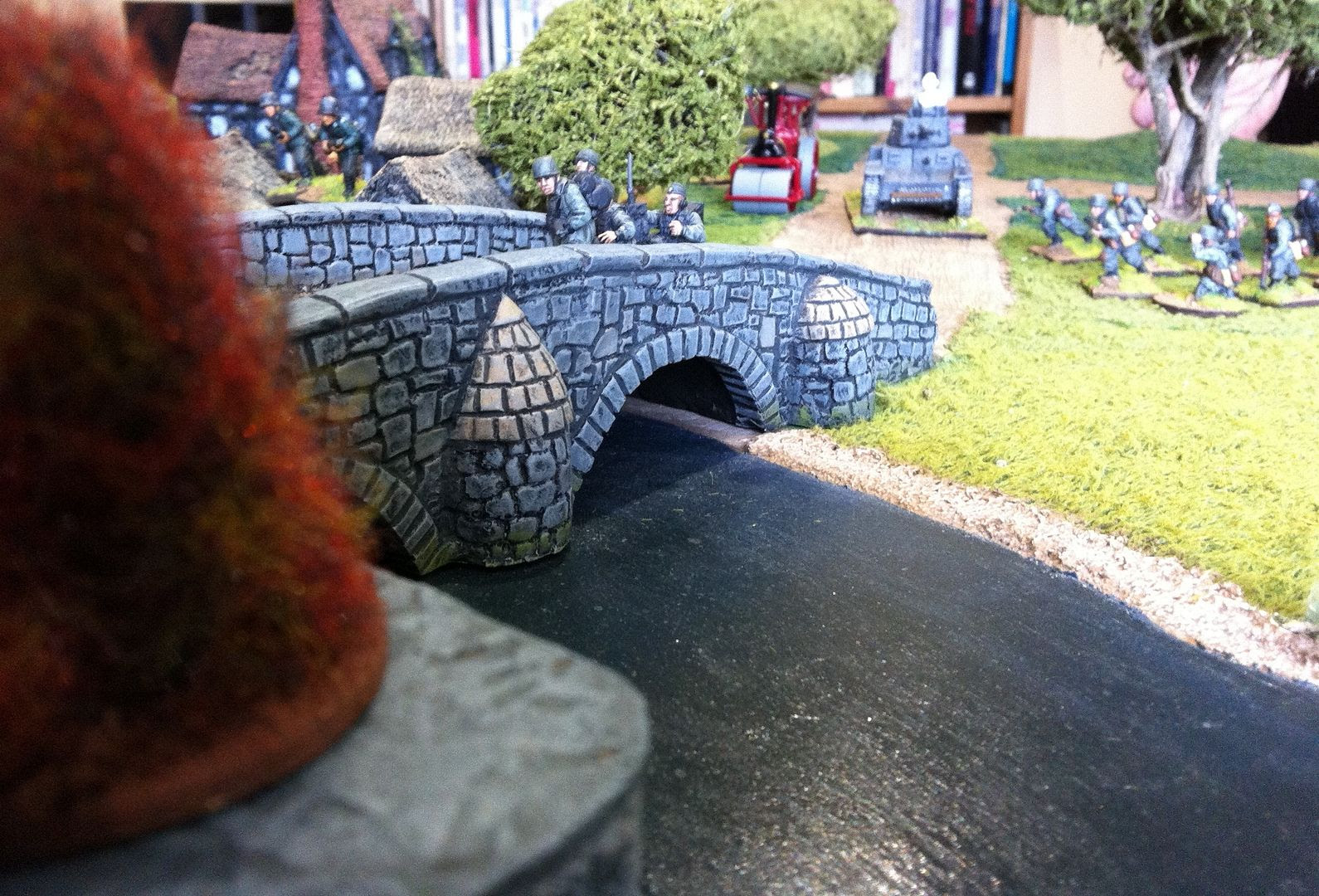 ...the flamethrower team to take out the bunker and its MMG defending the bridge crossing. 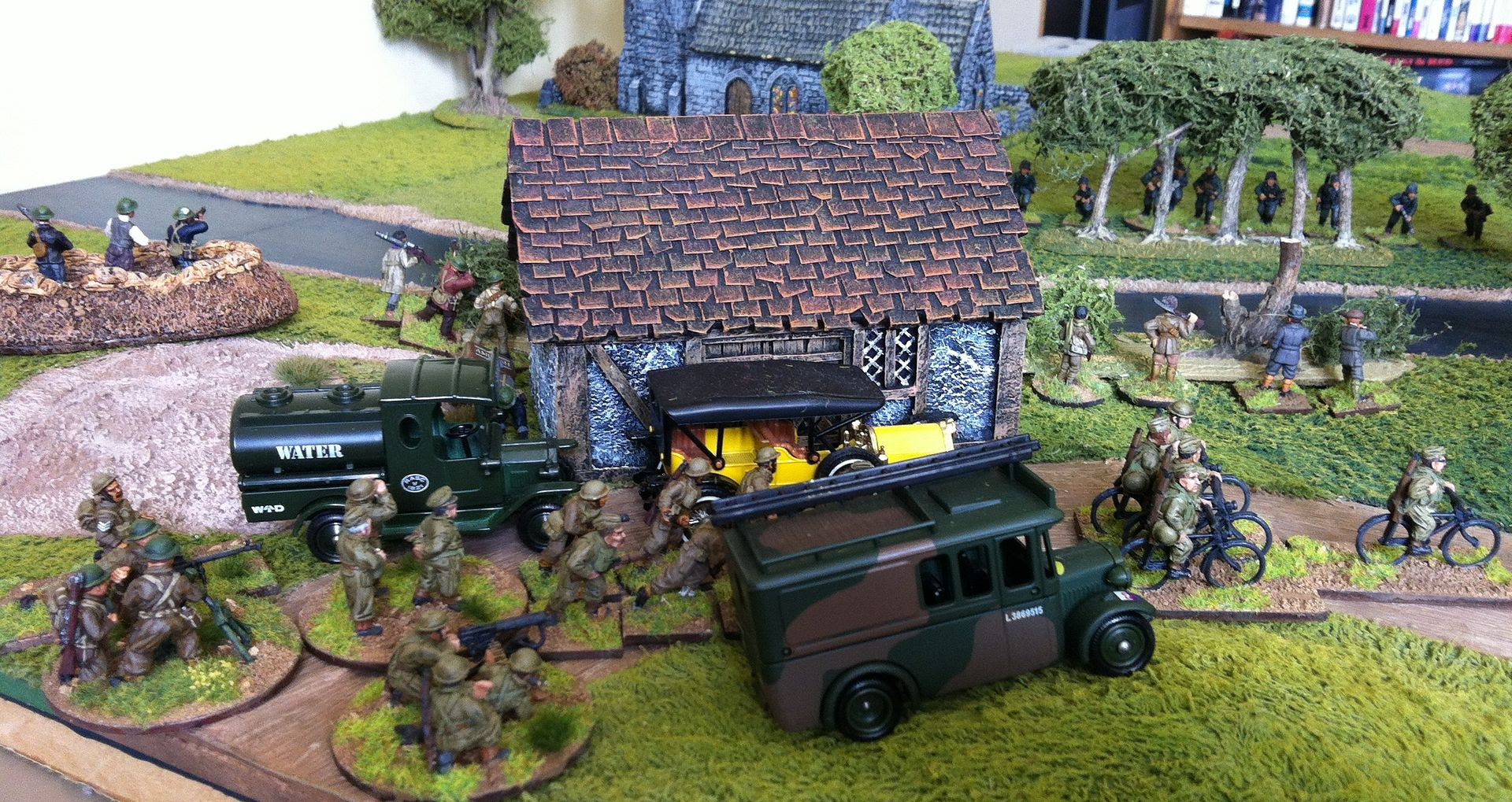 With the Germans pressing the defenders at several points on the perimeter, finally in Turn 6 three squads of Regulars arrive to bolster the defence. 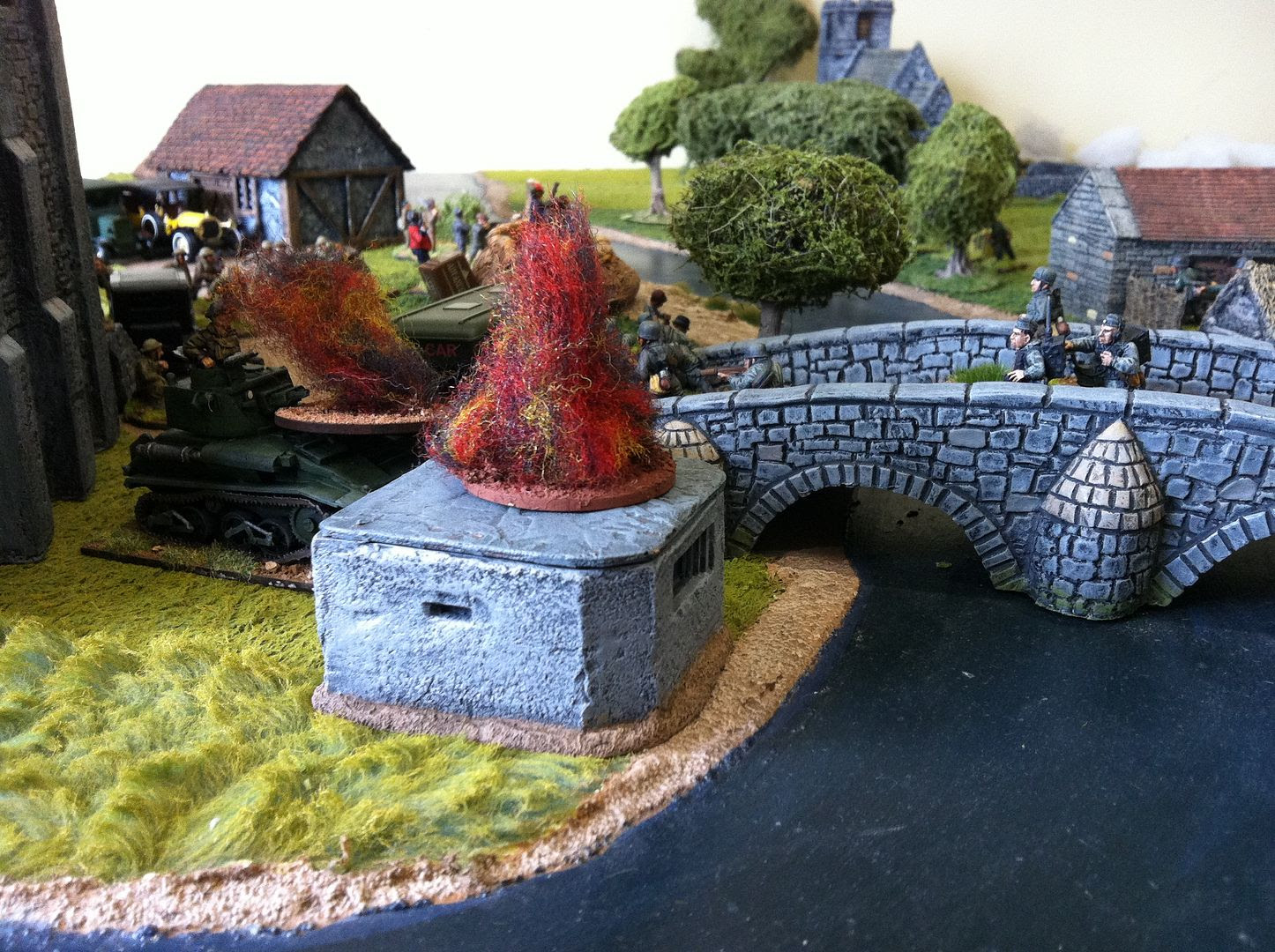 That was probably just as well, because the flamethrower team also went on to account for the Vickers VIC tank... 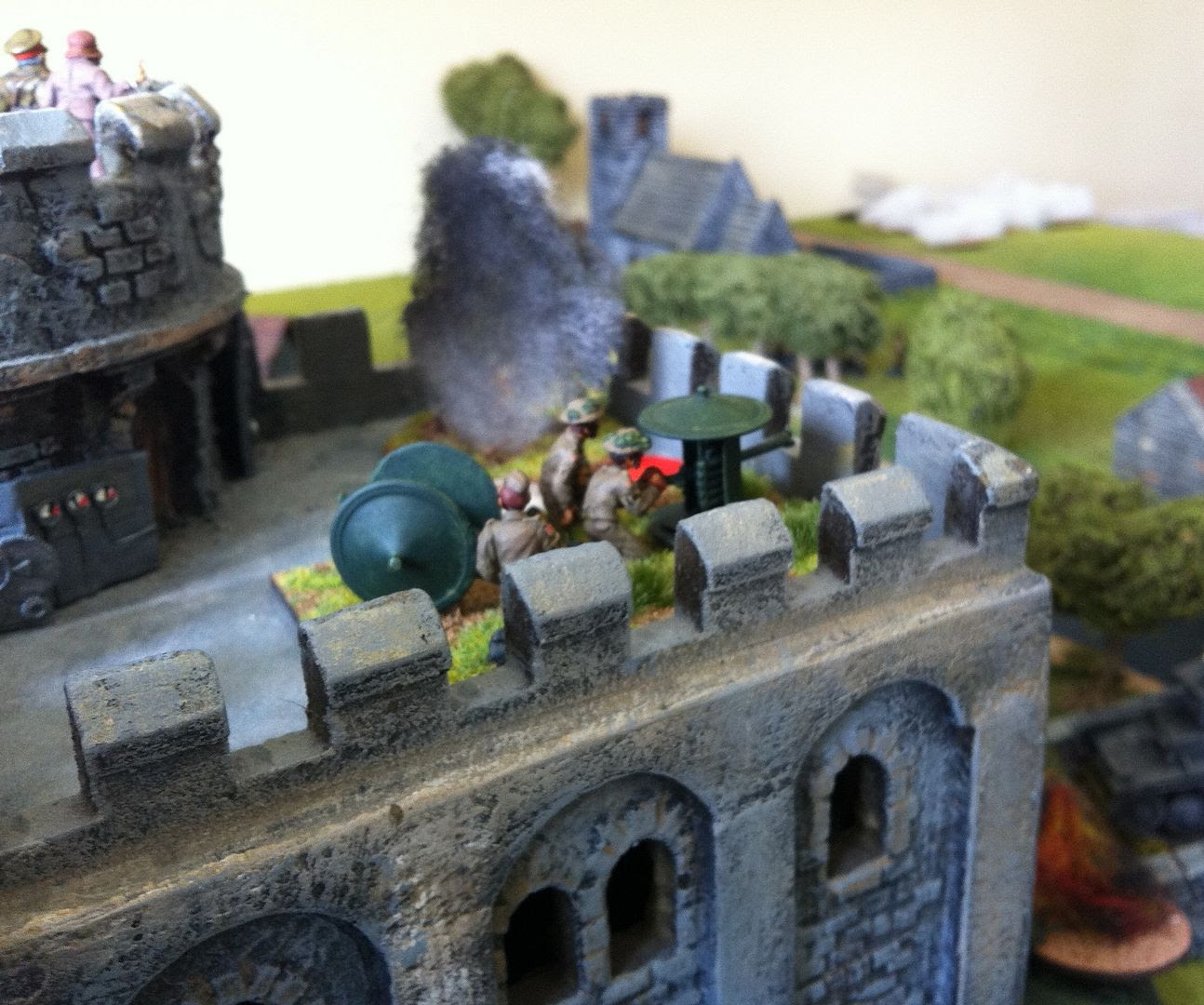 ...while the mortars accounted for the Smith gun's crew! Things were looking decidedly sticky for the defenders as the Panzer and more paratroopers forced their way onto the bridge. The defenders poured down fire on them, holding them at bay, though the anti tank rifle team could not make any impression on the tank. A crisis was approaching, surely? 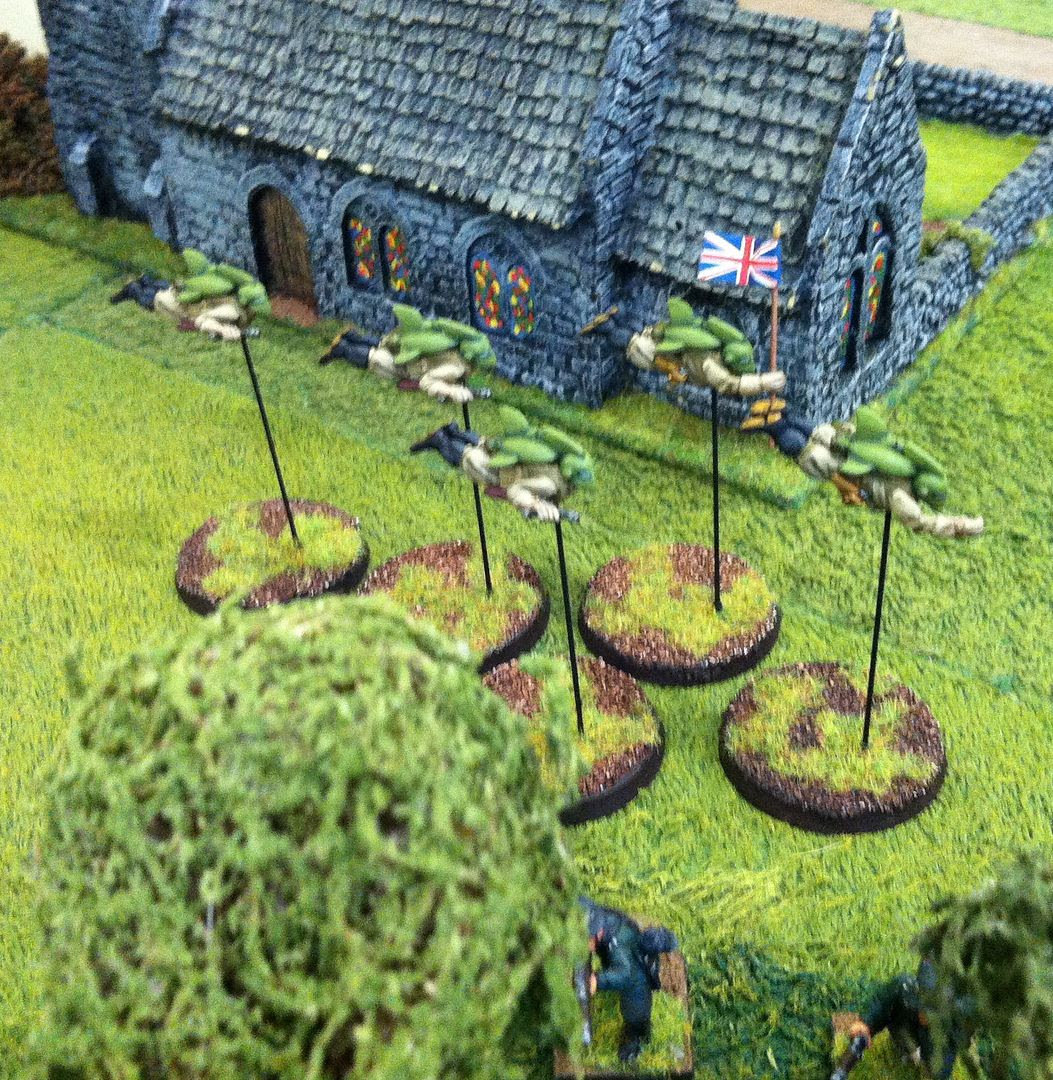 Just as it seemed it was all up for Emsworth, the Empress and the rest of the 'cast of thousands', the roar of rocket engines tore the air! Arriving on the Germans' right flank could be seen the latest creation of Professor Braynestawme, with Winston's support of course, a squad of the newly formed B.E.R.T. {British Experimental Rocket Troop}. 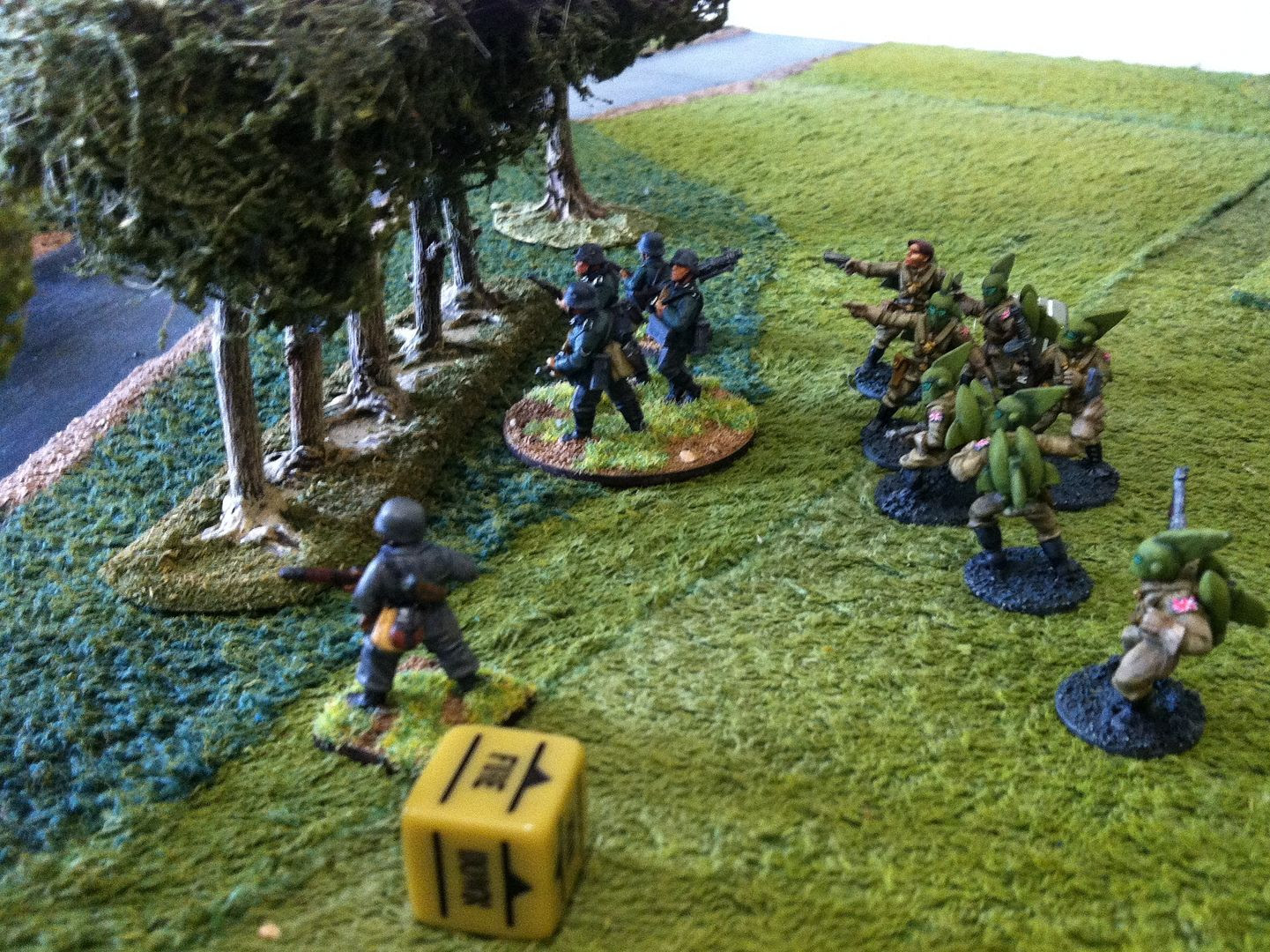 The Germans' find themselves under attack from an unexpected direction as, in the best traditions of the British Cavalry, the troopers of B.E.R.T. swoop down and engage their enemy in a close range fire fight. The Germans never had a chance!
After ten turns the defenders of Blandings were still holding their side of the river bank. While the Germans were holding the bridge and Home Farm, they could not now commit reserves to the final push, moving men to their right to counter the new and unexpected threat. We called it a draw...
Posted by David at 15:39