Its been a grand week for me and mine! No, I did n't have a number on the Lotto either, Phil, before you ask! Sue and I spent a few days with Matt, Sarah and Arthur down in Goldaming. While the weather was n't wonderful, the company and entertainment were brilliant. We also helped out with clearing rubbish from the builders and tidied the garden. As an added bonus, and an early birthday present, Matt presented me with a 28mm version of myself for my Union ACW army! I've spent the last three days painting him up, so, without more ado, I present to you Useless S Bykleigh, Major General USV ~ 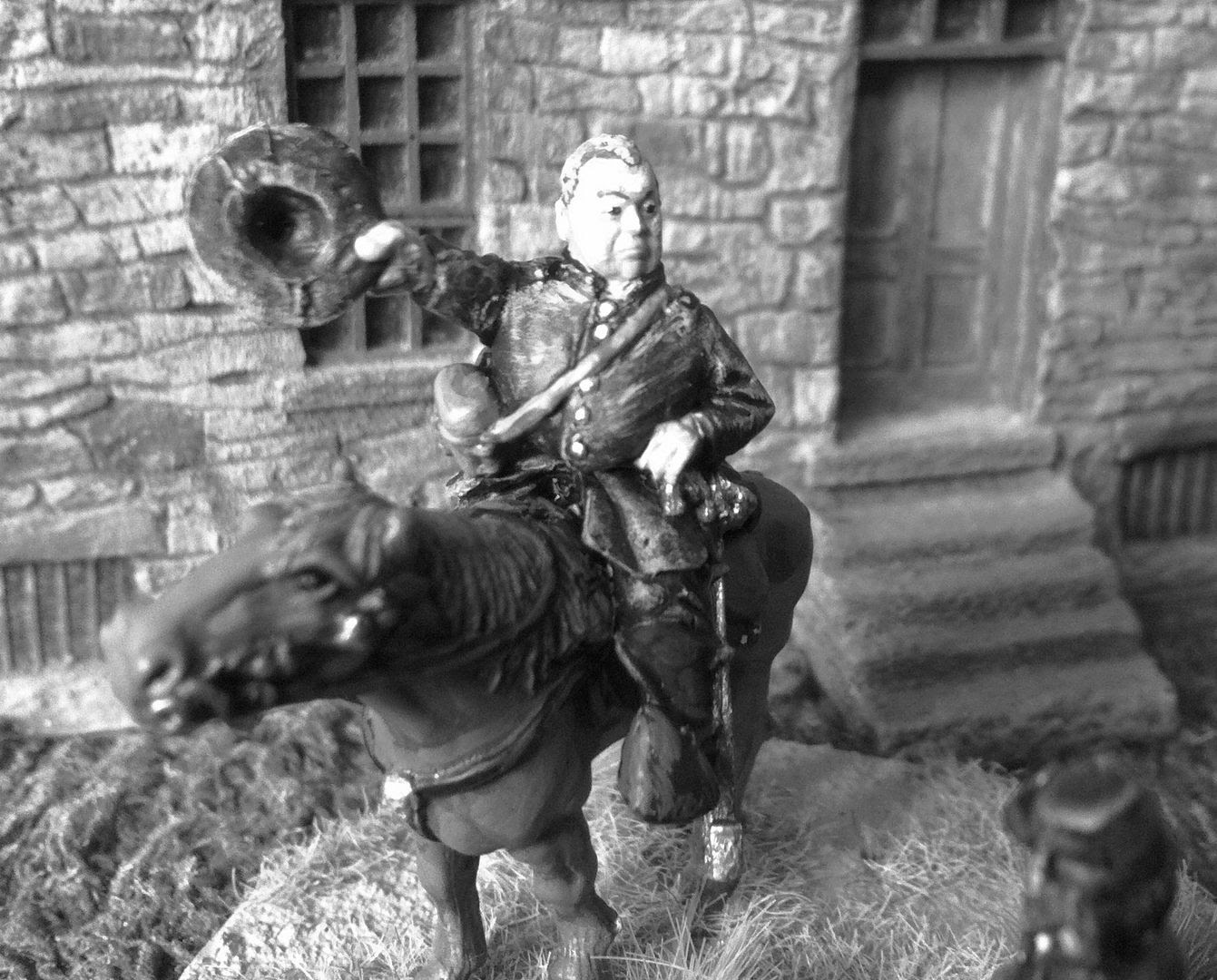 Matt sculpted 'my head' from photos, while the body, sadly including the girth, was added to a Redoubt figure and the horse is by Dixon of course to fit in with the rest of my ACW collection. I've always wanted to be down on the table leading my men, probably to yet another defeat, like most gamers I suspect! Here he is in colour ~ 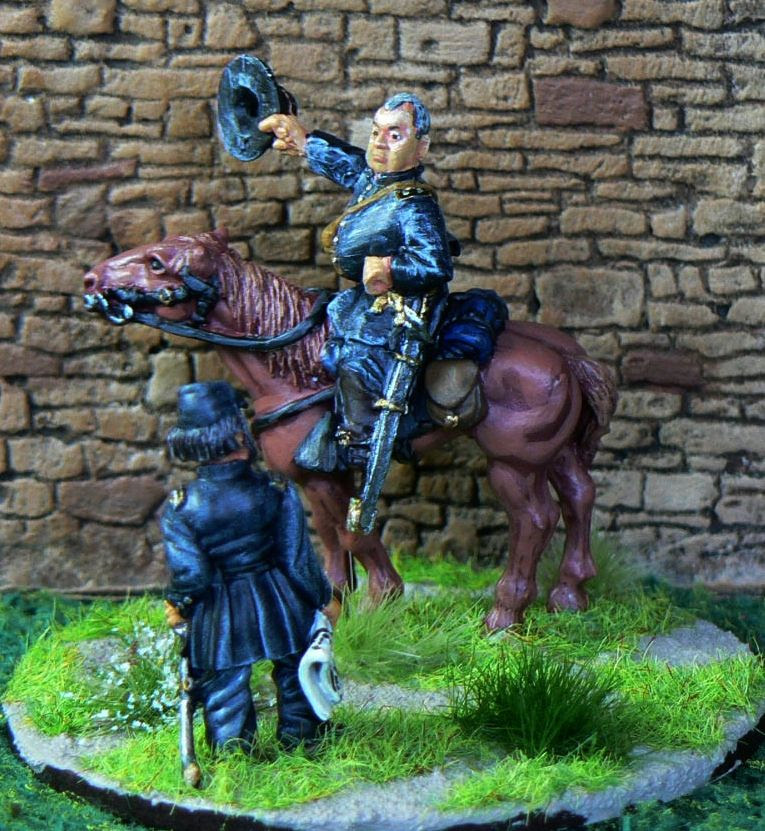 When we got back home from our visit I had to quickly rush around GHQ getting the table ready for the next day's Wargames Illustrated photoshoot. Dan was coming over to take some ECW pictures to accompany a piece I've written for publication later in the year. In fact he should have been here last month, but his visit was abandoned when we had a foot of snow! Watching him taking the pictures was instructive, but most worthy of comment was the fact that he took 96! To add to the 84 he took on a previous visit. Yet the maximum number which will accompany the artile, or so he said, would be 10! Interesting I thought. Here are a few shots from the table which I took before Dan arrived ~ 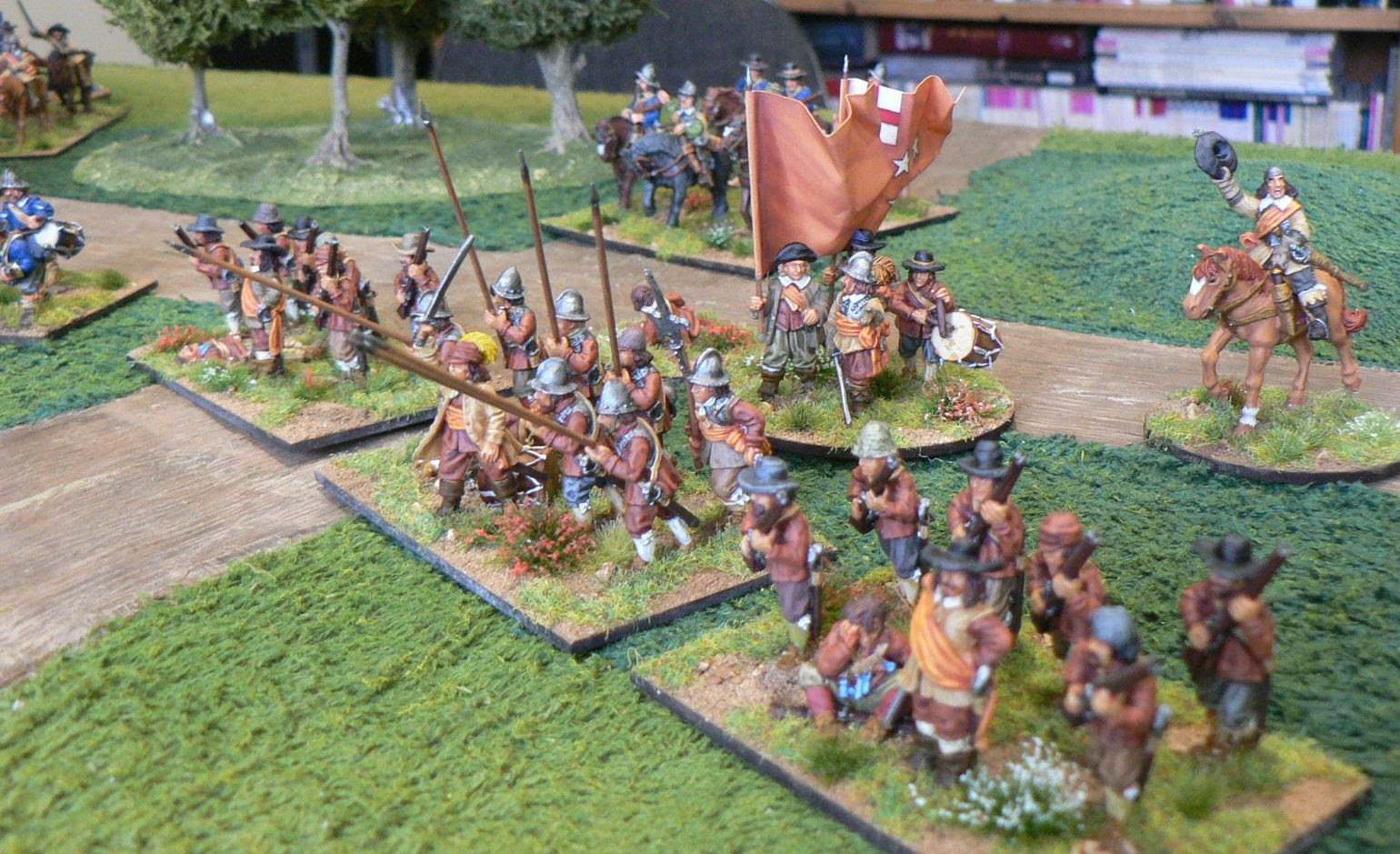 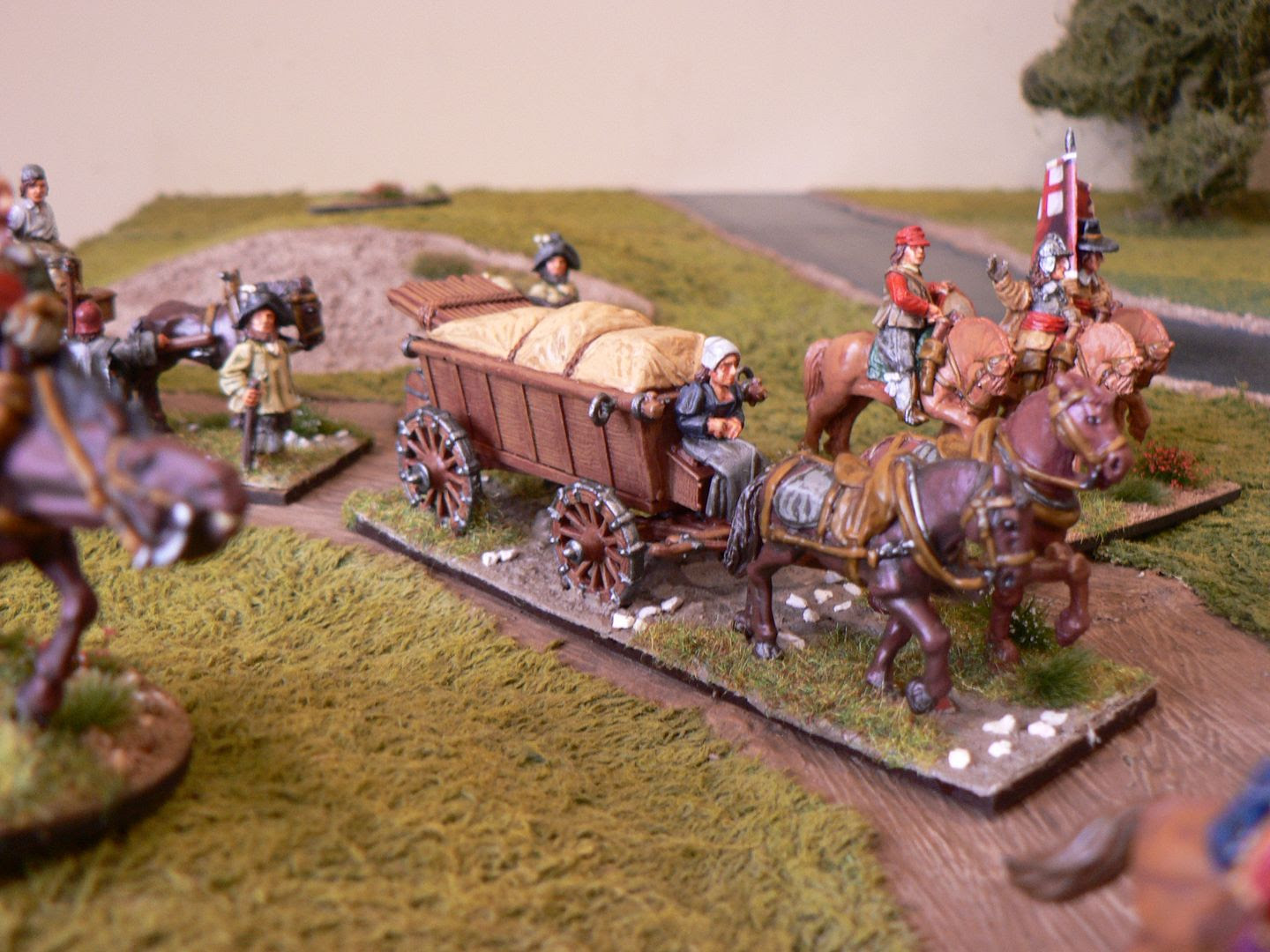 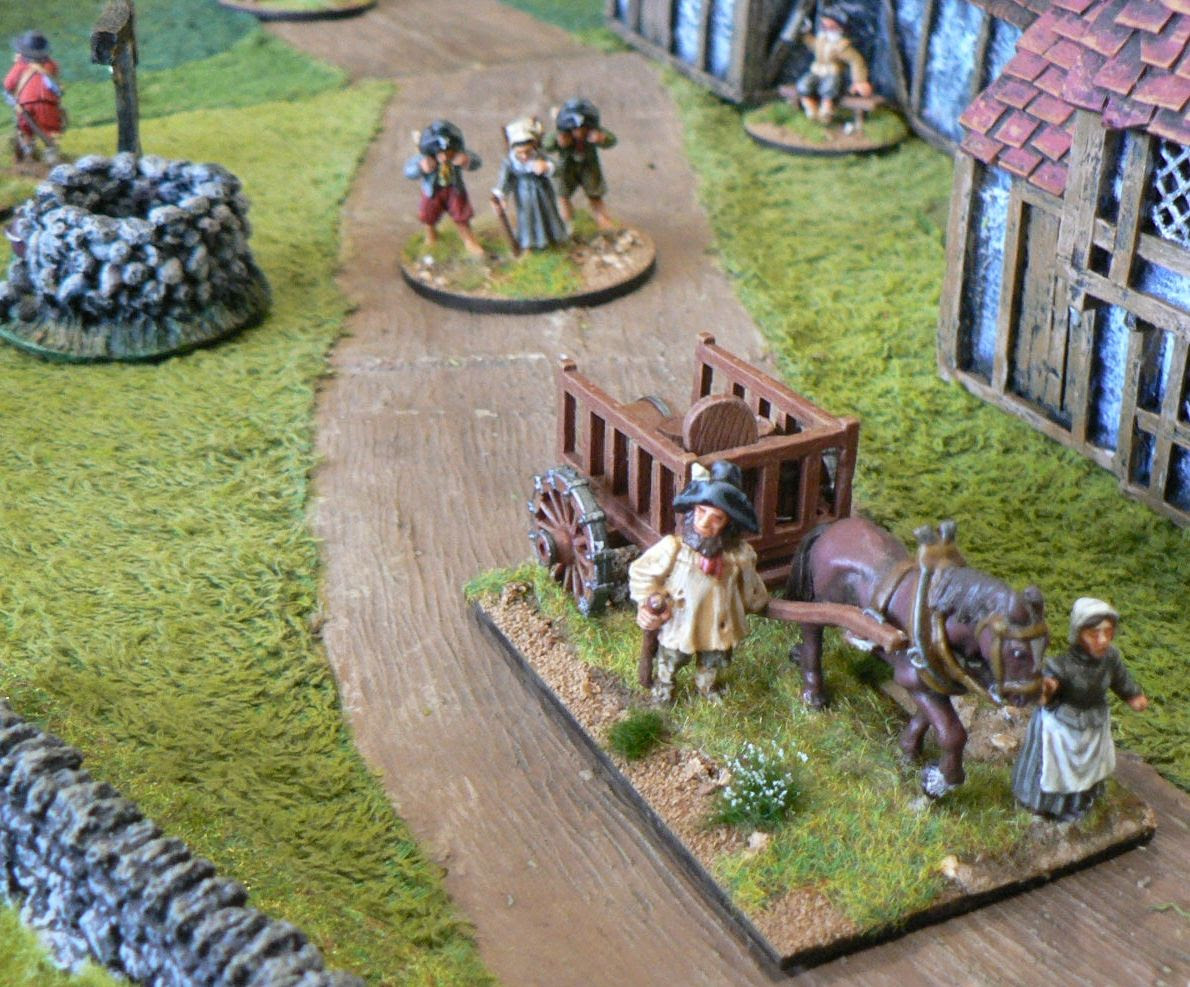 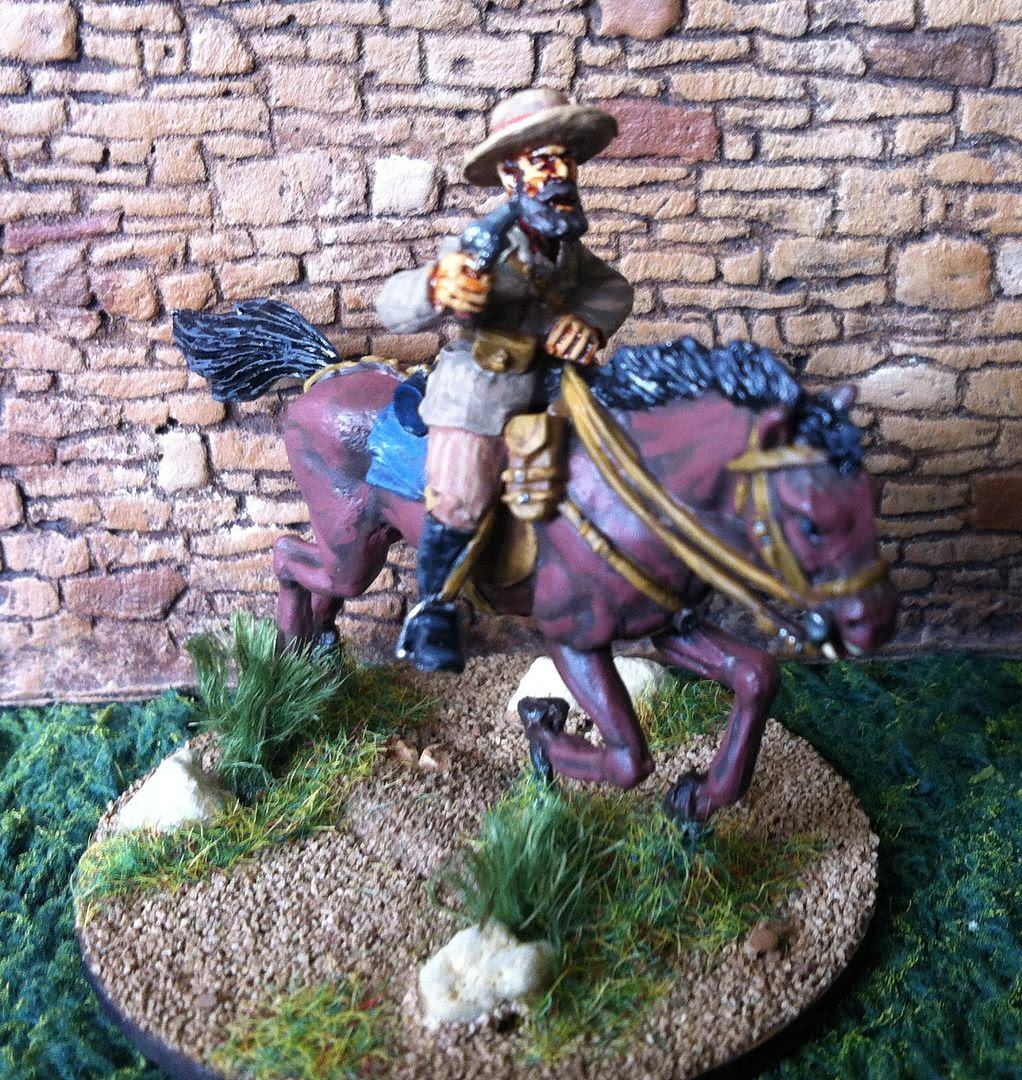 A mixed bag, but there we are! Hope you enjoyed the tour!
Posted by David at 02:16