It seems to have been forever and a day since I started these figures! It's not that they've proved especially complicated to paint, nor that they are merely more of the same after two previous units of Veteran Infantry, but rather that I seem to have lost my painting mojo. I guess it's just another aspect of the Pandemic Fatigue that I alluded to in my last post. Anyway, here they are, finished at last ~ 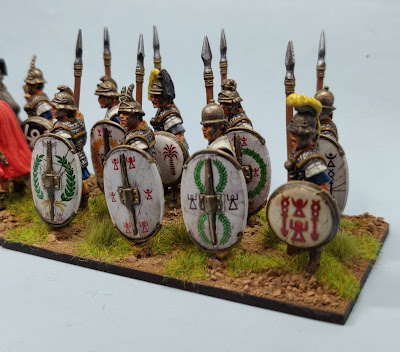 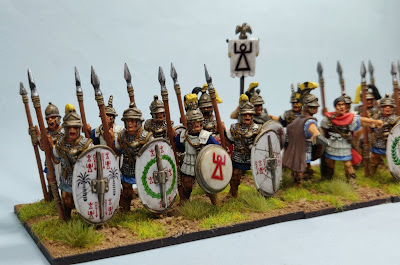 I'm not a fan of multipart figures as you'll know, mainly because hand and eye issues seem to combine to compound my 10 thumbs syndrome and leave little globs and strands of glue where they show. But, hey-ho, I've made the best job I could and they will have to do!

Next up will be two bases made up from Crusader Miniatures Celtiberians and Celts. Each will feature 12 figures arranged on a 100x80mm base to represent two warbands in games. With those completed the Carthaginian army will be finished for now at least. I'll add some Spanish cavalry I hope at some point but until then it'll be back to the Republican Romans in the shape of Allied Italian cavalry first, hopefully followed by an Allied Legion using Aventine Miniatures' Etruscans. But, as for plans; well, we know what happens to them?