Using up a few spare figures.

While I was working on the two mounted Officers for my Canadian Militia I was also dabbing paint onto half a dozen US Infantry in Summer kit which had been left over from raising the last addition to my rendering of Scott's Brigade. The keen eyed may have noticed in previous 1812 battle reports that I have several small round bases of 2 or 3 figures already. They are useful to remind me when skirmishers are deployed and for garrisoning the fort or other built up areas. So now I have two more bases, each of 3 figures ~ 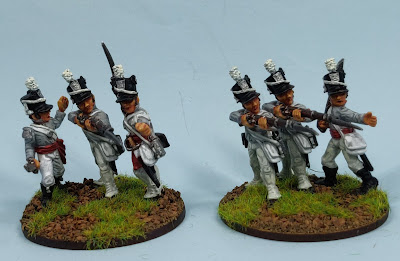 A couple of closer studies now, which should encourage my fellow journeyman painters. The figures are from Foundry of course and were sculpted by Aly Morrison ~ 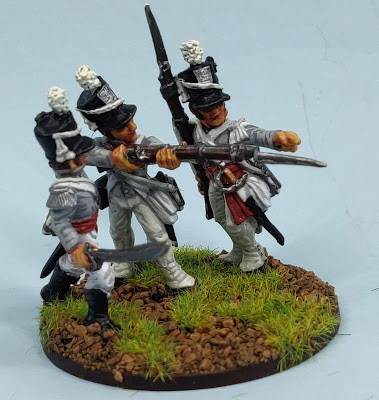 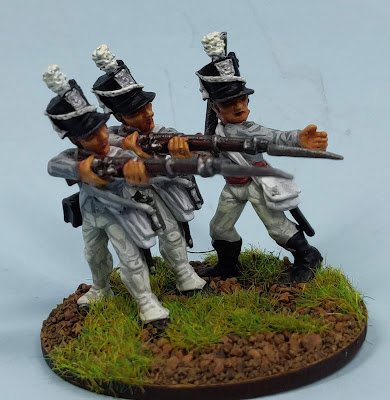 I have also got the first three bases, each of 3 figures, for my Anglo-Canadian army. I plan to paint each group of 3 figures with the facings of different Regular battalions which were serving in the Canadas in 1812 and utilize them on the table in a similar manner to my US bases.
Posted by David at 08:19