Well, I did mention in the last post that we wargamers never really conclude any project is ‘finished’, so it’s no real surprise that I’m now the owner of more lead for our Italian Wars project. I tootled up to Stafford last Sunday morning to attend the Barrage wargames show. I’ve been to the last couple and, as with the Penkridge Table Top Sale, managed to come away with a few items for my various projects, so it’s no surprise that this was the case again. While the show is rather more Fantasy and Sci-Fi than is to my taste, there are a smattering of historical traders and gamers attending and, well, if we don’t support local events they die and the hobby is the poorer for it.
Warlord Games had a big presence and I was lucky enough to be able to buy the mixed pack of Landsknecht pikemen standing and advancing, a pack which doesn’t seem to be in the webstore by the by. It comes with 8 of their 80mm wire pikes as well which was handy as I’m out of stock at present! I can add the four advancing figures to the pike block I’m working on now to finish it off, hopefully this week. 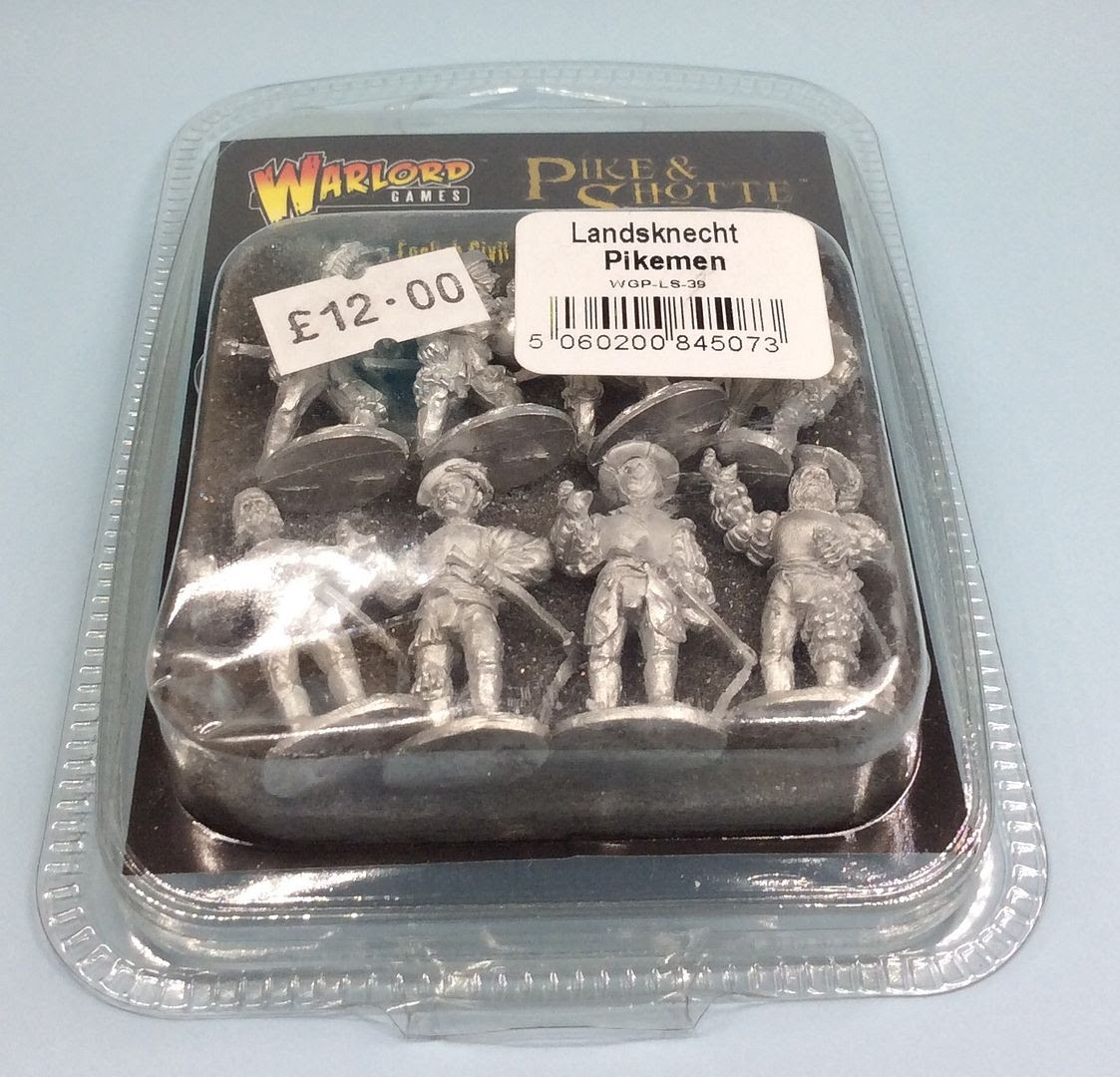 I thought the other four standing ones would probably lie in the ‘might be useful sometime’ box in my painting desk, but I was wrong there. Wandering the show and browsing various figure reselling stands I came on two packs labelled ‘Foundry Empire/Mercenaries’. In fact they are the Early Landsknechts they made under the Citadel label I believe. Twelve figures, plus various odd weapons, in each pack for £8, so I bought them both. Together with the previously mentioned Warlord Games figures I have made another pike block, with enough odd figures left to do something with in due course I expect. 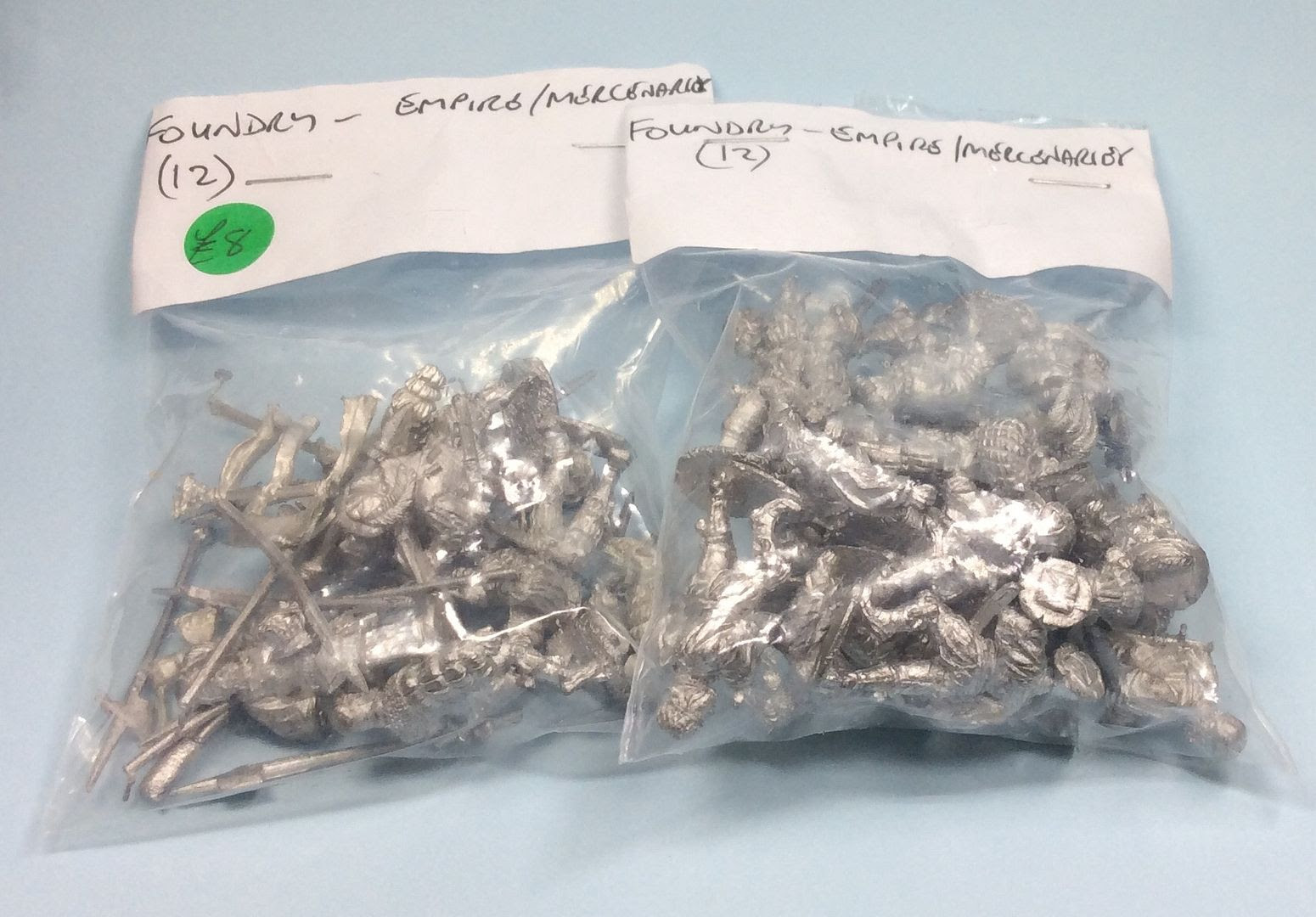 I also came across a terrain accessory trader I’d not met before,Iron Gate Scenery, with a fine array of items covering all things Ancient to Modern and Beyond and at hyper reasonable prices too ~ www.irongatescenery.co.uk I had thought they were resin, but in fact they are 3D Prints, the first I have bought! I bought three packs: a Lion Head drinking fountain; an Ancient covered well; and a set
of Traffic Lights and Road Signs. The first already adorns the wall of a building I’m working on for our Italian Wars project; the second can do service in that project and in our Late Roman games; while the latter is for our VBCW set up. There were some really fine pieces, especially for currently in vogue games like Gangs of Rome, and some grand boats with any number of uses. Their website should help you loosen your purse strings I think! 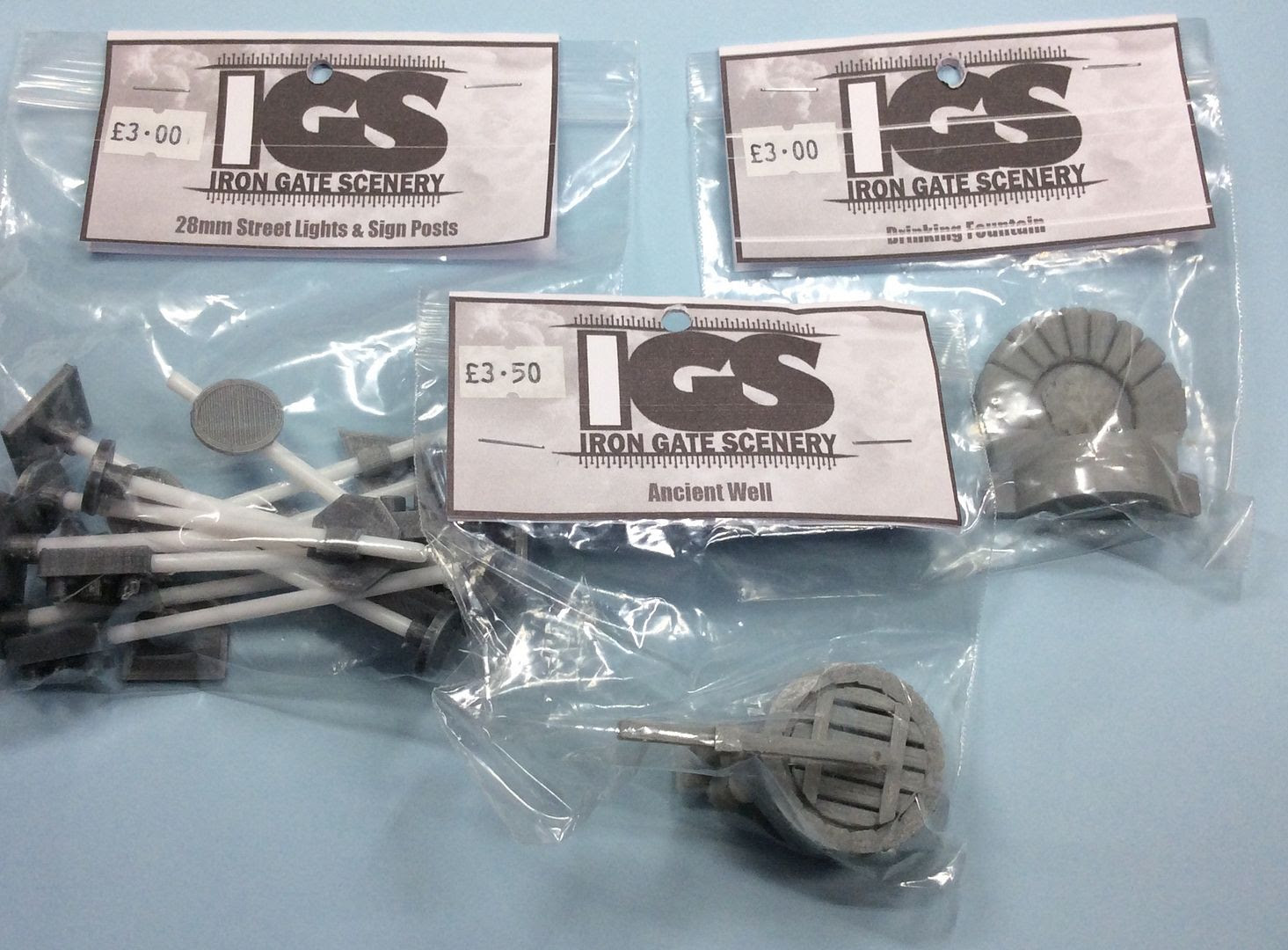 In the meantime, Sue is working at the University this week, so I can paint a little more so long as I don’t overdo the sitting. Landsknechts and Italian Wars buildings in case you are wondering!
Posted by David at 03:48