Ages ago I acquired a Scaledale English barn, which I used on the table in support of various Conflix rural buildings, or even as an outbuilding for Blandings Castle in our VBCW or Operation Zeelowe games. That it was a large OO scale building meant I could get away with that approach while the buildings remained individual pieces on the tabletop, but when I based them up on MDF bases in small groups it didn't fit in so well in size or style. After languishing in a box under the table in GHQ for several months I had a moment of inspiration when I found a couple of old signs in my bits box, one for an engineering firm and one for a garage. I decided to utilise it as an English rural garage from the 1930's. Searching the same bits box produced several items to clutter the scene and add to the effect, while Phil's bits box produced an oil drum, which he kindly painted, and a petrol can. Two spare Perry Mafeking civilians in my figure box provided some life to the scene, as did a Dixon Miniatures WWI bicycle. Just one problem: no petrol pump. Then by chance I noticed an old Gallia brick pillar on the floor in GHQ - it must have fallen out of a box a while back when I made my North European town. Phil seized on it and cleverly converted it into a Shell petrol pump! Trawling the web provided some period signage and posters to further the image and a win on an eBay auction provided a 1930's AA patrol van. A bit of work on the base with static grass, Tufts and the like and it was finished ~ 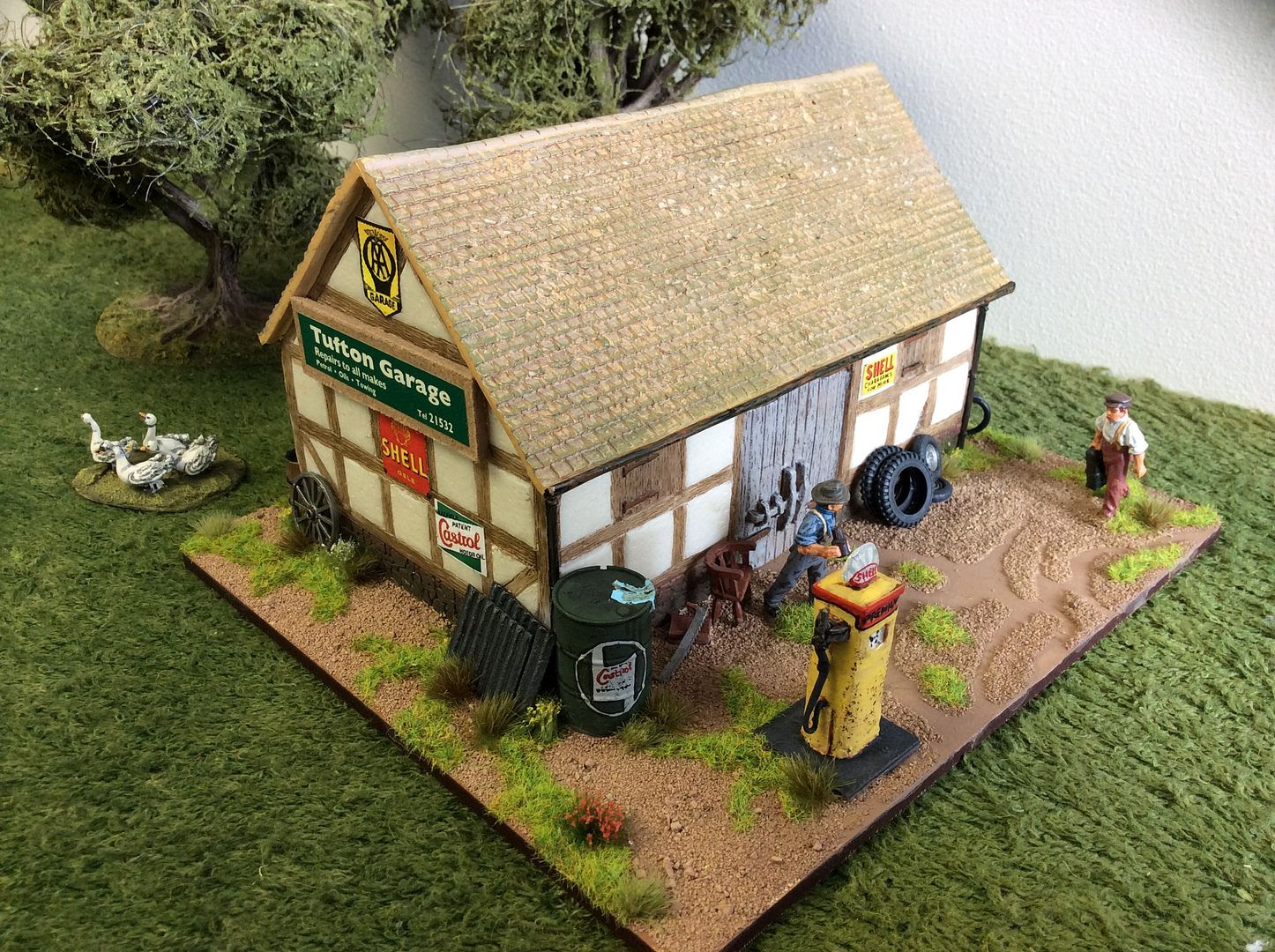 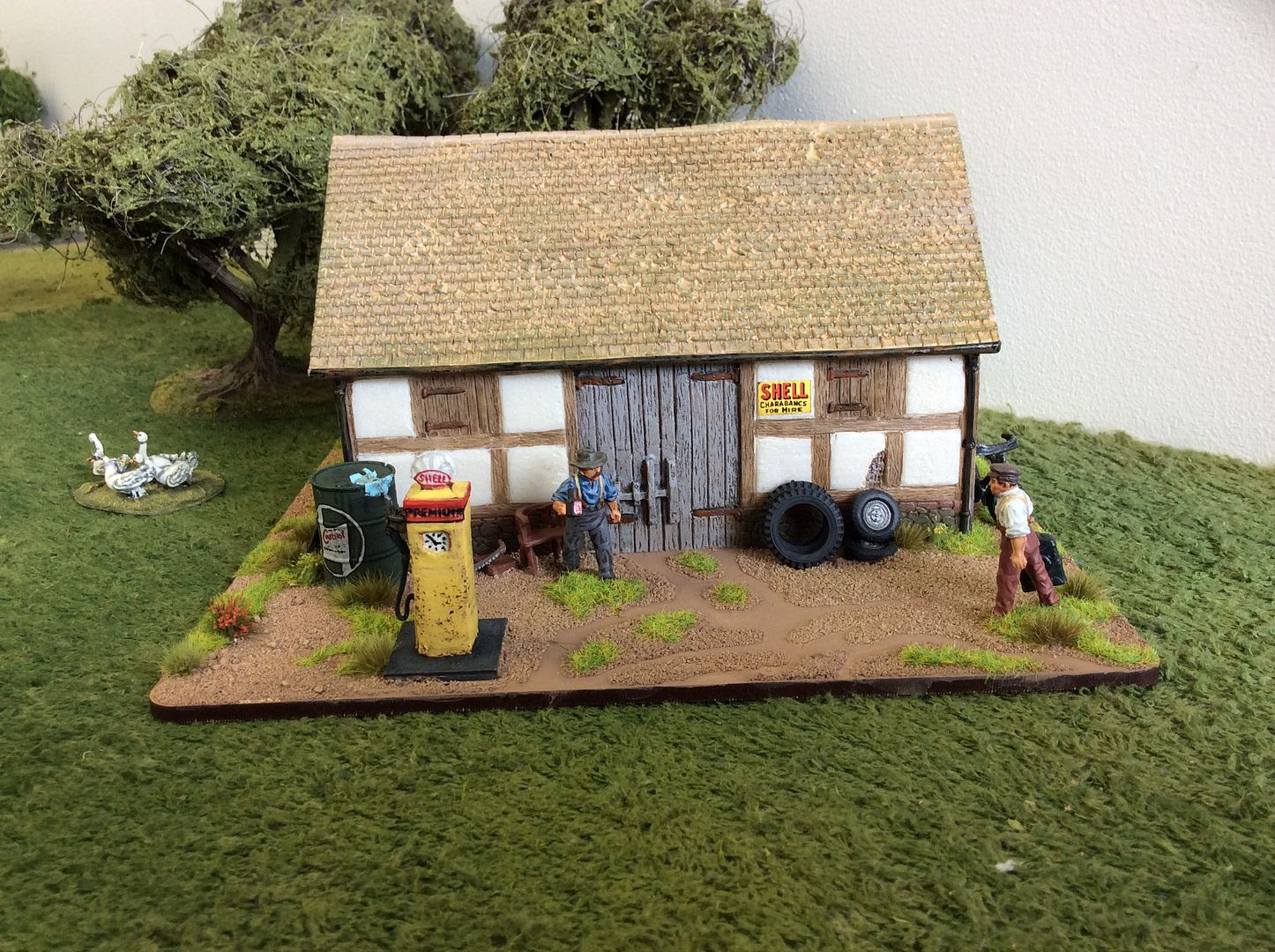 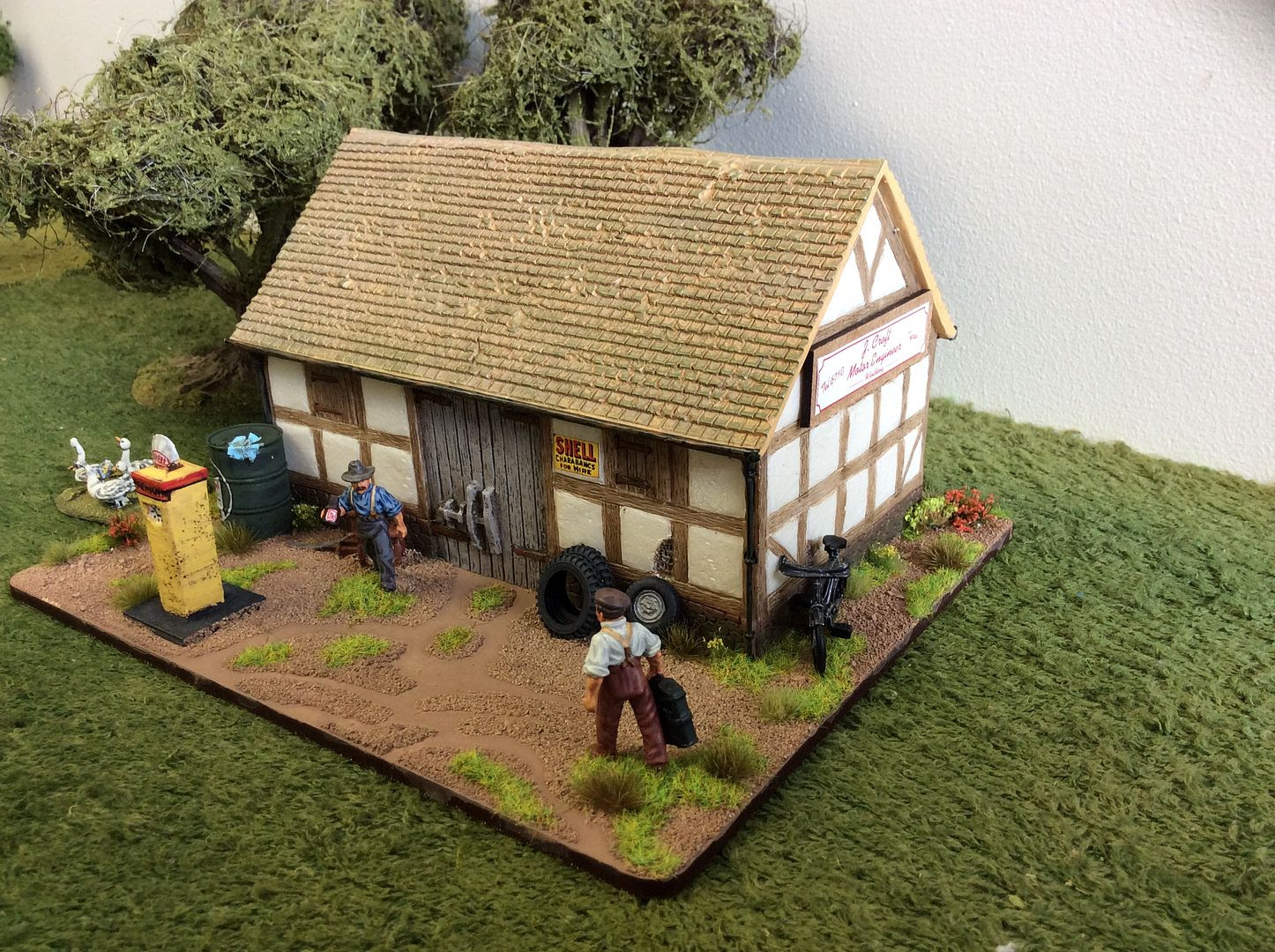 It may be a trifle twee to the eyes of some but for me it captures the feel of rural England in the 1930's just right. Whatever, it will do nicely for me...