Some new pieces for the black powder era ~

Just a quick Blog post to show a few new items here in GHQ. Firstly, you might recall that Phil was finishing off the coach and pair for me. Here it is, and I think its a wonderful job ~ 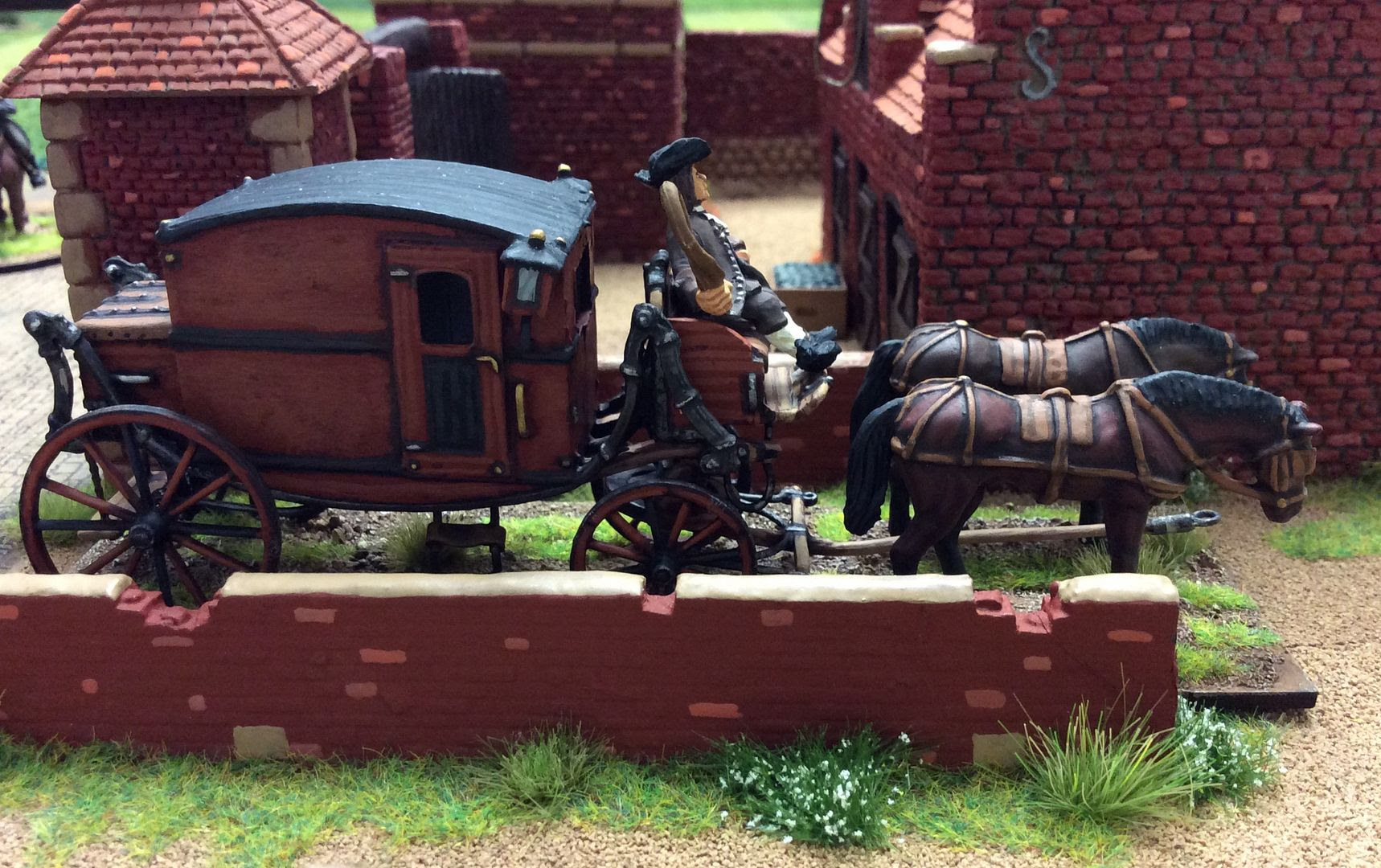 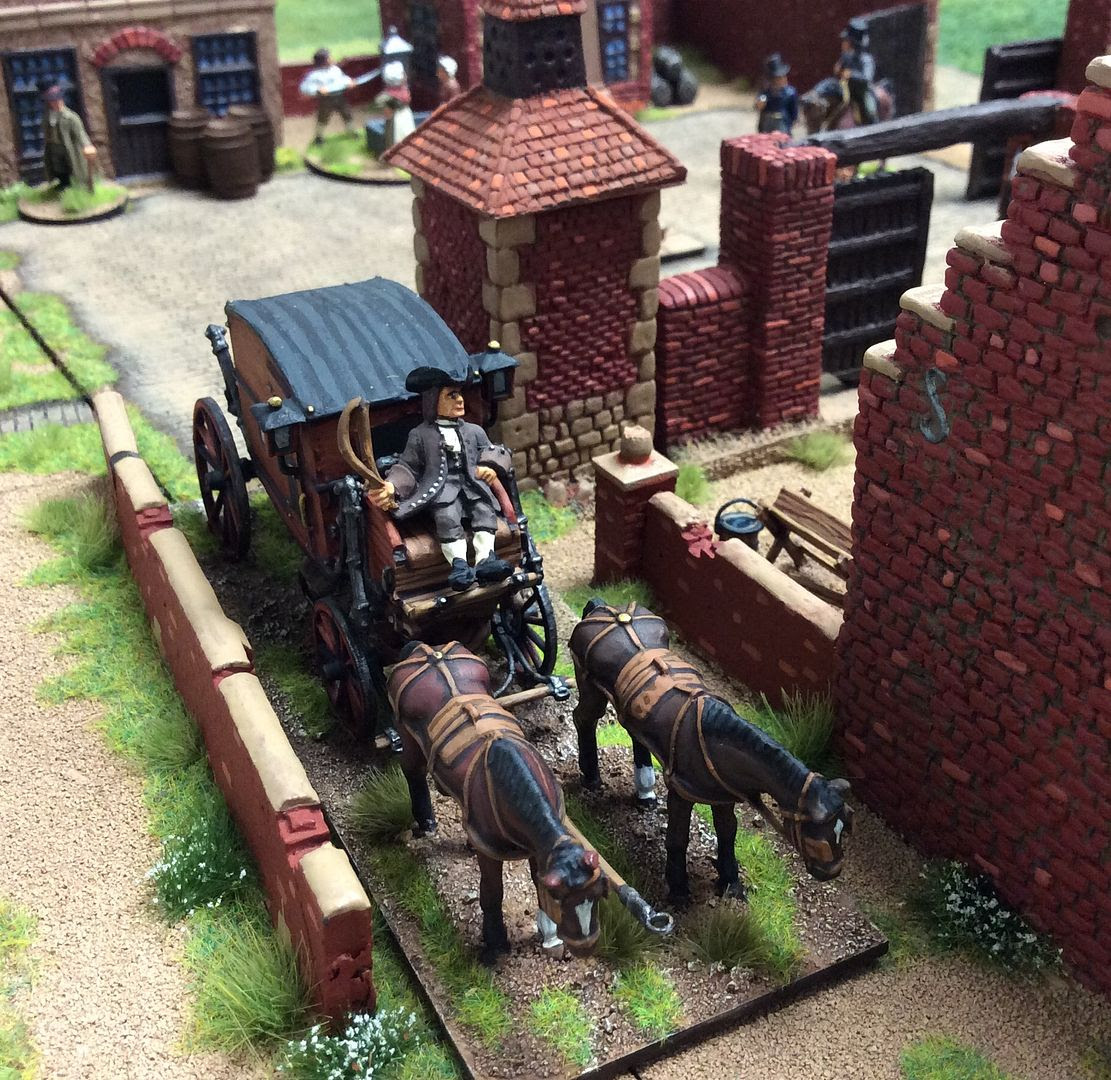 The coach set is from Westphalia Miniatures,  retailed by Cran Tara in the UK. The driver is an old  Foundry ECW model from my spares box with the hat turned up into a sot of tricorn. I hope it will serve from the 1740's to the early 1800's without looking out of place. The set includes the trough and bucket you can see over the wall.
Secondly, a little vignette for the Wars of the French Revolution project. By way of explanation, I recently received from Eureka in Australia my order of some Austrian Chevauxleger charging into action. I had asked for a standard bearer, not included in the deal, to be exchanged for a trooper as I like my cavalry to have standards where ever possible. They kindly simply added the figure and a standing horse, leaving me with 13 figures for a 12 figure regiment. I mounted the least aggressive looking posed trooper on the standing horse to use in my vignette. I also had a spare Austrian dismounted Hussar from the generals vignette I'd bought from Foundry. I cut off his shako's visor, as he would 'do' then for our earlier period. The result is a little vignette of two troopers out on vedette ~ 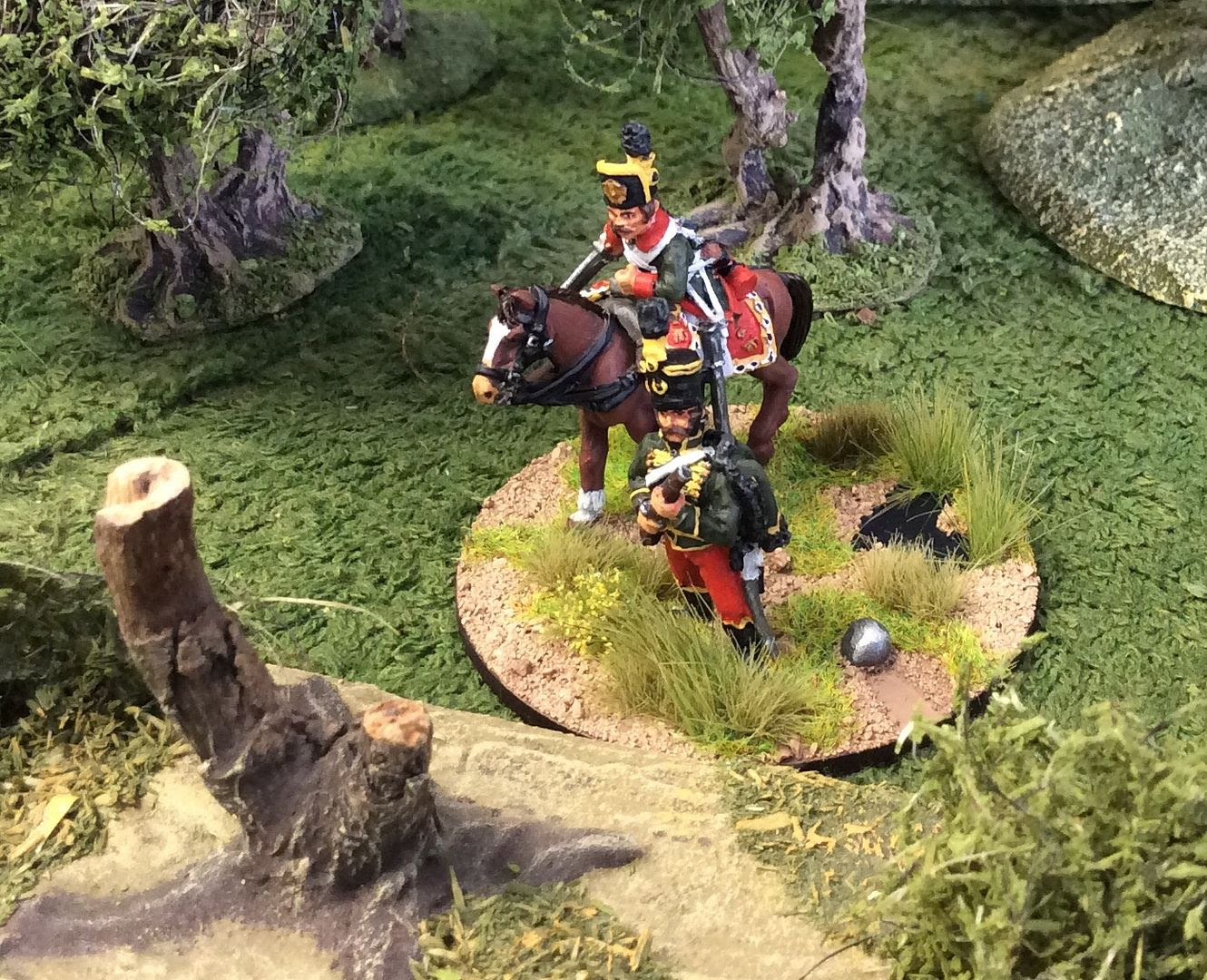 The Casting Room Miniatures' Hussar is a less finely sculpted figure than the Eureka trooper and horse, but I think they look fine together. And, as they say, 'Waste not, want not', so I feel virtuous in having made use of the figures. 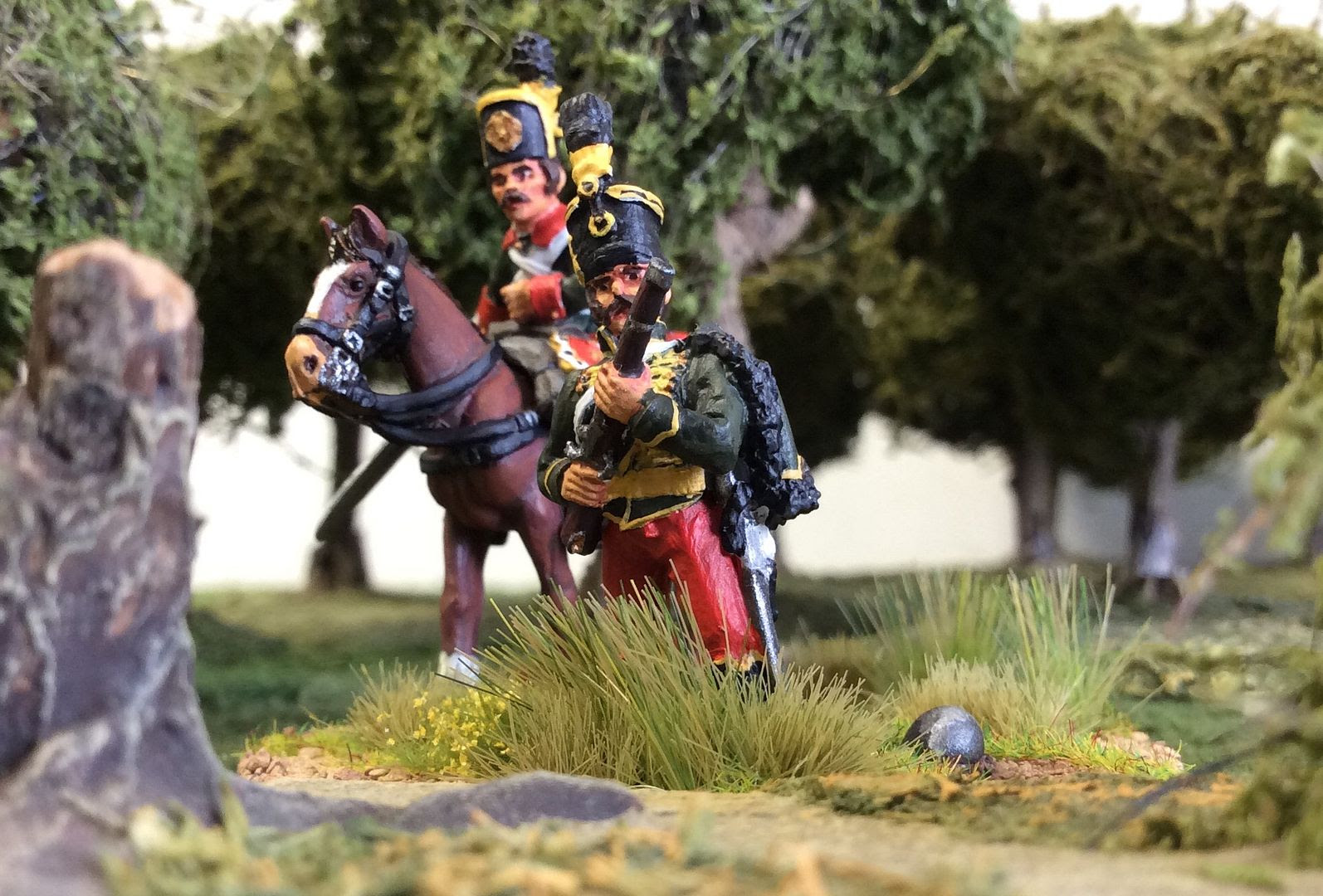 Now to paint the rest of my Eureka Chevauxleger! Two down, ten to go! Mustn't tarry...
Posted by David at 23:14