Not Much Going On...

...here in GHQ over the past few days, not much at all. You might remember that I pushed the boat out and ordered some Austrian Chevauxleger from Eureka for my Wars of the French Revolution project. Well, they are now finished, based and varnished, and safely stored in GHQ until their debut, sometime next month I hope. I deviated from my usual group painting style and did these one at a time. On reflection I think that, while keeping me sane, it did slow the process down quite a lot. 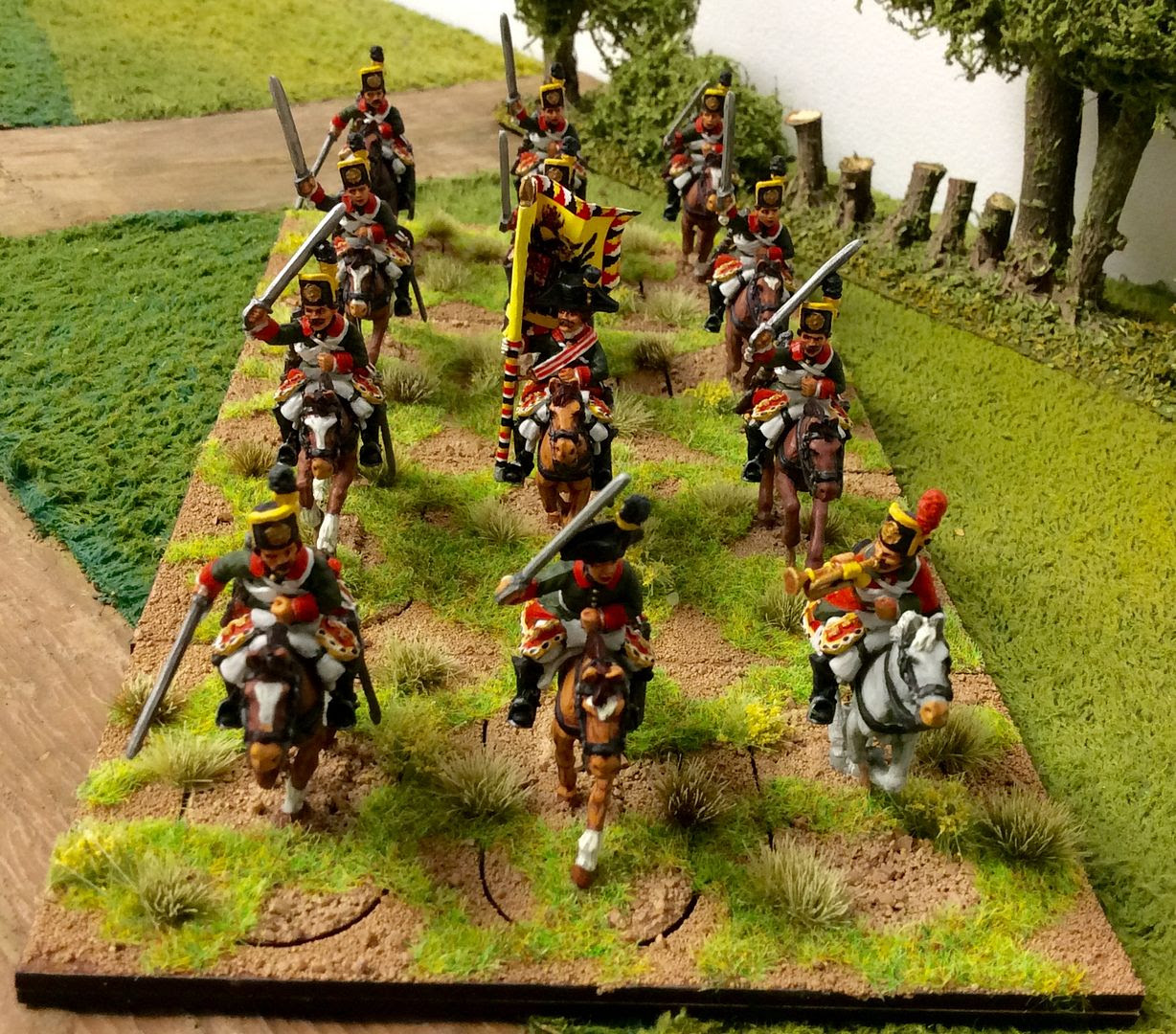 I also finally managed to paint a Dixon Miniatures ACW limber set for my Rebs! I've only had it about three years! It seems all I've painted this month is horses!! I'm not a lover of painting horses!!! Its really quite hard now trying to match a style which began years ago using entirely different paint from a different company. Not sure I mind though, they seem to fit right in. 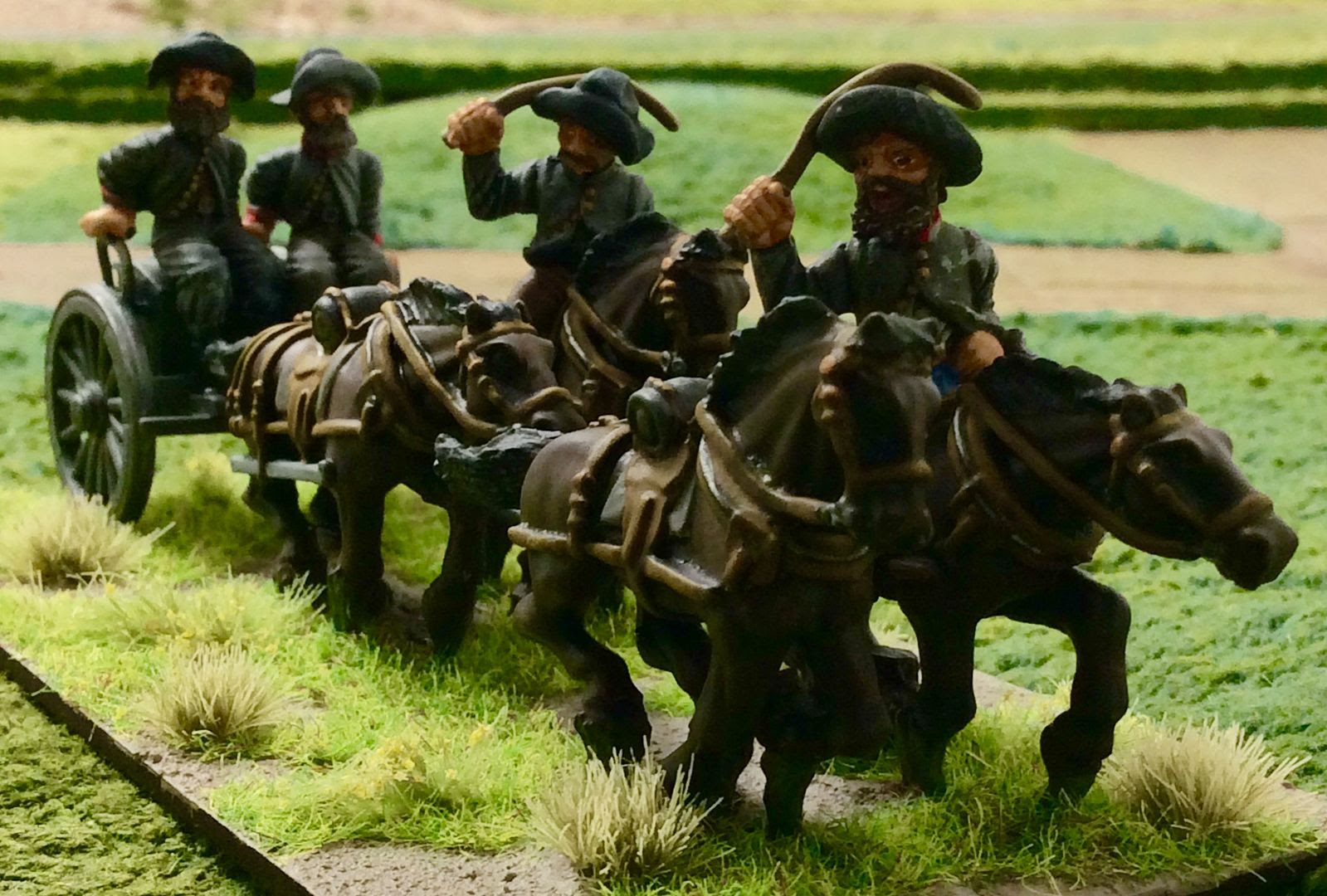 I've just noticed while they were uploading how poor these pictures are. No difference in the lighting in GHQ today and the usual iPad pictures, but somehow they are very poor in contrast compared to the usual efforts! Still, it gives you an idea of what I've been up to. There are some other things finished, at least the painting stage is, but not ready to show yet. One is another 'personalised head' figure, a British mounted General for the Wars of the French Revolution project. I need to decide what else will go on his base, so he won't be ready to view yet a while. I've also finished a fat Tyrolean officer ~ lord only knows why Duncan commissioned him/Matt sculpted him ~ but I've christened him Biccarotti and will use him as a re-roll token when its desperate in a game; "Its not over until the fat officer sings!" sort of thing. Both are from Trent Miniatures in this case.
Phil is due over tomorrow. We are going to tackle the first stage of basing the 'Mountains of Rhanzlistan' now I have the 6mm 4' x 2' MDF boards we needed. Quite a lot of hot glue gunning going on tomorrow then! Best get an early night! But, before I go, something of a shock in the latest Miniature Wargames with Battlegames. Tales from GHQ is featured with some kind words as one of the Editor's Blogs of the Month. Well, knock me down with a feather! To say I was surprised is an understatement of gigantic proportions, but pleasing never the less. Onward and Upward, eh?
Posted by David at 13:31