Well, the first game in the new GHQ, a Wars of the French Revolution game using Black Powder, is done and dusted. What have we learned about the new table? Well, at 6'6" x 6' there is a 'blind spot' in which some will struggle to move troops and also, as the game progresses and you lean further to move figures, then troops still on the base line can be caught up in jumpers and the like. But overall we were impressed with the more expansive look of the table and Black Powder worked and looked much better on the bigger area, for which it was designed of course. I took a few pictures during the game, as much for test purposes as to tell the unfolding tale. I can reveal though that both my new Austrian units were destroyed on first taking a reaction test! The pictures tell an unfolding tale of the drawn battle. While in early moves the French infantry refused to advance, their heavy cavalry brigade blundered and ended up charging the Austrian position. I felt pretty confident, until my Closing Fire missed! The Austrians engaged by the cavalry fled and their supports retired ~ 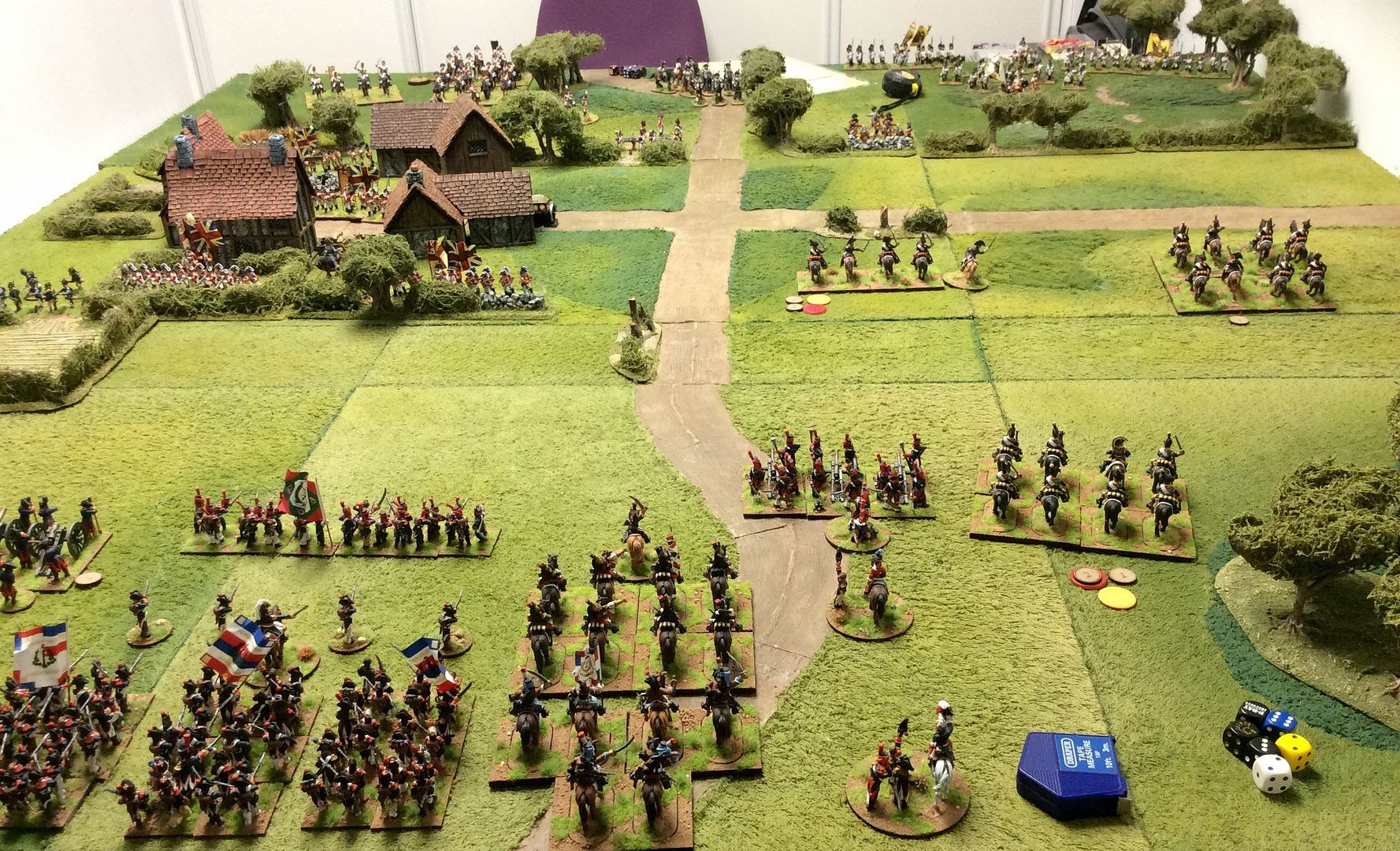 The British held off the French in the village, despite becoming Disordered in every move it seemed ~ 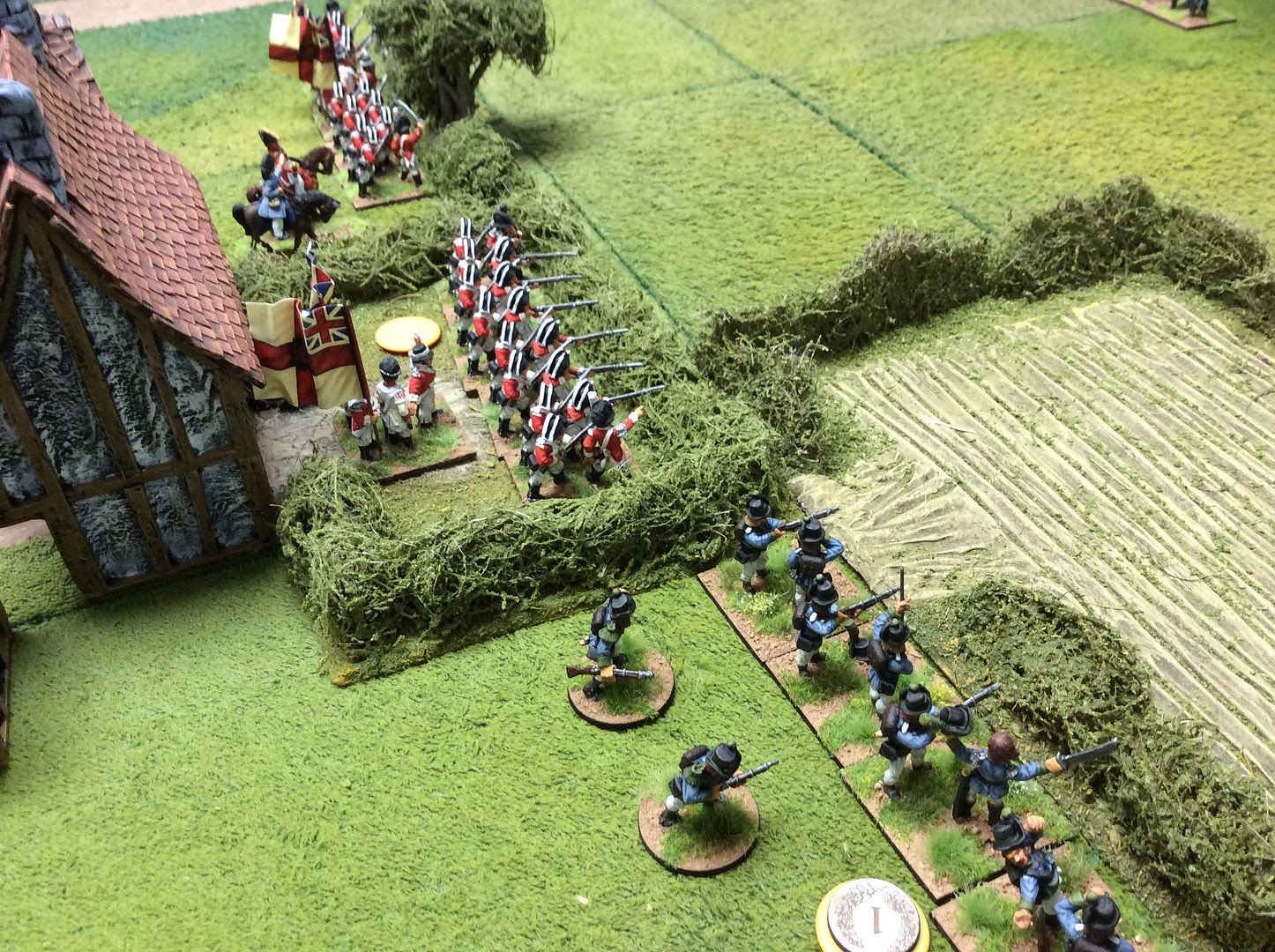 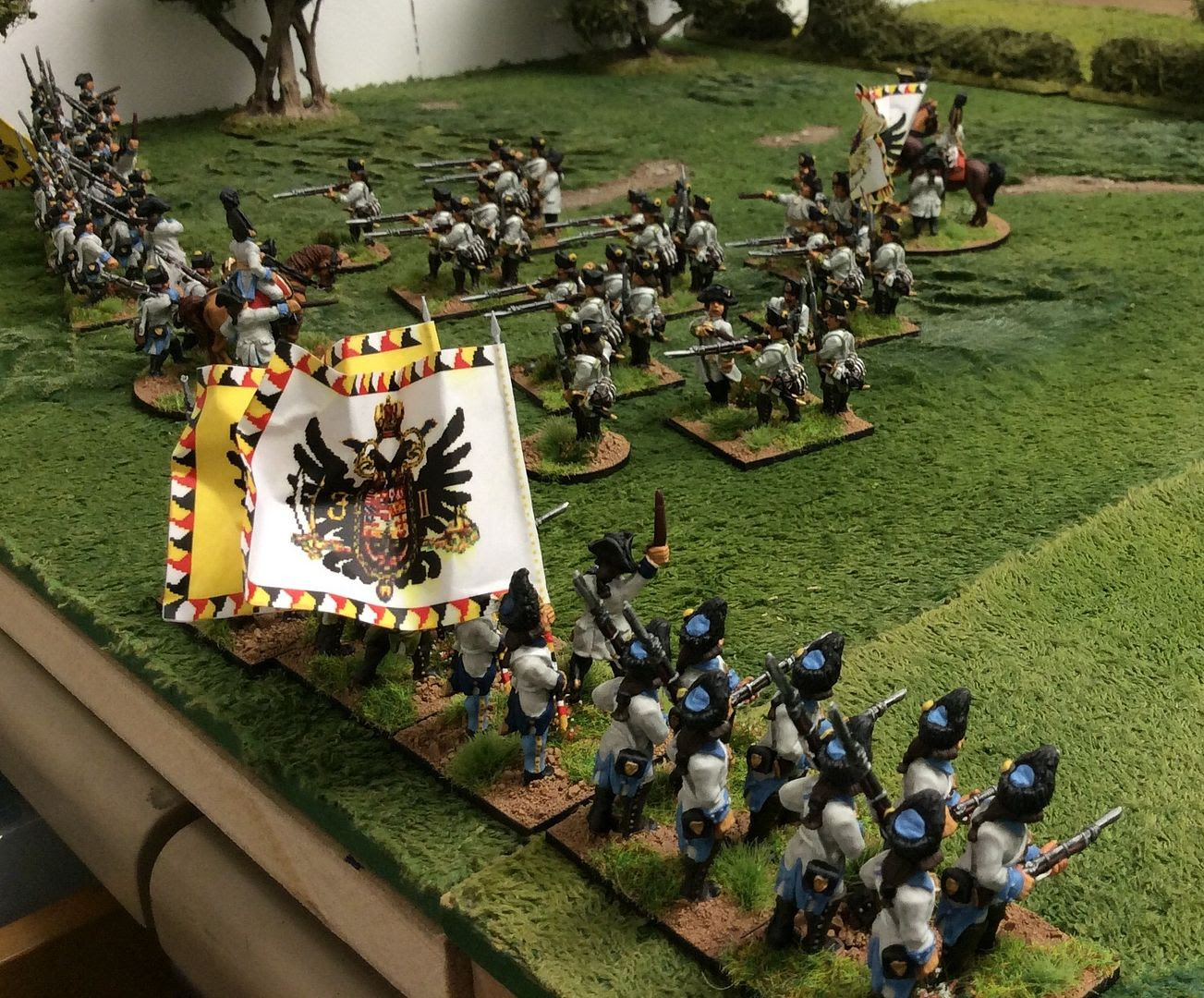 Enabling two of the Battalions to recover the hedge line ~ 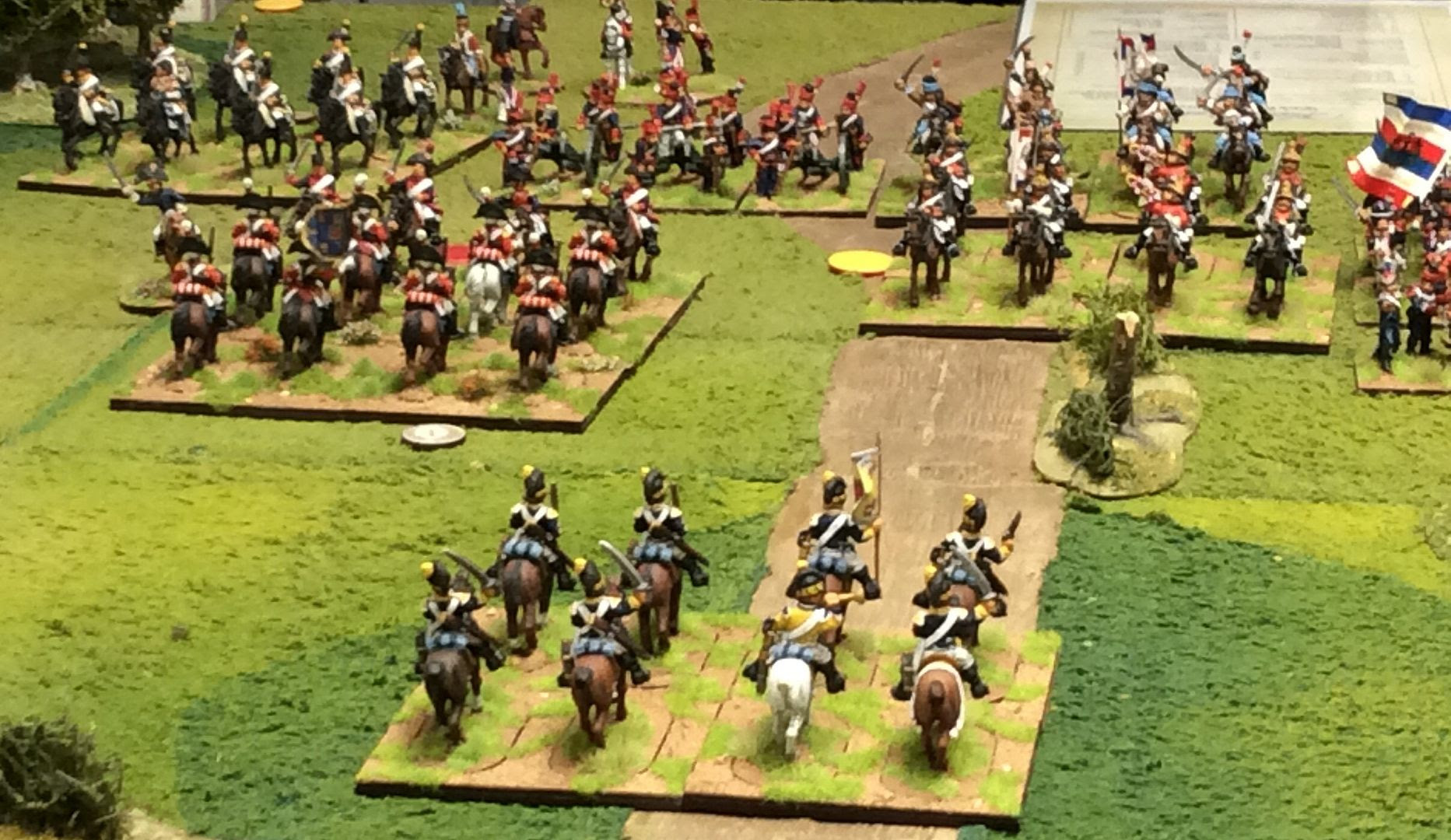 The infantry on the French left finally charged the defenders of Peenedeforde, only to be held off in the first round of combat ~ 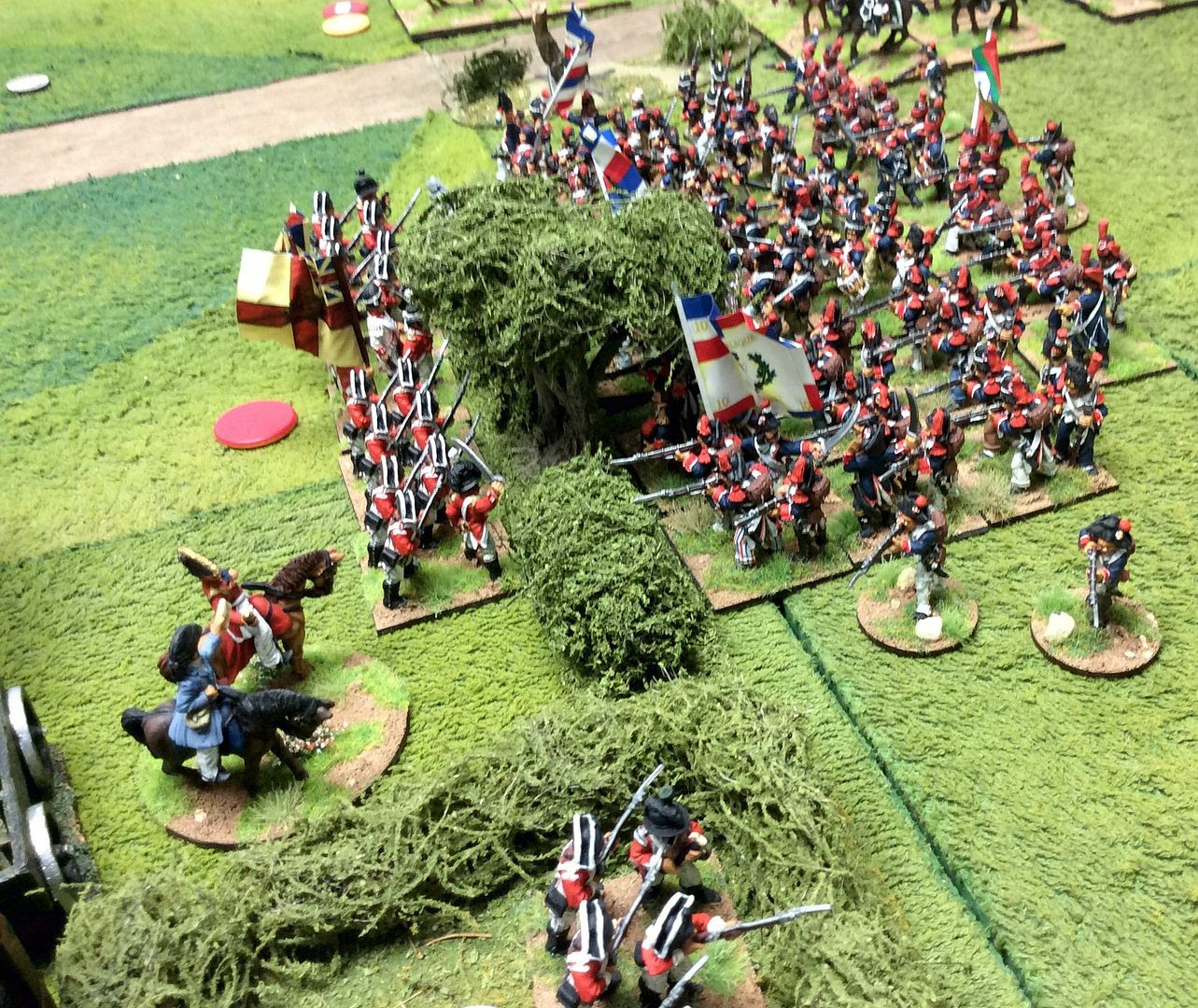 The British defenders loose one Battalion in the next round, but hold onto the village despite severe French pressure ~

The Austrians continue to hold their line, but show no inclination to attack the French ~

With time running out after nine turns we decided on a draw as both armies were seriously weakened. The Allies held the line, just, but could not press home local advantages, while the French had shot their bolt and were in no state to press the attack! A great opening game we both felt. Bring on the next one on the 14th, when Jon will try his luck in the new location.