Apologies for my absence from the Blog and the lack of news, but I have been confined to quarters for a couple of weeks with Hand, Foot and Mouth, which I apparently contracted via one of our grandsons. Was quite poorly for a while, and had a bellyful of DEFRA jokes when I was on the mend. The only plus out of it all was that I lost 9lbs, which I am attempting to keep off over the Christmas period!!! As a result of all this there's been no gaming of course here in GHQ and no painting. All I have to show for the month is one unit of British Dragoon Guards for my Wars of the French Revolution project. They are from Front Rank this time and were a very protracted paint job but the end result is OK I think. Judge for yourselves anyway ~ 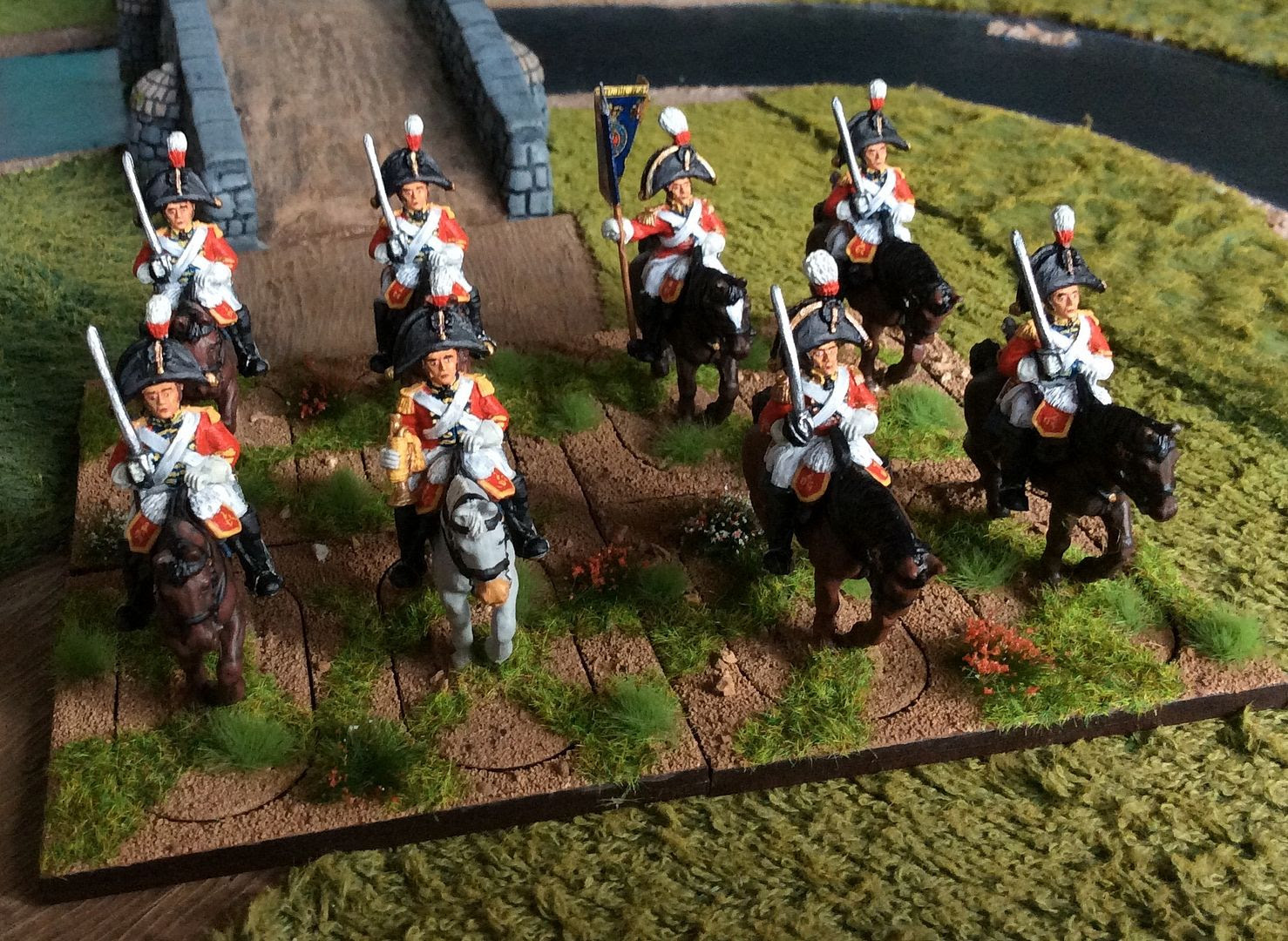 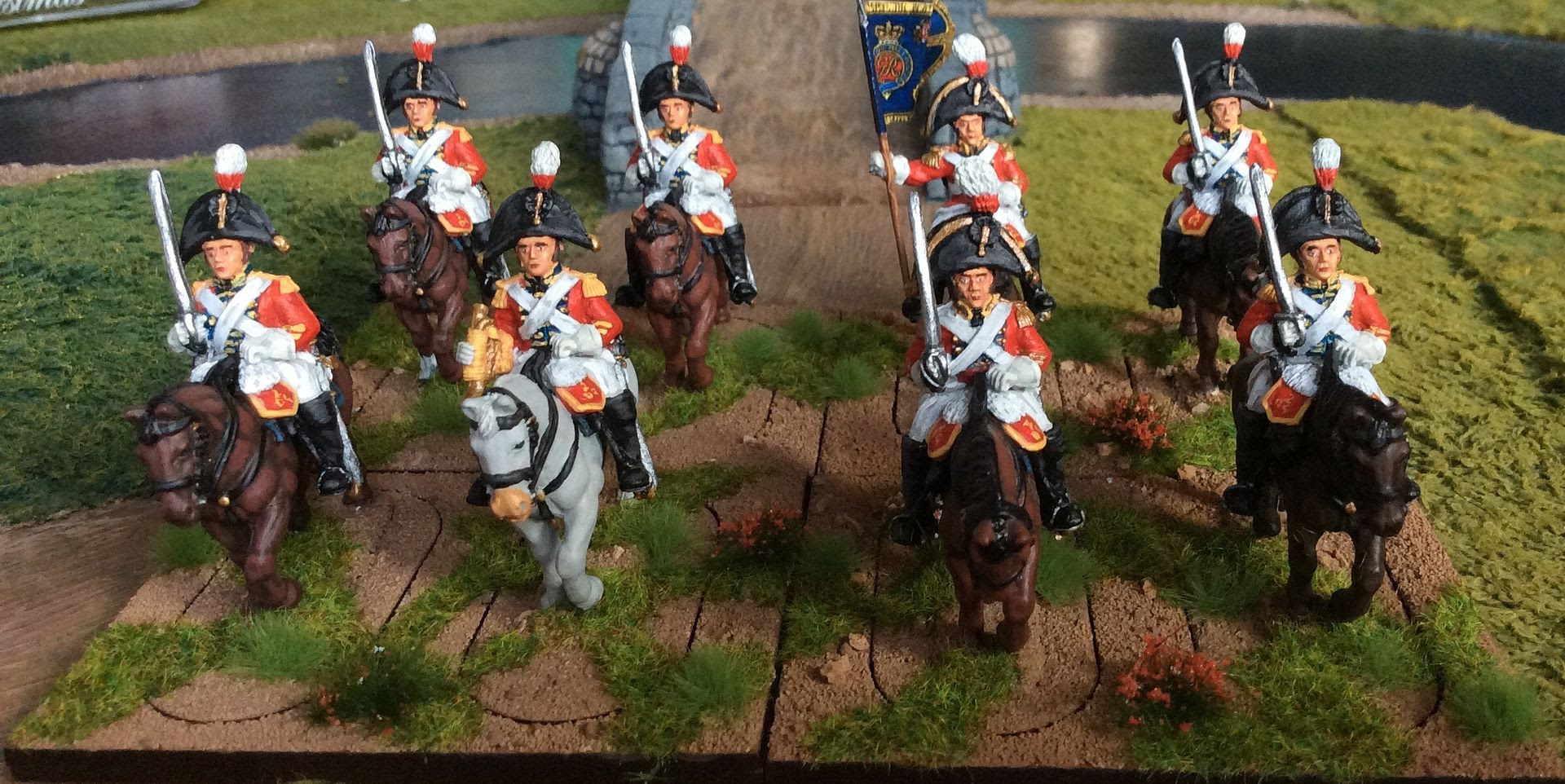 A couple of shots of the whole Regiment to show how they will look on the tabletop battlefield. This is my second Heavy Dragoon unit for the British. I'll probably add a second Light Dragoon unit sometime later in 2015. 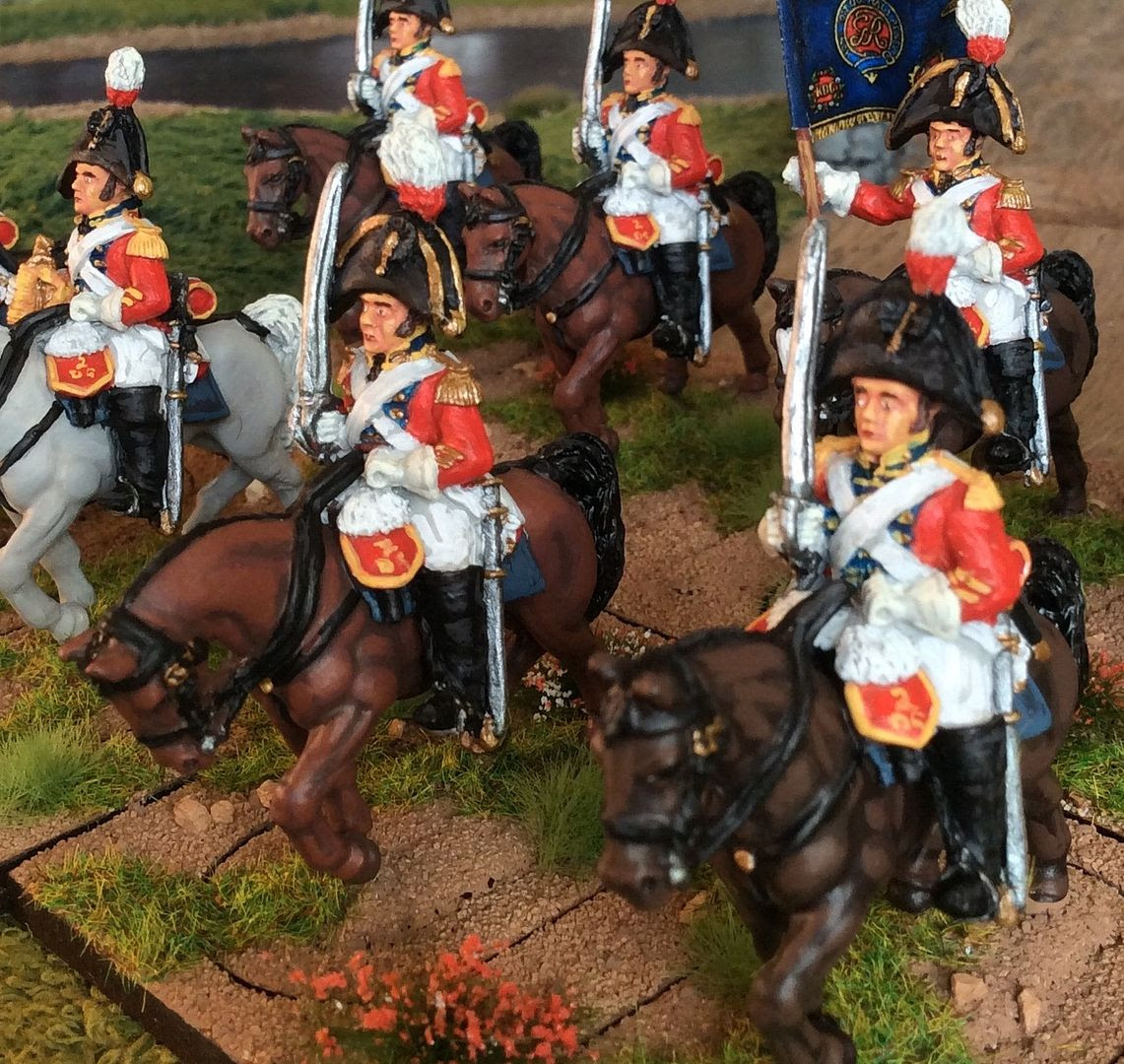 A closer view, to reassure any of you who think my painting might have been improving! In fact I've had quite a few problems with my left eye loosing focus while I've been painting these. It slowed me down quite a bit, as did the illness of course, but I'm trying to paint a little now each day, although only some odds for The Great Detective game which I picked up from Black Pyramid Games at Wargamer last month.
Just time left now to wish all who visit the site from time to time
a VERY MERRY CHRISTMAS and a HAPPY AND PROSPEROUS NEW YEAR!
Posted by David at 03:19