The Bridge at Pa Doh Ki

Phil and I got together this afternoon for a Bolt Action WWII game set during the Burma Campaign. Phil elected to take on the Chindit force of Lt 'Mad Phil' Robinson while I was left as Lt Onomoro, defender of the Bridge at Pa Doh Ki. The first picture gives a general idea of the table layout for the game here in GHQ. The Chindit force must blow the bridge and exit the table for a win. 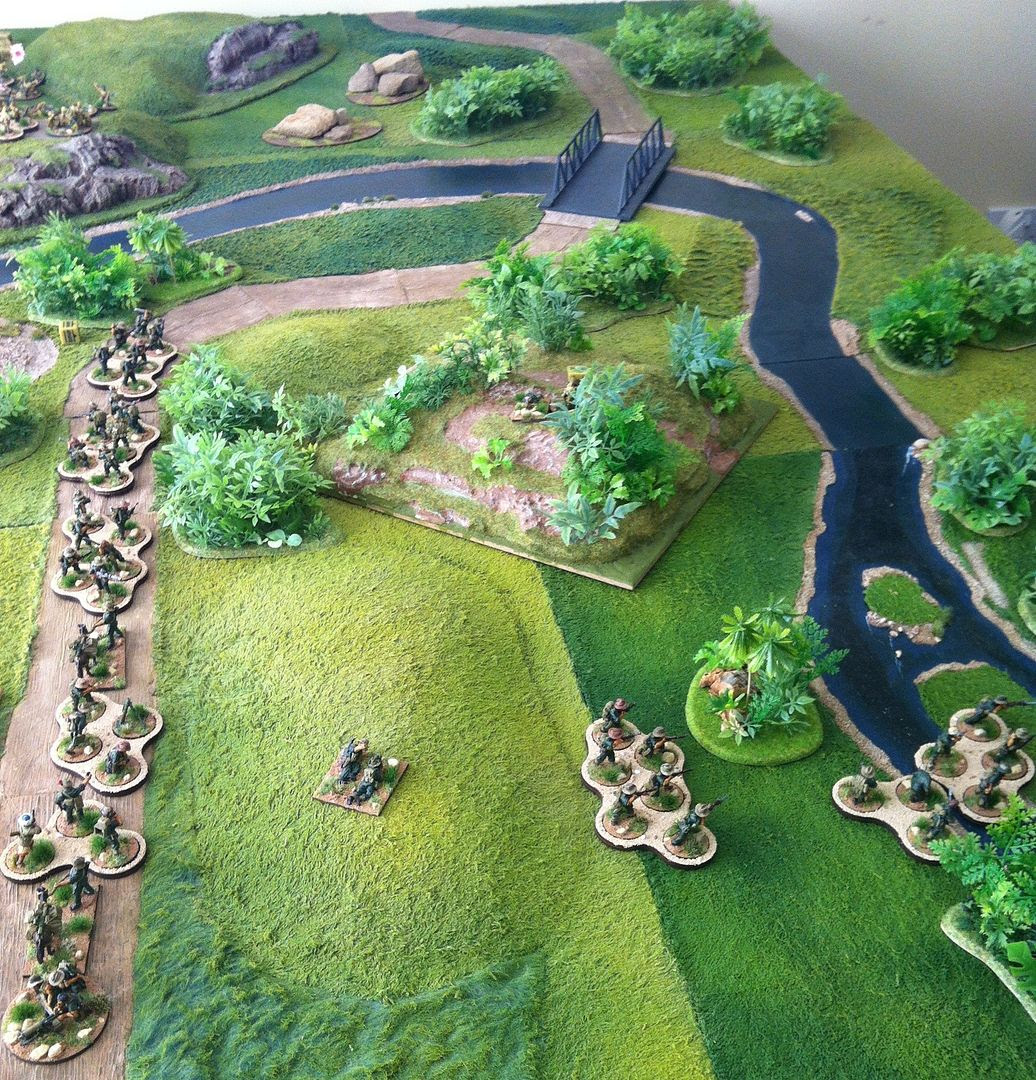 The Japanese defenders begin the game with only two dice in the bag, representing two forward deployments of snipers with Ambush orders as their first dice call. I deployed one on the central hill and one on a low hill covering the track approach to the bridge. 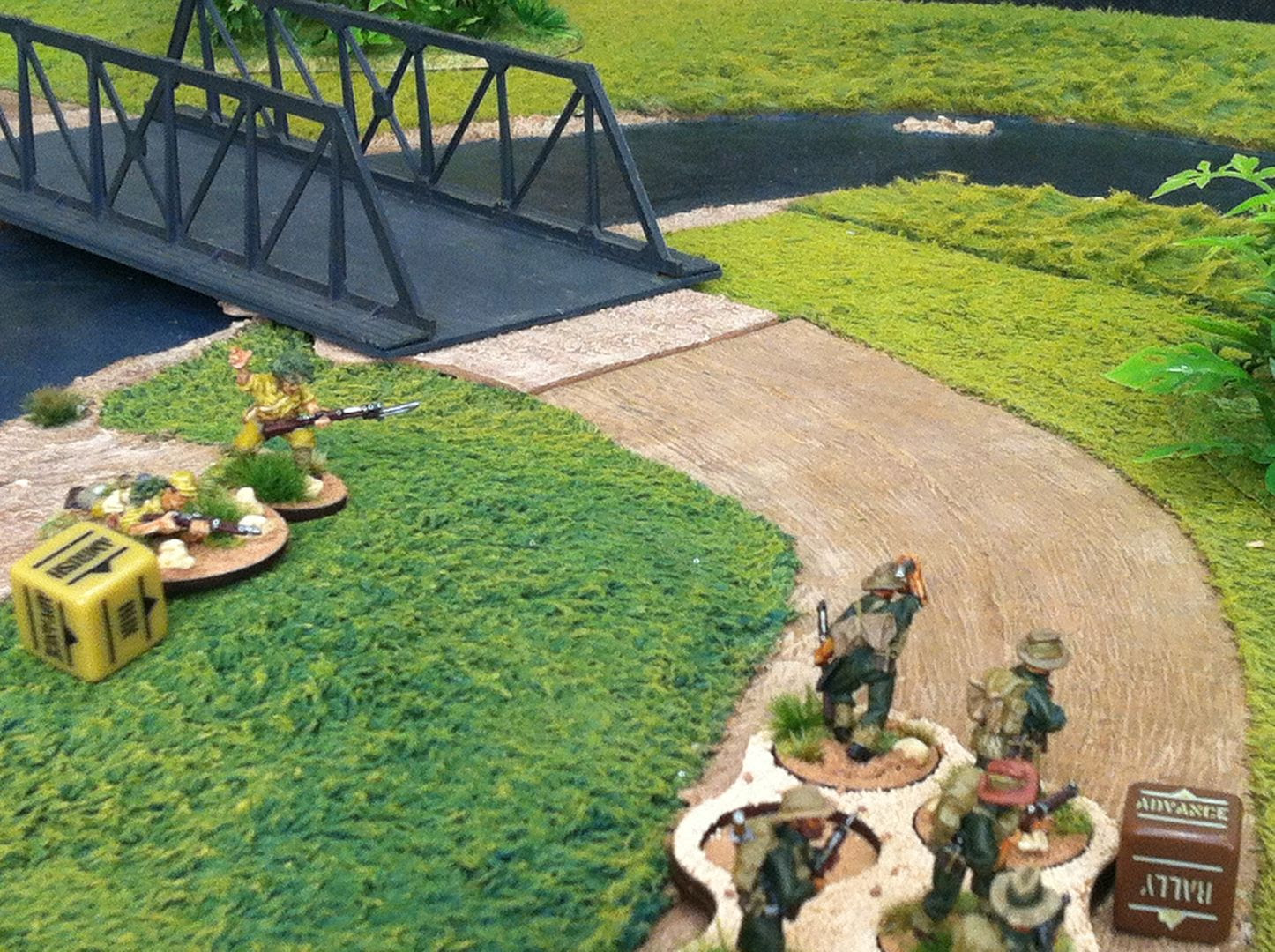 ﻿
The second sniper on the low hill was sadly taken out after one shot in a close combat! But the other sniper? Well, you'll see I'm sure later on... 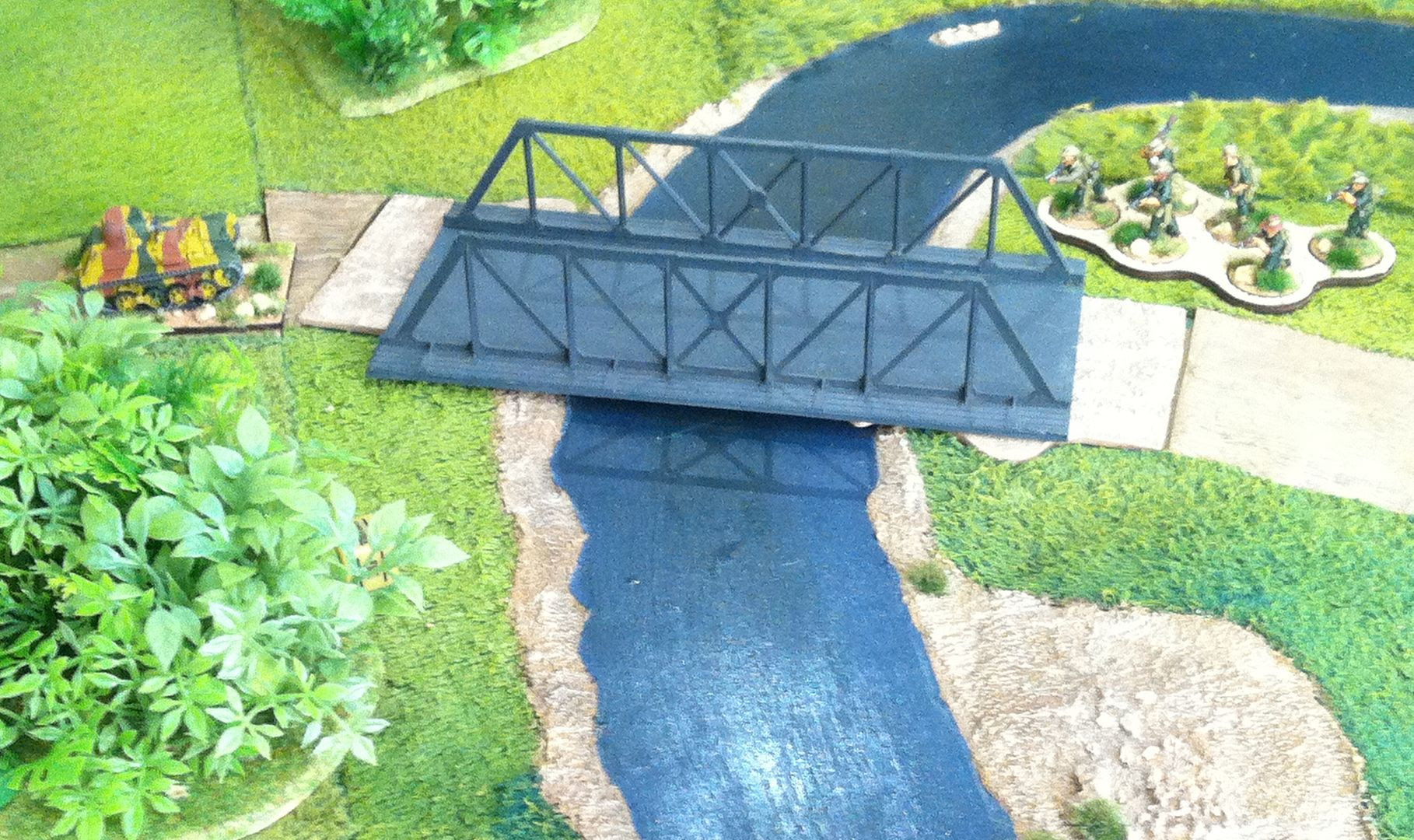 One Chindit unit reached the bridge, but found itself pinned down by some unexpected Japanese armour{?}, while a second unit had flanked the hill and was rushing to its support. 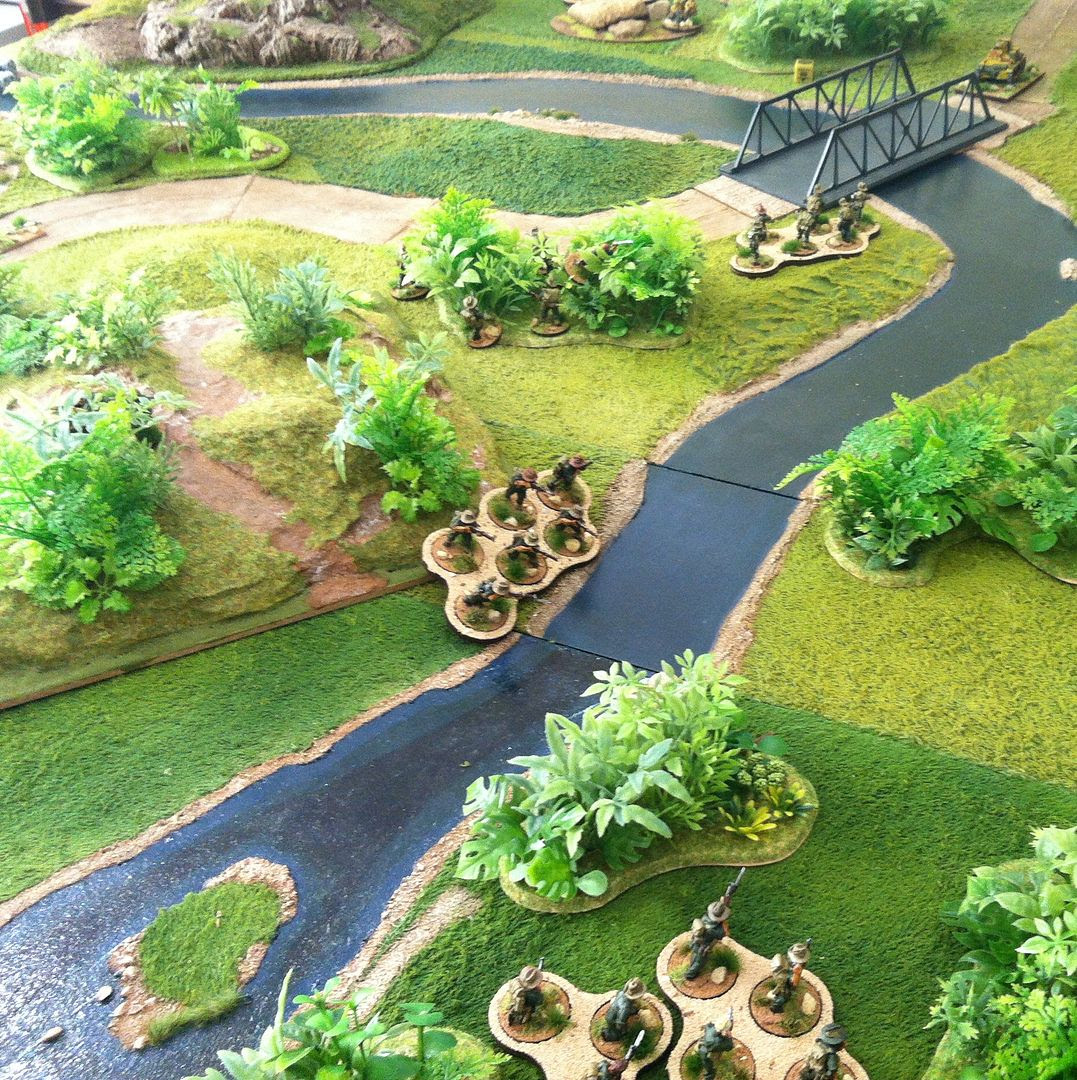 While another Chindit unit had forded the river and was approaching the bridge from the other bank. All seemed to be going well for the Chindits, but... 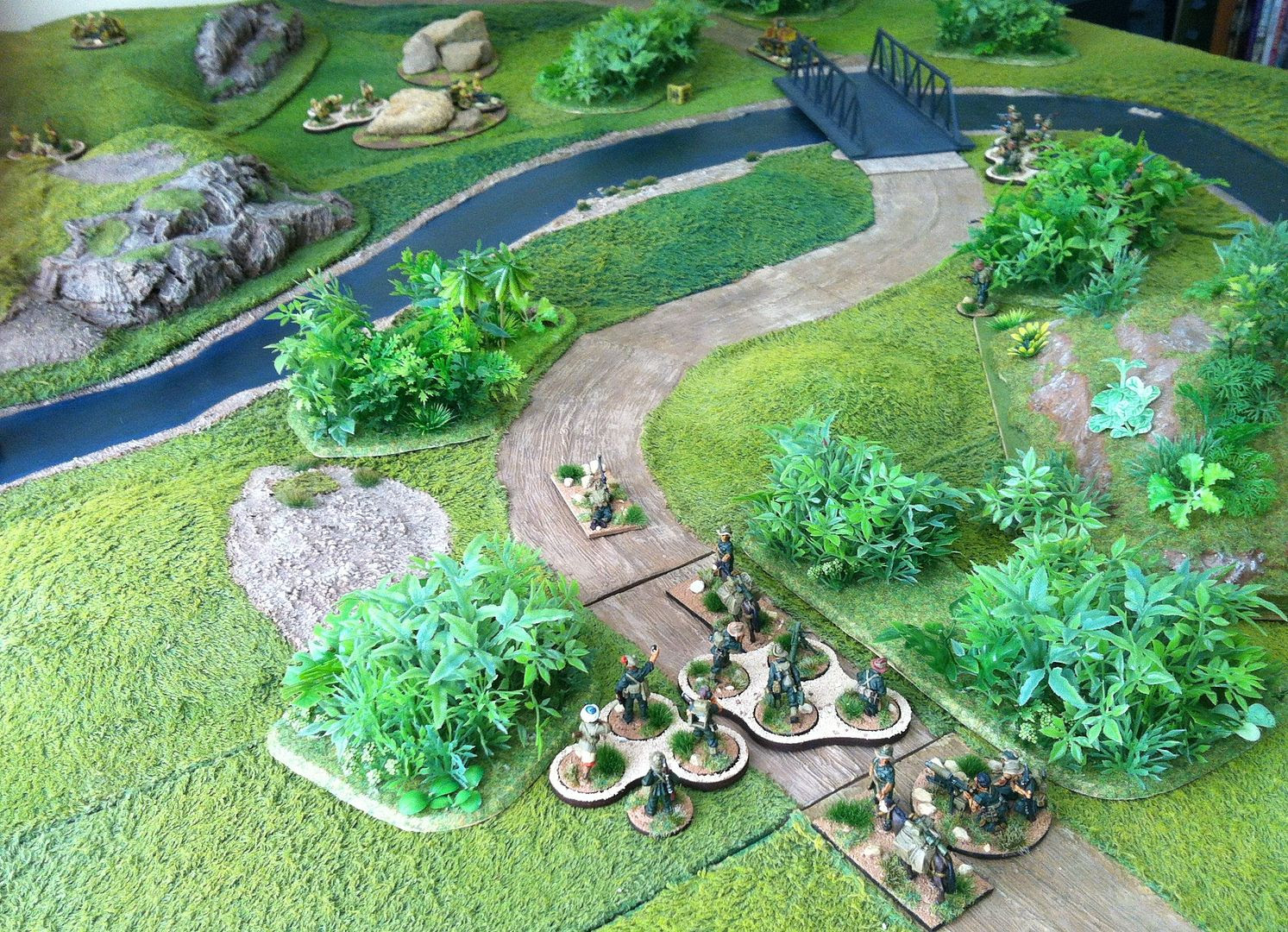 In the headlong rush for the bridge, the heavy weapons teams were left far behind, meaning that when Onomoro unleashed his infantry, machine gun and light artillery support the Chindit attack first halted, then melted away under heavy fire and after loosing the melee brought on by a mad headlong charge born of desperation. Not even the antitank rifle could swing things the Chindits' way... 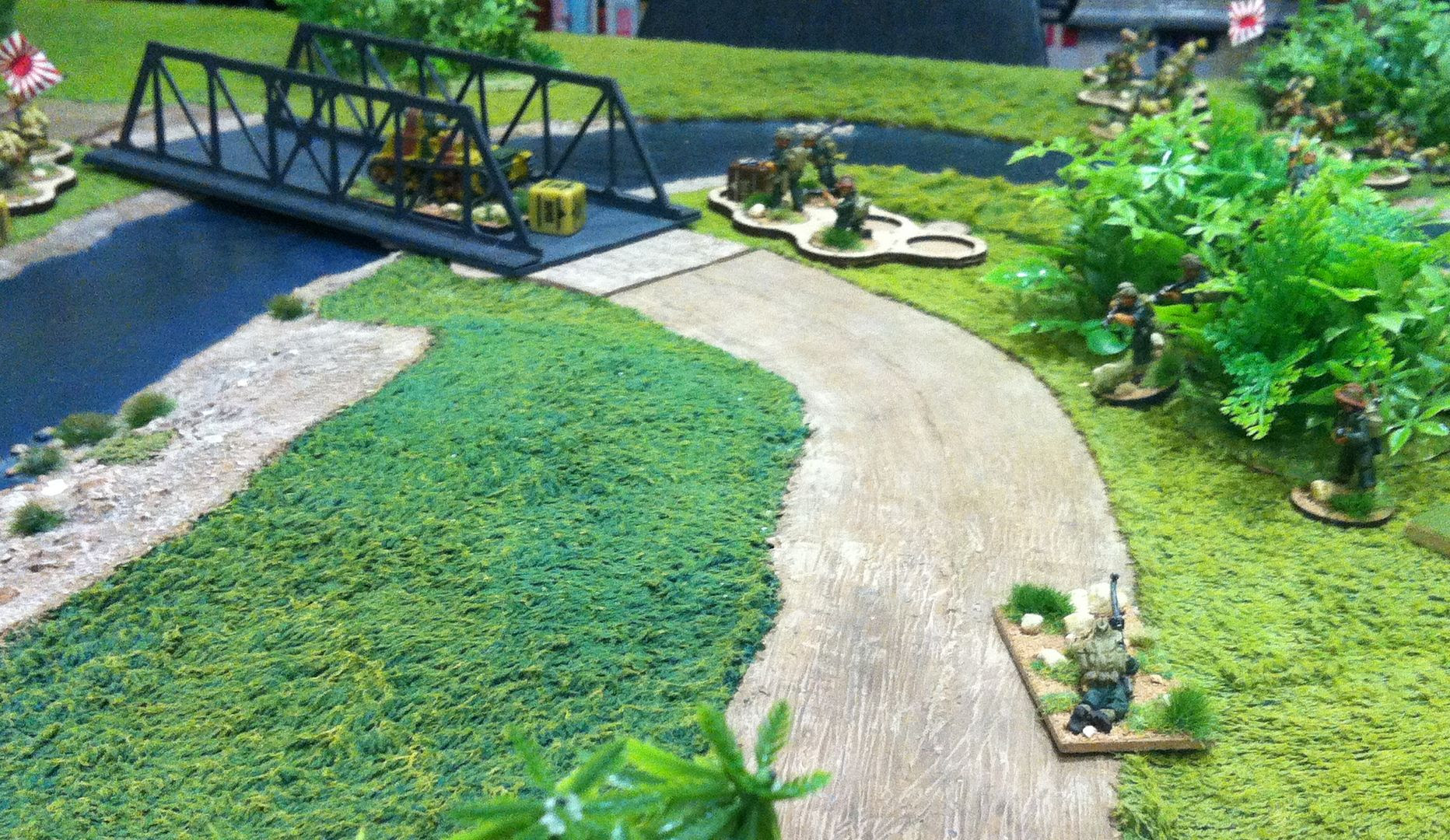 The Heroes of the Day! The second sniper team who held the central hill for the entire nine moves of the game, seeing off the Chindit light mortar team tasked with clearing them off the hill, and even supporting the bridge defenders late in the game by taking out two attackers from the rear! 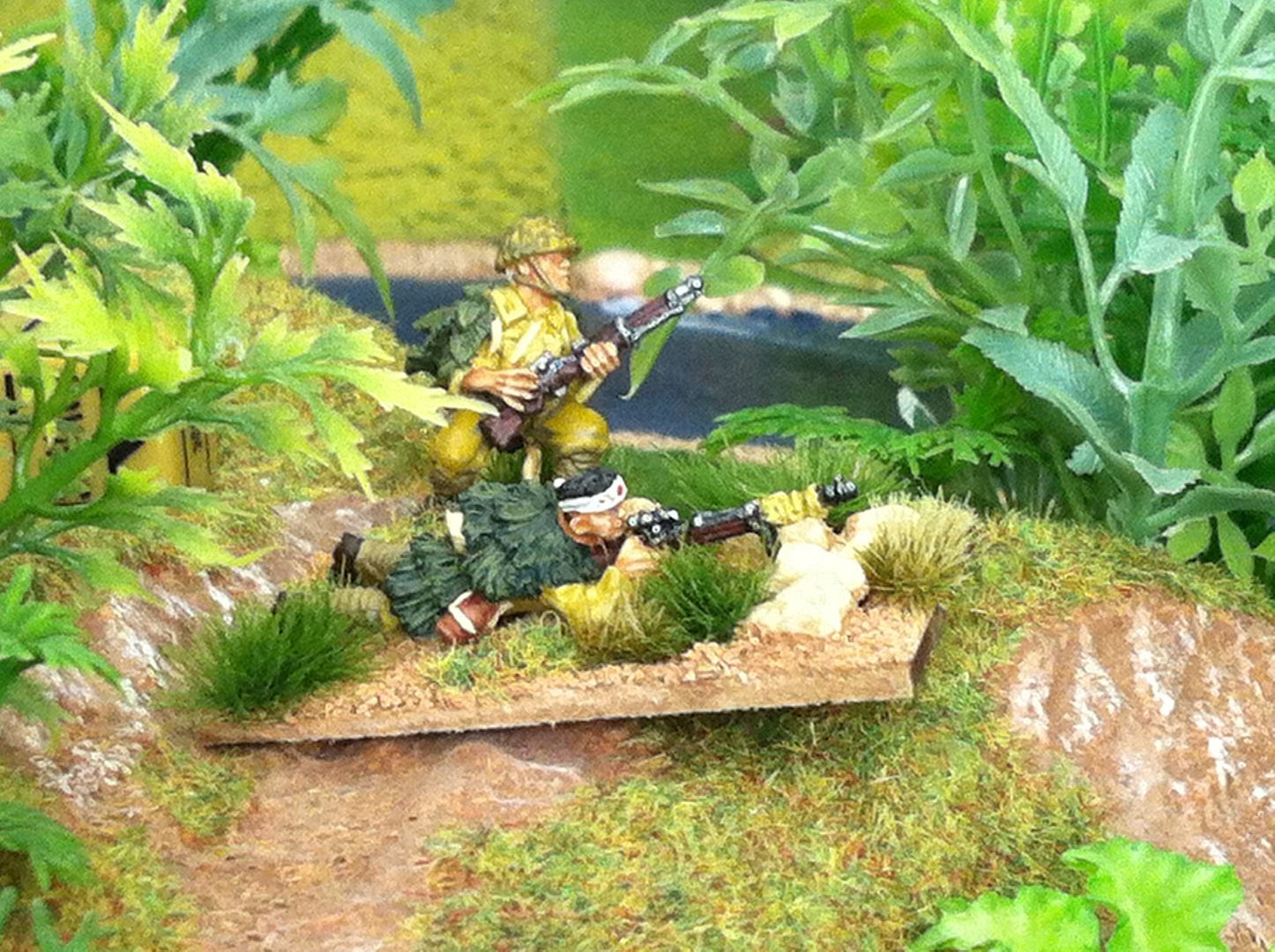 A grand game and a splendid afternoon in GHQ all round. The figures are mostly from Warlord Games in my collection. The bridge was canibalised many moons ago from an old Airfix railway kit, while the jungle pieces were mostly made from aquarium plants with the odd palm tree {by K & M?} added for effect. Phil, of course, made all the base terrain tiles utilizing his teddy bear fur and towelling technique. If you fancy some for your games table you can get in touch with Phil through his occasional blog ~
http://newsfromthefront-phil.blogspot.co.uk/
﻿
Posted by David at 10:21