I have a few minutes to spare between preholiday tasks, so I thought I'd share some of the things I've been painting up over the past couple of weeks. A while ago I rebased my ACW collections on MDF bases, which I think makes figures even as ordinary as mine look better! I discovered, somewhat to my surprise, during this venture that I had not got enough Rebel Command bases if I fielded the whole Army! Strange, I'd never noticed that before, so perhaps I had used more figures per base in the process and so found the Army short of Generals!
I've always enjoyed painting Dixon Miniatures ACW figures, as a glance at any game of mine on this Blog, or its predecessor website, will readily confirm. I could have ordered them from the firm through the post, but Spirit Games in Burton on Trent stock the range and I wanted to see their new shop, so off I went to pick the figures myself: an old fashioned joy I really miss: trawling through boxes of single figures to get the combination I really want! So, without rambling on any more, here they are ~ 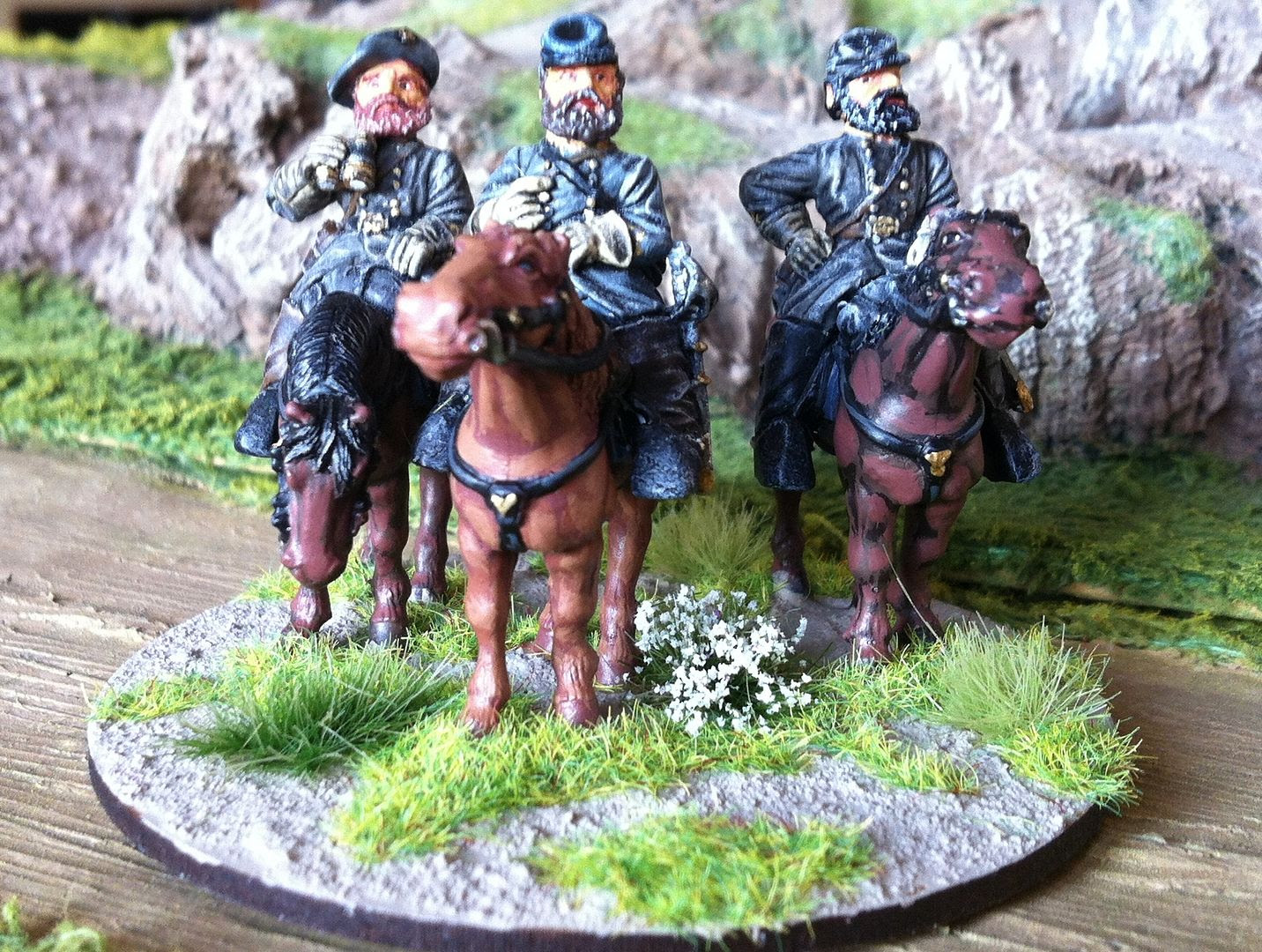 Stonewall Jackson and his staff. {If I had a wish it would be that Trevor would redo his horses using the lovely Ebob masters, I do find painting these a bit of a chore.} 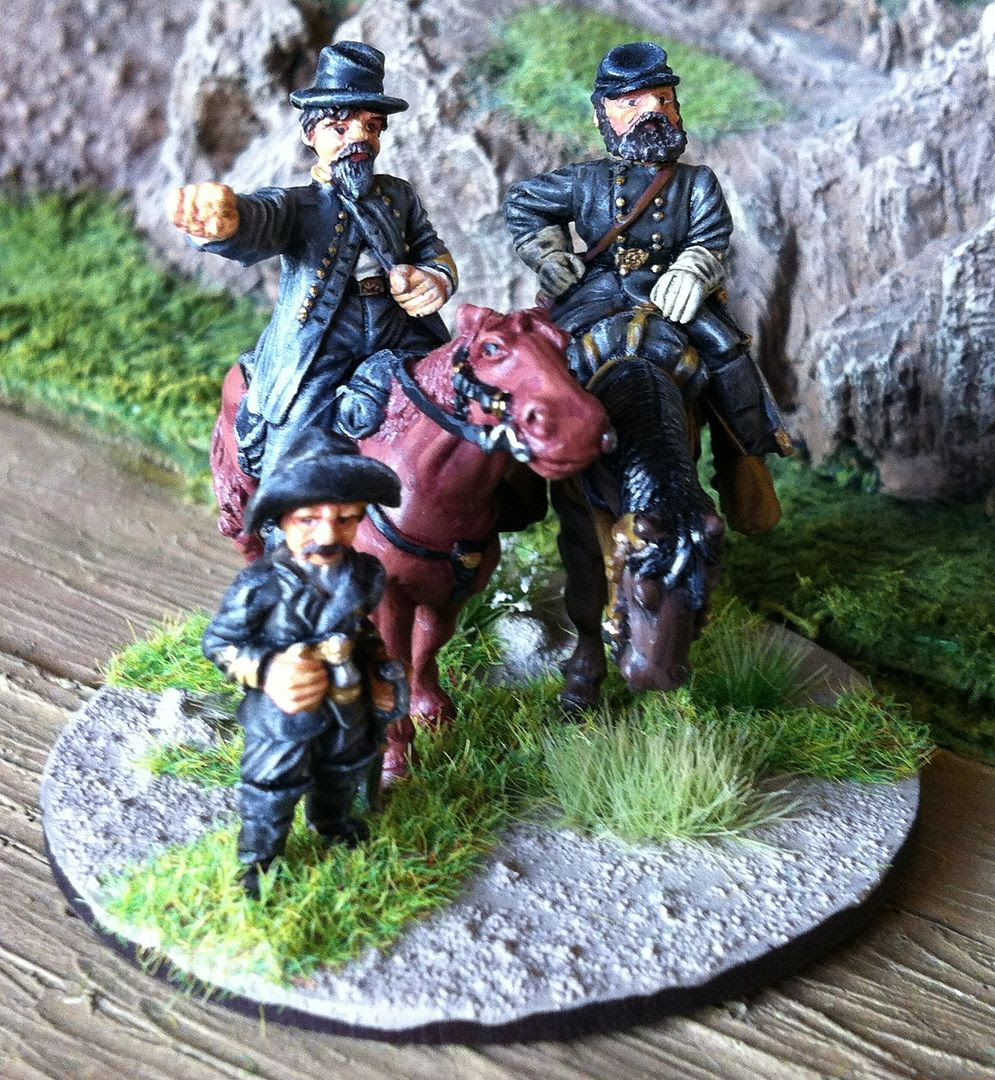 A Division Command base this time, smaller base and only two mounted figures ~ it helps us old folks keep track on the table of who's who! 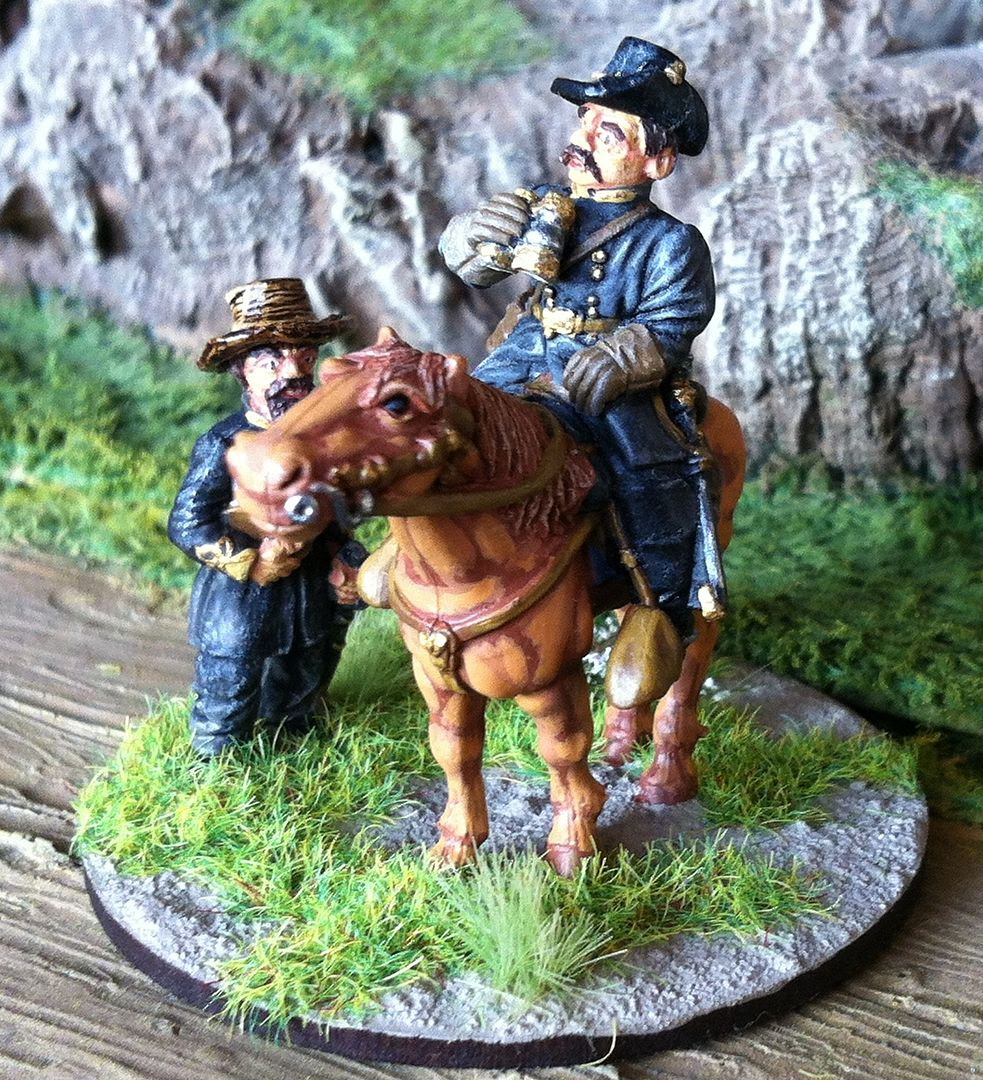 Finally a Brigade Command base, smaller again and with only one mounted figure. I've also completed a new Cavalry Brigade Command base and an overall Cavalry Command base featuring JEB Stuart and his staff, but they need some basework before they can appear here. Finally, from the much maligned Foundry Victorians, a Gentleman's Shooting Party for The Great Detective games.

I'm going away for a short holiday now, so I doubt there'll be anything new here now until next month. Still, plenty to revisit in older posts if anyone gets withdrawal symptoms...
Posted by David at 09:14