Earlier this year I attended Salute where I picked up the new  Empress Miniatures Frontier Light Horse. For the first time in several years I also attended Triples in Sheffield, where one of the things I was able to pick up to add to my 'Lead Pimple' was an Officer for the FLH, having forgotten to order one for Salute collection! I also got a pack of Boer heads, so I could convert the figure to fit in more readily with the 'look' of the unit. In my AZW collections, mounted units are of two 80 x 50mm bases with two or three figures on each, while the dismounted versions are on 40 x 50mm bases, again with two or three figures on each. Here's the full unit in the early morning light of Zululand ~ 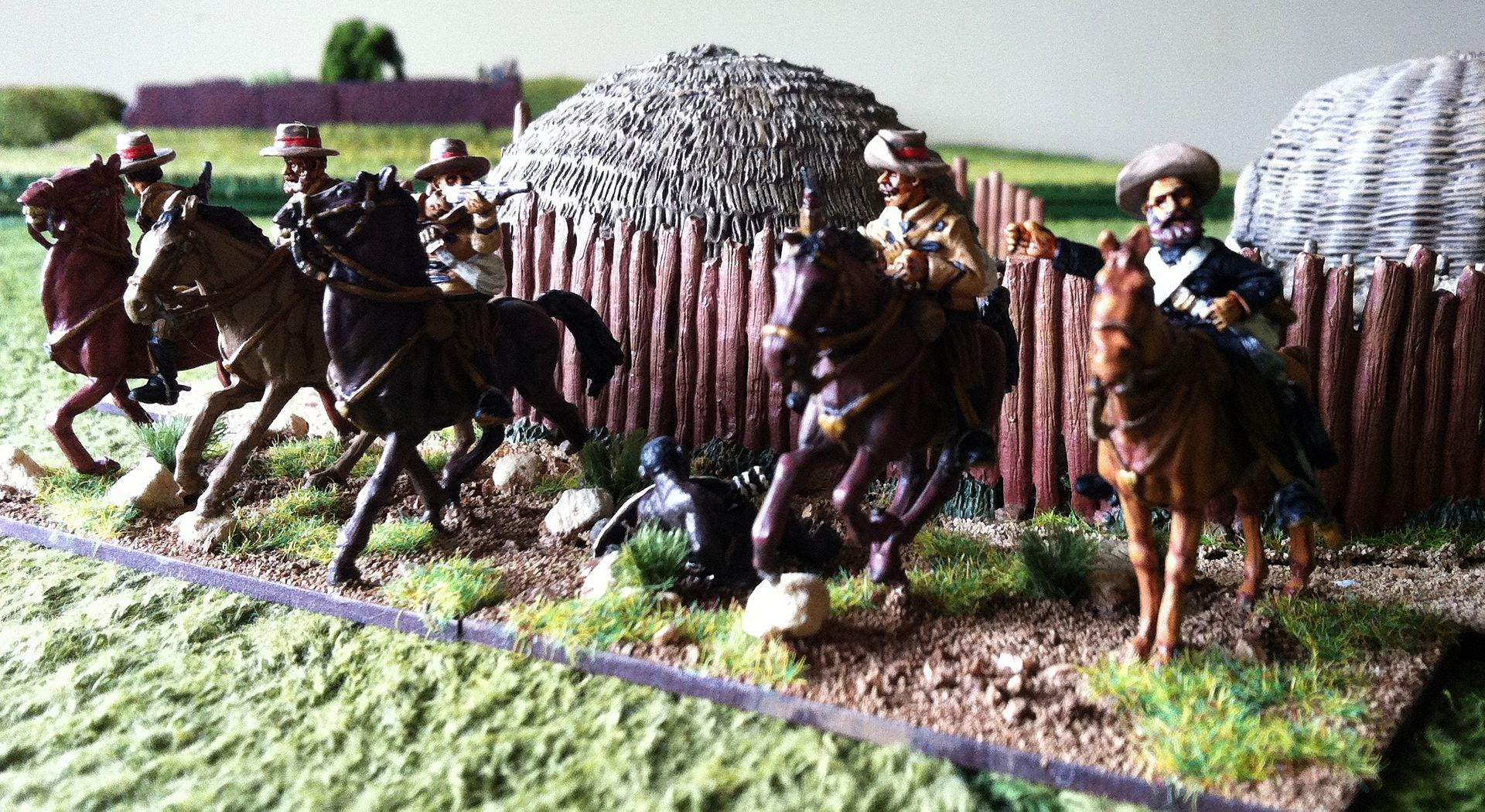 The background comprises my Zulu village, which I'm rebasing to fit in more easily with available storage! The 'casualty' figure is from the Foundry Darkest Africa range, with an added shield from the spares box. Some slightly clearer close ups now ~ 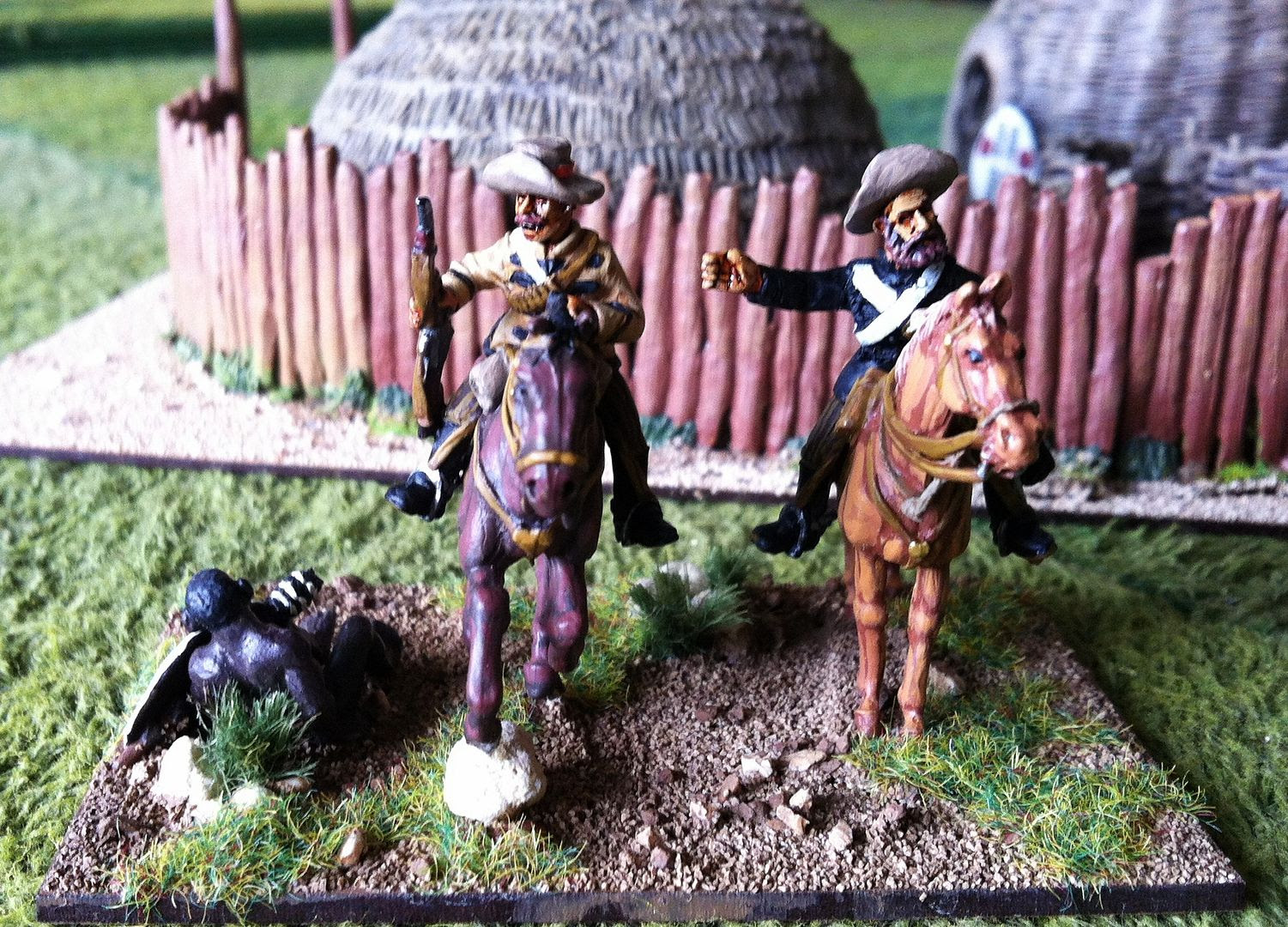 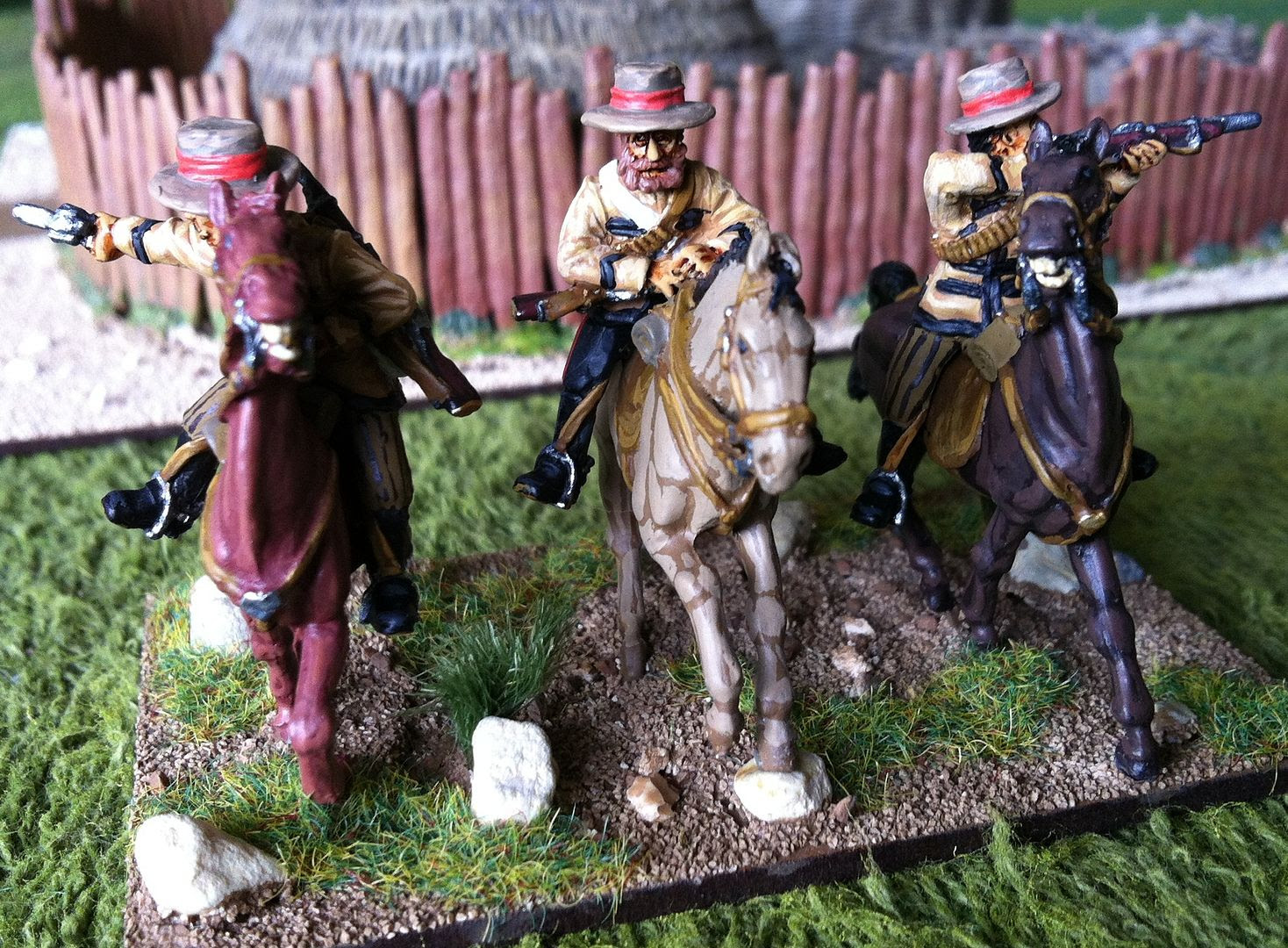 While the FLH tried to organise their troops by horse colour, I've chose to ignore that for variety in the small unit. Also it seems unlikely that they had any of the earlier black uniform with them by 1879, but I've chose to have the officer with a black coat {private means, you see} and one of the troopers with the back trousers. Again, its just for variety in the unit. The striping on the other figures' trousers represents the cord material used. A poor effort, but it does for me! 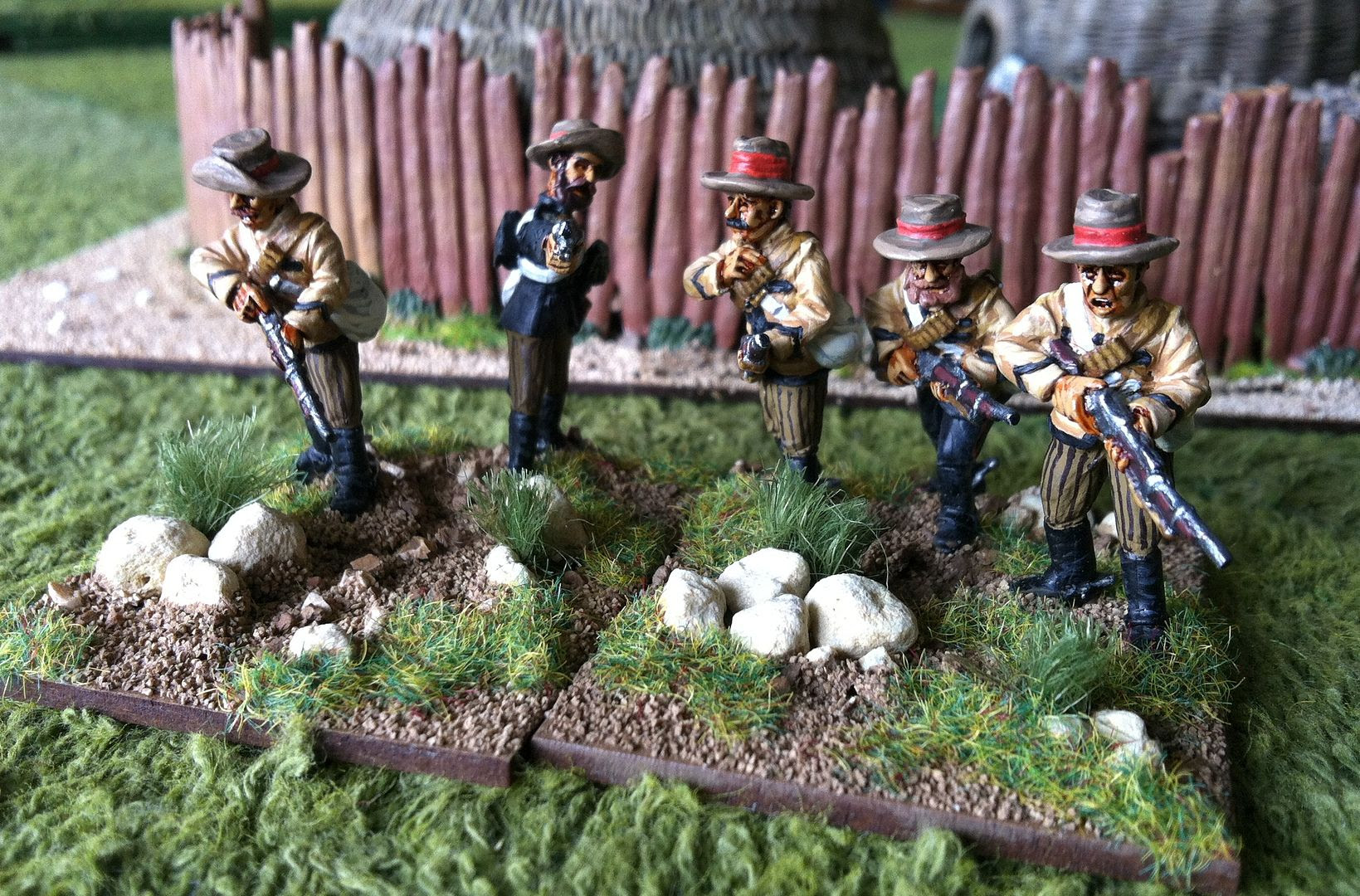 I painted the unit by tackling one mounted and dismounted version of the same figure at a time, so they would match in both modes. Pitiful, is n't it the lengths we go to sometimes in organising our toys! Now I'm working on some 1940 German motorcycle troops from Foundry, just for a change.
Posted by David at 01:51