Now that Sue and I are back from a few days R&R in Herefordshire it's back to the mundane hobby stuff as and when opportunity arises. But first, while we were away, I sniffed out two books on a visit to Hay-on-Wye. 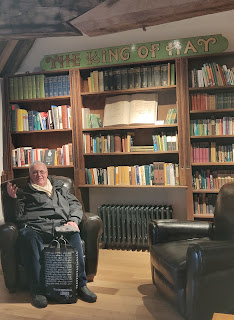 Firstly, a tome by the late Christopher Duffy on a SYW theme. I paid £5 for this, which I think is a good price. I hope to have a better grasp of SYW gaming as a result of reading this over the coming weeks ~ 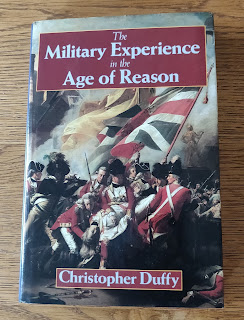 Secondly, an old Osprey Men at Arms on the Mexican-American War. Ever since I played in a large multi-player game at Dave's in North Carolina I've had a hankering to dabble in the period here in GHQ, I've just never found a range of figures that suit my style or enthuse me sufficiently to have a go. Who knows, I might yet ~ 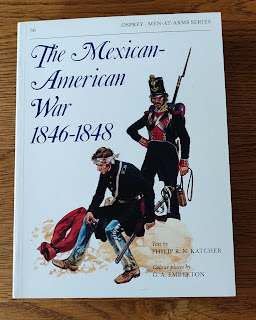 Now finally, and by way of a correction to an earlier post, I've decided to have a break from figure painting and am instead working on the first of my German rural buildings from Warbases, starting with the large barn. It's enormous, so it's a good job I chose the 20mm version as I think the 28mm one would dwarf troops on my tabletop battlefield here in GHQ! So far I've dry assembled the basic structure and must say the joints are super tight. More progress on it hopefully when my hand recovers a tad!!