Being the second version of our Bolt Action WWII games set in 1940 following the successful execution by the Germans of Operation Sealion/Zeelowe. In this version, Phil commands the British forces seeking to recapture a bridge seized by Falschrimjaegers, the latter commanded by the grizzled veteran, von Bikkel! In the early morning half light the Jaegers take their positions ~ First on the scene for the British are the local Home Guard: two squads with transport in this case ~ one on bicycles and one in a local butcher's van it seems. Of course the officer, some sort of bank clerk I believe, has rather more luxurious transport ~ 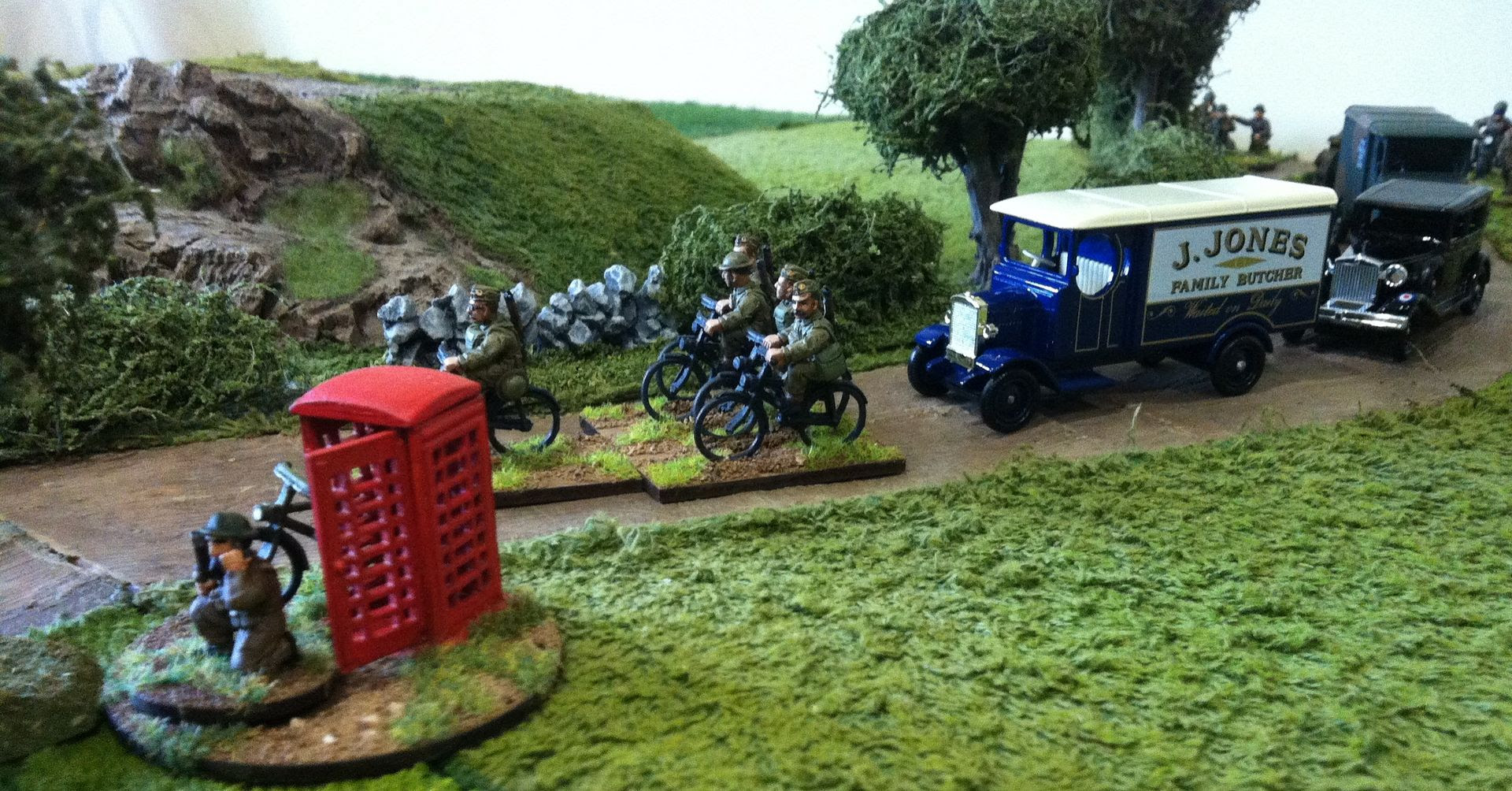 Under heavy, but wayward, mortar fire the Home guard units work their way around the enemy's left flank, bringing up the Smith gun for some supporting fire ~ 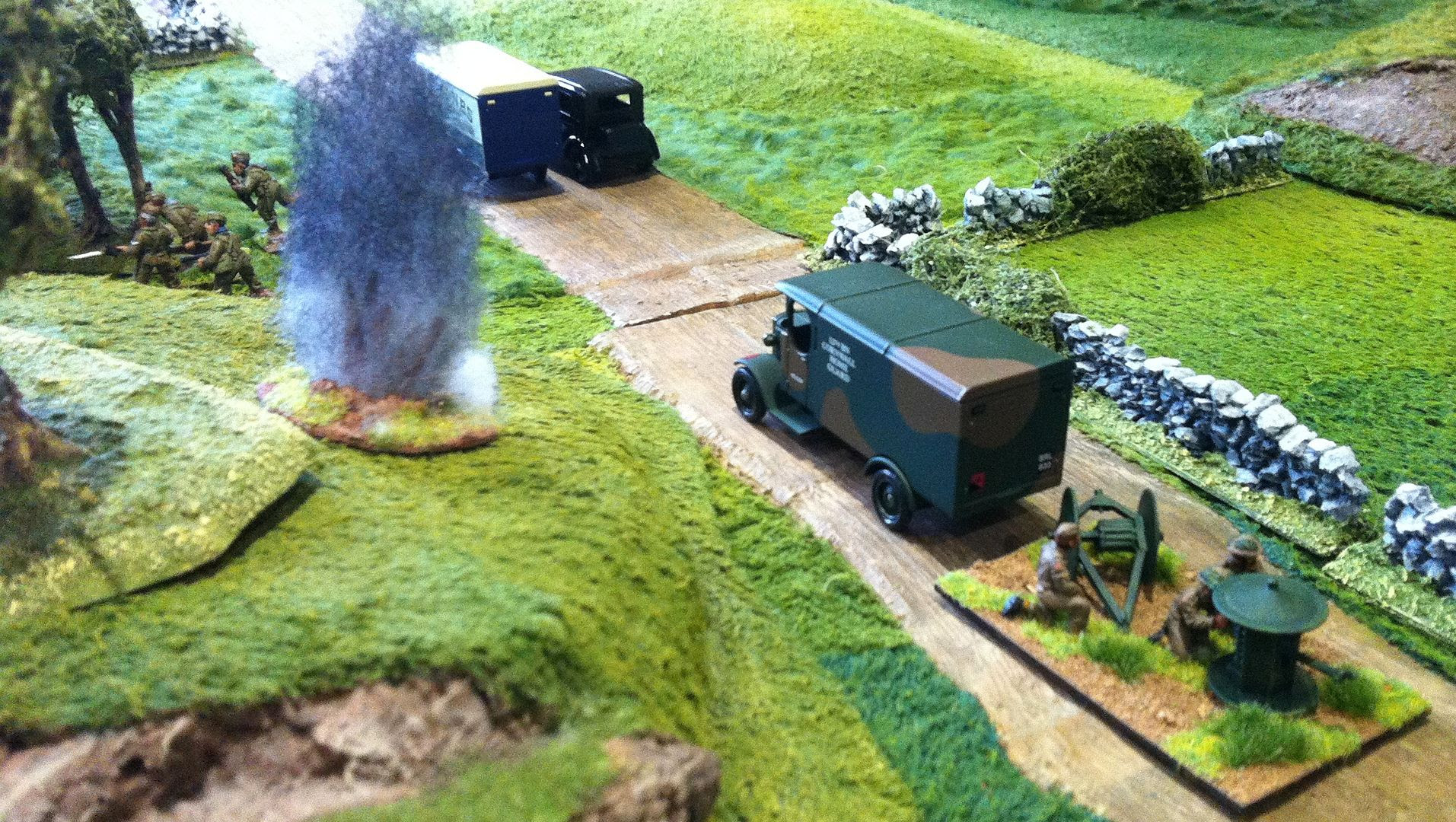 After a brisk cycle ride, Sergeant the Hon Wilson's squad take up a position behind a stone wall and fire on the enemy's position ~ 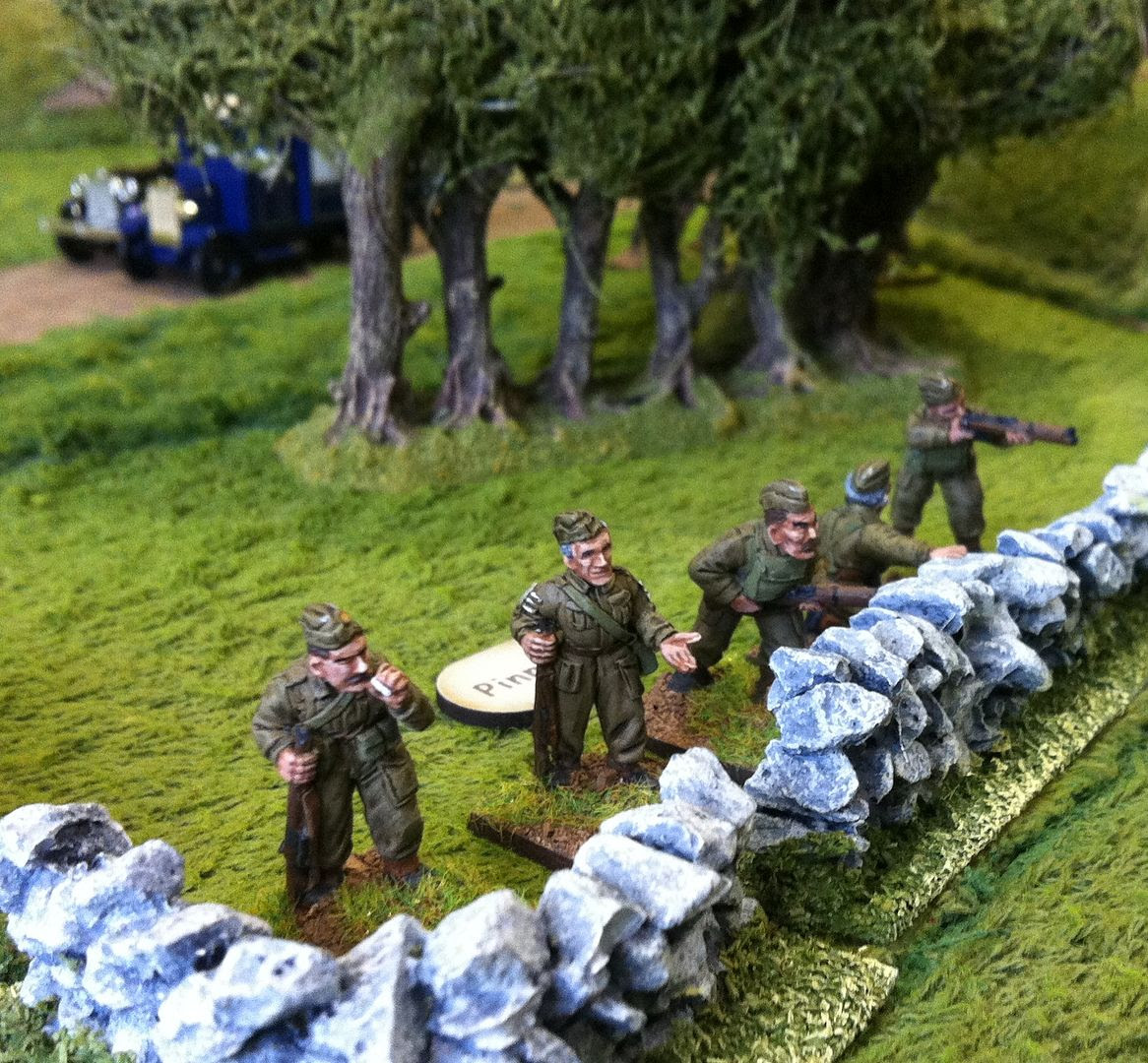 While on the British left, the Regulars begin to move into position to assault and recapture the bridge, with the aid of some support from a light tank, a Mk VI ~ 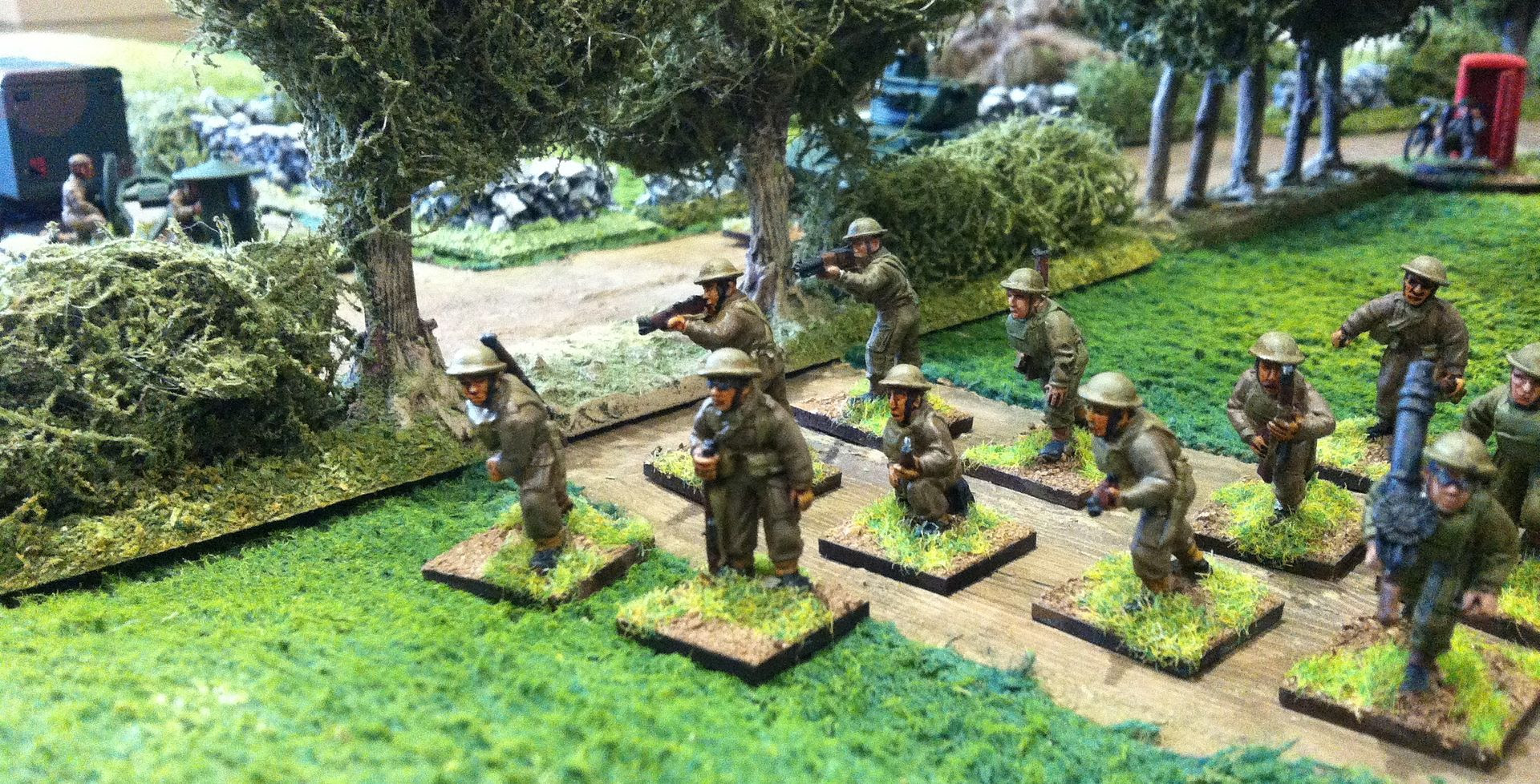 Enemy mortar fire is now intense, and Sergeant Wilson's squad takes a massive hit! As the dust clears and the ringing in his ears eases, Wilson finds himself the sole survivor ~ 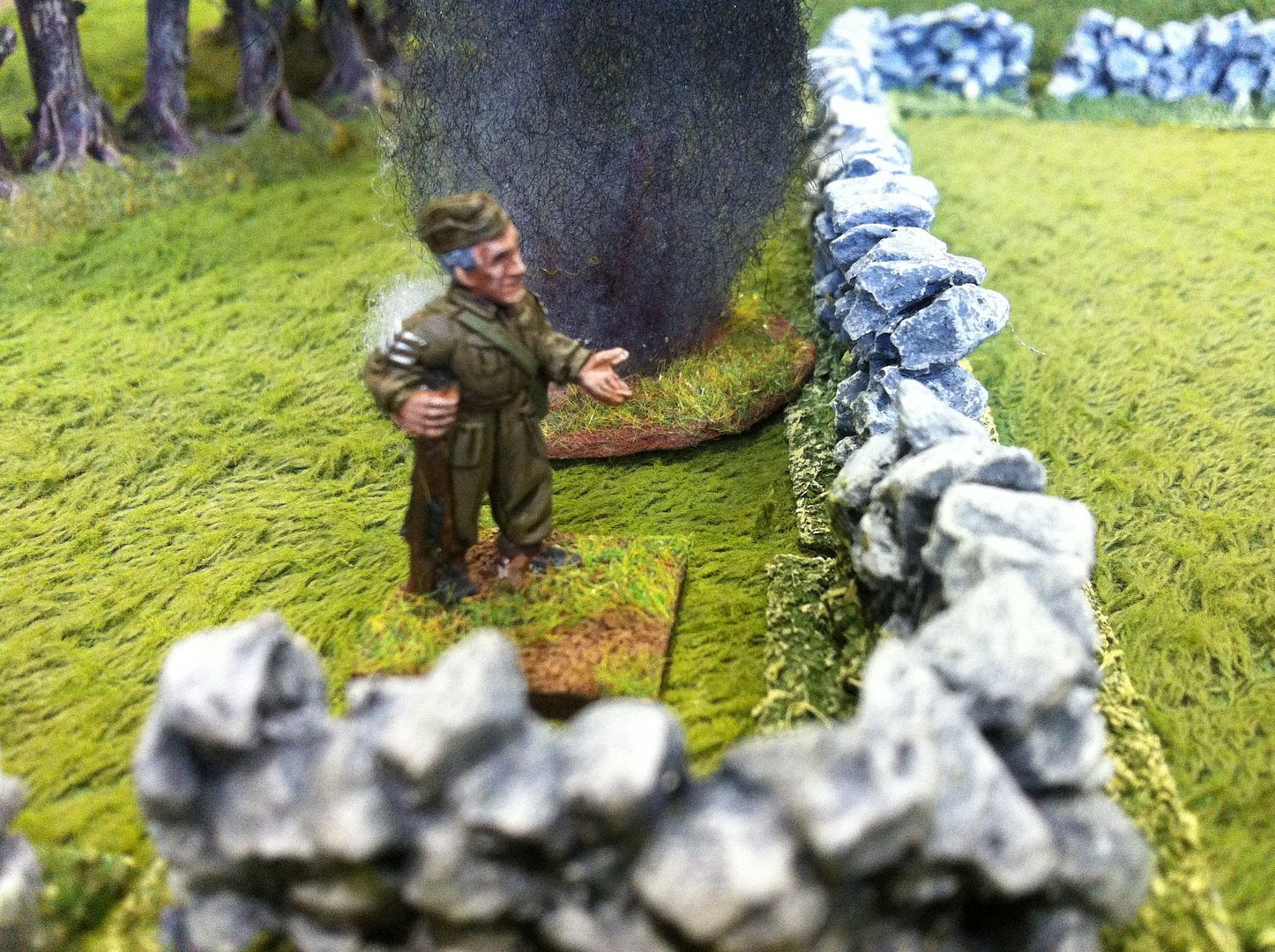 Lance Corporal Jones' squad has fared no better, being devastated by heavy mortar fire, leaving only Mannering's HQ and the Smith gun firing on the enemy flank ~ 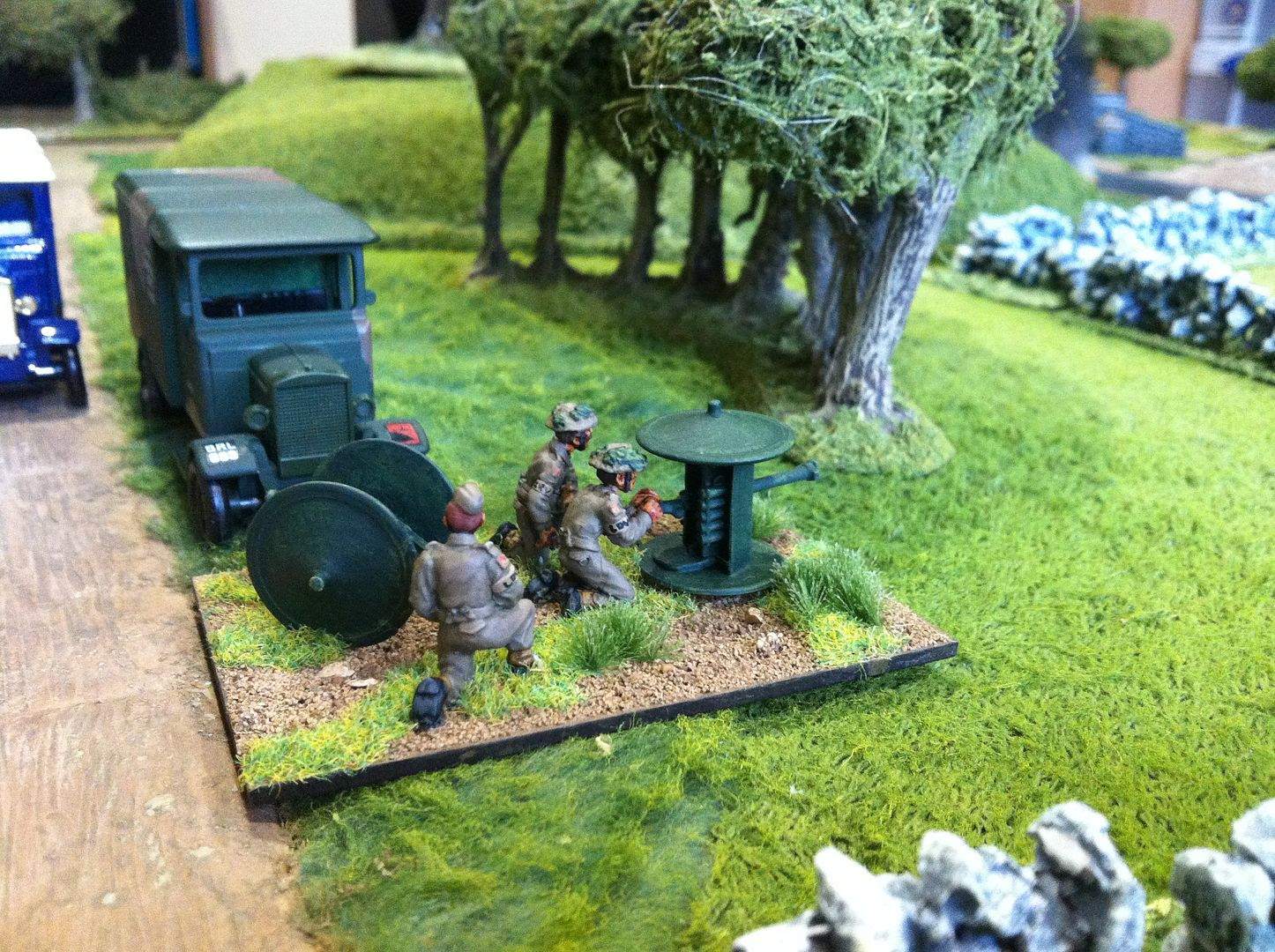 Casualties are mounting on both sides now, but the Germans are holding on at the bridge, largely thanks to the enemy overestimating the power of a lone anti tank rifle! Finally the tank and supporting regulars manage to neutralise the threat and begin the decisive advance to recapture the bridge ~ 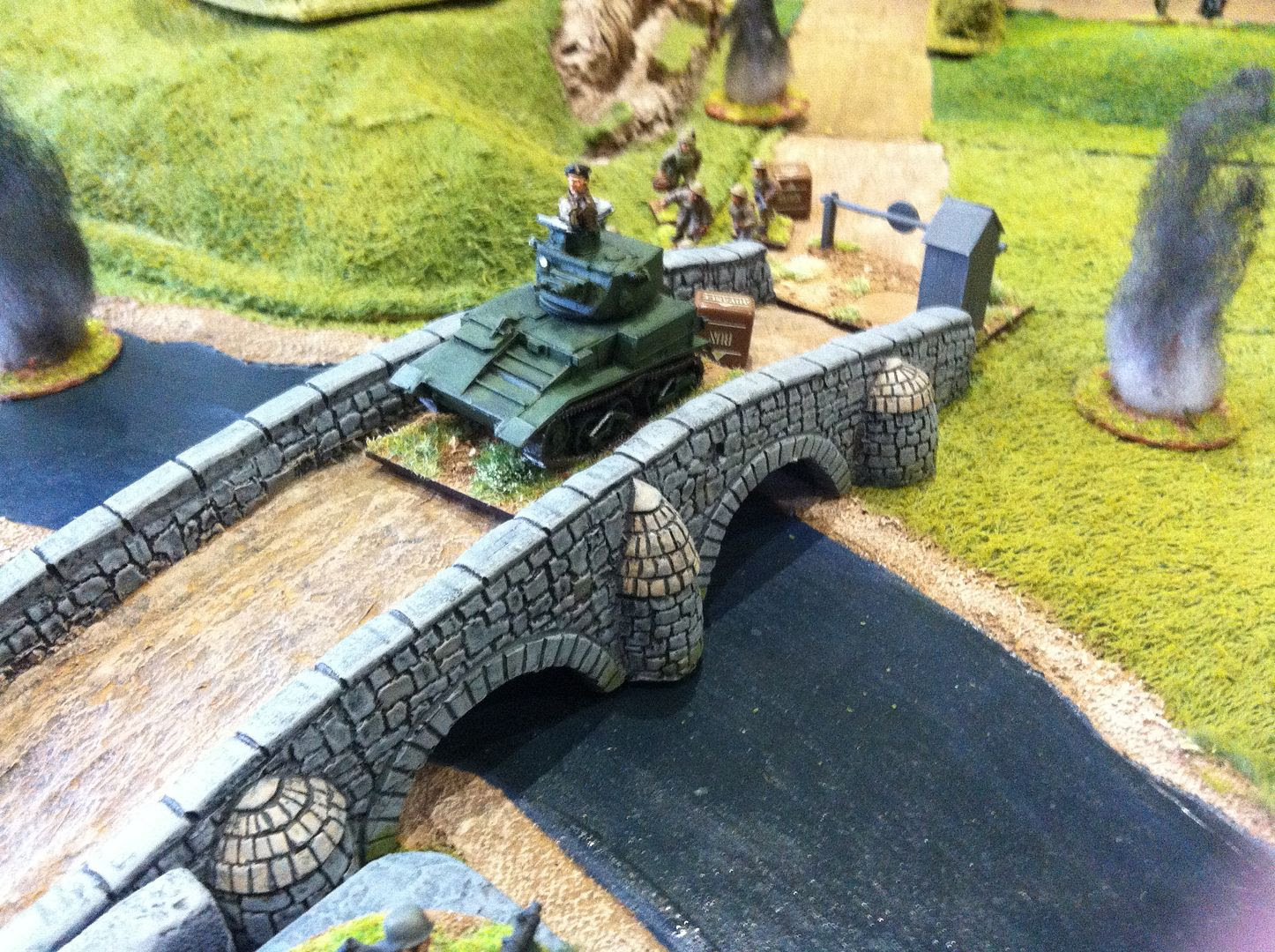 Desperate times call for desperate measures! Sensing defeat von Bikkel orders the final squad of Jaegers to assault the tank as it crosses the bridge. Their morale is excellent and they rush the enemy who are too surprised to respond ~ 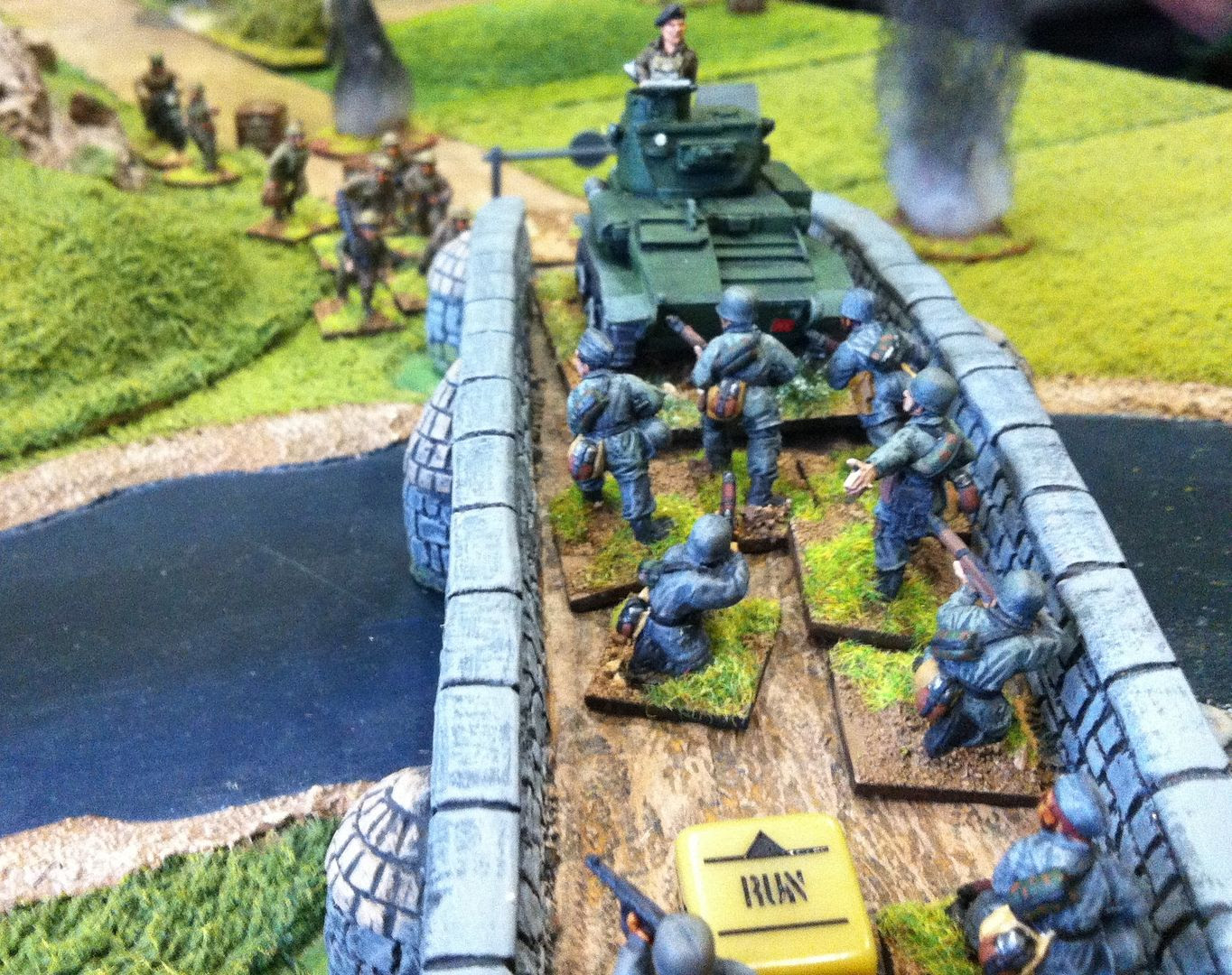 Another seventeen turn Bolt Action epic! the game seemed to swing first to favour one side then the other, with it being difficult to predict the outcome right up to the end. Phil finally conceded when the tank was destroyed and he found himself with too few Regulars left to carry the day, despite having mortar and machine gun support. For my part, I think I held on grimly despite serious losses on my flanks. The mortars did the main execution for the Jaegers, but their stirring assault really sealed the victory!
The figures are all from my small 28mm WWII collection, predominently Foundry and BEF/Warlord with some from Artizan, Stronghold and Crusader along the way. The tanks are from Warlord and the other vehicles from Lledo.
Posted by David at 09:09