I've been working on another building for my Old West 'town, "New Paddock City". Its the last of the kits I was given by a friend in return for helping out. I left it til last because, to be frank its size was daunting when laid alongside the other Battleflag kits I'd tackled. In fact, although relatively complex and larger than the others I'd attempted, it goes together easliy. Even a limited modeller like me finds the instructions clear, logical and well illustrated, making the assembly straightforward. Its a 'work in progress', but I wanted to get some feed back, so here it is ~ 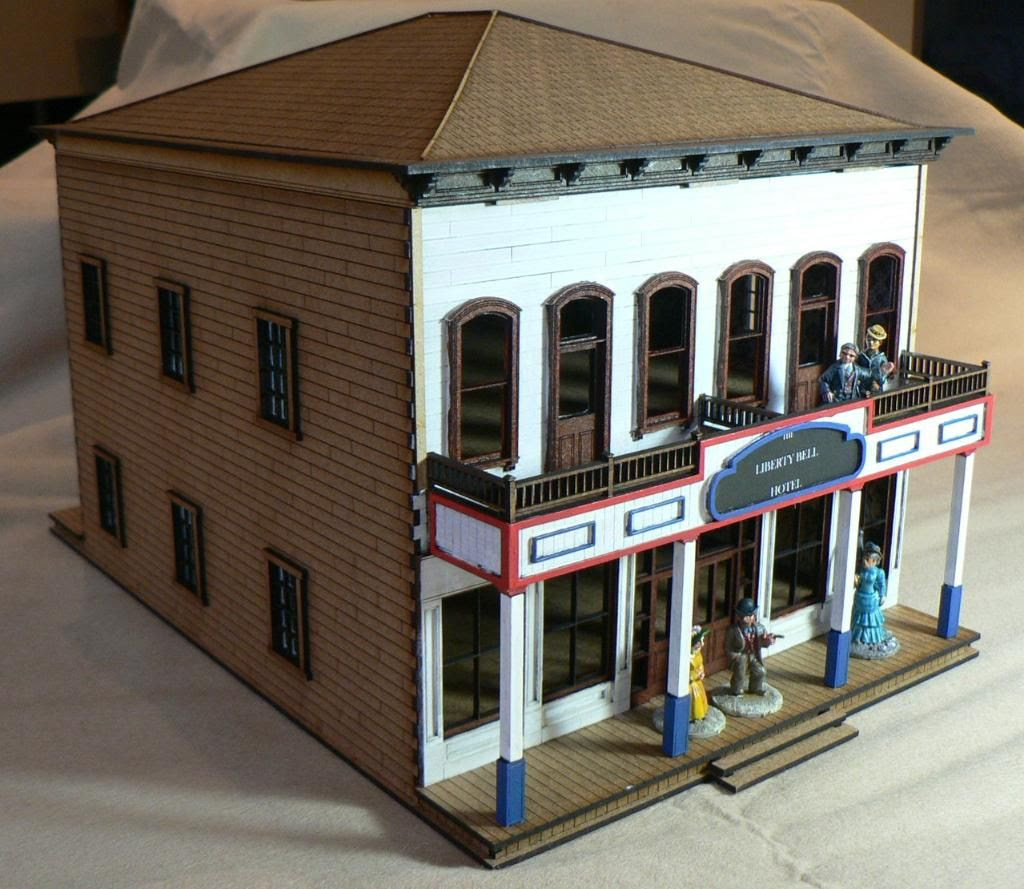 A general view of the assembled building, with a few Dixon figures for scale. I only paint the front of my buildings for New Paddock City ~ well, it is new after all... 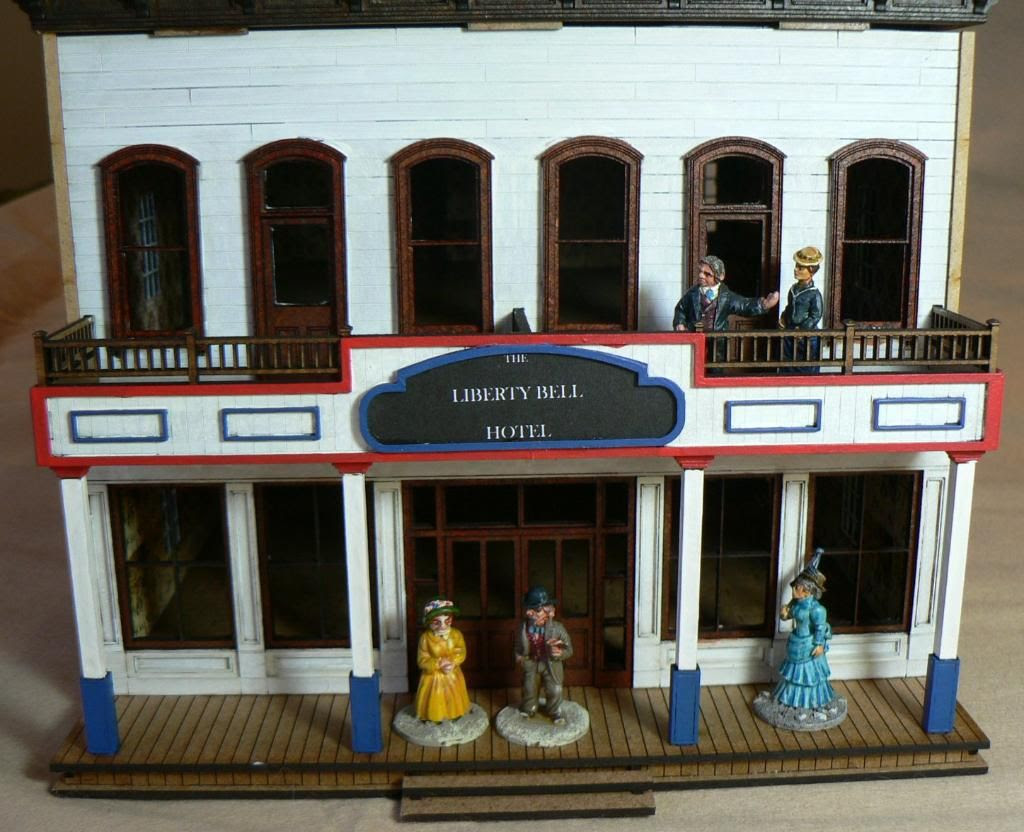 A closer view of the hotel's facade. A useful balcony for figures to overlook the growing town.
I've no furniture yet for the ground floor, but I've spray undercoated the resin Frontline Wargames bedroom furniture I had in stock. The hotel will have﻿ three bedrooms and two dressing rooms ~ its an upmarket establishment!! I've had a go at creating wallpaper to make the rooms more distinct and I'll be adding some posh curtains in time too. 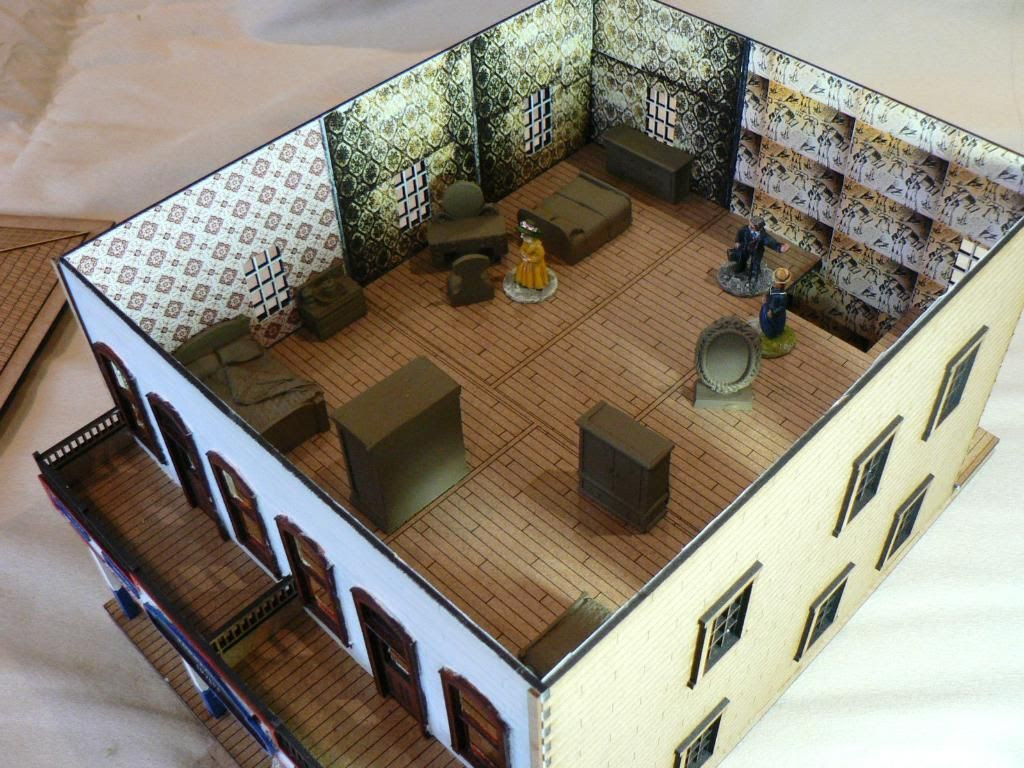 The rear of the hotel also has an upperfloor entrance door with external staircase. Just right for sneakin' in and out of!
﻿
﻿ 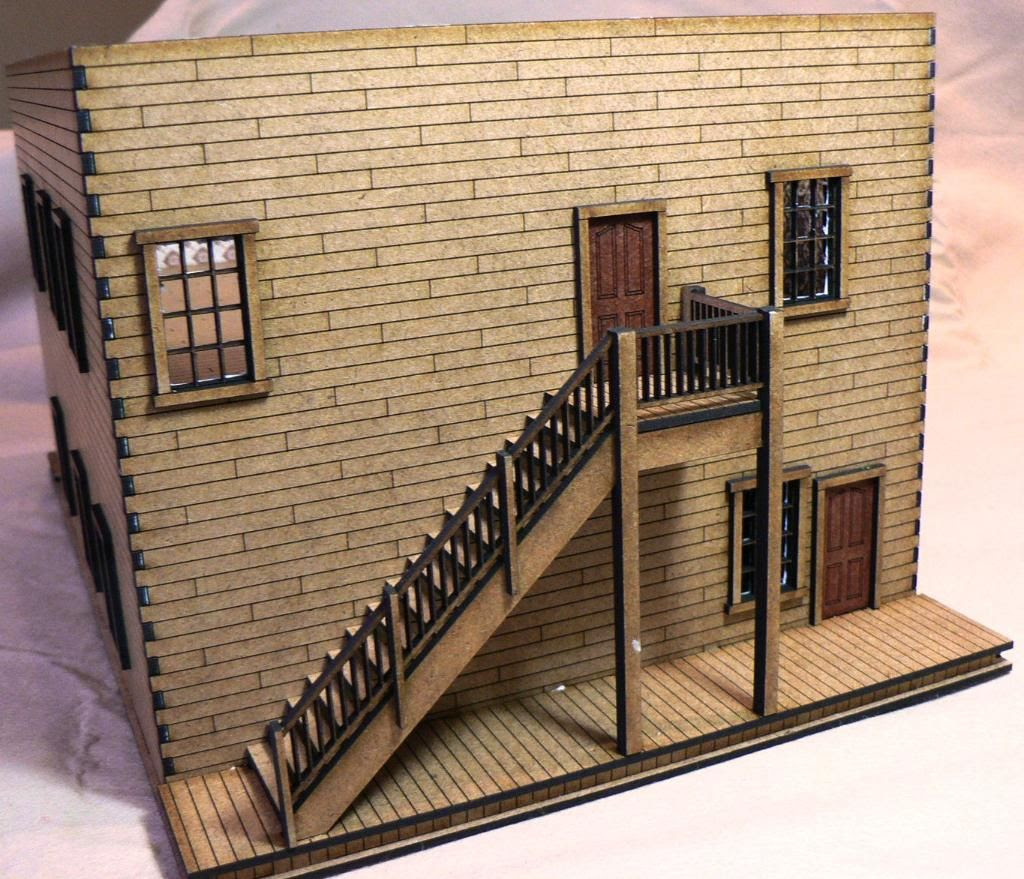 I'll be adding details and working on the finish next week, so hope to post an update before Christmas.
Posted by David at 04:04