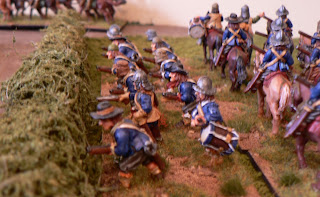 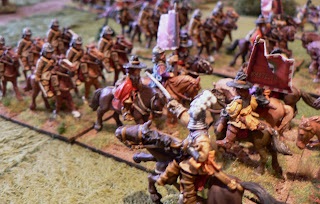 The game ended, as so often they do, when the left of my centre saw two regiments of foote fail their tests and flee from the enemy. Hardly surprising really as Jon's returning Royalist Horse smashed into their unprotected flanks on the way to loot the baggage!
All in all a promising run through for the embrionic rules, despite the rather disappointing result for yours truly! Back to the rules now I think...
Posted by David at 02:13