With three weeks without any games here in GHQ or elsewhere I’ve been trying to make progress on painting, mostly for my Wars of the French Revolution project,  if for no other reason than keeping the summit of the Lead Swelling within sight! (See my previous post for a peek at the growth in the Swelling!) My first task was to complete my unit of Eureka Miniatures Austrian Hussars, in the to do queue since May! The twelve figures proved less taxing than I feared and were completed in just over a week. They will join the Light Dragoons from the same manufacturer in my Austrian’s Light Cavalry Brigade ~ 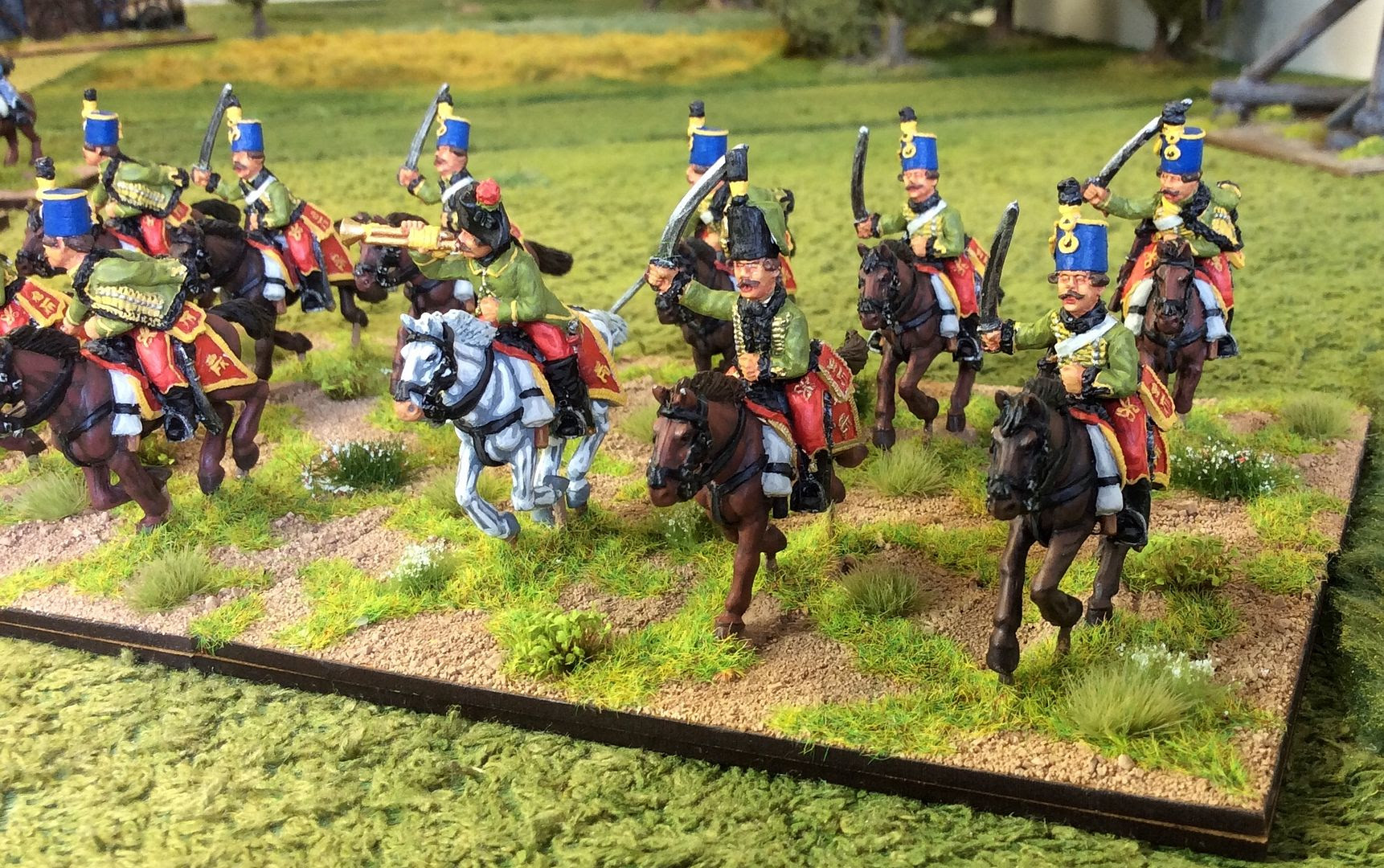 Next in the queue were two small units, in Black Powder terms, to represent the Hussars of the Damas Legion and the York Hussars. They are each four figures in number on two 80 x 60mm bases, compared to the normal strength of British or French cavalry in my collection of eight figures on four similar sized bases. They are unusual as the figures from Trent Miniatures were never released, seemingly neither Matt nor Duncan know why that was. I suspect that it’s because they don’t sit easily on the Trent horses. However, my wife remarked on seeing the finished figures that the poses of the riders actually made them look like riders in motion and I tend to agree. You will have to judge for yourselves ~ 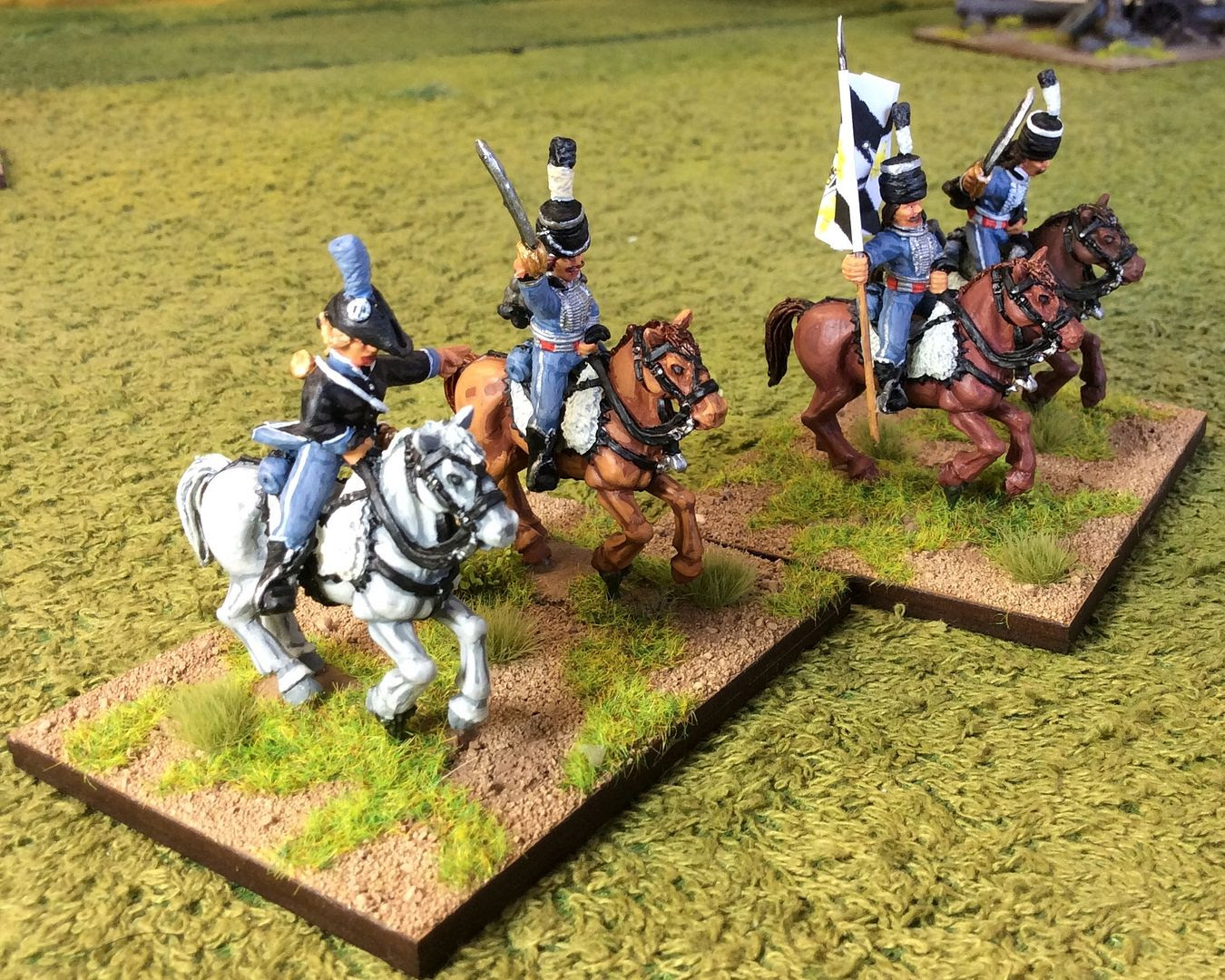 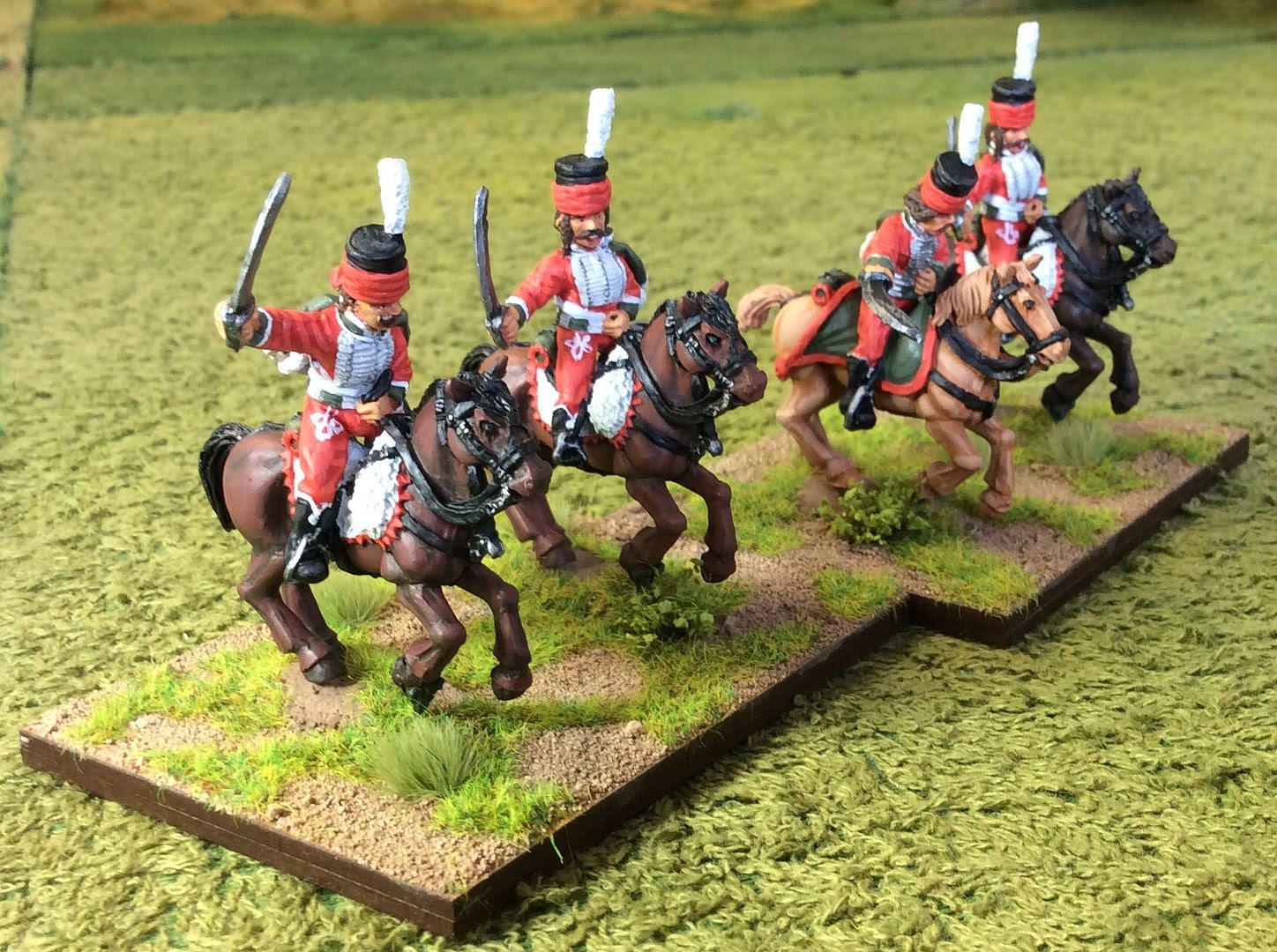 I’ve settled on a style of painting my figures for this project which suits my hand and eye at my age. I use just the base and highlight shades generally in the Foundry Paints triads, with the exception of faces, musket stocks, standard shafts and horse flesh. I still paint in the eyes where I think it will work for me, not the Austrian Hussars you’ll note this time. We need to remember that for the majority of us our hobby is wargaming not warpainting. I enjoy seeing the beautifully worked figures of the painters out there but my figures, and probably yours too, are viewed in the game from several feet away mostly. In that context, as Phil is wont to say, mine will do! As I termed them, the Painting Fascists nearly stole my hobby but I rallied just in time! (Mainly because my work wasn’t good enough or enjoyable as an experience. ) Now I find Painting more relaxing and less pressured. If I don’t feel like it I don’t do it and I certainly don’t suffer angst over the finished item! No doubt you’ll have your own views on this...