The second of the two VBCW games I mentioned in an earlier post took place on Thursday this week. It saw new 'GHQ Irregular' Derek cutting his teeth in a VBCW/Bolt Action game. The scenario pitted my Wolverhampton Peoples' Army against the Forces of Repression. Derek took command of the Government forces in a bid to deny two bridges across the River Penk to the Peoples' Army. I only took a couple of pictures to give a flavour of the game ~ 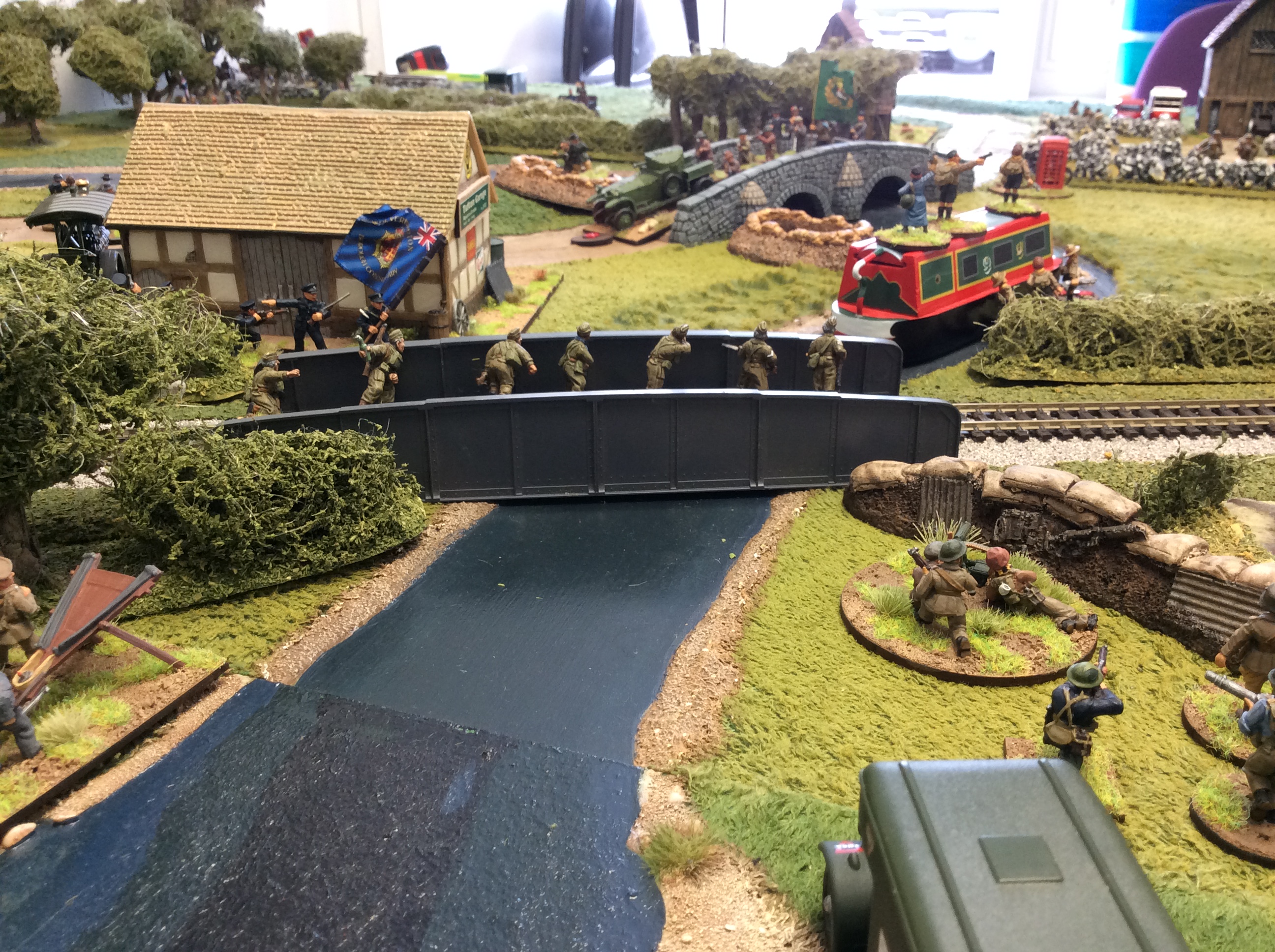 I successfully took the rail bridge but could not shift the enemy from the road bridge, despite pinning the Armoured Car! We called it a win for Derek's Government forces after six turns as time was running out.  That's every game played to a conclusion lost so far this month...

On the painting front I've made steady progress: I've finished 13 Footloose VBCW Militia figures and 5 Warlord Games LDV, with the other 5 having all the base colours finished. I hope they'll be finished tonight or tomorrow morning. I've also started the two Warlord British snipers and 12 Trent Miniatures Royal Marines, which Duncan provided by pairing Irish Militia with bicorne heads. In case folk formed the impression from my previous post that I was ready to roll over I'll mention what I've bought for my ongoing projects:- from Warlord Games, the BEF collection; a 38T; the 1940 Heer Command HQ; and, the 1940 Heer infantry gun and crew. They are due any day now I hope! Yesterday I popped over to Spirit Games, in Burton on Trent, for more Dixon Miniatures ACW infantry and cavalry. I have a list in development for Claymore too, more Dixon figures and MDF from Warbases! I've not given up yet! Toodle Pip!
Posted by David at 02:14