Phil and I spent a jolly day here in GHQ playing a Bolt Action WWII game set in our fictional world of Lord Emsworth and Blandings Castle. Top Secret experiments were being held deep in the Shropshire countryside, attracting Churchill in person, and of course some unwelcome Hun! 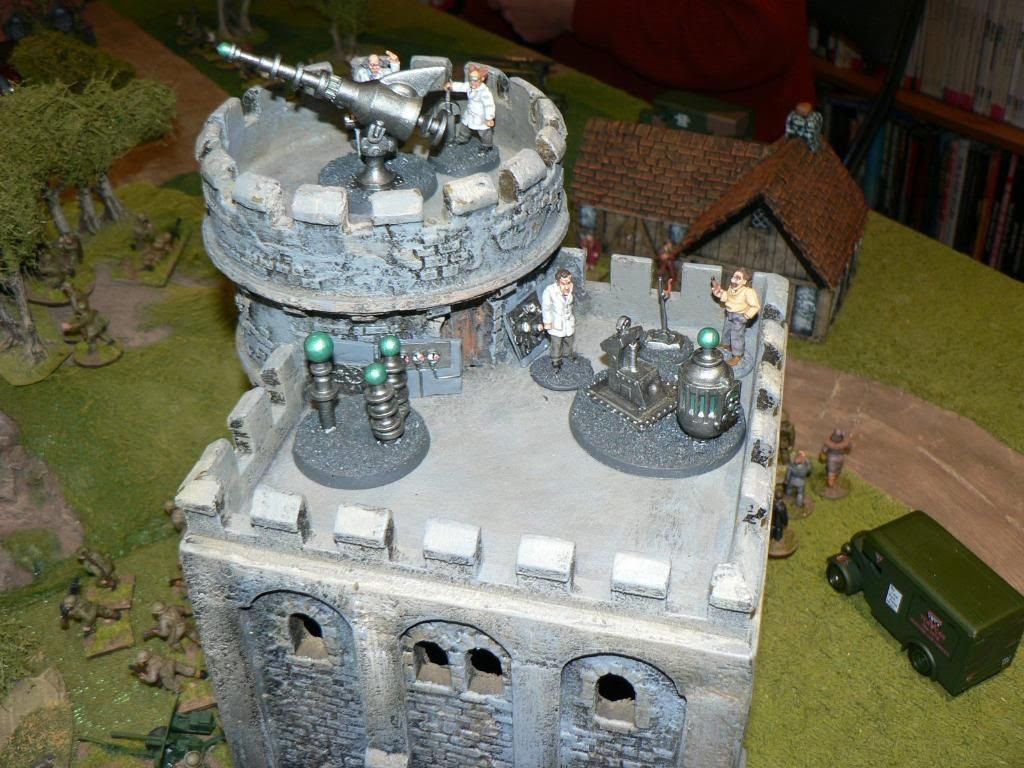 Well known scientific genius Professor Braynestawme was planning to test his latest device, the D-Ray which it was hoped would "...shorten the war by at least two years!" 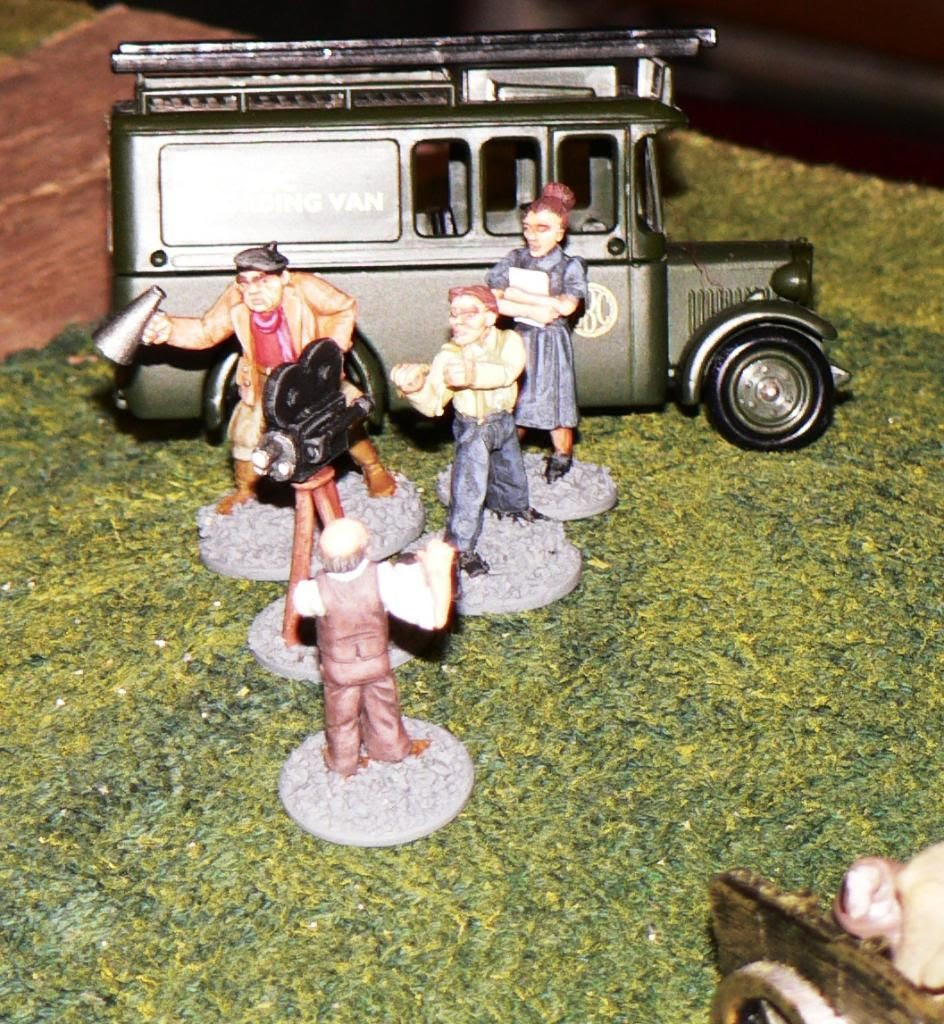 ﻿
The BBC's Film Unit were here to record another triumph in the British War effort!


The castle is heavily defended by units of the Regular Army. 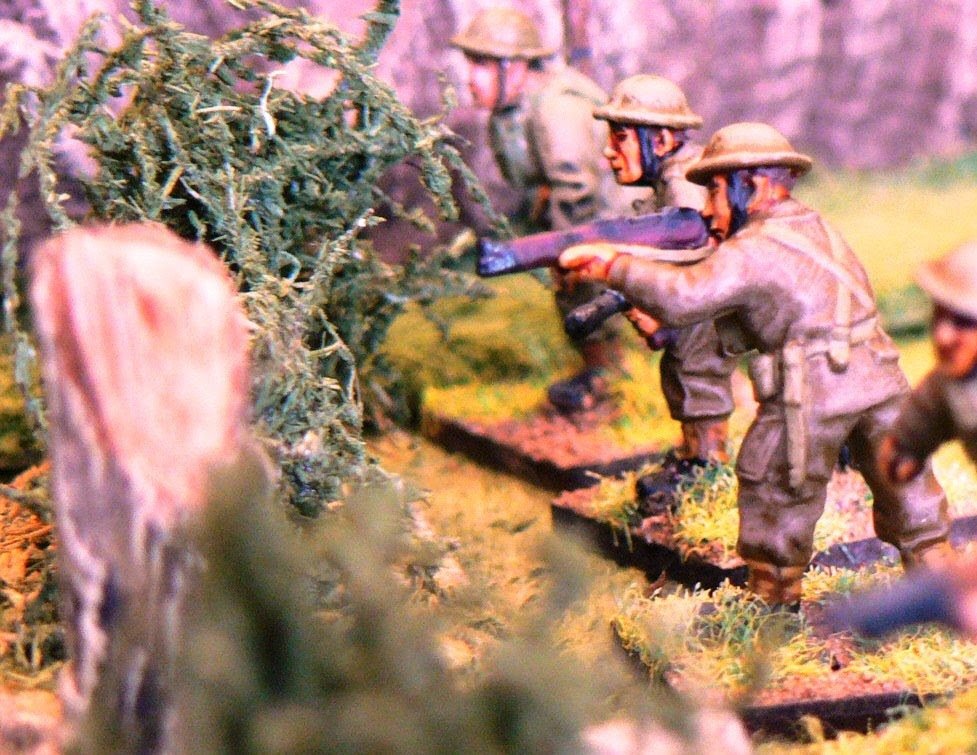 While units of the Local Defence Volunteers are deployed in a wider field to screen the castle from prying eyes. 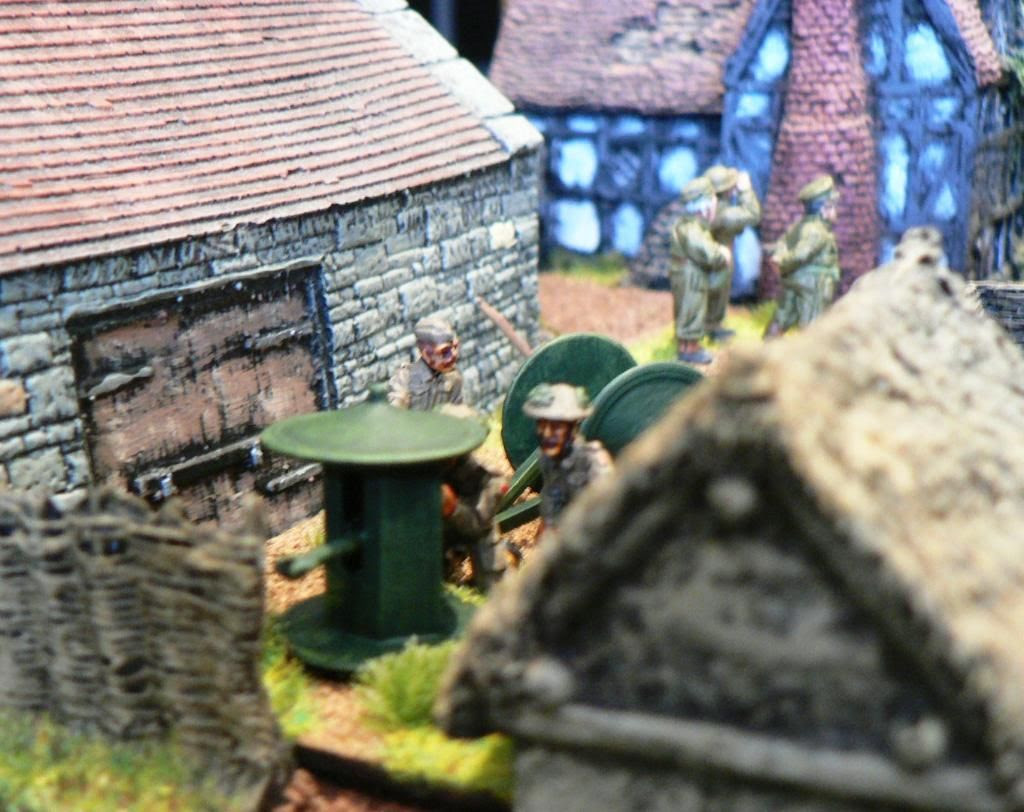 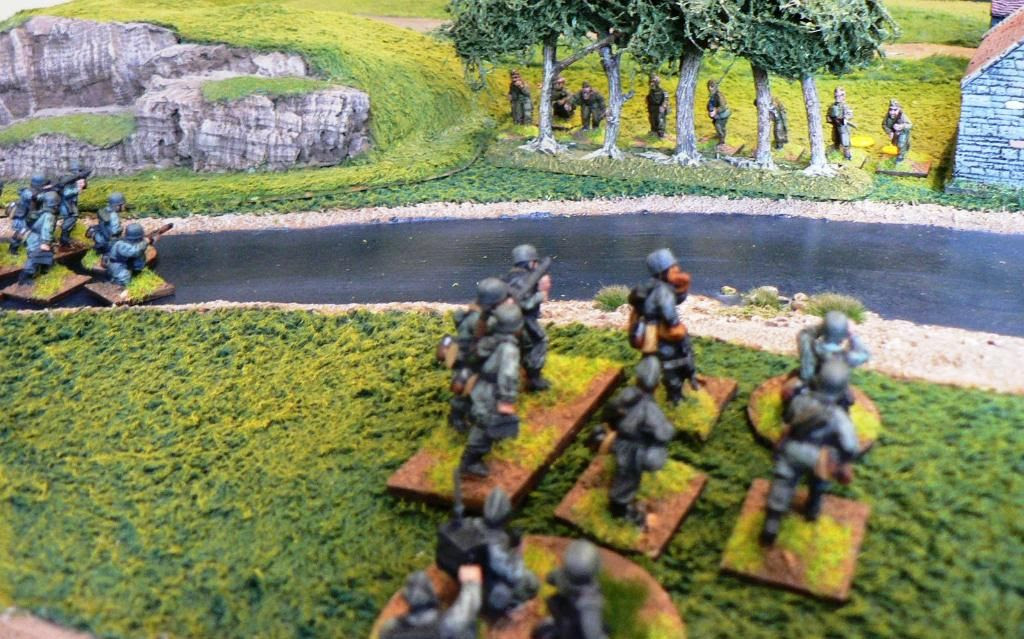 And soon the LDV are under heavy pressure defending Home Farm and the approaches to Upper Blandings Bridge. 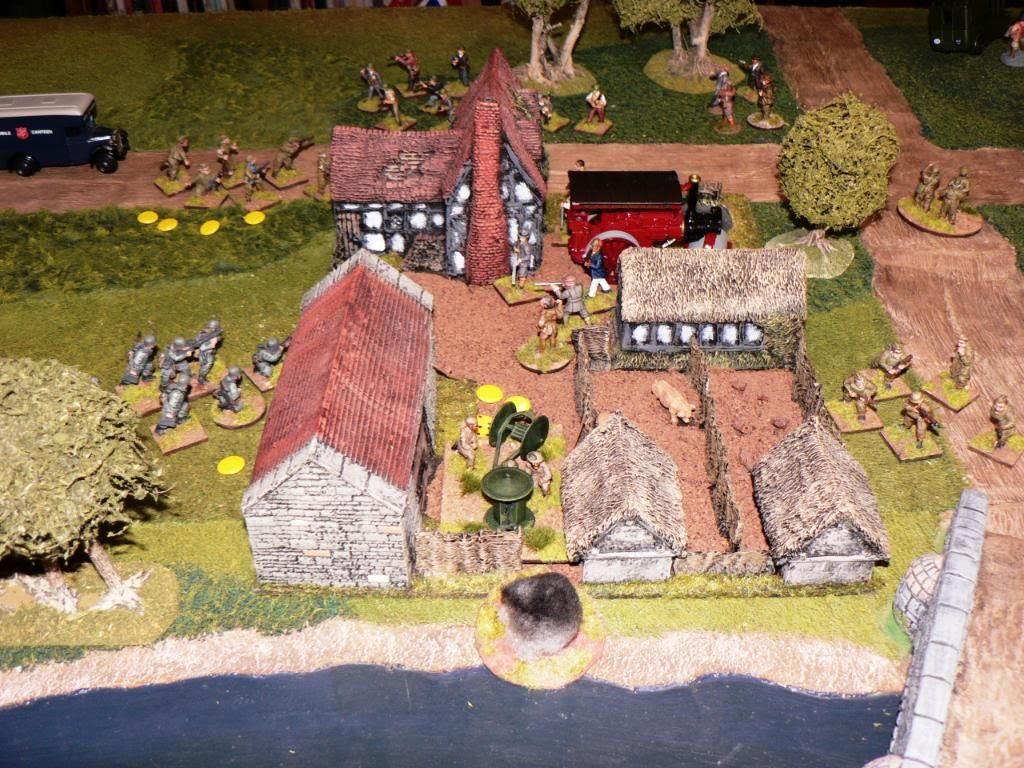 While the Regular Army defending the castle's perimeter come under heavy mortar fire. 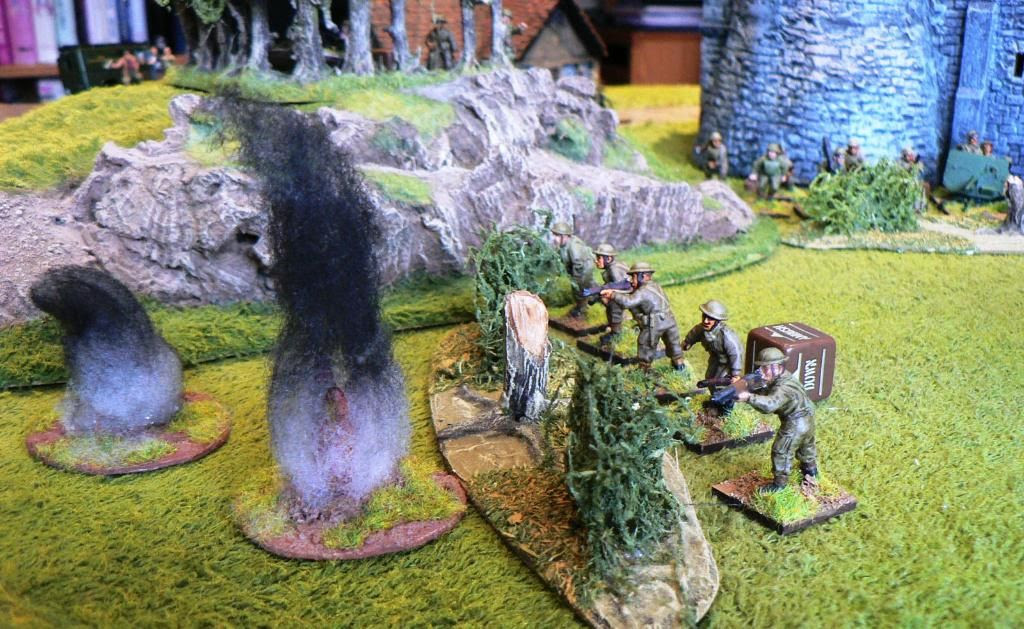 Soon Home Farm is in the enemy's hands. 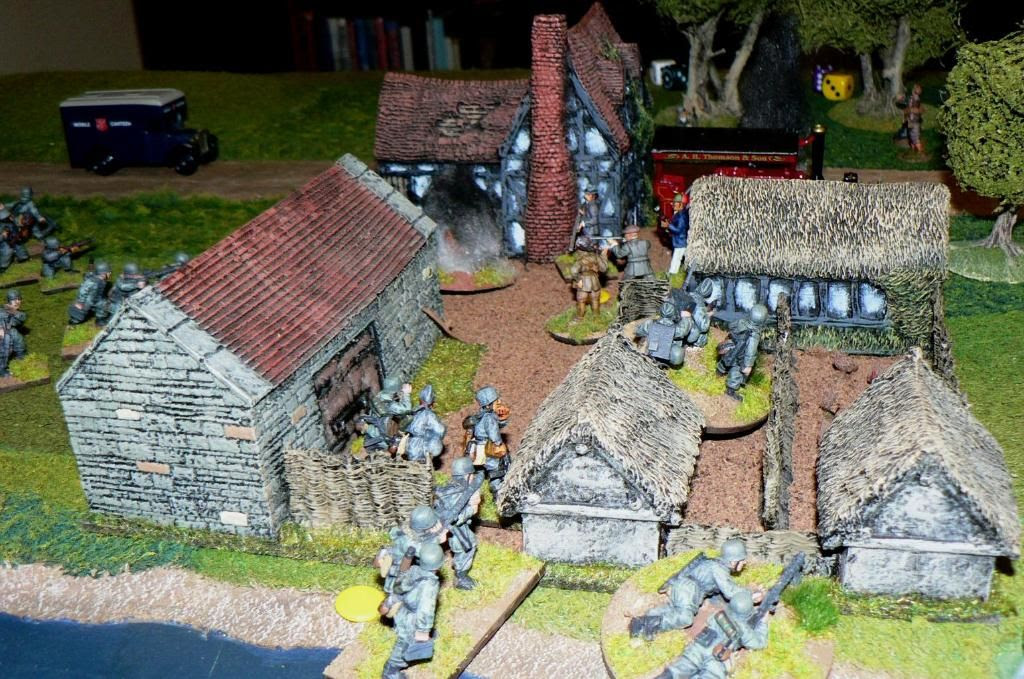 Churchill arrives admidst all the fighting, eager to see the D-Ray deployed in action against the Hun! 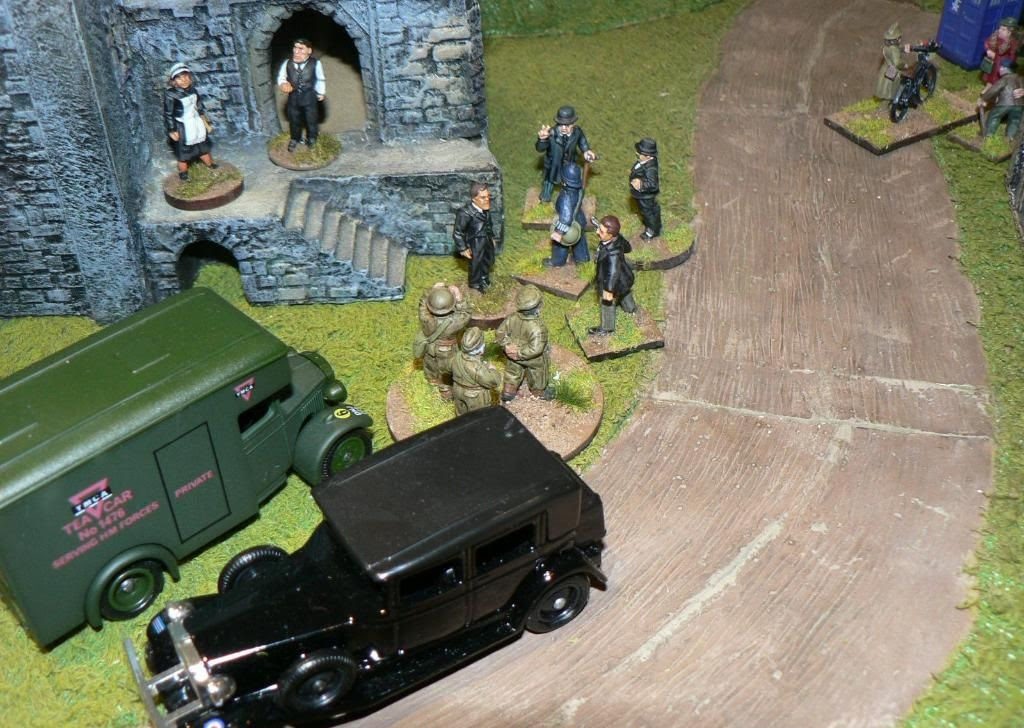 While Lord Emsworth, Connie, Freddy and Galahad lend a hand against the Hun! 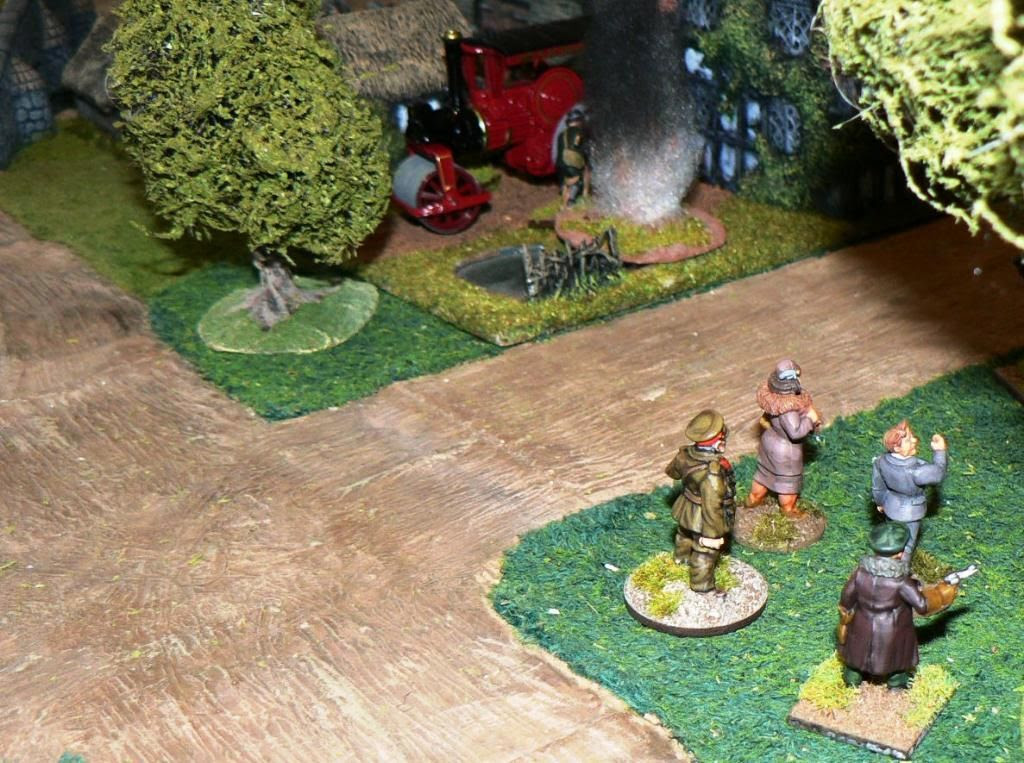 The D-Ray is ready to be deployed for the first time ~ against a totally unexpected enemy!!!!! 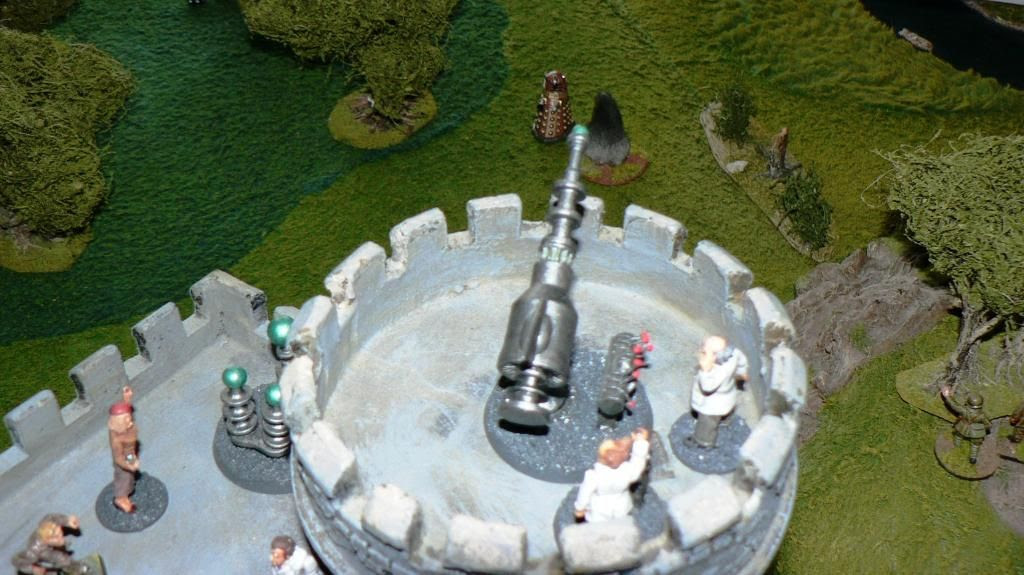 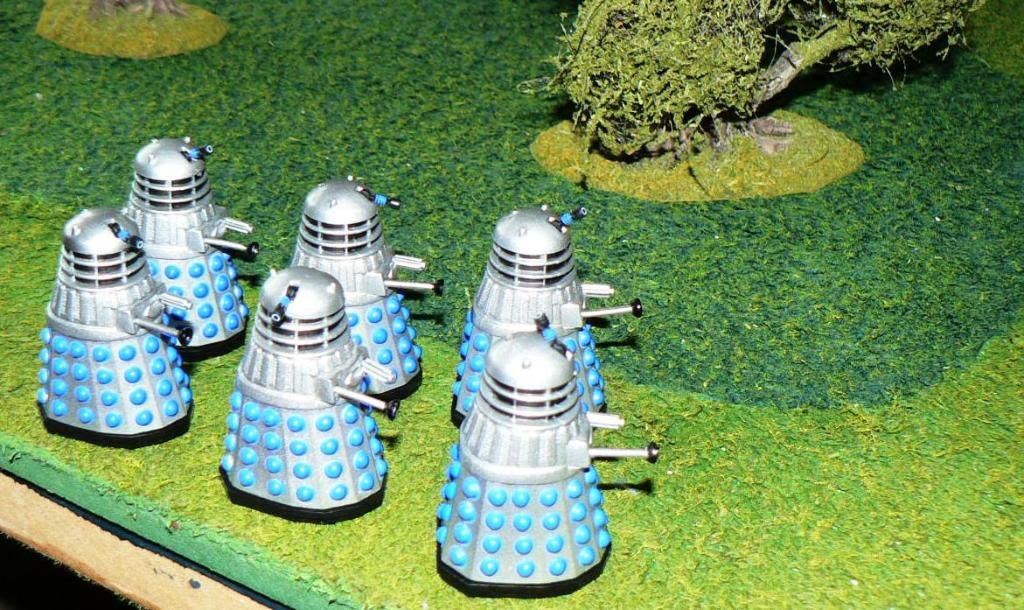 First blood to the Prof! 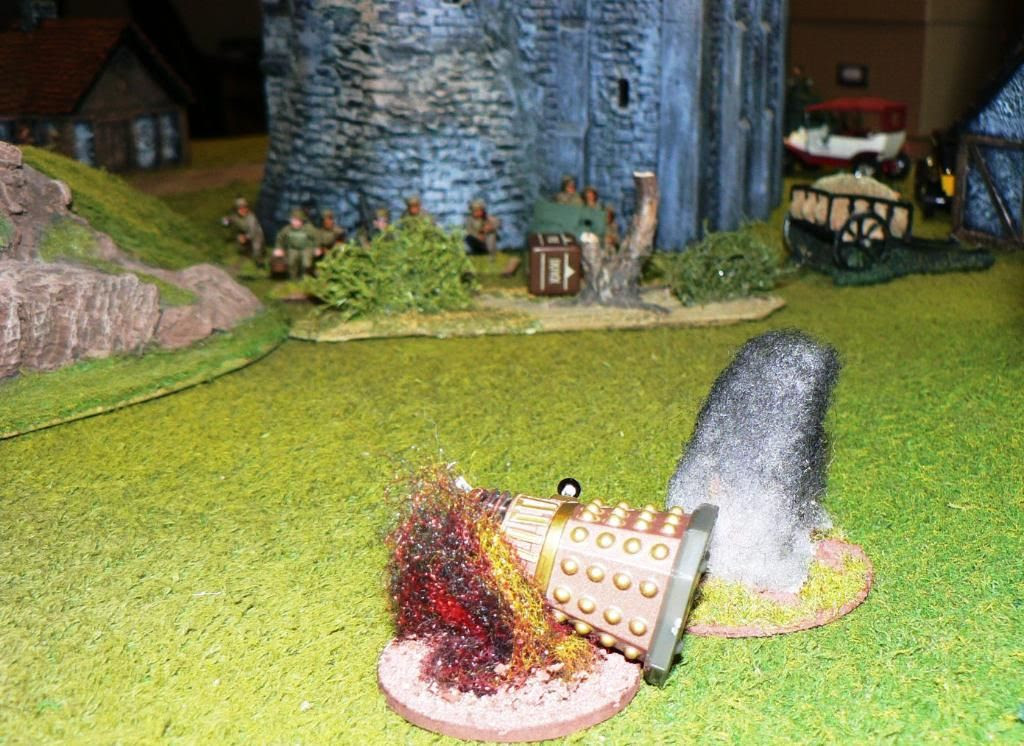 Bitter fighting ensues between the Da-Leks and the defenders of Blandings. 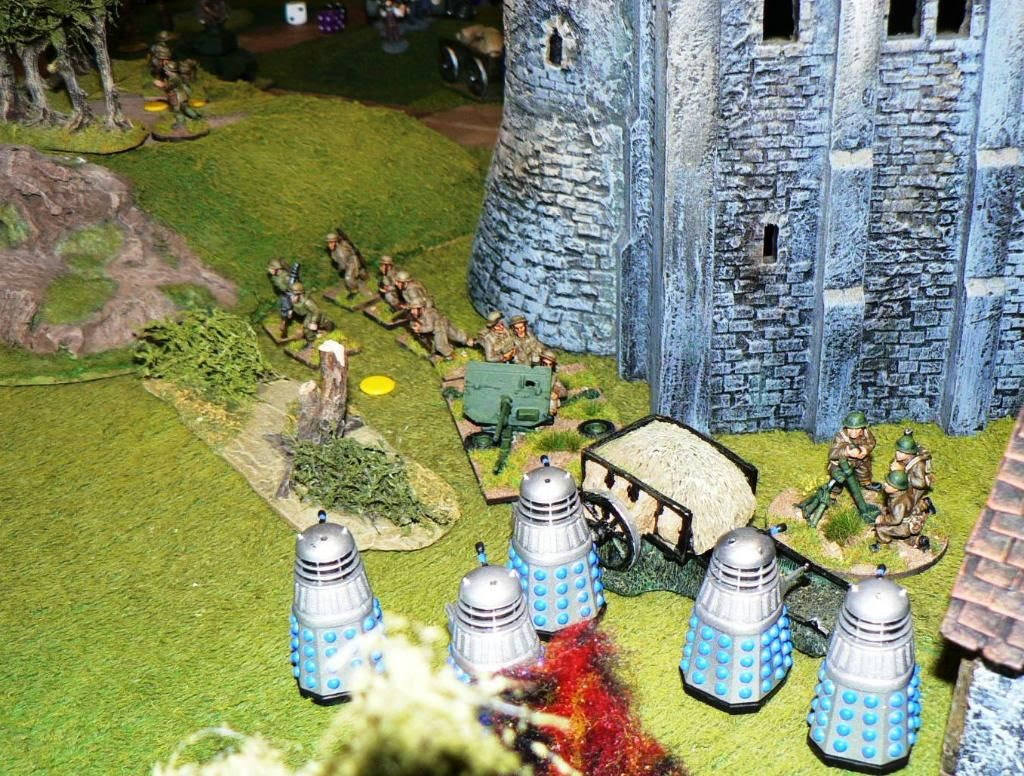 Aided by the mysterious 'Doctor', Professor Braynestawme and his assistants soon deals with those bothersome Da-Leks. 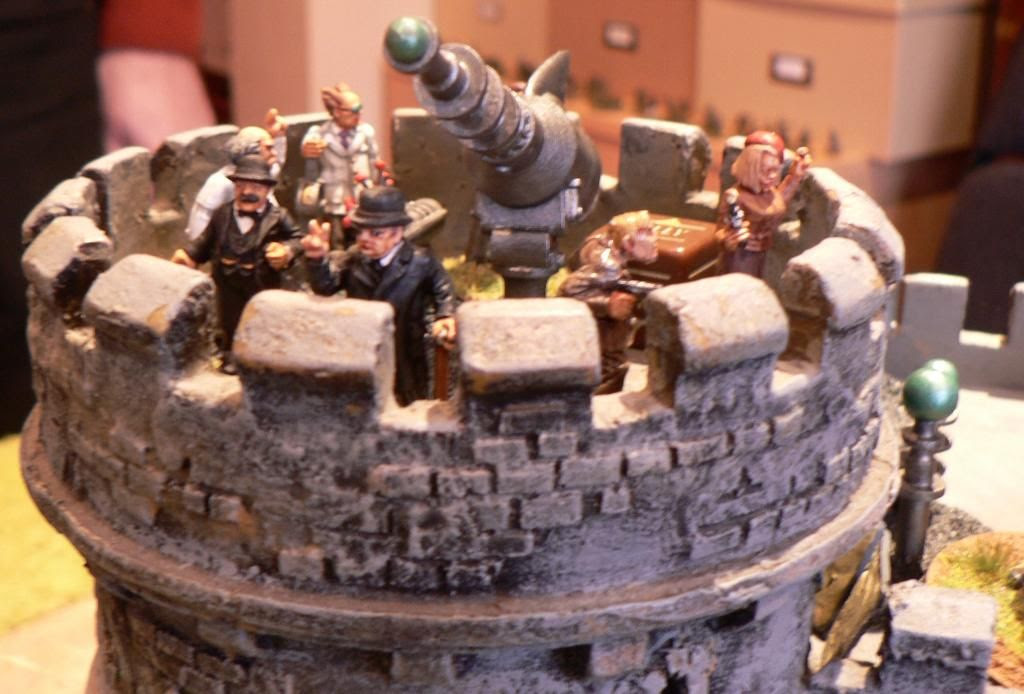 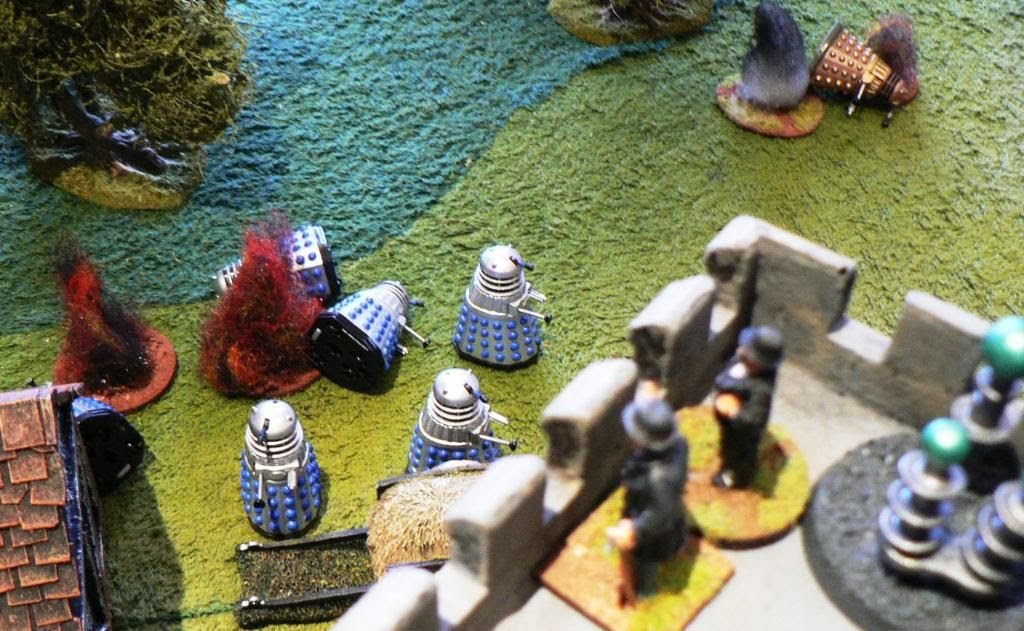 But, in his moment of triumph, Braynestawme and his wonderous D-Ray are destroyed by a hit from the Hun's 80mm mortar! 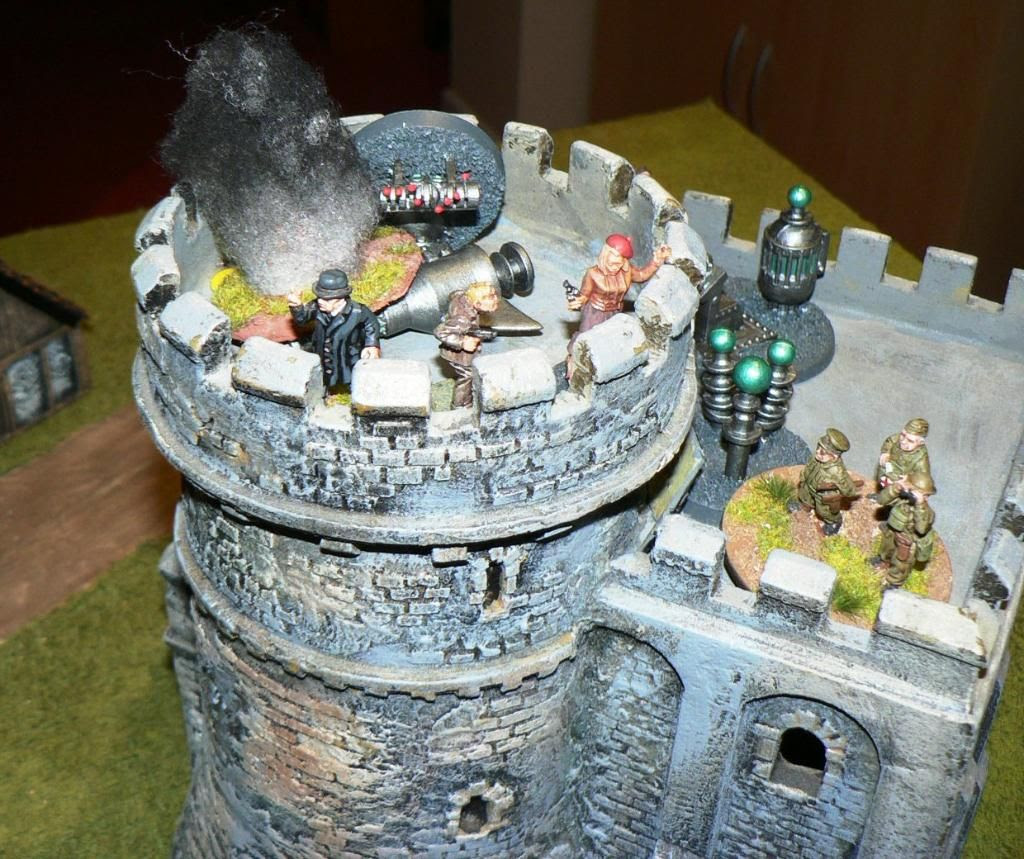 Time ran out for the Hun at this point!  Although the D-Ray and its creator were destroyed, the remaining force was unable to enter the castle to steal the secret documents of the ray's creator and in addition found its flanks threatened by the stout fellows of the castle's own LDV. We decided that the game was a draw!